Home NewsInternational Could U.S, UK Be Contradicting Themselves On “Genocide Against the Tutsi” Wording?
International

Could U.S, UK Be Contradicting Themselves On “Genocide Against the Tutsi” Wording? 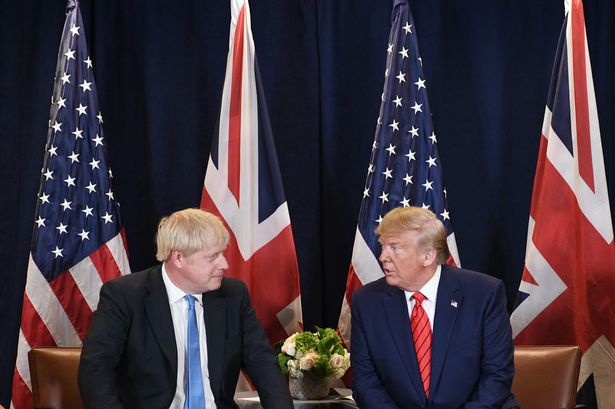 Rwanda has questioned the basis upon which the United States of America and the UK continue to express reservations on the wording of the “International Day of Reflection on the 1994 Genocide against the Tutsi in Rwanda” despite endorsing processes it was confirmed that the genocide in Rwanda was committed against the Tutsi.

On Tuesday, Rwanda reaffirmed and clarified on the global position on the naming of the 1994 Genocide against the Tutsi in the wake of renewed debates on the text, triggered by the circulation of letters submitted in the United Nations General Assembly in April by the United States and United Kingdom representatives. 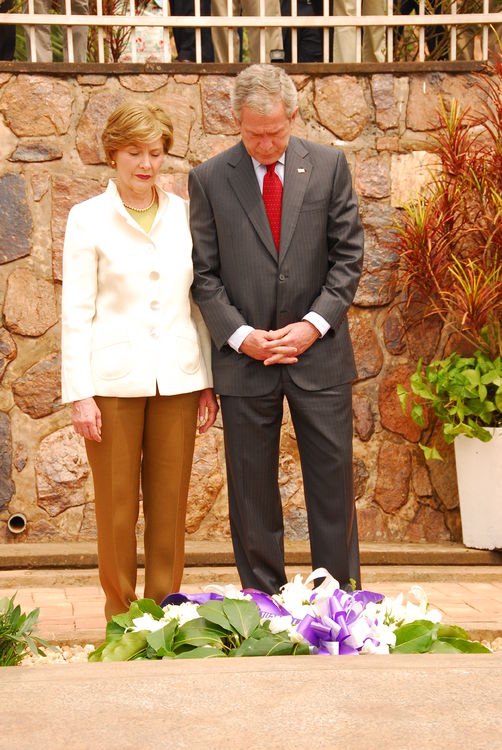 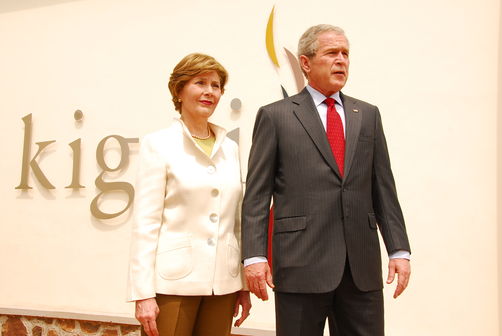 US knows. Former president of US, H.E George W Bush and the former first lady, Laura Bush paying tribute to 250000 victims of Genocide against Tutsi laid to rest at Kigali Genocide Memorial Centre

April 7 is the day globally marked as the day the 1994 Genocide against the Tutsi but both US and UK have not been adding the words ‘against the Tutsi’, including in their annual messages, continuously referring to it as “the Rwandan Genocide” and referencing the number of people killed as “800, 000 Tutsi and moderate Hutus”. Rwanda however maintains that the number of people killed, based on available information and research, exceeded one million and that the genocide was specifically planned to exterminate the Tutsi. Rwanda’s Permanent Representative to the United Nations Amb. Valentine Rugwabiza on Tuesday responded to reports that the US and UK are opposing the naming of the genocide, stating that the name of the day was adopted unanimously by the UN General Assembly and reservations expressed by anyone cannot change the internationally recognized wording.

“There have been some misleading reporting on the adoption of the UN General Assembly Resolution 74/273, entitled “International Day of Reflection on the 1994 Genocide against the Tutsi in Rwanda”, adopted by consensus by the General Assembly on 20 April 2020,”

“Let us be clear on the facts. Resolution 74/273 entitled “International Day of Reflection on the 1994 Genocide against the Tutsi in Rwanda” was adopted by consensus, meaning all 193 UN Member States have endorsed Resolution 74/273,” Rugwabiza said.

Amb. Rugwabiza said that Resolution 74/273 reaffirms and strengthens UN General Assembly Decision 72/550 of 26 January 2018, including in “expressing concern that many of the Genocide suspects continue to evade justice, and recognizing the importance of all states combating impunity …”

She explained that Resolution 74/273 “Welcomes efforts by Member States to investigate and prosecute those accused of the 1994 Genocide against the Tutsi, and calls upon all states to cooperate with the Government of Rwanda to investigate, arrest, prosecute or extradite all remaining fugitives.”

Furthermore, Amb. Rugwabiza said that Resolution 74/273 reaffirms jurisprudence established by the UN International Criminal Tribunal for Rwanda, that it is a “fact of common knowledge” that “between 6 April and 17 July 1994, there was a Genocide against the Tutsi ethnic group.”

“Some members, while joining the consensus of all 193 UN Members on Resolution 74/273, explained positions they had articulated during the negotiating process of Res. 74/273. Our response to their explanations is self-explanatory and available to public,” Rugwabiza said. 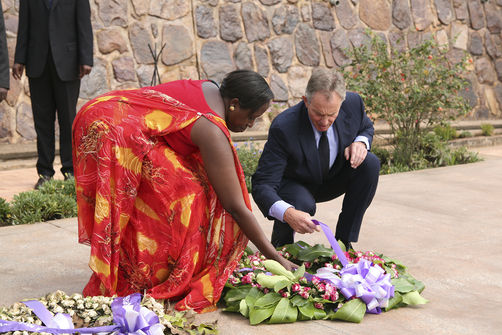 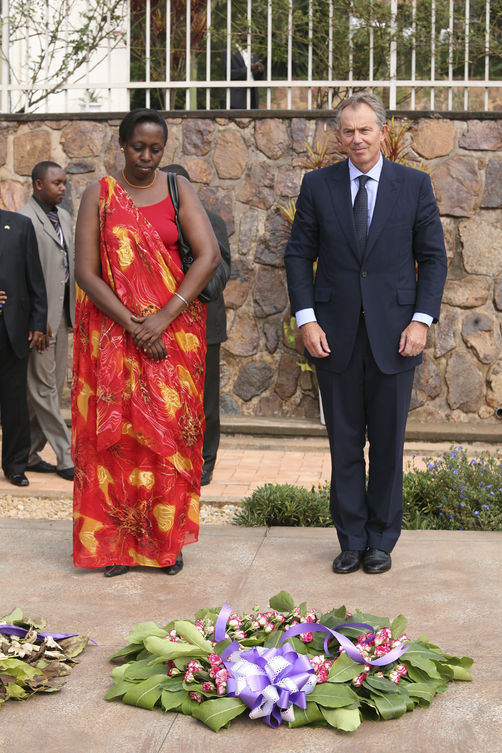 A letter by Permanent Representative Ambassador Kelly Craft explaining the U.S stand and another one by the Chargé d’Affaires of the UK Mission to the UN, Jonathan Allen, explained the stand of the two countries, expressing their reservations in the change of the text.

“As such, the United States is concerned that changes made to the text – starting in 2018 and extended today – narrow the focus of the resolution to the Genocide against the Tutsi in Rwanda, and fail to fully capture the magnitude of the violence that was committed against other groups,”

“Many Hutu and others were also killed during the genocide, including those murdered for their opposition to the atrocities that were being committed.  Failing to honor and remember these victims presents an incomplete picture of this dark part of history,” the US claimed.

UK also said it strongly supports the remembrance of victims of the 1994 Rwandan genocide and believe it is important to ensure that these commemorations recognize ‘all victims.’

In a letter dated April 29, Amb. Rugwabiza responded to the reservations submitted by the two countries, pointing out that both U.S and UK seem to contradict each other on the same historical facts they base themselves on to recognize the genocide in Rwanda and other UN resolutions.

“It is interesting to note that, while both explanations of position underscored the importance of historical facts and collective memory in averting the recurrence of genocide, they stated the exact opposite by distorting these very historical facts and by ignoring the Security Council resolutions and the International Criminal Tribunal for Rwanda jurisprudence to which they are both bound,” she said.

Rwanda referred to the General Assembly resolution 96 (I), dated 11 December 1946, which recognizes genocide as a crime under international law, defined in resolution 260 A (III), of December 9 1948, which refers to genocide as “any of the following acts committed with intent to destroy, in whole or in part, a national, ethnical, racial or religious group, as such.” 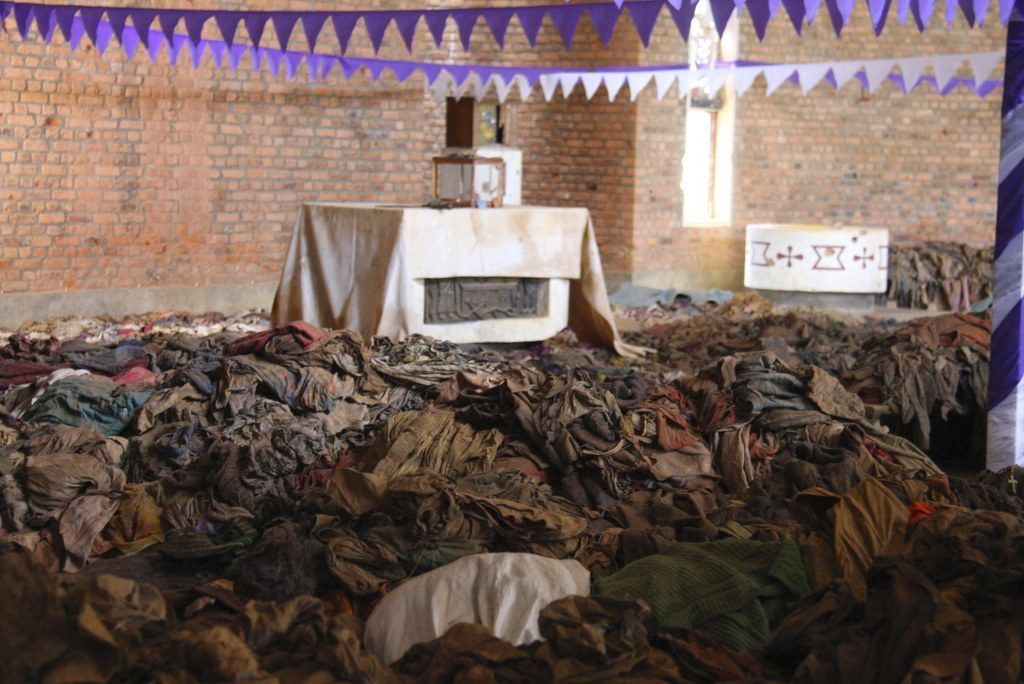 The acts may also include forcibly transferring children of the group to another group among other related crimes.

“The United Nations recognized that a crime consistent with that definition had been committed in Rwanda in 1994. Consequently, on 8 November 1994, the Security Council, in resolution 955 (1994), established the International Criminal Tribunal for Rwanda to prosecute persons responsible for the genocide committed between 1 January and 31 December 1994.

The Tribunal began its work in 1995 and formally closed on 20 December 2012, having indicted 93 perpetrators of genocide. Its remaining functions were transferred to the International Residual Mechanism for Criminal Tribunals on 1 July 2012. 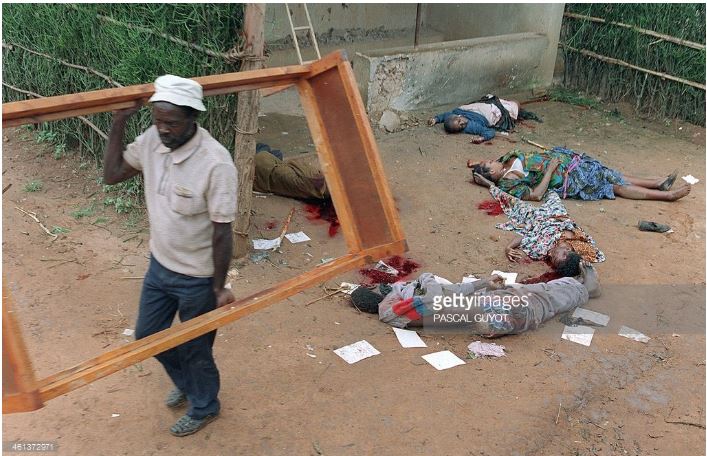 A story about the genocide on this link can be recommended to the readers in the UK and US and anyone who needs to understand the cruelty during the Genocide and the targetted group.jpg

Experts in International Law, like former Prosecutor General Martin Ngonga, who is also currently the Speaker of the East African Legislative Assembly (EALA) argue that U.S and UK expressing reservation on the wording is nothing but a formality which is not legally binding.

“Reservations don’t in any way diminish the substance of the resolution. They are meant to give the impression of consistency on past decisions that have lost currency/relevance without appearing to lose face. Ego is protected by choosing not to fight the resolution substantively,” Ngoga tweeted.

Genocide scholar Tom Ndahiro wonders what is behind the resurrection of the debate which had been closed a couple of years ago after the UN adopted the text adding “against the Tutsi” to the Rwandan Genocide.

“I think both countries’ political establishment is somehow detached from the facts of history. Sort of being in denial. There are 11 Belgians who were killed by genocidaires in Rwanda. Do we also include them?” 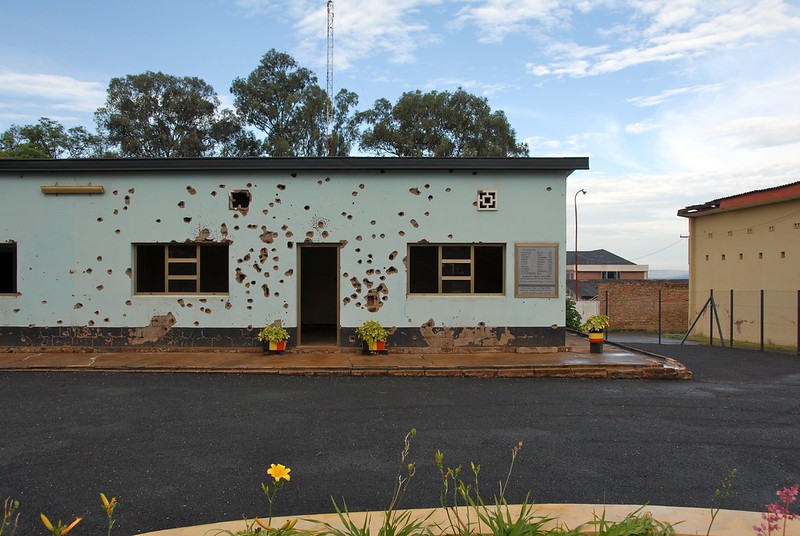 10 Belgian Peacekeepers killed in Rwanda were in this house

“I know a Canadian, her husband and children who were also murdered by genocidaires. That apart, ICTR judgments and several UNSC resolutions are clear, and both US and UK were among the key participants,” Ndahiro said, wondering why U.S and U.K would contradict themselves on precedents they approved.

Though the developments in the UNGA happened in April, the row over the wording emerged after the arrest of Felicien Kabuga, one of the most wanted architects of the genocide in Paris, France two weeks ago.