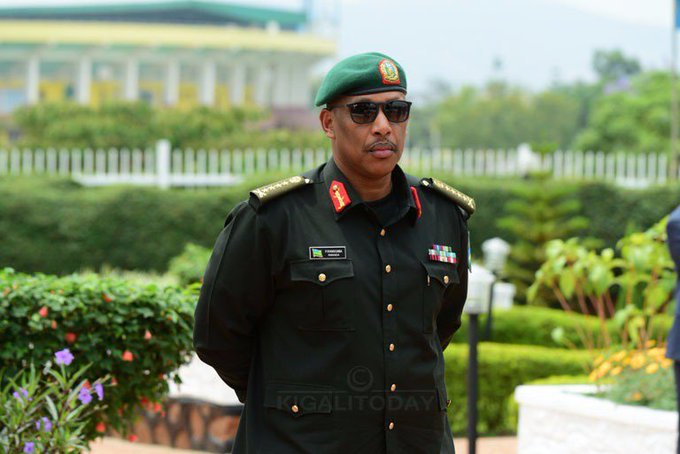 President Paul Kagame has removed General Patrick Nyamvumba from his duties as Minister of Internal Security, owing to matters of accountability under investigation- a communique from Prime Minister’s Office on Monday evening reads.

General Nyamvumba was appointed Minister of Internal Affairs on November 4, 2019. Prior to that, he was RDF Chief of Defence Staff. 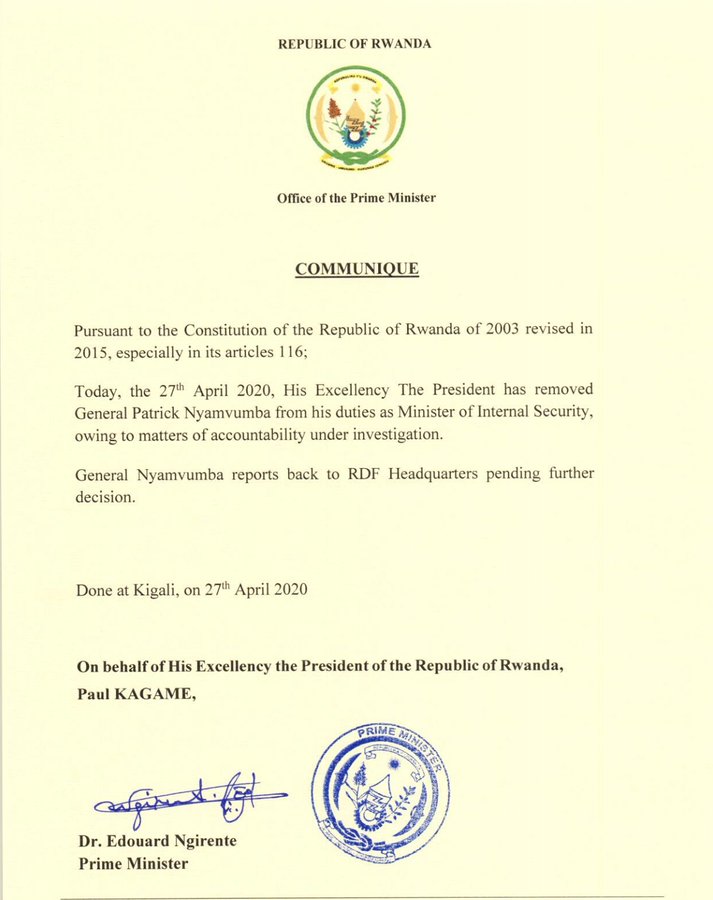