President Paul Kagame has today sacked Amb. Olivier Nduhungirehe, the Minister of State in the Ministry of Foreign Affairs and International Cooperation in charge of East African Community.

A communique signed by Prime Minister Dr. Edouard Ngirente reads; “Today, 9th April, 2020, the President of the Republic has removed from office Amb. Olivier Nduhungirehe for consistently acting based on personal opinions over Government policies while serving as Minister of State at the Ministry of Foreign Affairs and International Cooperation in charge of East African Community.”

Nduhungirehe who is social media active took to Twitter to thank the President for having given him an opportunity to serve for over two years.

“I am grateful to H.E @PaulKagame  for the trust bestowed in me for the past two years and half, when I was privileged to serve as Minister of State in @RwandaMFA  in charge of the East African Community. I am committed to continue serving my country & @RwandaGov  in another capacity,” he said. 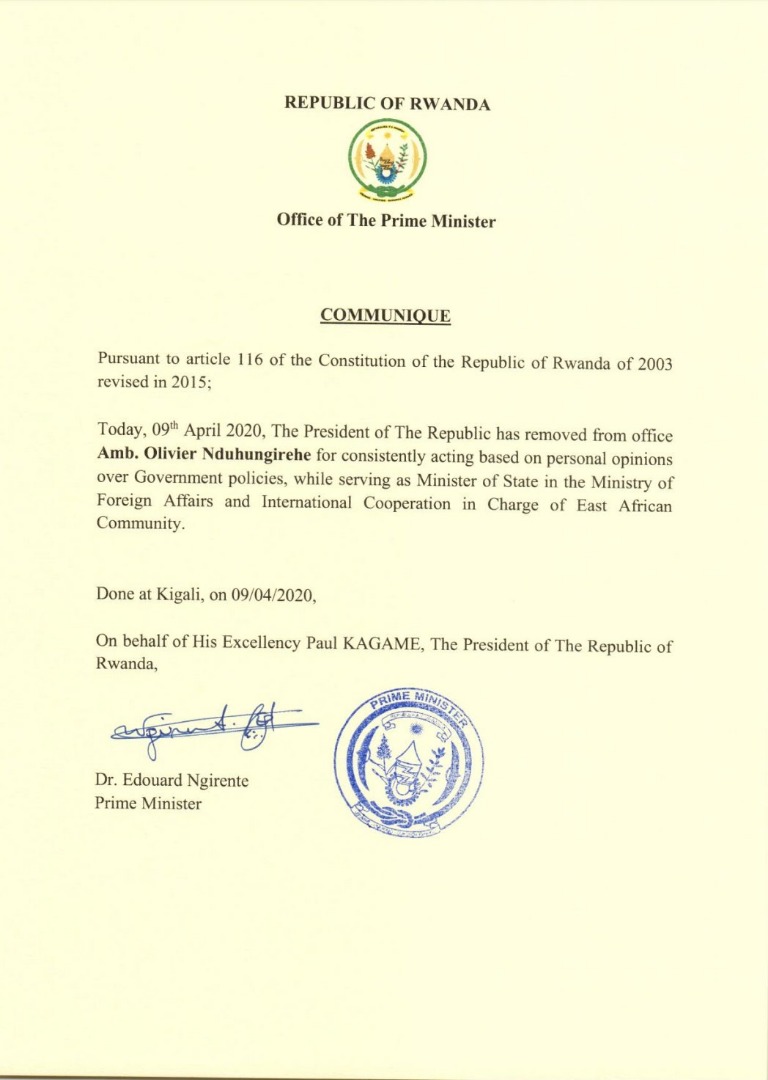