President Paul Kagame has joined the African Union (AU) and different African leaders in defence of World Health Organisation (WHO) and the Director General Dr. Tedros Adhanom Ghebreyesus at a time when the world body faces criticism over its handling of the new Coronavirus outbreak.

In a tweet, President Kagame concurred with the AUC chair, pointing out that targeting WHO and Dr Tedros at the moment diverts the world from the most urgent issue, which is the fight against COVID-19. Several African leaders have since come out to defend WHO and Dr Tedros.

Mahmat Faki said that he was surprised to learn that there is a campaign led by the U.S against WHO and Dr Tedros at the time when they needed all the support in the fight against the pandemic.

“Surprised to learn of a campaign by the US government against WHO’s global leadership. The African Union fully supports WHO and Dr Tedros. The focus should remain on collectively fighting COVID-19 as a united global community. The time for accountability will come,” the AUC chair said.

President Kagame similarly said that if someone must be held accountable, it should happen at a later stage but focus should be on stopping the virus which continues to claim lives across the globe.

“Totally agree, and asking this; is it Dr Tedros, WHO, China…under attack or all of them together? Let’s focus on the fight against this pandemic, whoever should be held accountable will come later and done properly. Save us too much politics, Africa does not need it. Who does?” President Kagame wondered.

“Dr. Tedros as leader of WHO has full confidence and support of Africa…as we know it!”

On Tuesday, President Trump launched an attack on WHO and threatened to withhold funding for the body for wrongly handling the new Coronavirus outbreak.

He accused the WHO of not being aggressive enough in confronting the virus, saying that “they called it wrong. They call it wrong. They really, they missed the call.”

President Trump made the remarks at a time when his government is facing criticism for failing to handle the outbreak which is wreaking havoc on the U.S. Trump has previously referred to it as the China Virus, continuously blaming China for its spread though he later stopped using the name.

African leaders have come out in full defence of WHO and Dr Tedros, who recently said that Africa would not allow to be the laboratory for trials of COVID-19 vaccines.

President Ramaphosa called for cooperation and solidarity in the first against COVID 19, pointing out that the efforts of WHO and Dr Tedros are remarkable.

“The most potent weapon against #COVID19 and its devastating health, social and economic impact is international cooperation and solidarity, which is why the exceptional leadership displayed daily by WHO and Dr Tedros during an unprecedented global public health crisis is incalculable,” he said.

The Presidency of Nigeria also issued a statement standing with WHO and Dr Tedros amid calls that he should resign. 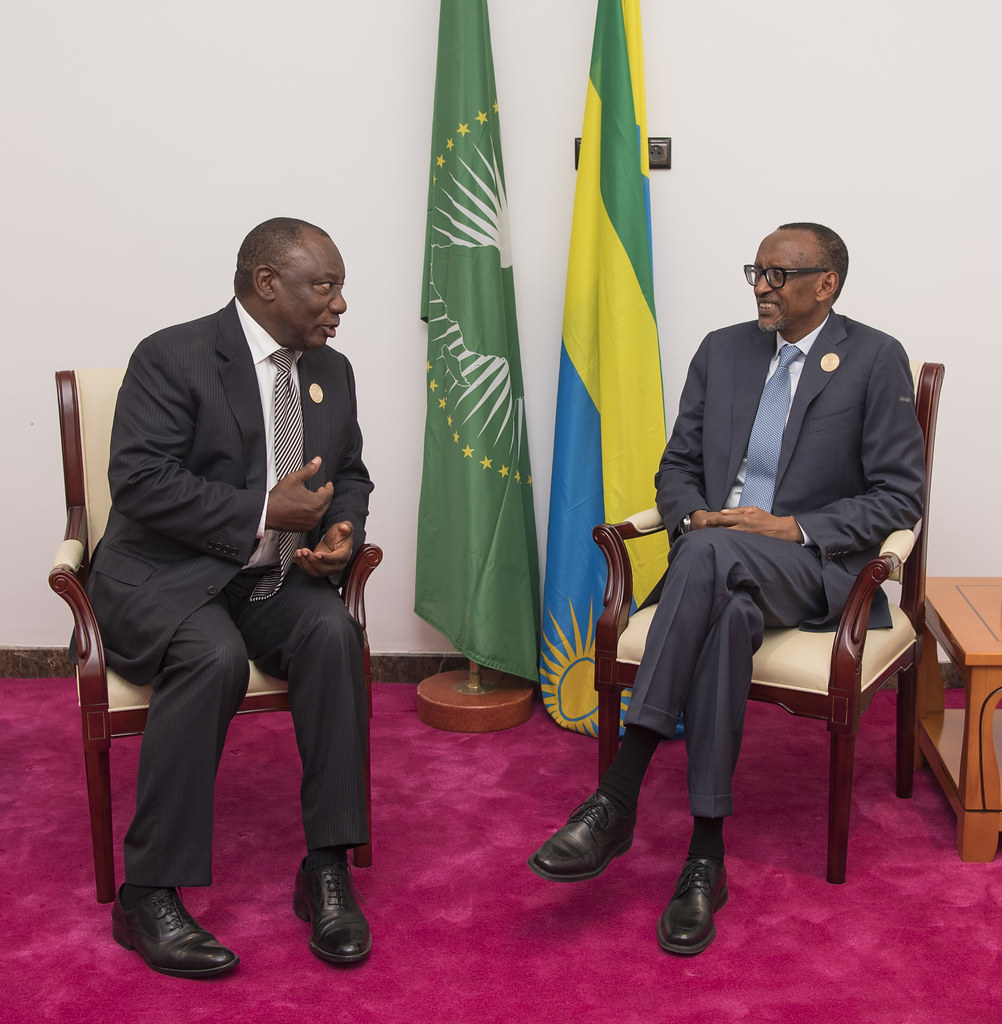 Namibian President Hage Geingob also expressed his solidarity with WHO and Dr Tedros, pointing out that the organisation, under the stewardship of Dr Tedros, has shown itself to be a true flag-bearer of multilateralism when global solidarity has become critical.

“Let’s hold hands in this crucial moment and focus on what matters, saving lives,” Geingob said.
Senegalese President Macky Sall also called for a united front in at the continental and international level, commending the leadership of WHO in the fight against the pandemic.

“The leadership of the World Health Organization is also to be commended. It would be more effective in fulfilling its mission with an increased mobilization of resources in its favour, better support for its Global Alert and Response System, and greater support for national public health systems,” he said in a statement.

Addressing the press in a virtual press conference on Wednesday, Dr Tedros highlighted some of the key milestones WHO has registered in the fight against COVID 19, pointing out that the organisation has done its part in facing COVID-19 and has nothing to hide, regardless of the threats.

President Trump has been criticized for shifting goal posts and putting blame elsewhere rather than address the challenges the US is facing in the battle against New Coronavirus.