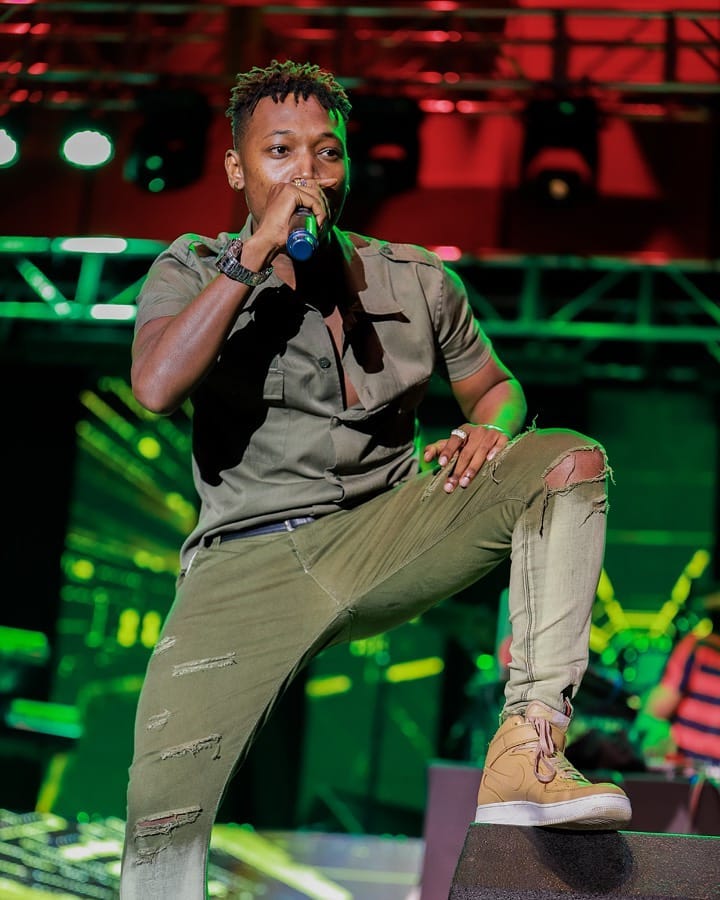 Dancehall star Sintex real name Arnold Kabera admits that he separated with ex-beauty queen Yvette Mukeshimana and doesn’t have time for dating as he only wants to focus on his music career.

Sintex and Yvette breakup news rocked showbiz tabloids recently and his latest song “Love story” was also rumored to be talking about his personal love journey but he refuted it.

The Calculator hitmaker cleared the air that the new song doesn’t have anything to do with his ended relationship.

“Am sorry to my fans who didn’t receive well the news of the breakup. I am single now and I want to invest all of my time into elevating my music career,” Sintex

Both Sintex and Yvette have been dating for almost 5 years before calling it quits.

According to the young dancehall star, he will release the video later as he is into releasing more audio songs due to covid-19 effects.

Sintex has been doing music since 2012, but with little visibility.

In 2017 when Arthur nation entertainment signed him as its only artist to always grace the annual comedy festival dubbed Seka Live, he has used the platform wisely hence boosting his visibility.

Sintex is one of the upcoming musicians that are doing steadily well on the music scene and have already gained public trust as genius artists including Ariel Wayz, Igor Mabano, Nel Ngabo and Mike Kayihura.