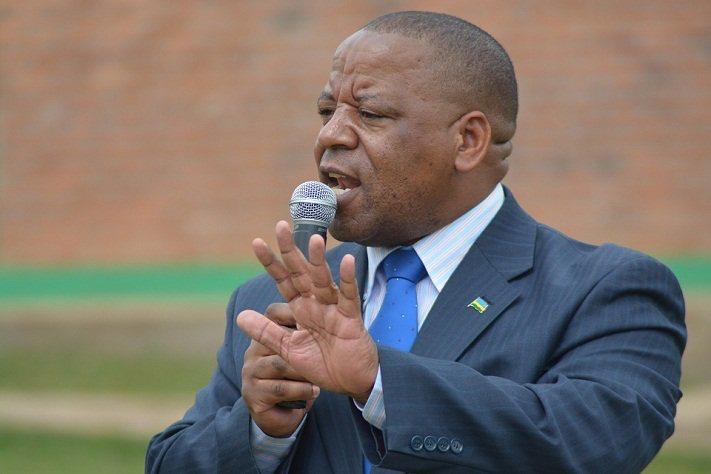 News has it that he died from a short illness. Staff from the Ministry of Local Government where Bosenibamwe reports said that on Friday, May 22, he attended the Senior Management Meeting at the ministry.

Bosenibamwe was in civil service for several years now.

He served as Governor of the Northern Province before his latest appointment as Director-General of National Rehabilitation Service(NRS) in 2017.

He started his carrier as a teacher of agriculture in Kibuye and Kibungo respectively in 1999 in Agri Vet high Schools after graduation from the University of Lubumbashi in DRC where he got a Bachelor of Agriculture Technology.

Since 2000, he joined the local/central government. He served as Executive Secretary of Kibungo Prefecture and, two years later as a Director in Umutara Prefecture.

He once served as Director of Extension in the Ministry of Agriculture.

Between 2006-2009, he was elected mayor of Burera district in Northern Province and in 2009 he was appointed Governor of the same province, replacing Boniface Rucagu who was then appointed Chairman of National Itorero task force.

A committed Christian, member of Baptist Church, Bosenibamwe was husband to one wife and father of five children.

Bosenibamwe will be remembered for his courage and hardworking.

“This is very bad news sincerely. RIP My Comrade Bosenibamwe. You have been a Brother, a friend, a colleague, an adviser, an Inspiring person for over 15years,” writes Jean Marie Vianney Gatabazi, his successor as Governor of Northern Province.