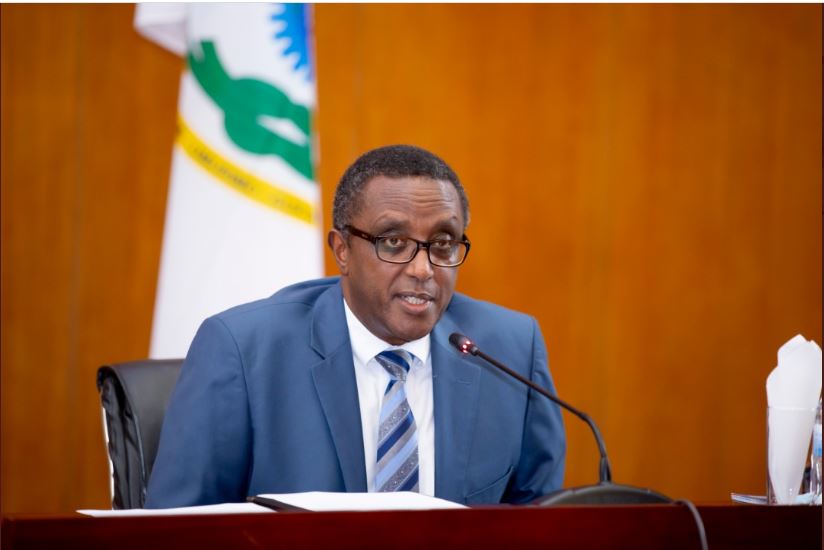 Despite Uganda showing mixed signals, Rwanda says relations between the two countries are on the mend despite the New Coronavirus outbreak hampering the progress the two countries had made with the facilitation of Angola and the Democratic Republic of Congo (DRC).

This was said by the Minister of Foreign Affairs and Intermational Cooperation Dr. Vincent Biruta on Friday during a press briefing on the state of the East African Community (EAC) and regional efforts to fight COVID-19. The briefing followed a consultative meeting which brought heads of state of Rwanda, Uganda, Kenya and South Sudan on Tuesday.

Dr Biruta said that the pandemic struck when the countries had agreed on the next steps during the last summit which was held at the Gatuna/Common Border in February but the schedule was interrupted by the outbreak of New Coronavirus.

He, however, said the countries have been discussing to see how to proceed with the talks using other means such as virtual at this time.

“We have been talking to Uganda and Angola, particularly, assessing how we can continue with the talks using modern technology which can allow the Ad Hoc Commission to meet again and agree on what we can address among the resolutions we agreed on in the meantime as we wait for travel to be possible,”

“We are looking at how we can resolve some of these issues we discussed much as meetings are not possible yet and see what we can do next when the COVID-19 situation subsides,” Dr Biruta said.

Dr. Biruta said that Rwanda has been receiving mixed signals from Uganda where on one hand there are Ugandan officials on Twitter proclaiming that things are getting better while on the other hand, more Rwandans are being arrested in Uganda.

“But we can also note that there are Rwandans who are likely to be released next week, about 174 of them. Those are mixed signals but I can say there is a way to move in the right direction,”

“But as for the statements from high ranking officials, sometimes you wonder whether these are individual statements or official positions,” Dr. Biruta said when asked about Uganda’s First Son Gen. Muhoozi Keinerugaba Tweets proclaiming that Uganda and Rwanda are family and will overcome the crisis.

“You can have that kind of statement today and tomorrow you have another statement from high ranking official going in the opposite direction. This is why I am saying that those are mixed signals,” Dr Biruta explained.

He, however, said that Rwanda looks to build on positive signals to move towards restoring ties with Uganda.

“We can build on positive actions like the release of Rwandans who were detained in Ugandan prisons to move in the right direction. We are talking. On a daily basis, I am talking to my colleague in Uganda who stated they are exploring ways of trying to organise a video conference for the Ad Hoc Commission and eventually, later on, the summit,”

“But I believe that between these meetings we can work on issues which were raised. The release of Rwandans who are detained is a good signal. It is a positive signal that shows that we do much better,” the Foreign Affairs Minister said. 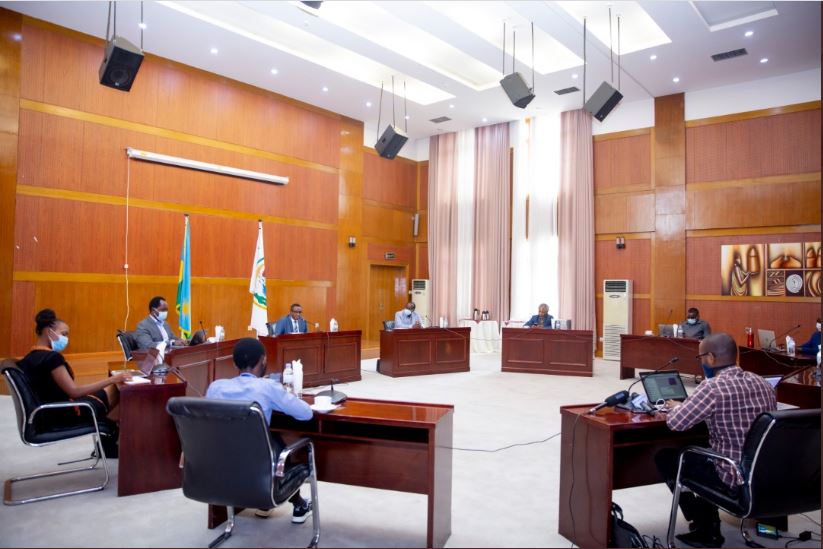 He, however, said that he is not sure of the number of Rwandans in Ugandan prisons but he said that they are many.

On the reopening of Gatuna One Stop Border Post, Minister Biruta said that it was part of the conversation in the previous summit held at Gatuna/Katuna Common Border in February and when the right time comes, it will be reopened to allow the smooth flow of goods from the northern goods.

However, he said the free movement of people will largely depend on how the countries manage to deal with New Coronavirus and ensure the safety of citizens.

The new Minister in charge of East African Community (EAC) at the Ministry of Foreign Affairs and International Cooperation, Prof Nshuti Manasseh said that Rwanda is hoping that Uganda will continue to focus on concrete actions towards resolving the crisis instead of officials focusing on making sentimental statements.