World Hepatitis Day: WHO Calls For Eradication of Hepatitis B Among the Newborns 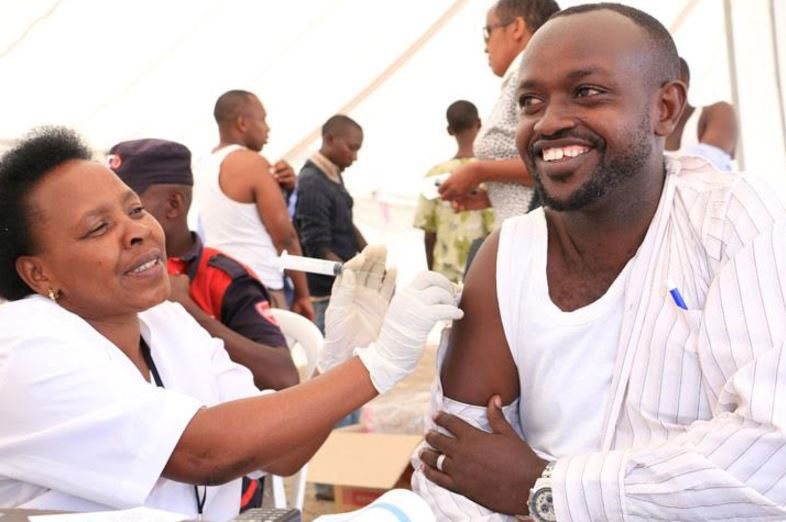 On 28 July, 2020, the world celebrates world hepatitis day with the World Health Organization (WHO) calling upon governments to focus on preventing the disease among mothers and newborns.

According to WHO, viral hepatitis is an inflammation of the liver that causes a range of health problems, including liver cancer. This year, the world will commemorate hepatitis day under the theme “Hepatitis-free future.”

The proportion of children under five years of age chronically infected with hepatitis B (HBV) dropped to under 1% in 2019 from 5% in the pre-vaccine era (the period between the 1980s and the early 2000s), according to WHO.

In Rwanda, a total of 4% out of the 12million population is estimated to be infected with hepatitis c, but the government has set targets to eliminate the virus by 2024.

Hepatitis B is not treatable but can be vaccinated while Hepatitis C can be treated ‘but at an expensive’ cost at about Rwf65million ($78000).

For treatment of hepatitis C, Lt Col. Dr. Tharcisse Mpunga the State Minister in the ministry of health announced that no Rwandan will fail to get treatment by the year 2021.

“Government’s plan from 2019 to 2021 is to ensure that all Rwandans with hepatitis C who don’t have access to medication, will be able to get treatment and cure of the disease,” Mpunga told citizens during one of the community work on March, 2020.

Globally, hepatitis B and C lead to chronic disease in about 500 million people. Together, they are the most common causes of liver cirrhosis and cancer.

“No infant should grow up only to die of hepatitis B because they were not vaccinated ─ today’s milestone means that we have dramatically reduced the number of cases of liver damage and liver cancer in future generations,” said Dr Tedros Adhanom Ghebreyesus, the WHO Director General.

“Preventing mother-to-child transmission of hepatitis B is the most important strategy for controlling the disease and saving lives. Even in the midst of the COVID-19 pandemic, we must ensure that mothers and newborns have access to life-saving services including hepatitis B vaccinations.”

On World Hepatitis Day 2020, WHO is calling for united and stepped-up action to build on this achievement through intensified efforts to prevent mother-to-child transmission of HBV through testing pregnant women and provision of antiviral prophylaxis to those who need it and maintaining and expanding access to hepatitis B immunization and birth dose vaccine.

To protect children, pregnant women should be given antiviral treatment to reduce mother-to-child transmission of HBV. WHO also recommends routine testing of all pregnant women for HBV, as well as HIV and syphilis as early as possible in their pregnancy.

According to WHO, Pregnant women who test positive for hepatitis B infection and have a high level of HBV in the blood (known as HBV viral load) should receive preventive antiviral therapy with tenofovir from the 28th week of pregnancy until birth.

In settings where HBV viral load testing is not available, WHO recommends the use of an alternative low cost test (HBeAg) to determine whether a woman is eligible for preventive antiviral therapy.

In countries that have already achieved high coverage of hepatitis B immunization, including timely birth dose, routine testing for HBV infection among pregnant women and antiviral prophylaxis for those in need is an additional opportunity to prevent onward transmission from mother to child.

Globally, more than 250 million people are living with chronic HBV infection. Infants are especially vulnerable: about 90% of children infected with HBV in their first year of life become chronic HBV carriers. HBV attacks the liver and claims the lives of nearly 900 000 people each year.