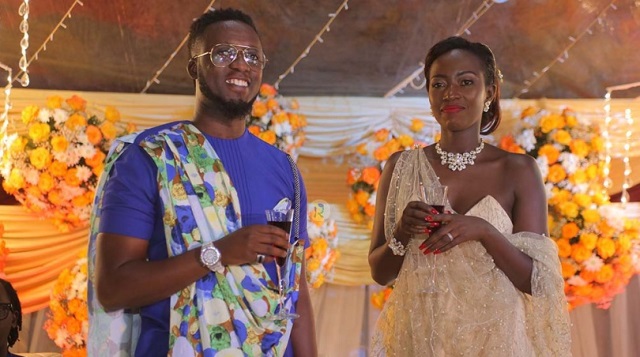 Early this year Safi joined his wife in Canada, but the couple indifferences escalated and resulted in Judith Niyibikora holding Safi’s passport.

According to friends of the couple in Canada, after the scuffle, Safi sought refuge in a friend’s house and started figuring out how to start a new life on his own.

The ‘You Got It’ singer revealed that he was aware of ongoing separation rumors but he couldn’t address them because “he was busy gathering himself together.”

“It’s true I separated with my wife Judith due to trust issues and some unresolved differences that couldn’t allow us to stay together. Nowadays I am focusing on my music career. I will drop new songs very soon,” says Safi.

Safi and Judith said I do in July 2017, in a guarded wedding ceremony which was attended by a few invited guests especially those from close family and trusted friends.

After the marriage, the wife returned to Canada and rumors started hitting media that they had separated secretly when Niyonizera found out that Safi was allegedly still moving out with some of his old girlfriends including one called Parfine.

However, the two rubbished the rumors and threatened to sue bloggers and tabloids that continued to “tarnish their image with fake news.”

Early this year when Safi travelled to Canada, he hoped to live a good life with wife Judith but instead things turned sour leading to the couple to call it quits after only three years in marriage.

Safi parted ways with Urban Boys in 2017, sighting need to pursue his solo career and he married in the same year a Rwandan-Canadian Judith Niyonizera.

The sensational music star boasts of songs like Igifunguzo, My hero, Good morning, Kontwari and many more featuring local and regional musicians like Harmonize including I love You which he released while in Canada.