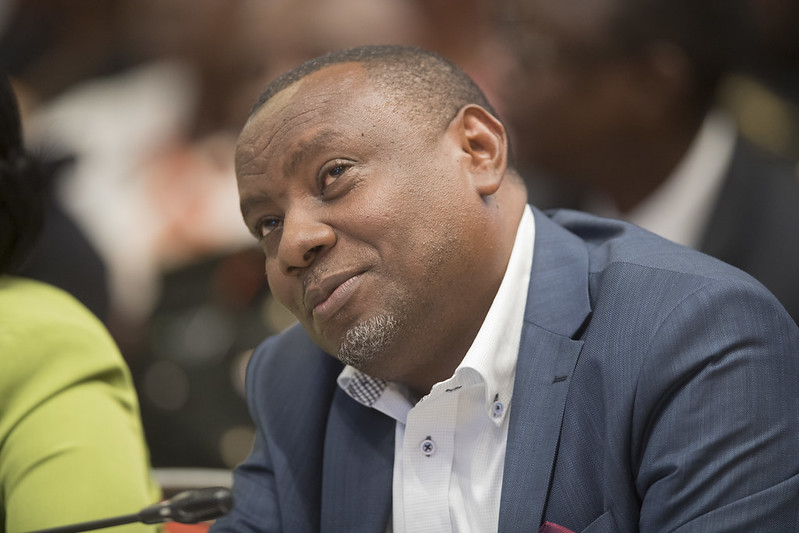 A Nyarugenge district court has postponed the trial case of former Minister  of State in charge of Primary and Secondary Education, Dr. Isaac Munyakazi after a co- accused suspect failed to appear in court, September 9.

Dr Munyakazi was last year involved in a scandal in his docket in which he was accused of taking a bribe of Rwf500,000 to interfere with the process of releasing national exam results while ranking high some schools which had performed poorly.

Munyakazi subsequently resigned from his functions in February 2020 but his case was followed up with investigations and submission of a court case since June 30 by the National Public Prosecution Authority (NPPA).

He and co-accused Abdou Gahima were supposed to appear before the Nyarugenge intermediate court to answer various charges of corruption especially on how the alleged bribe payment was made.

Gahima, an official of Good Harvest Primary School which was among the top ten best performing schools in 2019, is alleged to have enticed the former state minister to alter the final school ranking to improve the schools public image and enrollment.

Gahima’s defense team said that their client was this Wednesday not able to stand trial in person as they had wished, because of health reasons and asked court to postpone the hearing of the charges levied on both suspects.

Both the prosecution and court judges agreed to the request and set September 17 as the next date for hearing the charges.

According to the penalties in the anti-corruption law, if found guilty, the two suspects will stand a jail sentence of between 3-7 years.

If court finds that the suspects intentionally broke the law (on corruption) they stand more than ten years in jail and a fine that is thrice or five times the amount pocketed.