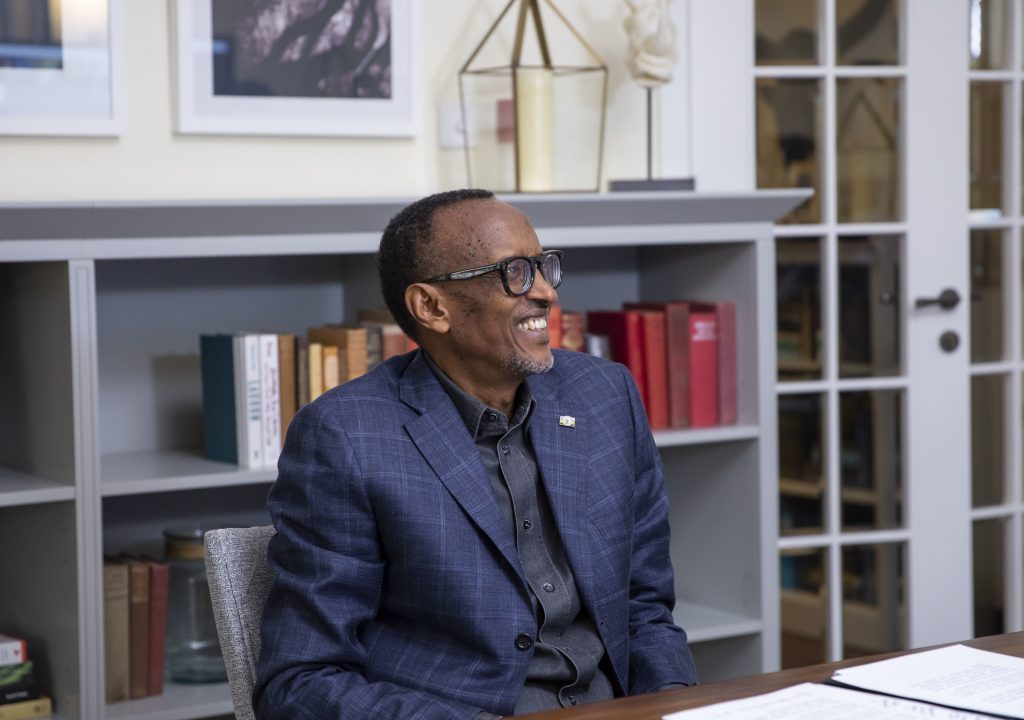 President Kagame addressed the youth on their role in transforming Agriculture on the continent. All Photos/Village Urugwiro.

Sustainable Agricultural transformation for the African continent cannot be achieved without the involvement of the youth who must be put at the centre of efforts to modernize the sector to expand Africa’s food basket.

This is what was agreed upon by African leaders, including President Paul Kagame, at the virtual closing ceremony of the African Green Revolution Forum (AGRF) on Friday evening.

President Kagame joined African leaders to call on African youth to become the center of transforming the agricultural sector on the continent, pointing out that this must happen now or never.

The head of state made the call while delivering an address at the closing of the first ever virtual annual AGRF which has been held in Kigali with over 10,000 participants online.

The presidential meeting was attended by the chairman of the African Union Commission (AUC) Moussa Faki Mahamat, the Prime Minister of Israel Benjamin Netanyahu, AGRF Board Chairman and former PM of Ethiopia, Hailemariam Desalegn and the United Nations Deputy Secretary-General, Amina J Mohammed. 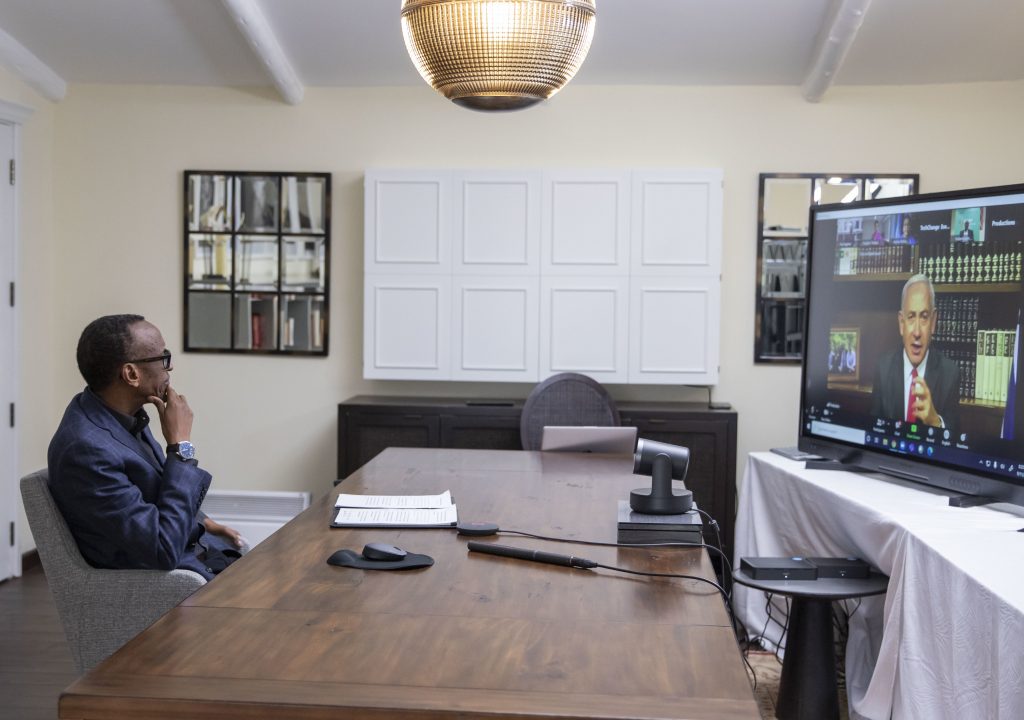 President Kagame on his part said that though youth are up to the task, it will be up to the young people to seize the opportunities available to fundamentally change the business of food in Africa.

“It’s like an aircraft on the runway, it has to fly. Our continent should not be that aircraft that has just remained on the runway and never took off and flew to greater heights.” President Kagame told the conference meeting.

“Doing so requires investing in modern technology, including irrigation, improved crops, as well as more efficient markets and distribution channels”

The Head of State cited the Howard Buffett project in Eastern Rwanda where millions of dollars have been invested in improving farmers’ livelihoods, something he said was an example of what should be done to transform lives of farmers at scale and in a sustainable manner.

“In Rwanda, we have been working to demonstrate that our farmers can achieve significantly higher productivity and income from agribusiness. Doing so requires investing in modern technology, including irrigation and improved crops, as well as more efficient markets and distribution channels,” President Kagame said.

“The work we have been doing with the Howard Buffett Foundation at the Nasho Irrigation Cooperative in eastern Rwanda aims to show that farmers’ livelihoods can be successfully transformed, at scale and in a sustainable manner,” he added.

However, on food consumption Kagame said that Africa is a bread basket which can be used to feed its people instead of importing food from outside but more work needs to be done by youth.

Kagame said that the only reason why Africa is importing food from outside the continent is that it simply has not been a priority to add value to Africa’s own products and do more business with each other.

He said this will change with the African Continental Free Trade Area (AfCFTA) coming into force and the impact is already being felt, but young people have to jump on the opportunity.

“This has started to change, but it will be up to the young people represented here to seize the opportunities available to fundamentally change the business of food in Africa. I know you are up to the task,” Kagame said.

For youths who have managed to lead the way in transforming the agro-sector in Africa, the AGRF awarded them with outstanding prizes for leading the way, with hope that other youths will follow through. 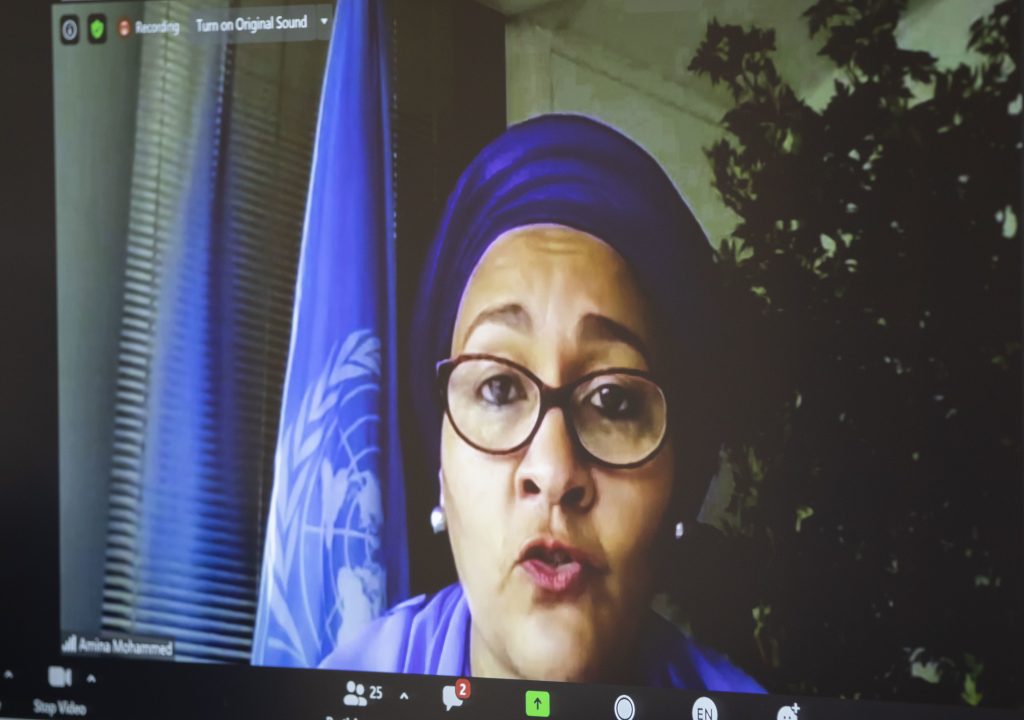 The United Nations Deputy Secretary-General, Amina J Mohammed said that the development of African food systems should not leave behind anyone, especially women and youth.

Regarding the awards, the agro-impact award was handed to Elisabeth Gikebe founder and CEO of Mhogo Food from Kenya, which processes cassava tubers into fortified and nutritious flour and Millicent Agidigbo, co-founder of Archivers Foods in Ghana, which developed self-stable organic tea, juices and powder which provide iron rich sources from turkey berries used by pregnant mothers.

Among the GoGettaz Agripreneurship Prizes, Daniella Kwayu, founder of Phema Agri, a digital agri technology company that helps to de-risk agricultural value chains and enable financing to small holder farmers; while Rwandan youth and youngest agropreneur of the year, Moses Katala, 23, Co-founder of Mago Farms Rwanda which focuses on organic proteins made from insects to create high protein and affordable feed for poultry.

Ethiopian Prime Minister Dr Ahmed Abiy Ali also addressed the session which focused on transforming African food systems, highlighting what his country has done to turn around its agricultural fortunes over the past decade or so. 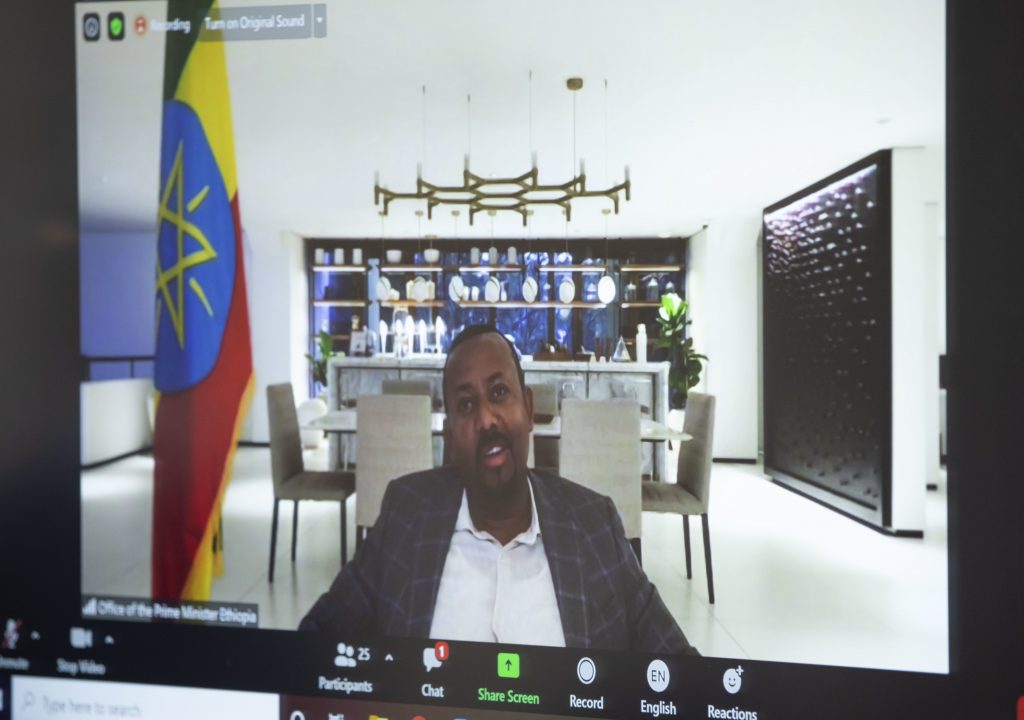 Ethiopia PM Dr Abiy Ahmed called for the action to support women and youth to continue contributing to the agriculture sector.

AGRF Chairman, Desalegn said that there is need for more of such efforts and the target of the AGRF cannot lose focus on its agenda of feeding the continent and the target is to get more African countries on board so that this can happen holistically.

“We must do more for the goals we have set for ourselves but also do more so to eradicate hunger on the continent and to provide nutritious food for all and we must do more to achieve the targets of the Malabo declaration,” Desalegn said. 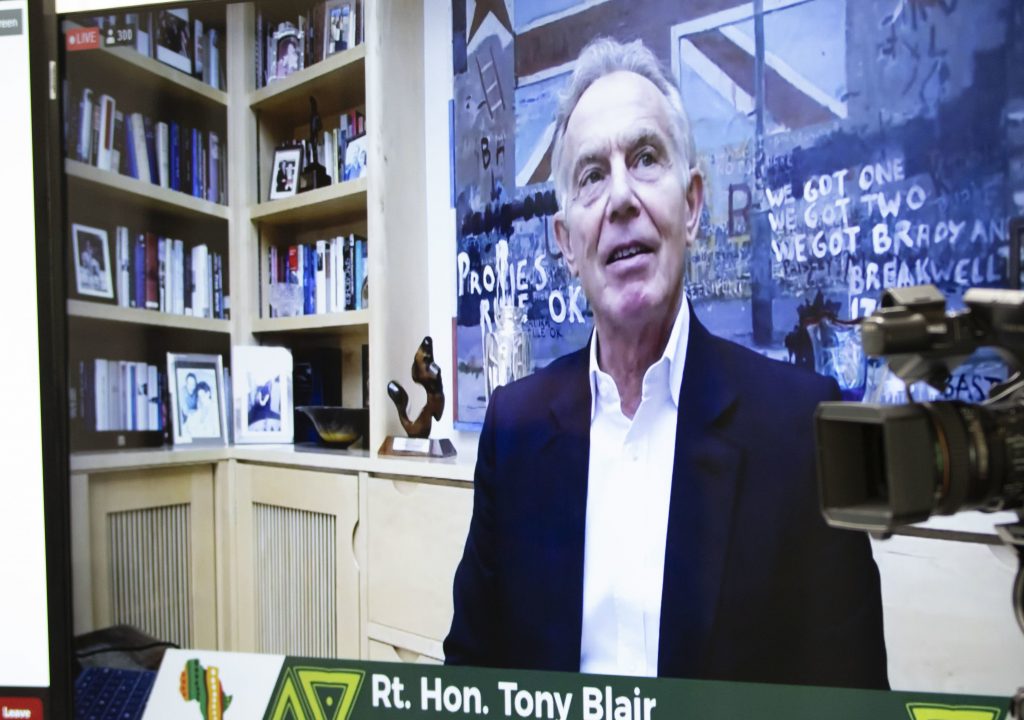 The summit began on September 8 and ended on Friday, September 11, attracting thousands of participants who did so virtually due to New Coronavirus restrictions which could not permit physical attendance of delegates.