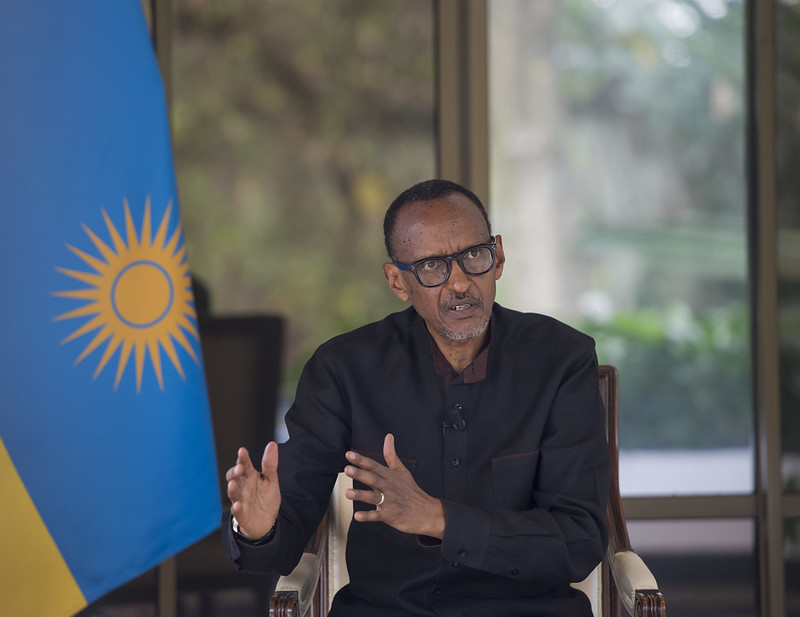 President Paul Kagame spoke out for the first time on the circumstances under which self-styled humanitarian and politician Paul Rusesabagina was arrested, ruling out claims that he was kidnapped.

The Head of State made the remarks on Sunday during a televised talk show in which he took questions from local and international journalists as well as citizens.

As expected, President Kagame reacted to questions on Rusesabagina, pointing out that the debate on whether he is a hero or not does not concern him, but what concerns him more are his actions which include forming armed groups that launched attacks on Rwanda, killing and injuring innocent citizens. 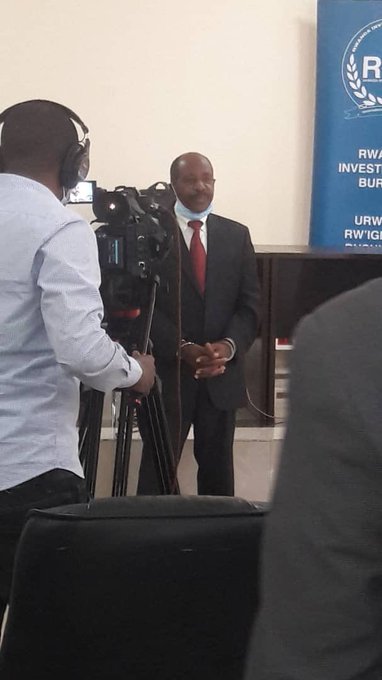 Giving a historical background of events, President Kagame said that the world focused on one part of  Rusesabagina being portrayed as a hero and disregarded his other deeds, including forming National Liberation Forces (NLF), which attacked Rwanda between 2018 and 2019, despite the fact that there is a lot of evidence out there, of him taking responsibility of the terror attacks.

The Head of State said that he wished the media and others levelling accusations against Rwanda would go by the facts and even investigate further to find out the truth about Rusesabagina rather than reproducing the same type of story.

President Kagame said that there has been no effort by Rwanda’s accusers to ascertain how Rusesabagina became an associate of the armed groups or even a leader of different outfits that are responsible for attacks on Rwanda’s territory.

“They have names FLN, MRCD and so on and so forth…. these groups that Rusesabagina was leading or is one of their leaders, killed people in the southwestern part of our country, in about three districts,” President Kagame said, adding that it is not long ago when these events happened.

“So, there are victims, there is information known by the local people, Rusesabagina himself knows it, he tells the story. He even told the story before he came to be here. There are many records or recordings about that. He himself bragging about it, talking about it,” President Kagame said.

President Kagame said that even if those criticising Rwanda wanted to ignore what other people are saying, they should pay attention to what he himself said in different videos in which he took responsibility of the attacks.

How he got to Rwanda

President Kagame also addressed questions on how Rusesabagina ended up in Rwanda, emphasizing that there was no crime committed, adding that it rather has more to do with himself and not anybody else.

“In fact, how he got here was more to do with himself than anybody else. It’s like if you fed somebody with a false story that fits well in his narrative of what he wants to be and he follows it and then finds himself in a place like that,” President Kagame said without giving more details of how it happened.

He pointed out that when time comes, Rusesabagina will tell the people how it all unfolded, emphasizing that those who are saying that there is a need to know more on what the government must have done for Rusesabagina to end up in Rwanda will be surprised when the details eventually come out.

He said that in the end, those accusing the government will have Rusesabagina to hold responsible for his getting to Rwanda.

President Kagame also responded to those urging Rwanda to do ‘this or that’ now that Rusesabagina is here, in order for him to get a fair trial, saying that Rwanda is open-minded in the way it does its things and does not need to be reminded of its responsibilities, especially when it comes to doing the right thing.

“We are very open-minded. We listen. We want also to get things right. It’s not just because The New York Times will be stating it or inquiring about it or somebody else is saying ‘remember to do this’,”

“No, we are fully aware of our responsibilities and obligations, even in a case like this one that attracts so much attention, even unnecessary attention, but it is there. So, we know how to deal with that and it will be done in the open,” President Kagame said.

He added that those who are interested in transparency and fairness should know that Rwanda is really obligated to do that as well and people should not have any worries about that going forward.

President Kagame said that there are those who will not be satisfied regardless of what Rwanda will do because they are keen on maintaining Rusesabagina’s ‘hero status’ even if they are aware of the nasty things he has done and that on the basis of his activities many people died.

He said that there is a group of people who feel there shouldn’t be a case against him and want to maintain him as a ‘hero’ they created regardless of what he did and will insist that the status quo is maintained at the expenses of Rwandans who suffered at his hands -something he said is different story.

“It’s a different story in the sense that it’s like you’re telling me you created a story or a narrative here, you know why you are doing it. It was in your own interests not in the interests of Rwandans,”

“So even then, we need to simply satisfy those who created the stories that we do what they want us to do. I think this is going to be found to be more complicated than some people think,” President Kagame said, warning those intending to put Rwanda under pressure to do what they want.

He said that Rwanda minds her business and her responsibility, which is the security and safety of her citizens and if anybody doubted that, they will continue to see more developments in the coming days.

President Kagame also revealed that apart from Rusesabagina, there are other individuals who were involved in terrorism and subversive activities who were also legally arrested and brought to Rwanda and will be presented in courts of law soon.

Asked whether Rusesabagina was kidnapped, hoodwinked on tricked into ending up in Rwanda, President Kagame did not directly reveal the circumstances the ‘Hotel Rwanda’ protagonist ended up in Rwanda but he ruled out kidnapping as one of the means in which he was brought in.

“Well, first of all, let me eliminate the one of ‘kidnapped’ that was not the case and Rusesabagina can attest to that in himself. There was no kidnap, there was no wrongdoing in the process of his getting here,”

“He got here on the basis of what he believed and wanted to do and he found himself here. It is like dialing or calling number you want to call to get in touch with somebody and you find that you have called the wrong number,” President Kagame explained.

The Head of State emphasised that there was no kidnapping and that from what he was told when he asked the people and institutions involved and responsible for dealing with such cases, the process was flawless.

During the interview, President Kagame responded to a question by Josephine Mukashyaka, the widow of Fidele Munyaneza, who was killed by FNL attackers in July 2018.

Mukashyaka said that her wish is to see that justice is served and those who were affected by the attacks are fully compensated.

President Kagame promised her that the government will continue to support the affected families, much as it can’t replace what they lost, including their loved ones while the rest will be addressed in courts of law.

Rusesabagina was presented to the media last week by Rwanda Investigation Bureau (RIB), which said that he was arrested through international cooperation and will face charges including terrorism, forming an illegal armed group, among other charges.