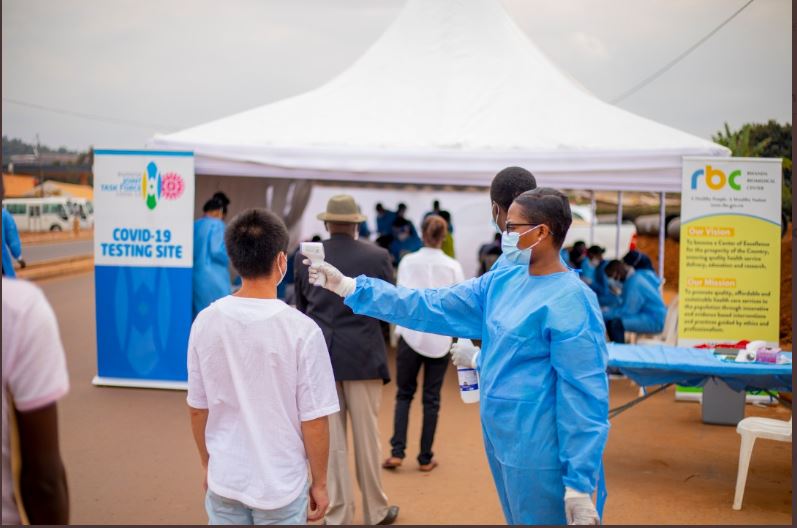 A health worker tests a person.

It was with the shaky confidence of someone who fears being found out, that the taxi driver stated as firmly as he dared, that the New Coronavirus was all but over. It is the very attitude against which the Rwandan authorities are constantly communicating.

And a glance at what is happening around the world suggests they are right to keep up the momentum on what has clearly been a successful response to the pandemic.

Clear communication has been and remains an important tool in the Rwandan government’s tool box for combating Covid-19. The health authorities are now confident enough to have relaxed the preventive measures more than at any time since the first case was diagnosed, at least four months ago.

There is a clear trust between government and governed in Rwanda, ironically however, without continuous reiteration of the message, that trust could be a problem, as some people interpret relaxation of the measures as a sign of triumph over the virus.

It is no small challenge for the government to relax the measures, wherever and whenever it is appropriate to do so, while making it clear that the virus still poses a grave danger to the country.

“The government doesn’t want people to get too careless, because it’s not completely gone” reasoned the taxi driver, “but if things weren’t much better, they would not be relaxing the measures, extending curfews. They would be asking people to go back into lockdown. They feel confident now.”

Like taxi drivers everywhere, he more than likely reflects popular opinion. Luckily for them, their government has a complete picture of the pandemic globally, and it is clear that while it can relax the measures for people, there can be no relaxing the vigilance.

From the Americas, to Asia and Europe, the picture remains grim. Globally confirmed cases are a little shy of 44 million. Deaths stand at 1,158,807, almost certainly an under estimate, given indifferent reporting from some jurisdictions.

Globally there is a spike in cases.

The United States of America, with close to 9 million, now has the highest number of confirmed cases in the world, with India second on 7,909,049 confirmed cases, and Brazil with 5,394,128.

In all of these countries, the cases are rising. The UK’s scientific advisers advised a so-called circuit breaker, where lockdown measures would be reinstated for a short period of time, to bring down the R number.

The R number, or Reproduction rate, is the rate at which a disease is spread, the number of other people, on average, that an infected person infects. The ideal R number is below one, which the UK is yet to achieve.

The government has however, controversially chosen a different approach, in the hope of avoiding lockdown measures for the entire country.  The most affected regions are placed into either tier one, two or three, with measures getting stricter with each tier.

Wales, which, like Scotland, and Northern Ireland, has devolved powers in some areas, including the health sector, has decided on the circuit breaker, and is confident that that will bring down the R number.

With winter already at the threshold, pressures on health professionals are likely to rise. Winter is flu season, and with symptoms that are almost identical to those of Covid-19, hospitals and GPs (General Practitioners, or family doctors) could be inundated.

The hope is that the R number will have come down by December, allowing families to spend time with each other over the Christmas period.

According to one respected scientist however, relaxing measures for Christmas is a political, rather than a scientific decision, which will come with its own consequences. 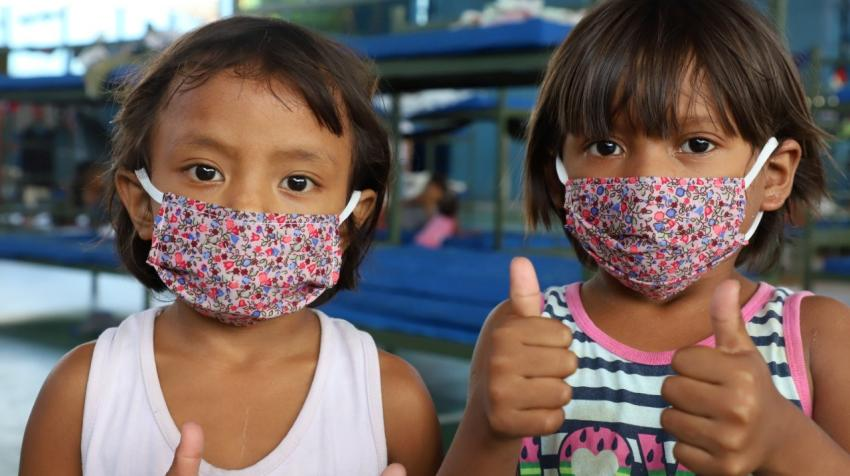 Experts have warned that the second wave could have dire consequences.

“It risks some transmission and there will be consequences of that” said Professor Neil Ferguson, whose modelling informed the UK’s lockdown, “some people will die because of being infected on that day.”

“But if it is only one or two days, the impact is likely to be limited. So that is a political judgement about the cost versus the benefits.”

In Rwanda, while the authorities are as anxious about the economic effects of Covid-19, as their counterparts around the world, they continue to firmly stand by the approach of being guided by science.

It is an approach that has served the country well. The number of confirmed cases stand at just over 5,000, with 34 deaths and 4,830 recovered. The current spikes are now in Kirehe refugee camp.

In Poland, the President Andrzej Duda has tested positive for Covid-19, but is “feeling fine” according to a statement. The 48-year-old joins President Donald Trump, and Prime minister Boris Johnson, among world leaders to contract the virus.

It seemed cruel to burst the taxi driver’s bubble, but he seemed to be cheered by the confidence that he really couldn’t ask more of his government. “They really are doing well, and must see hope that it will end soon” he concluded, holding on to his own hope.

“I Was Surprised by Pope Francis” – Archbishop Kambanda