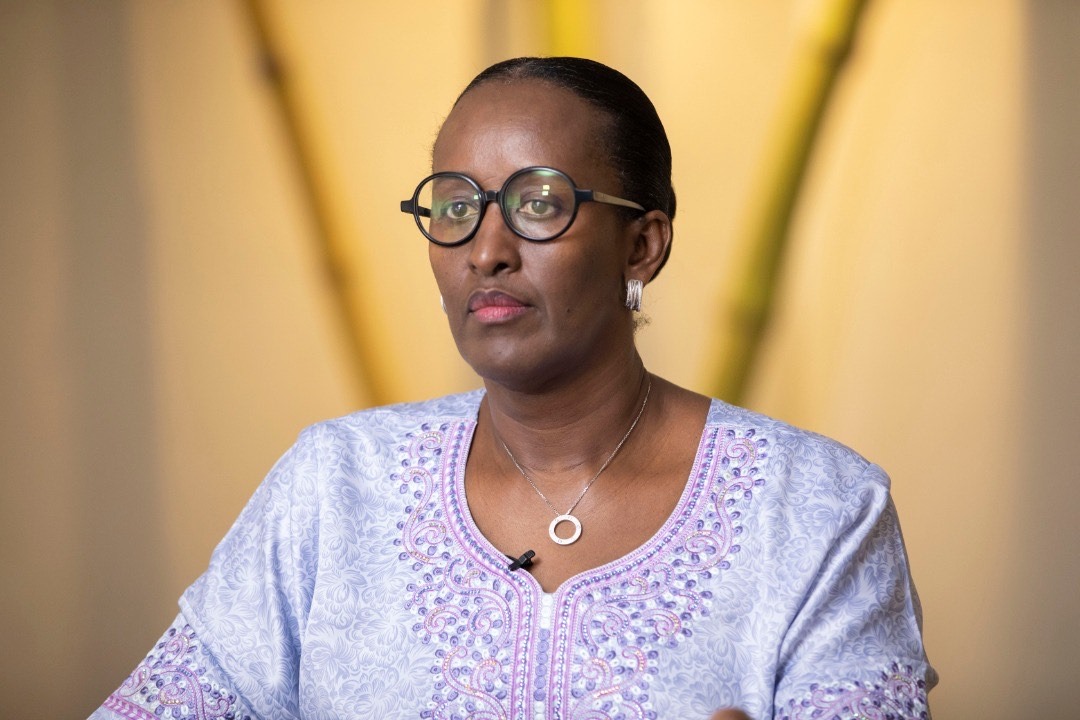 First Lady of Rwanda, Jeannette Kagame has expressed deep concern over increasing cases of child sexual abuse, which has moved from affecting the girl child but also the boy child.

Mrs Kagame said that this is a shame which calls for something to be done through concerted efforts in the Rwandan community especially involvement of men in uprooting the causes of the current evidence based trends shown by research.

In her speech at the launch of National Joint Campaign on ending Child Sexual Abuse, and Celebrating the International Day of the Girl Child held in Kigali this Monday, Mrs Kagame said that several campaigns have been organized to totally end child abuse in vain.

Some of these past campaigns launched in Rwanda include: Treating every child as your own, guardian angels, be your neighbor’s keeper, and protest against adult child abusers among others.

“When you look at all that has been done, you wonder the root cause of why the crime of child abuse isn’t eliminated completely. You even start thinking how diverse humans are when you see what has happened when a parent abuses a child,” she said.

Rwanda Investigation Bureau (RIB) figures show that at least 10, 456 children were sexually abused in the past three years, most of them in age bracket of 15, 17 and below 10 with 98% of them being girls and only 2% boys.

Most of these were abused by their parents, family members, house maid, and worst of all the boy or girl friends within their age brackets.

With this Mrs Kagame asked what should be done or what will happen, if this trend continues in Rwanda and the world, yet there are laws in place.

She asked whether it’s a problem of lack of knowledge and information reaching families to safe guard a child.

“It is very painful to see what research shows 20.5% of children below 11 years abuse and worse off is that even boys are now abused. I don’t know how we can term this but it’s not right and it is a disgrace,” Mrs Kagame said.

Considering the psychological effects that come with child abuse Mrs Kagame asked that since gender equality has enabled Rwanda to progress in many ways, parents should now come out and play their role in child protection, starting with men.

Mrs Kagame said: “I specifically call on you (men) and trust that you will be able to uproot this problem completely,”

For women parents, teachers especially, Mrs Kagame said that they should renew their commitment to watching out for every child, and befriend the child more so as to encourage openness to speak out of their experiences.

For stakeholders and development partners, Mrs Kagame called for aggressive and innovative measures in making sure child abuse criminal cases are recorded, prosecuted on timely basis.

In this regard the First Lady requested the judiciary to examine possibilities of making this crime lifetime criminal offense especially to bring justice to criminals on the run.

For children, the First Lady asked them to be mindful of being lured by men and avoid any temptations which can twist their future for good, but also report the incidences immediately.

On behalf of children, Alodie Octavie Akoyiremeye, the president of the national children forum who attended the webex meeting informed participants that the change must happen among adult parents in community who don’t care about treating every child as their own, thus a community shortfall in protecting potential victims of abuse.