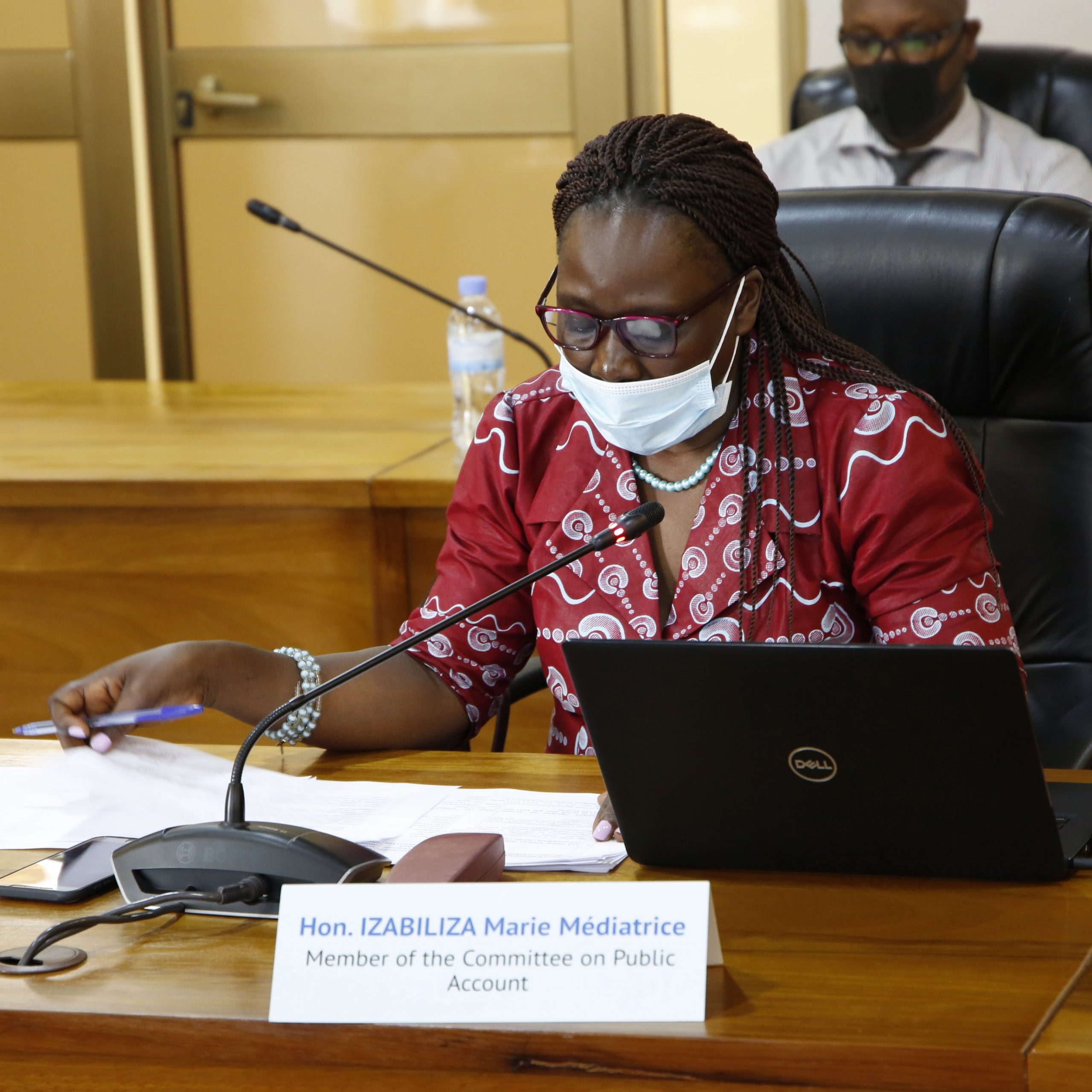 MP Izabiliza during the hearing.

Parliament has ordered Kamonyi district administration and its council to refund money that was embezzled by one of their former district pharmacy accountants five year ago.

The order comes after the Parliament Accounts Committee (PAC) discovered that Rwf17million meant for payment of medicine supplied was transferred to a private account number in the names of the district official in question.

Kamonyi district officials explained that this managed to happen because the suspected official changed the Order of Payment account numbers of the supplying company (former Camerwa- now the Medical Procurement and Production Division (MPPD)) replacing the numbers with his own account.

In the process, the district said they didn’t notice this embezzlement move on time and the suspect managed to withdraw over Rwf6.9million at the time when the fraudulent action was discovered only Rwf10million was remaining on the false recipient’s account.

“By the time we realized it he (the accountant) had manipulated the account numbers transferring the money to his account, but the suspect was arrested, and sentenced to three years- which he served and ordered to refund the balance,” said Emmanuel Bahizi, the Kamonyi district Executive Secretary (ES) explained.

The ES also revealed that for four years now the district has failed to recover the balance even with futile efforts to confiscate the suspect property, thus the district council decision in 2019 to write off the debt in their financial reports.

Just like other PAC members, MP Jean d’Arc Uwimanimpaye was not convinced the alleged suspect managed to change the original account numbers, and have the OP signed by the district chief budget officer (the Executive Secretary) without notice or involvement of other parties.

The District ES said that during the court case filing process, all top district officials connected to the financial transfers were investigated and the culprit came out as the district pharmacy account.

“The rest of us came out clean but we even found during the investigation that he had done similar fraudulent transactions on other funds,” Bahizi said, adding that after failing to recover the balance, the district council authorized clearing the Rwf6.9million as lost money.

PAC Chairman Valens Muhakwa was also not convinced the other officials were not involved and questioned why the council quickly took the decision to write off the money without, to the least, following guidance of the ministry of finance and the Office of the Auditor General on the procedure.

“For us (parliament) we see this as lost money because these funds can no longer serve the original purpose. We therefore want to know why you took this decision yet this money was stolen as a result of a collective responsibility of all involved,” Muhakwa said.

Kamonyi district council Chair Emilien Nyoni and Mayor Etienne Muvunyi tried to defend their ‘write off’ decision and eliminate their responsibility in the scam, but Muhakwa informed the team that they should actually be prepared for another court case or return the money immediately.

This was backed by all PAC members who demanded for a date, month and year when the remaining balance will be returned into Kamonyi district public funds. 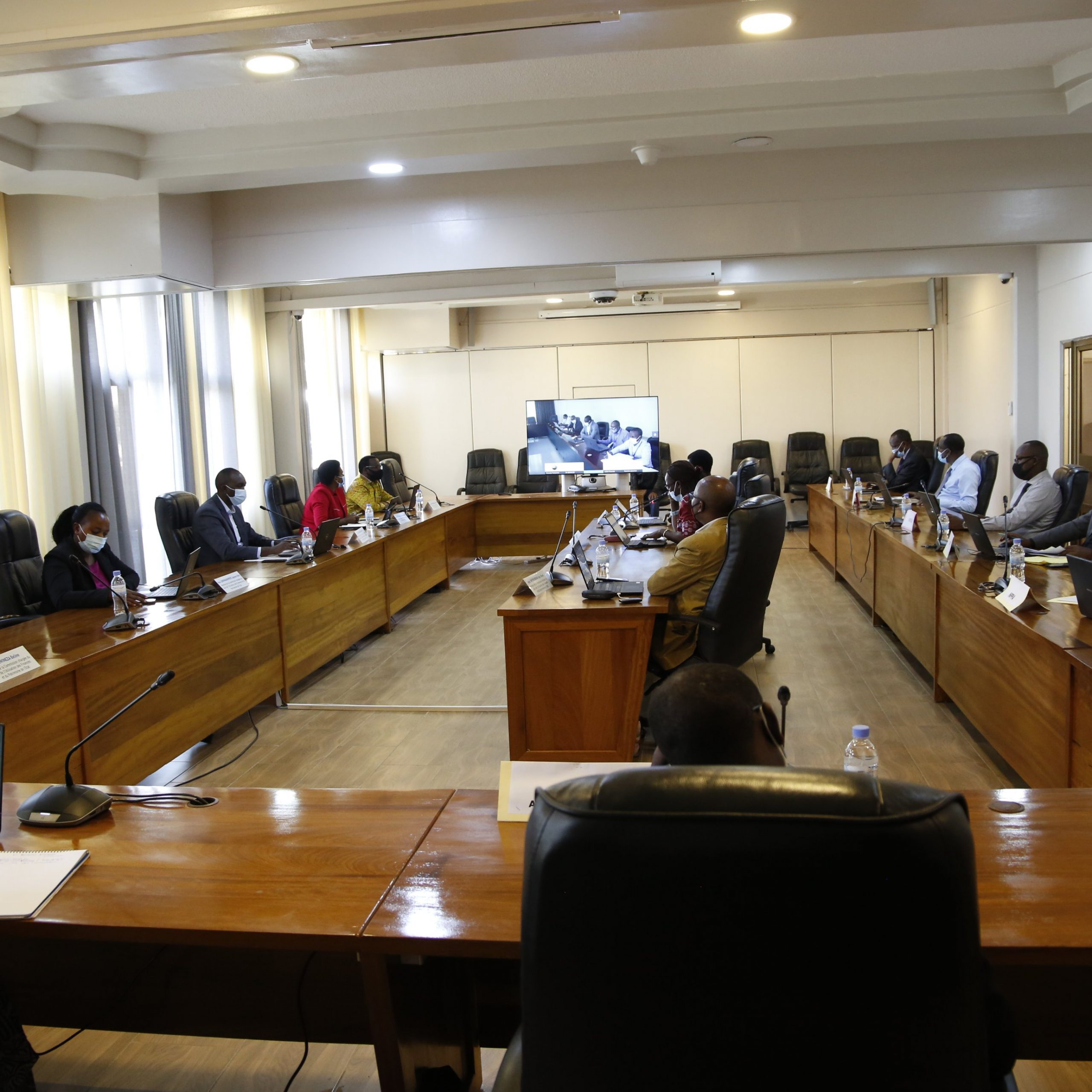 “Give us the timeline, we don’t want to hear anymore excuse since this is already a loss that was in caused within you authority of which the law provides that in such misuse of funds, the culprits are held responsible,” MP Beline Uwineza stated.

After a long debate in which the Mayor said that they had already received administrative punishments for the incident and the ‘write off’ was their last resort, PAC members settled on having a roadmap to when this money will be re-recorded in the district financial report as a ‘bad debt’ and when to be recovered.

Apparently, Ministry of Justice representative in PAC, Eric Ntwari said they will help the district with advice and support from appointed bailiffs but if necessary and called for, the ministry may have to ask all those involved in this case circle repay the money.