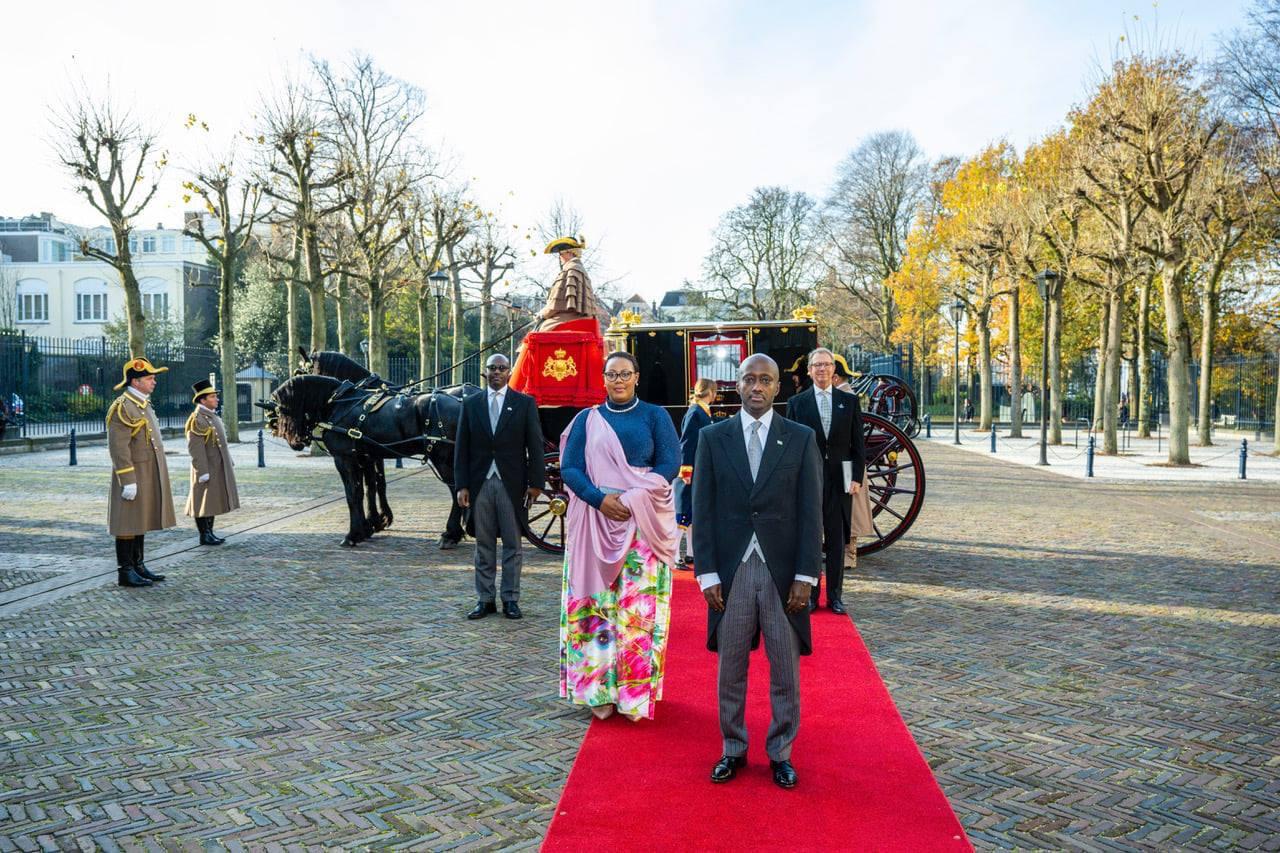 Rwanda’s Ambassador to the Netherlands H.E. Olivier Jean Patrick Nduhungirehe, who was accompanied by his spouse and First Secretary Herbert Ndahiro, was received today at the Noordeinde Palace in The Hague where he presented his letters of credence to His Majesty King Willem-Alexander of the Kingdom of the Netherlands. 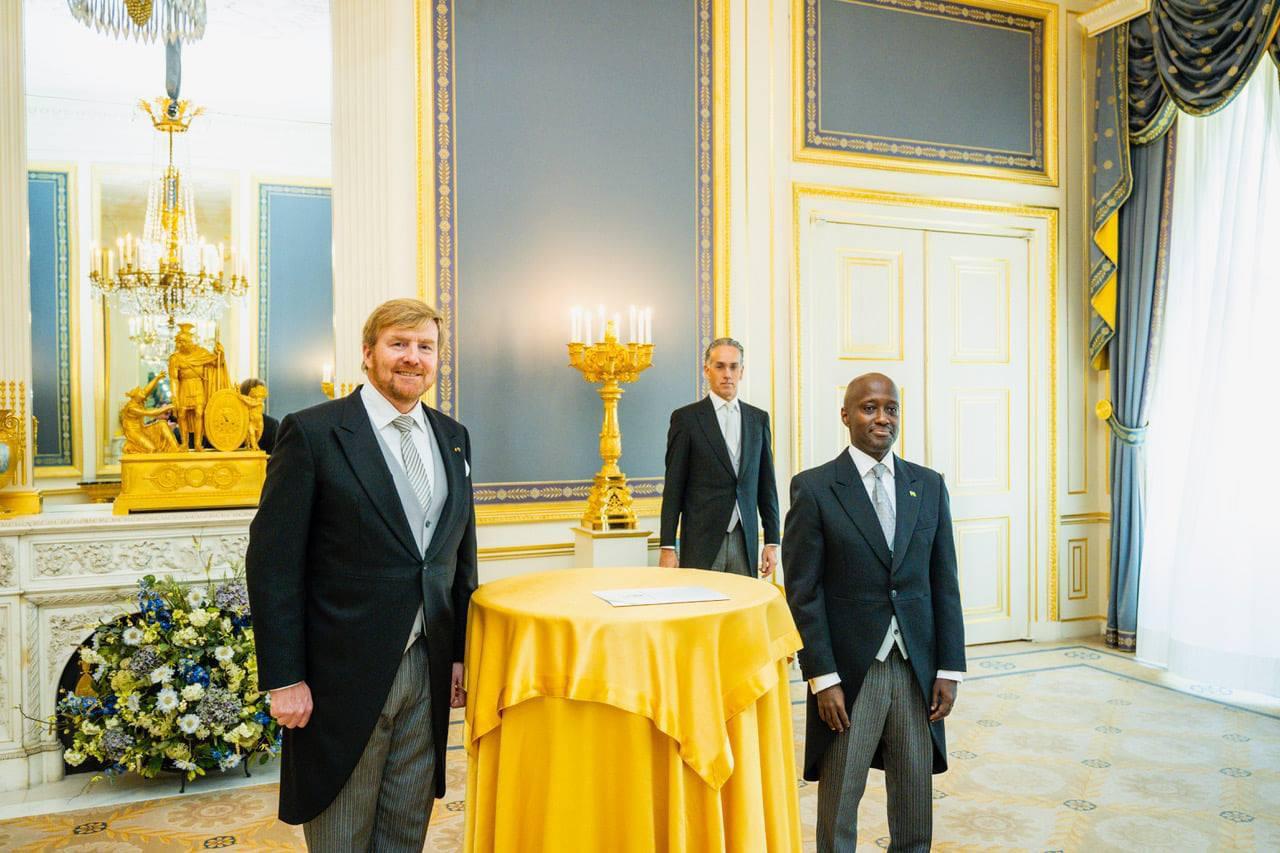 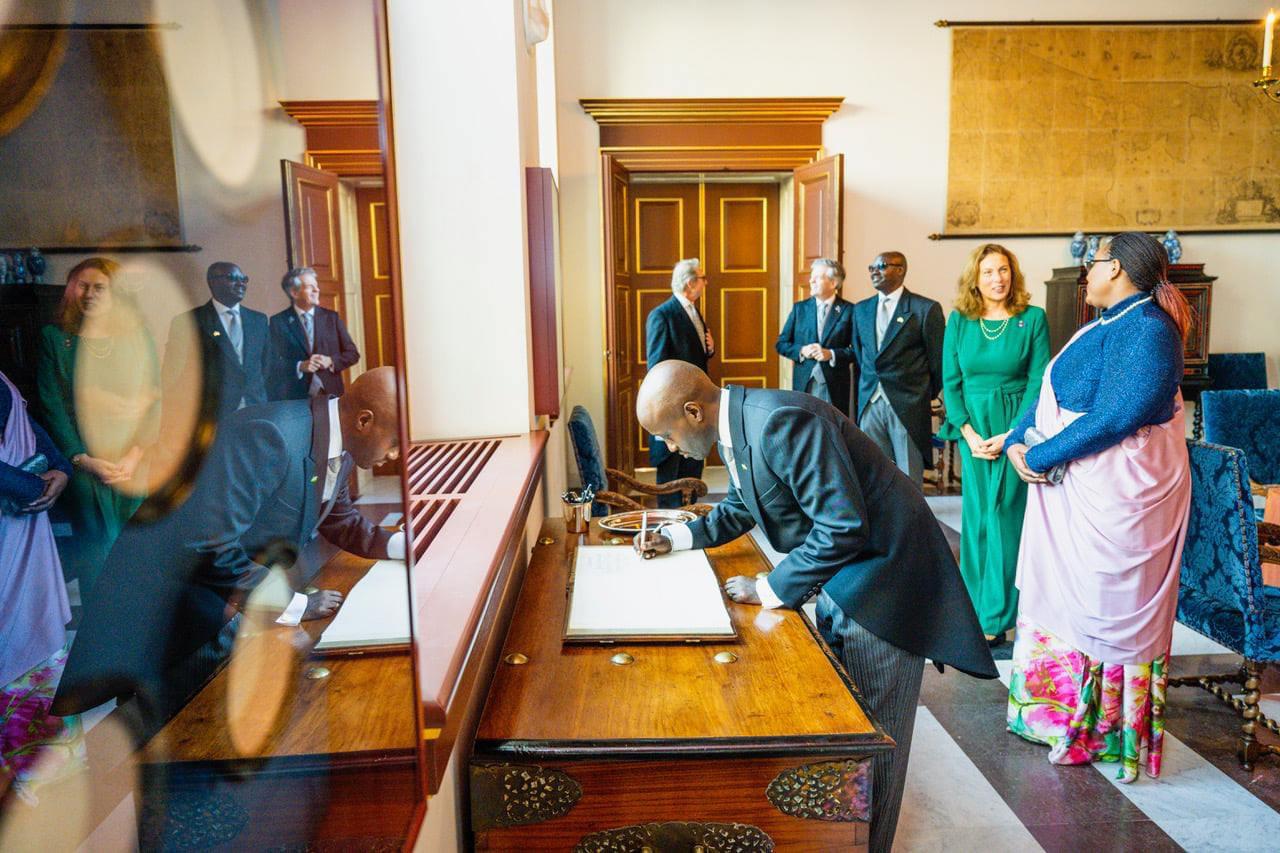 During the ceremony, H.E. Ambassador Nduhungirehe conveyed H.E. President Kagame’s greetings and wishes for good health, happiness and well-being to His Majesty King Willem-Alexander and the people of the Netherlands. The Ambassador briefed the King about developments in Rwanda regarding socio-economic development, peace and stability. 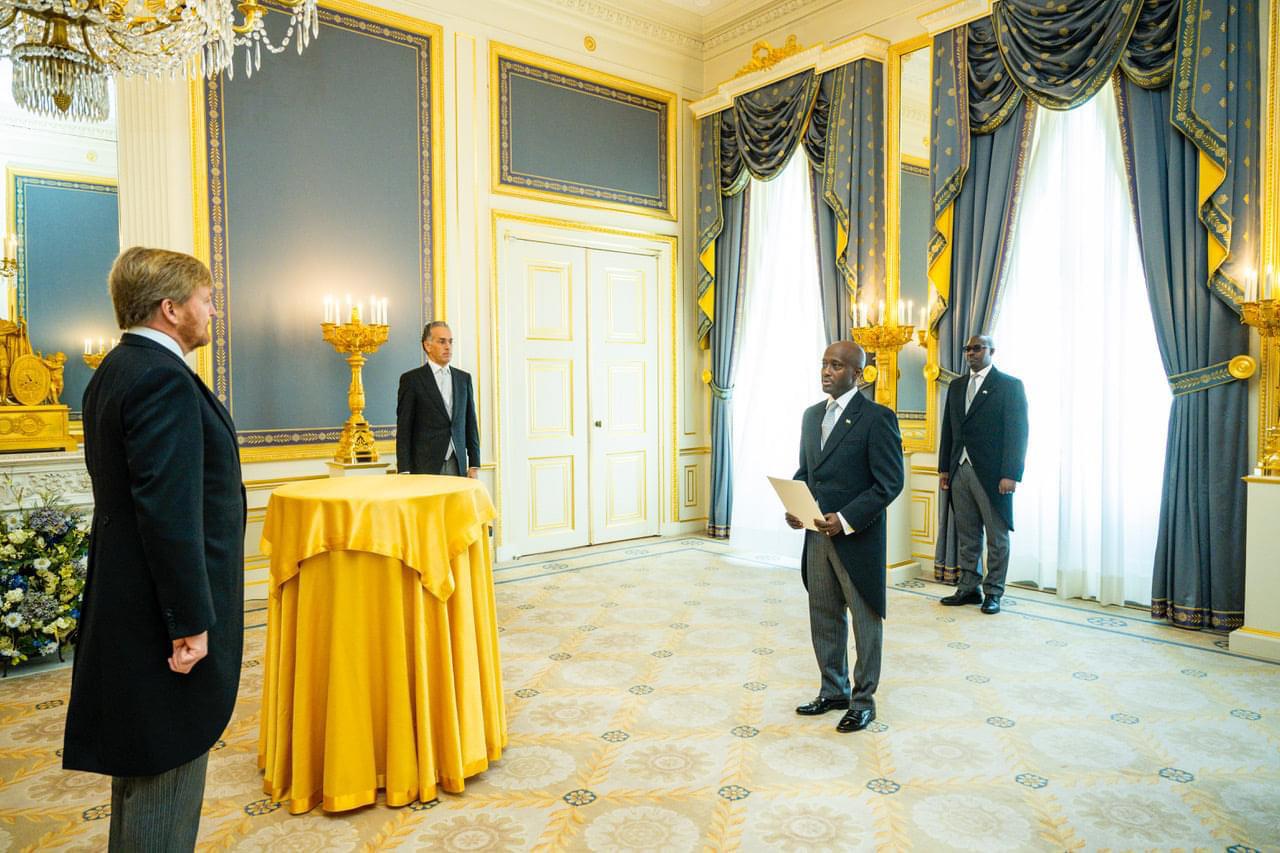 Prior to the presentation of his letters of credence H.E. Ambassador Nduhungirehe was invited to inspect the Guard of Honour at the Palace. 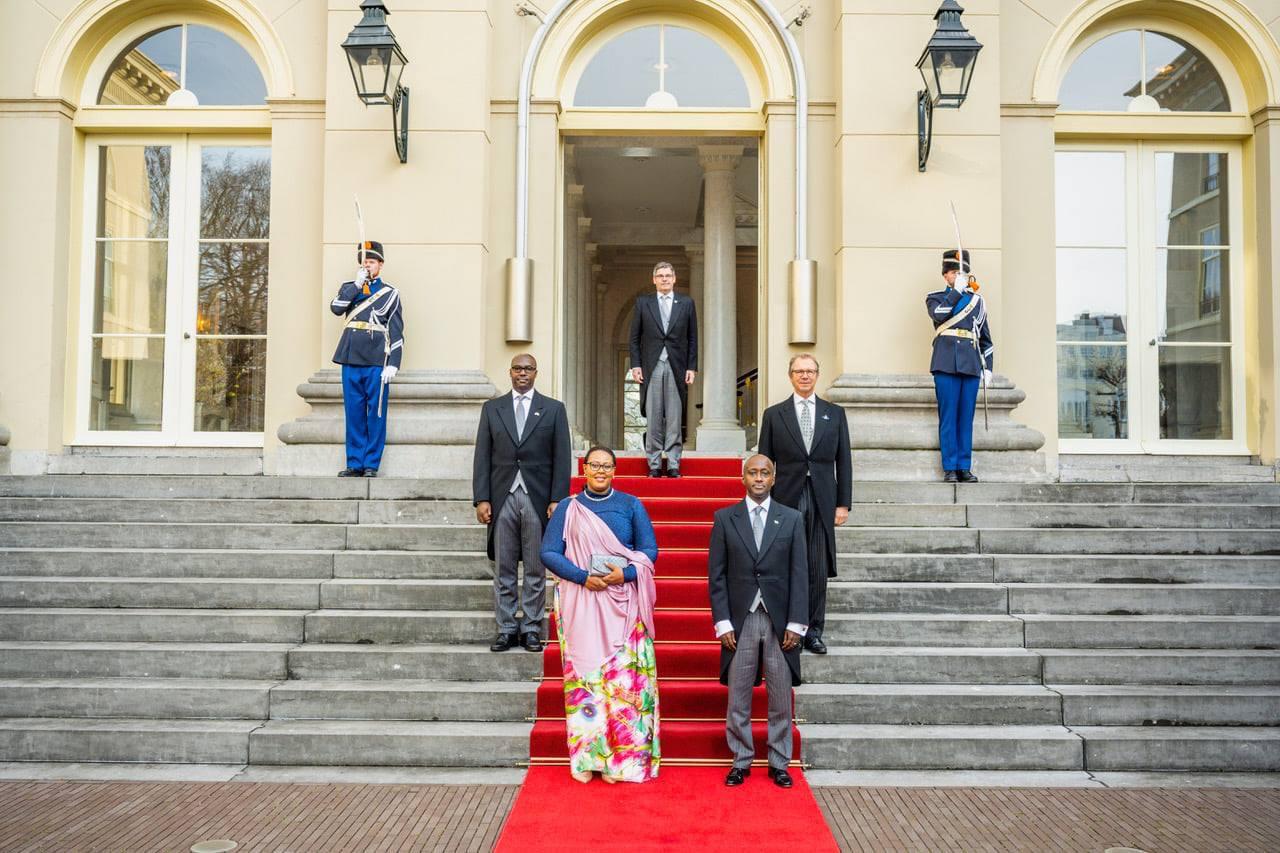 H.E. Ambassador Olivier Jean Patrick Nduhungirehe is Ambassador of the Republic of Rwanda to the Kingdom of the Netherlands with accreditation to the OPCW in The Hague and to the Baltic states Estonia, Latvia and Lithuania. 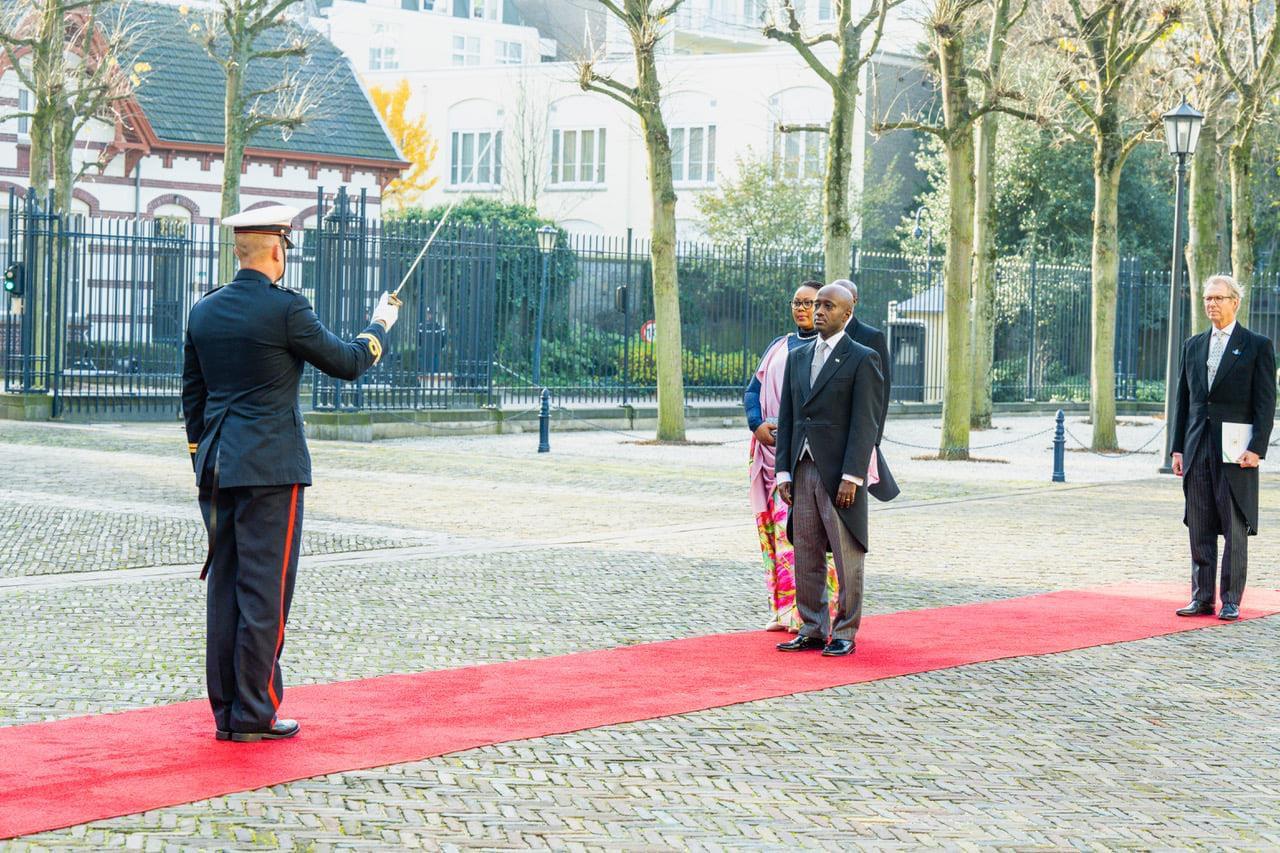 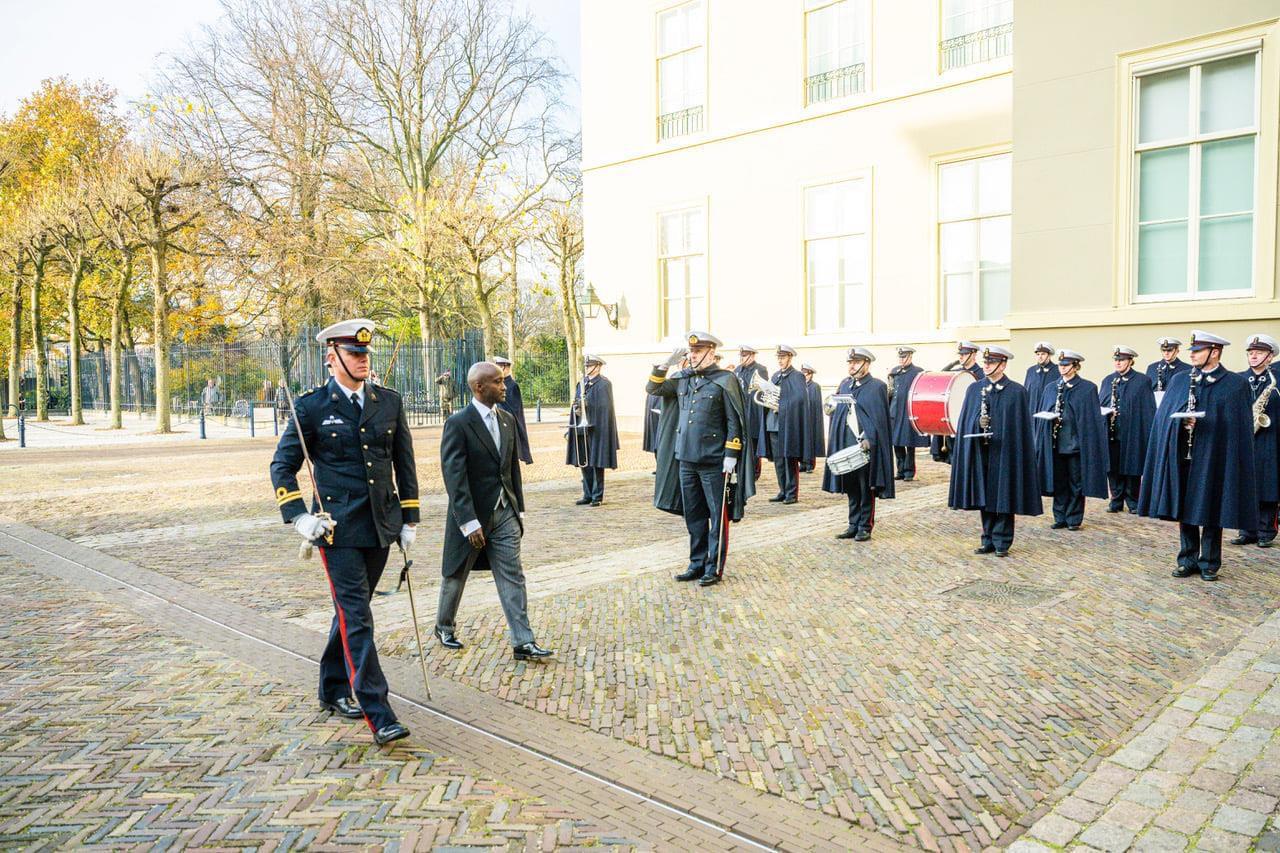 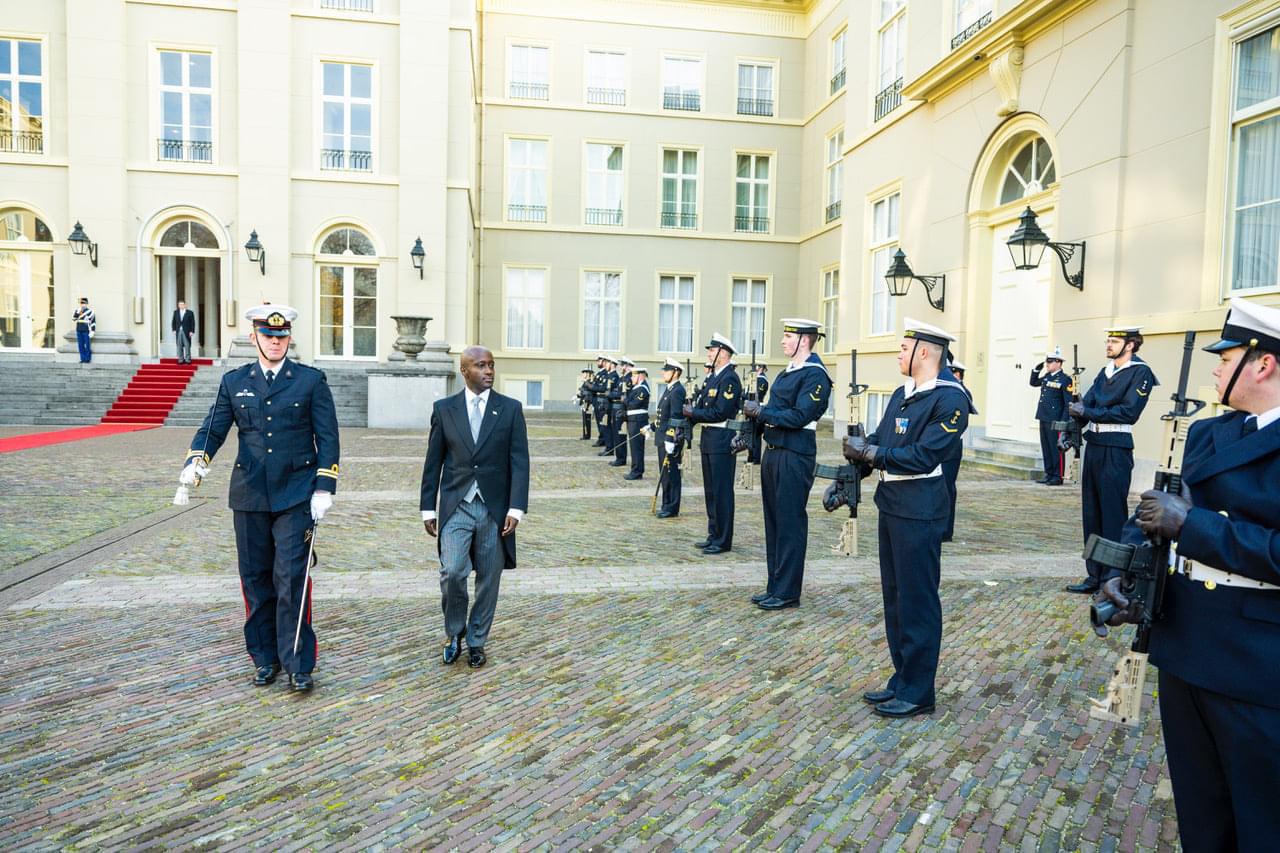 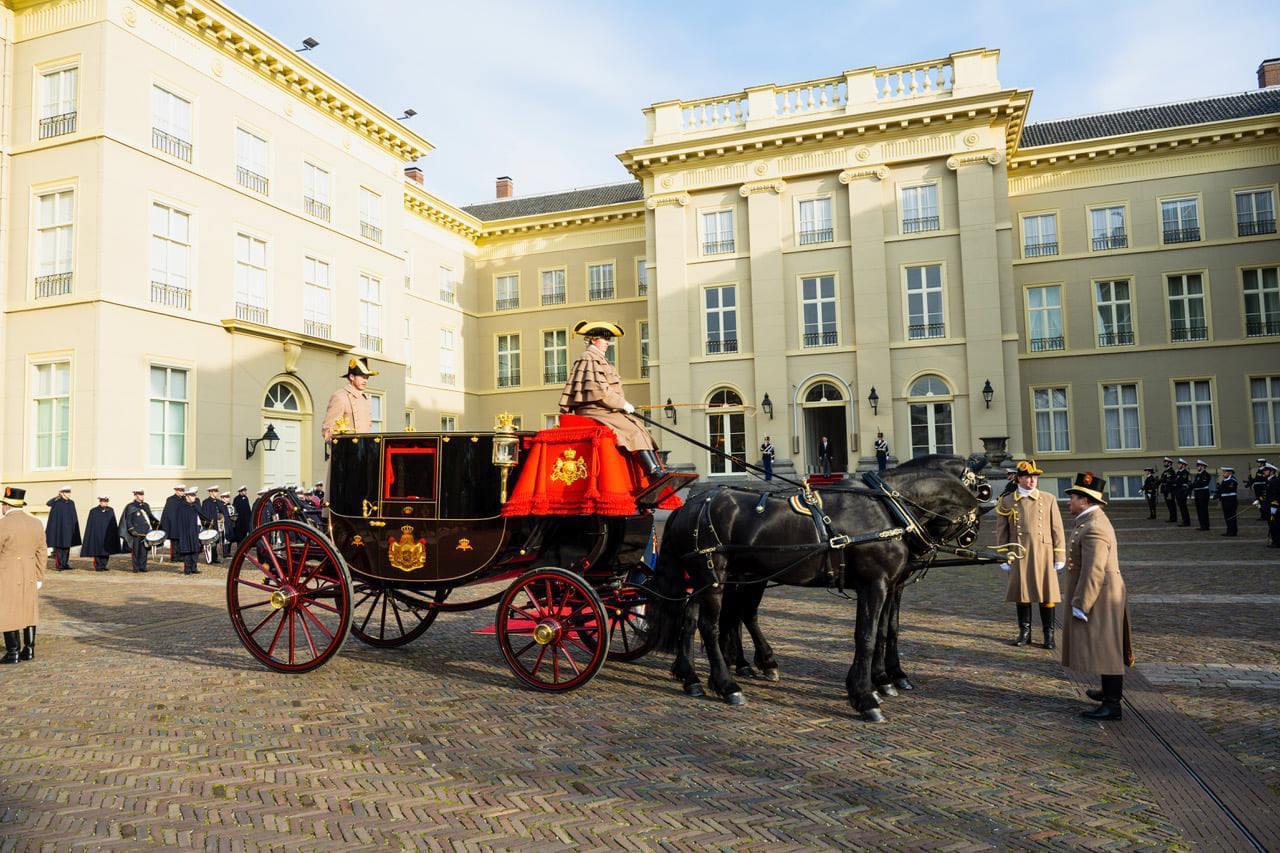 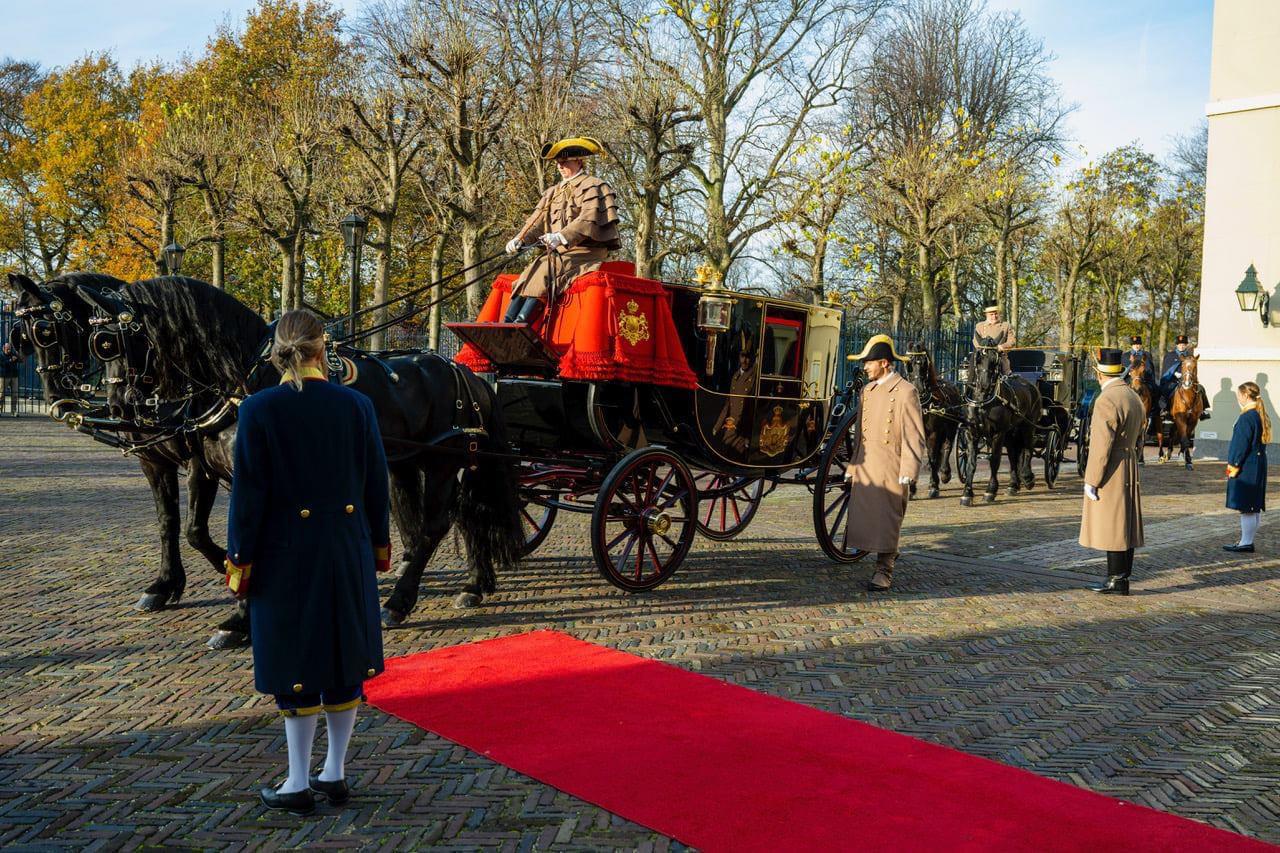 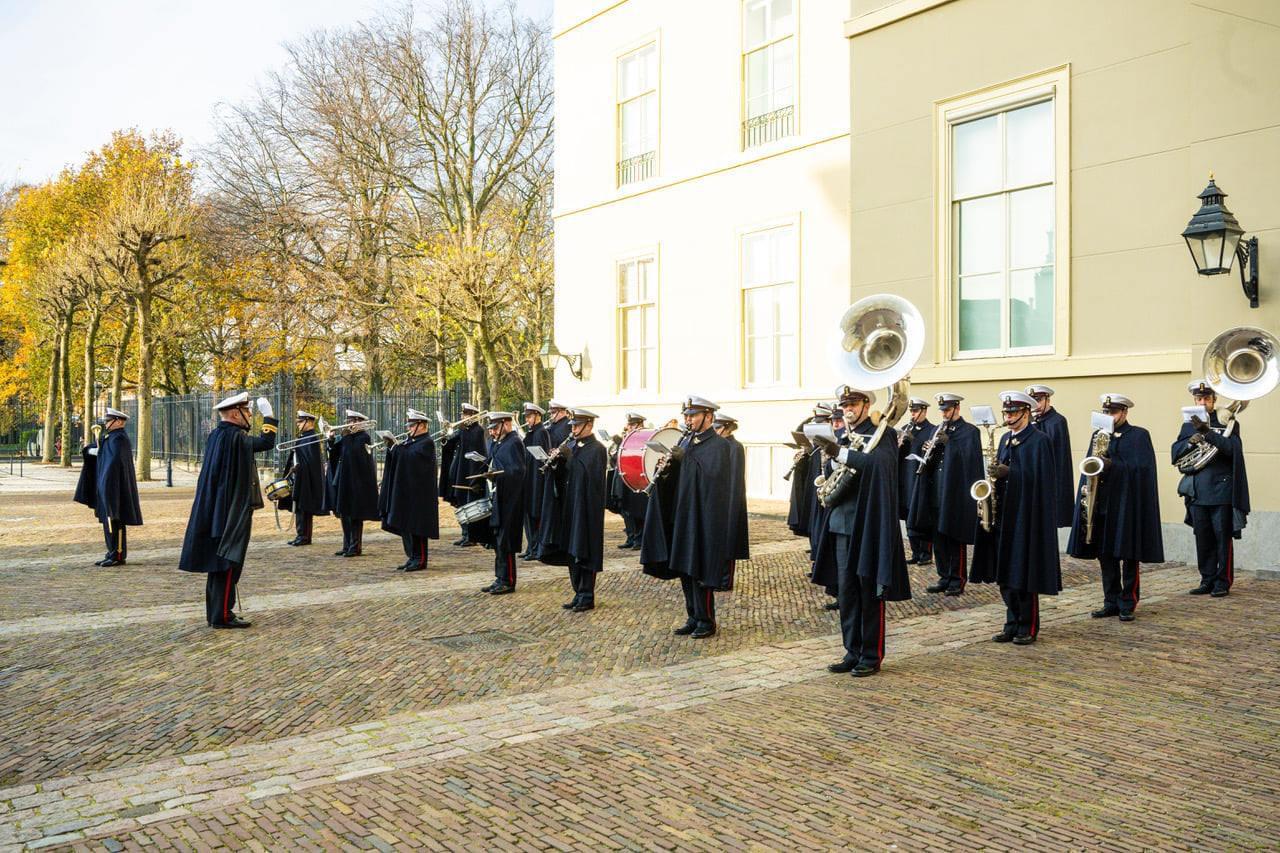