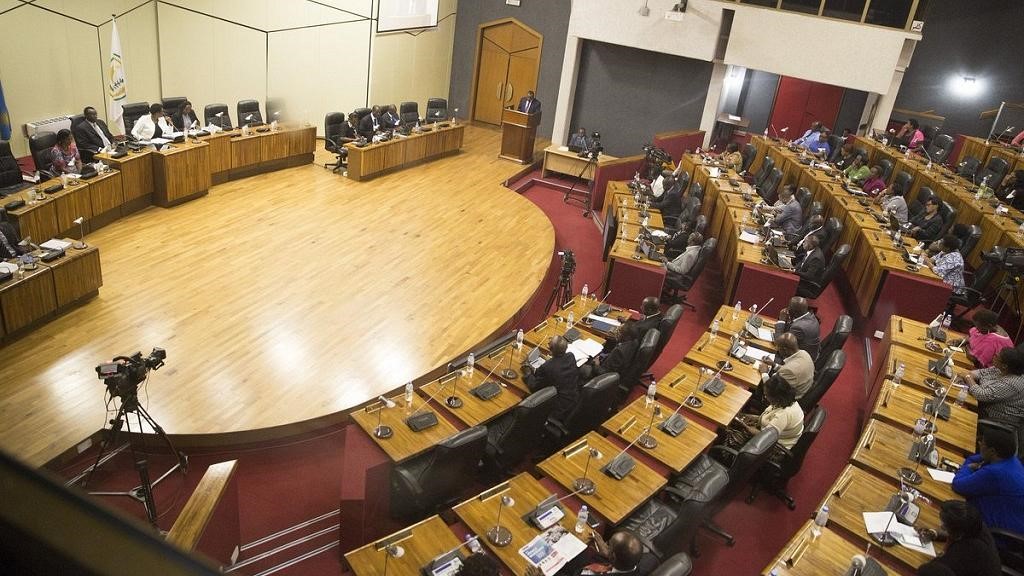 The Parliament has tasked the government to streamline issues underlying non-compliance to the Office of the Auditor General Reports, after the Public Accounts Committee (PAC) report showed a decline in compliance.

The PAC report showed that from 2012 to 2019, implementation of OAG recommendations dropped from 60% to 45% with an average of 6% annually.

Institutions that performed badly include hospitals like Rwamagana 9%, Muhima 16%, Kibagabaga 19% and Gisenyi 22%.

Among government enterprises, Water and Sanitation Corporation (WASAC) and Rwanda Social Security Board (RSSB) made 19% and 23% respectively.

This in total led to delayed works worth Rwf100.6billion.

This was also coupled with entrepreneurs abandoning 10 projects worth Rwf7.2billion, infrastructure projects with idle assets worth Rwf17.2billion and to make matters worse some business enterprises like Rwanda Energy Group (REG) failing to present its audit report for two consecutive financial years.

To the shock of MPs, the report showed that government had spent billions in technological infrastructure in health and land data management among others.

PAC further found that citizen’s development centered programs like the Business Development Fund (BDF) spent more funding on foreign projects than local ones, while RSSB was tagged for implementing investment projects which are not reflected in contributors’ benefits.

In other instances however, Local Administrative Entities Development Agency (LODA), FARG and district were pinned for failing to disburse social security and support funds to beneficiaries.

MPs like Frank Habineza asked why government officials don’t abide by existing policies and laws which has resulted to the backslide in OAG compliance and also sought for punitive measures to be taken therein if this course is to be reversed.

“We would like to know what will be done besides the comments that were made in the underlying issues of adverse opinions. As parliament we have to do an oversight to change this poor image where some institutions are not enabling us to see value for money or meet our extended vision 2020-2050,” Habineza said.

MP Theoneste Safari Begumisa wondered if PAC saw any hope in changing this trend especially that almost all the vital institutions had an adverse opinion in compliance.

“All these institutions including districts and some hospitals should be questioned at some point to explain why they got an adverse opinion, and we shouldn’t bypass this,” Begumisa said.

PAC Chairman, MP Valens Muhakwa said that the committee has planned a December roadmap to task the chamber of deputies to follow up on each of the above stalled projects but also summon line ministers (Infrastructure, Finance, health and Local Government), to explain the irregularities in their dockets.

Muhakwa also said that PAC has already submitted a list of officials who should be held accountable.

The Parliament passed a PAC recommendation to give the Prime Minister, Edouard Ngirente, six months to provide a report on how major issues raised in the report were addressed.