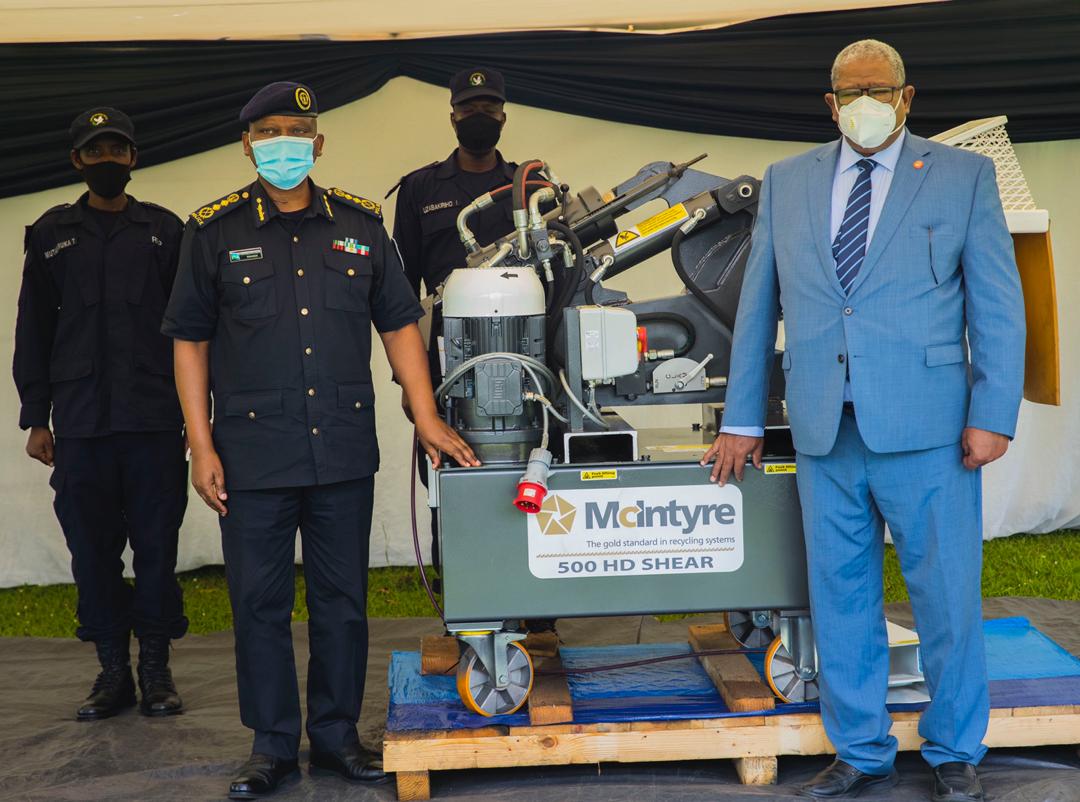 Rwanda National Police (RNP), on Thursday, November 19, received a shear arms crushing machine from the Regional Centre on Small Arms (RECSA), to facilitate in the destruction of obsolete firearms.

The Deputy Inspector General of Police (DIGP) in charge of Adminiatration and Personnel, Juvenal Marizamunda received the environmental friendly machine from RECSA Executive Secretary, Lt. Gen. Badreldin Elamin Abdelgadir at the function held at the RNP General Headquarters in Kacyiru.

“Uncontrolled traffic of small arms and light weapons remains a major source of insecurity, either by fueling armed conflicts or organised crime such as armed robberies, drug trafficking and terrorism in addition to loss of lives and property,” DIGP Marizamunda said.

He added that in order to deal with these serious hindrance to sustainable peace, security and development, it is important to pull efforts together to curb the vice.

The handover of the arms crushing machine, he said, further defines the good working relations between RNP and RECSA.

RECSA has been supporting RNP in various disciplines including physical security and stockpile management, training on arms marking machine and training on record keeping.

Lt. Gen. Badreldin Elamin Abdelgadir thanked the Government of Rwanda for consistently supporting RECSA to meet its obligations on the control and prevention of proliferation of small arms and light weapons as provided for in the Nairobi Protocol.

With the suppport of RECSA, RNP officers are also set to be trained on how to operate the arms crushing machine.

RECSA Executive Secretary pledged to continue supporting member states to ensure the security and safety of government stocks, which he said that it’s a precursor for regional peace and stability.

Fourth Batch of Refugees Evacuated from Libya Arrives in Rwanda

What Do You Know About BPR’s Insurance Premium Financing?