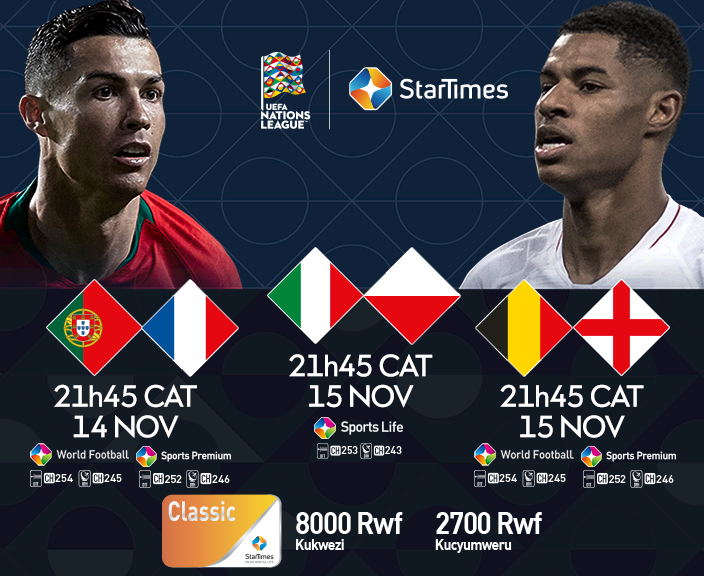 If anybody wants to check the competitiveness of the UEFA Nations League, they need only look at the three stand-out fixtures of the next match days in the competition.

Portugal v France, Belgium v England and Spain v Germany feature five of the top six teams in the world (and Germany is surprisingly not amongst them).

In Group A2, the world’s top ranked team, Belgium, are at home to England, knowing well that a victory in Leuven on Sunday, will all but guarantee Roberto Martínez’s side a place in the final tournament, which only the four group winners of the A league qualify for.

The tournament’s joint top scorer, Romelu Lukaku, who is also Belgium’s top scorer with 55 goals, despite being only 27, opened for his side in London in the first leg.

Marcus Rashford and Mason Mount however turned things around, to give England the upper hand in the group, which they, however, threw away with a home defeat against Denmark in the very next game.

In Belgium, England coach Gareth Southgate will be without defenders Harry Maguire and Reece James, both of whom are suspended. However, Phil Foden, who had been left out of the last squads for disciplinary measures returns to the team.

Manchester United’s Mason Greenwood, who was involved in the same incident with Foden, was not recalled this time around. “I feel it is better for him to stay with his club for the next few months and develop there.

“But both were available for selection and both are going to be very good players, there is no doubt about that. There was no carry-over from what happened in September, that is done,” the coach said.

In Group A3, two of Europe’s in-form strikers – Antoine Griezmann and Cristiano Ronaldo – face each other in Lisbon, with both France and Portugal evenly poised at the top of the table with 10 points each ahead of the game on Saturday.

The first leg between the two ended in a goalless draw, which leaves the question of which team will end up group winners wide open.

Germany, who have seen their place in the world ranking slip as their dominant position in European football has diminished, were thrown a life-line in their attempts to top Group A4 by Ukraine.

A stunning 1-0 victory for Ukraine against Spain in their last match, could well see Germany go into their game against Spain on Tuesday November 17 in with a chance to overtake Luis Enrique’s team.

Germany are at home to Ukraine, while Spain travel to Switzerland in their penultimate games, before facing each other in Seville.

Spain currently top the group with seven points, while Germany and the Ukraine are both on six points.

Football fans throughout Africa will be able to watch all the action from these – and other – UEFA Nations League games live and in HD on the StarTimes football channels.

Africa’s leading digital-TV operator StarTimes has secured the rights to broadcast the Nations League throughout the continent.