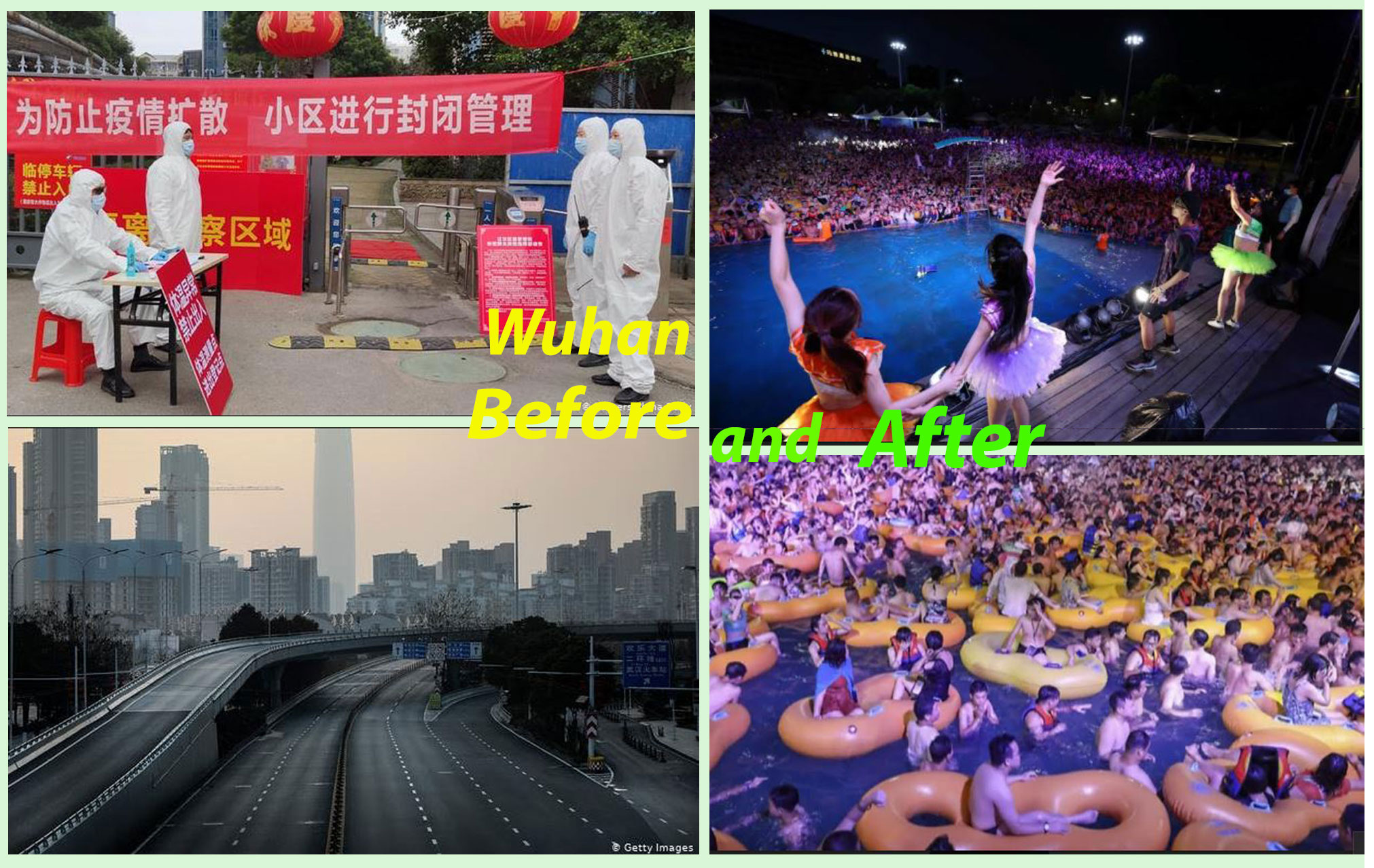 It is now a year, since Chinese authorities officially reported to the World Health Organisation, about a new, yet to be understood epidemic. Some would now seek to hold China culpable for the spread of the virus. But did the world in fact spurn a rare chance that China offered, to pool resources, and face what would soon be identified as the SARS-CoV2 pandemic, as a more united global community?

At present count, over 80 million people around the world, have been infected with Covid-19. In almost every part of the world, the virus still rages.

There is a grim symmetry to the pandemic’s progress. Beginning with the Chinese New Year, the year of the rat in the Chinese Zodiac cycle, celebrations to bring in the year 2020, with all the hopes, dreams, and euphoric expectations for a new decade, were brought to a shuddering halt.

The world has now come full circle, just as end of year celebrations were curtailed, or in some places, abandoned all together, in much of the world, any popping of champagne corks to welcome 2021, was under lockdown conditions, the new term that forced itself into the world’s lexicon.

The exception to all this, was China. Not that they are likely to be complacent, or take their keen eye off the ball. Quite the contrary.

In response to a handful of new infections, public health officials in the capital Beijing, introduced new restrictions, including asking residents not to leave the city during the Lunar New Year, until at least February.

The year 2020 is the year when the world gained a little more knowledge of the geography of China. Most of us now know that the city of Wuhan is in the province of Hubei. Unhappily for the eleven million souls who inhabit that city, we also know that they were the first to be engulfed by Covid-19. 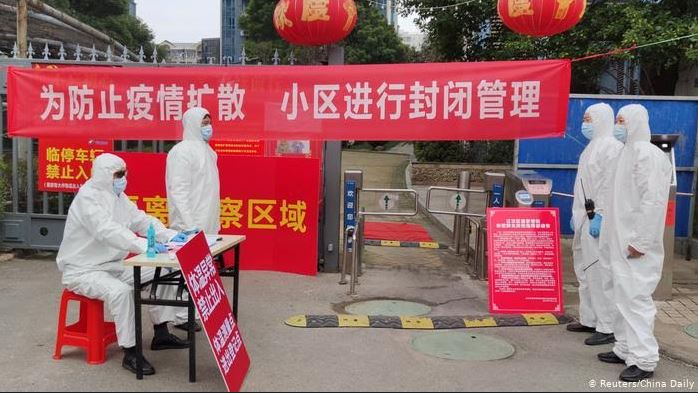 But a new picture emerges. In August there were condemnations, as Wuhan held a massive musical “pool party.”

Implicit in the condemnations, were criticisms of China, for allegedly withholding information about the virus, when it first emerged in the country. “It’s a slap in the face to the rest of the world”, complained some in Western mainstream and social media.

“Sour grapes” retorted many in China, a reaction endorsed by the Chinese authorities. As far as they are concerned, such was the sacrifice to contain the spread of the virus, that their citizens, in particular those who call Wuhan home, have more than earned a return to any semblance of normal life.

Thanks to the increase in already high level of mistrust, China has been given little, if any reason to learn to trust the rest of the world. We are consequently unlikely to ever know the full extent of the misery visited upon Wuhan, at the beginning of the pandemic.

It is often said that there is good and bad in everything. When it eventually does recede from the world’s human population, Covid-19 will be an exception to the supposed rule. Nothing good is likely to be said to have come of it.

But for a brief moment, Covid-19 could have been the catalyst to bring China closer to the world’s other leading nations.

As the first country to be hit by the virus, China had to face the fear and anguish of fighting an unknown deadly disease. That there were several missteps, stumbles in the dark, during the first few weeks of the disease, was surely understandable, and to be expected.

And there can be no underestimating the seriousness of these missteps. We have rightly heard strong condemnations of how local authorities treated the young Ophthalmologist, Li Wenliang, who first reported signs of what he thought was a return of the 2002 SARS virus outbreak in China.

The mistakes have been acknowledged by the Chinese themselves. President Xi Jinping has spoken of “weak links” in the system, and called for improvement in China’s public health emergency response.

Undue emphasis has however been placed on these early failures, which given the speed with which they were corrected, made little or no difference to the outbreak developing from an epidemic into a pandemic.

And it is instructive that that few, if any, scientists and epidemiologists, have joined this criticism of China. They more than anyone else, are aware how long it takes to understand epidemics, to ascertain if there is likely to be human to human transmission, the nature of that transmission.

And we now know that while the outbreak that would spread around the globe begun in Wuhan, there instances of Covid-19 as far afield as California, and Italy.

There is still much to understand about the origins of the virus. The World Health Organisation (WHO) is working with Chinese scientists to investigate how the virus might have begun.

It is also fair to surmise that rightly or wrongly, but predictably, the Chinese were keen to make some headway in understanding the new disease, before opening up to the world’s scientists, and centres for disease control.

But even then, by 27th December, Chinese authorities in Wuhan were publicly reporting a “pneumonia like” illness. Three days later, they had officially informed the World Health Organisation (WHO), of a major health threat. 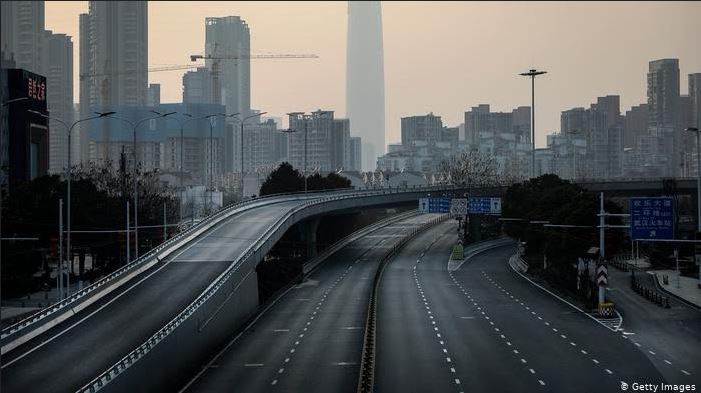 Little if anything China did from the moment it discovered that it was dealing with an epidemic likely to turn into a pandemic, can be faulted.

On the contrary, while it may be cold comfort to the Chinese, the world is in many ways fortunate that it was China that first had to confront the virus. It is difficult to imagine any other nation in the world moving as fast and as effectively, in an attempt to contain the spread of the virus.

The measures to contain Covi-19 that now so easily trip off everyone’s tongue, from lockdown, quarantine to isolation, physical distancing, were new to most of us, but not epidemiologists.

Until China deployed them however, no country had implemented them, so completely, to the letter, as recommended by scientists.

As containment measures were put in place, Chinese researchers and scientists acted with unprecedent speed, to understand the new virus and the danger it posed.

By 11th January 2020, they had identified the New Coronavirus, and in record time, sequenced its genome, developed test kits, all the while sharing everything with other scientists around the world, in what an appreciative WHO hailed as “an unprecedented sharing of data.”

The crucial research and data at the beginning of the pandemic, was the work of Chinese scientists and researchers.

And the government in Beijing was not lagging behind either. A number of countries in Europe had extended a helping hand to China, when the country still faced an unknown epidemic. China did not forget.

By the time the epidemic morphed into a pandemic, it was clear that the policy position of the Chinese government, was to fight the disease, as part of the global community. 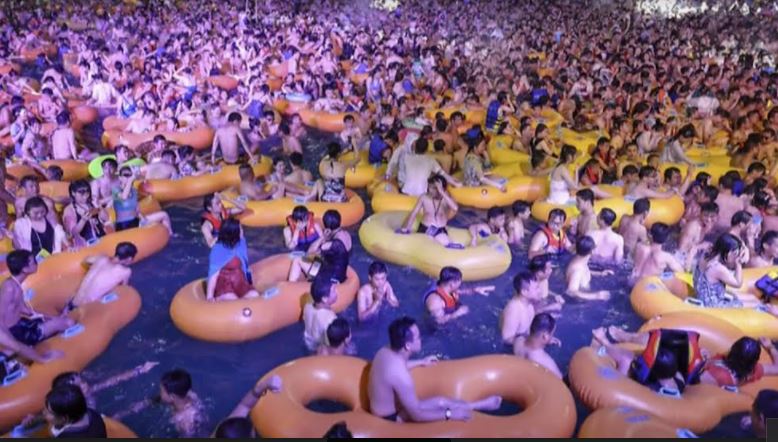 But such global unity was not to be. While scientists continued cooperating on some level or other, geopolitical interests quickly re-established the normal difficult relations between China and the West.

When the WHO director, Tedros Adhanom Ghebreyesus pleaded with the world powers not to politicise Covid-19, his pleas would go unheeded.

When, to repay the support that had been extended to them, China begun sending much needed supplies, including face masks, to countries around the world, including Europe, the initiative was derided as “Mask Diplomacy.”

China is a world power, and it is not farfetched to imagine that there may have been more than an element of seizing an opportunity out of a crisis, to extend its influence in the world. In this however, they would be mere amateurs, in comparison to the Western powers and their “string tied aid.”

With their warmth meeting a chill wind of suspicion, and fear of a resurgent China, all sides retreated back to old positions. Normal conditions resumed, competition rather than cooperation once more, became the order of the day.

When or if there is calm to review the last year, one of the most extraordinary achievements of any generation, will surely be the rapidity with which the scientific community was able to work in producing a vaccine for Covid-19.

If this review is dispassionate however, it will also note how China’s willingness to add its impressive emerging scientific prowess to global efforts was spurned.

Further pleas from the WHO director to countries to avoid “vaccine nationalism” would be futile.

It speaks volumes that China’s own vaccine, produced in record time, has been greeted with a deafening silence.

It is no doubt that there is always some degree of competition within the scientific community, as there is cooperation. But China might be forgiven for feeling that what it has experienced has been more akin to hostility.

What might the world have gained, if cooperation between Chinese scientists and their counterparts in the most advanced nations, had been publicly acknowledged internationally?

In almost every corner of the world, families continue to bury their loved ones, lost to Covid-19.

China is an exception. The country has contained the virus, and will unarguably emerge out of it stronger, especially its scientific community.

Economically, as every country of the world faces a recession, due to the pandemic, China will be the only major economy to grow.

In its annual report, the London based Centre for Economics and Business Research (CEBR), forecasts that China will have overtaken the US to become the world’s largest economy, by 2028. This, the report says, is earlier than anticipated, and is in large measure due to China’s handling of Covid-19.

“For some time, an overarching theme of global economics has been the economic and global soft power struggle between the United States and China” the report says, “the Covid-19 pandemic and corresponding economic fallout have certainly tipped the rivalry in China’s favour.”

In the war of words that has now taken the place of what might have been cooperation, the Chinese retort is that blaming their country for the spread of Covid-19, is a distraction from the West’s failure to deal more effectively with the virus.

It is clear that even now, a year into the pandemic, there are lessons the world can learn from China. How is it possible for instance that residents of Wuhan, who only a few months ago, endured the horror of seeing some of their neighbours literally drop dead from an unknown disease, can now, safely have mass parties?

There is an argument that every country is different, that China’s disregard for the rights of the individual meant draconian enforcement of Covid-19 preventive measures, which would not work elsewhere.

But, while every country is different, many things are universal, and fighting a deadly pandemic is one of those things. 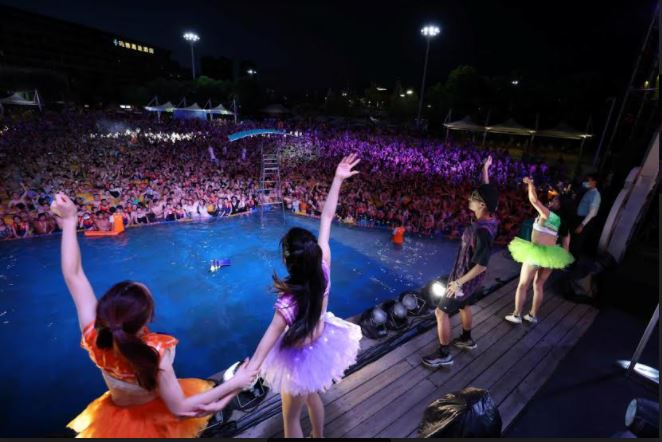 China has not done anything that everyone else is not doing, they are just doing them better, more effectively, and the results speak for themselves.

And we are often told that you talk not with people with whom you already agree, but with those you do not. It should therefore have always been possible to criticise China’s record on human rights, while cooperating with them.

The world has lost over a million people to Covid-19, soon to nudge two million. There is a country that has all but perfected a way of containing the virus.

China was, and may still be keen to work closely with the rest of the world to save lives. At this moment of global crisis, is it an act of extreme self harm to stand by positions of geopolitical rivalries, instead of cooperating to contain a deadly pandemic?