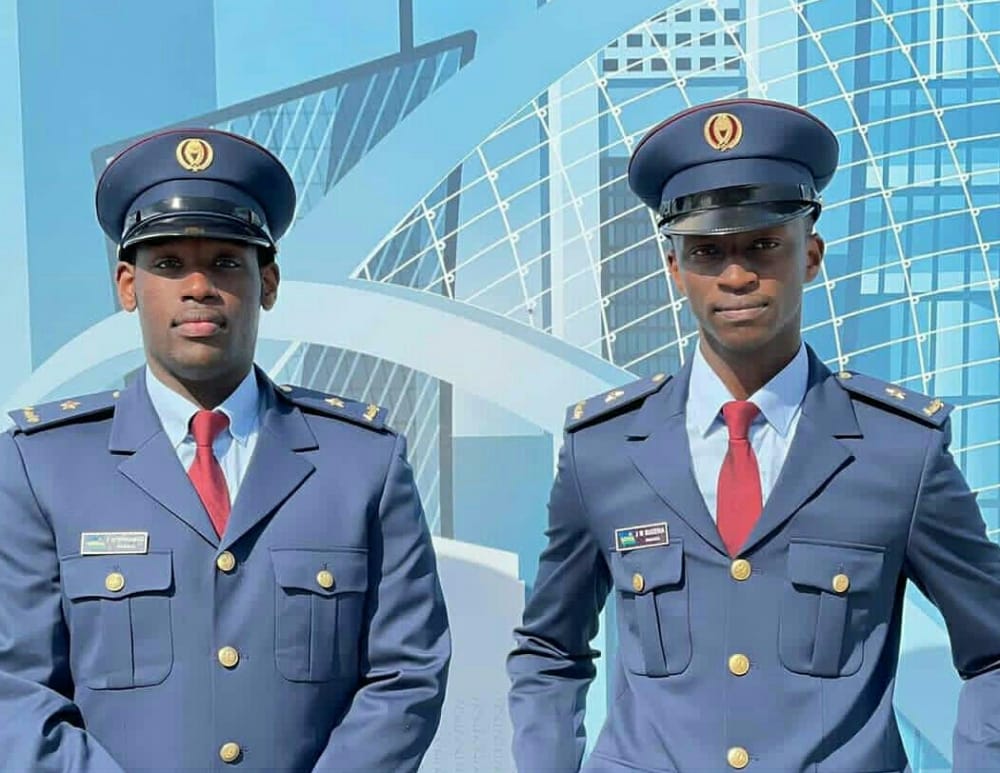 The duo who graduated with Bachelor’s degree from Al Zaeem Air College in Qatar on January 27 are 2nd Lieutenant Eloge Nyiringabo and 2nd Lieutenant Josia Rugema.

They are part of 85 graduates of whom 71 pilots and 14 support specialists from Qatar, Kuwait and Rwanda.

The graduation took place under the patronage of Tamim bin Hamad Al Thani, the Amir of Qatar and officiated by Prime Minister and Minister of Interior Sheikh Khalid bin Khalifa bin Abdulaziz Al-Thani.

A distinguished military delegation from the country and beyond was also in attendance. 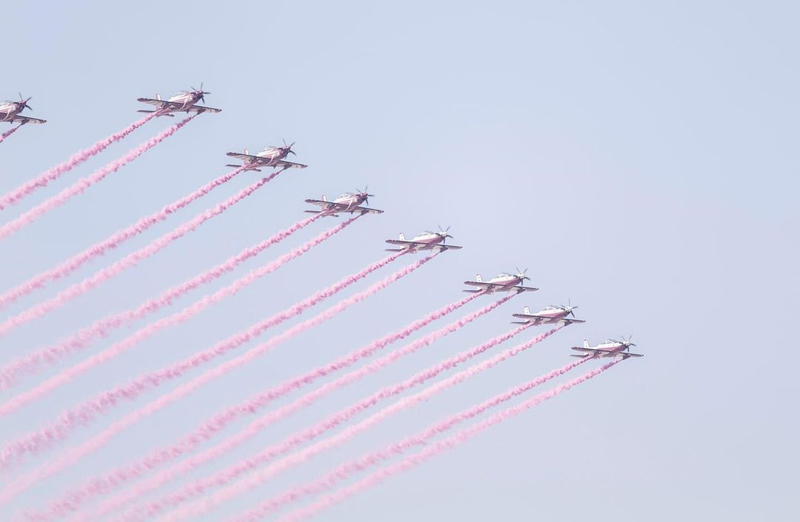 The graduation ceremony was marked with an Air show that began with several aircraft of the Qatari Amiri Air Force, such as Rafale, Mirage, C-130, and C-17 transport aircraft and Agusta 139 helicopters and  Al Zaeem College’s aircraft that also took part in the show using PC-21, Super Mushshak, and the H 125 helicopters.

The graduation ceremony was concluded with the Air force officers taking an oath.

According to the acting Commander of Al Zaeem Air college, Brigadier Abdullah Mubarak Al Mohannadi, the 8th batch of students spent three years of theoretical and practical training and have completed the requirements for obtaining a Bachelors degree in Aeronautics.

“The celebration this year came under exceptional circumstances which formed an unprecedented reality that placed everyone in front of huge challenges that cast shadows on all walks of life as a result of the outbreak of the coronavirus pandemic,” he said.

“ These circumstances did not discourage the College from moving forward with the implementation of expansion, development, and modernization plans in the field of pilot training and support specialties following the best international standards.”

Brigadier Mohannadi added that the college has developed new specializations such as air traffic control, air supply officer, and airport management specialization, to provide the Air force with more professional national cadres capable of dealing with the most complex systems with high efficiency.

He further noted that the College provided all the capabilities over the years of study to qualify the candidates and refine their military and academic personalities and consolidate their lofty values so that they would be role models in all service and duty positions.

How Did Rwanda Fair In the 2020 Bribery Index?