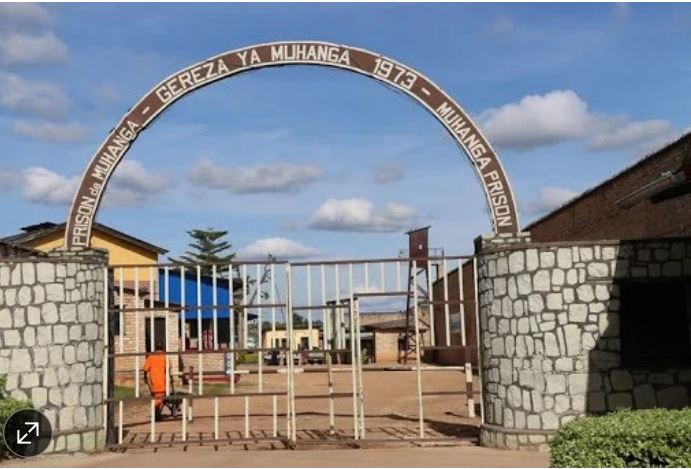 Rwanda Correctional Services (RCS) has announced the arrest of Jovin Mfitumukiza who escaped from Muhanga prison at the end of last month January 2021.

The nabbed suspect, and a former beneficiary of a presidential pardon (May 2o2o), had been remanded following an alleged murder of a taxi-moto operator in Shyogwe sector, a crime he allegedly committed in July 2020.

The suspect however managed to escape jail in the dark night of January 27, 2021 forcing prison wardens to fire warning bullets to stop him, but in vain.

Since then, the RCS Spokesperson, SSP Pelly Uwera said it had mounted a man hunt for the suspect who is also allegedly a common felon in Muhanga district and has been sent to jail for various crimes.

Mfitumukiza, was born in Rusizi district but has been running his criminal operations in Nyamabuye sector in Muhanga district, Southern Province.

After a couple of days into the hunt, Uwera said today that Mfitumukiza has been rearrested and currently alongside the person who housed him in Gifumba cell during his escape.

Muhanga district prison chief warden SSP Genevieve Niyomufasha told Kigali Today that Mfitumukiza and his alleged accomplice were arrested with the help of information and collaboration provided by citizens and local security organs.

The suspect, said Niyomufasha, is being interrogated for a fresh case file to be submitted on the crime of jumping jail which is also punishable by the law.

However, there has not been any official case opened on prison wardens in Muhanga prison where the suspect escaped from.

Mountain Gorilla Rally Pushed Back Due To Coronavirus