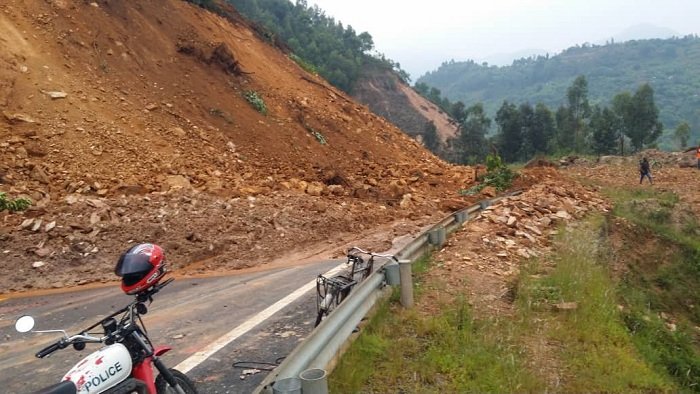 Transport was at a standstill today in a part of Rwanda’s Western province following a landslide that made an important high way inaccessible.

On Friday, the landslide obstructed the Kivu belt route which meanders on the shore of Lake Kivu to link Karongi district to Nyamasheke district of the touristic Western Provin.

Affected point is at the level of Gishyita Sector, Ngoma Cell of Karongi District.

The landslide follows heavy rains that have started early this month.

Heavy machines were hurried to the place to clear the road in front of loaded trucks that were carrying products to/from the West.

The challenge was that the land was too flagile, to an extent that, sooner had they cleared the road, more landslide would follow.

Saiba Gashanana, the Executive Secretary of Gishyita Sector told Kigali Today, our sister website, that the particular area “is not the only one that is vulnerable, rather, the landslide is a challenge along the road which meanders through the hilly Western Province.”