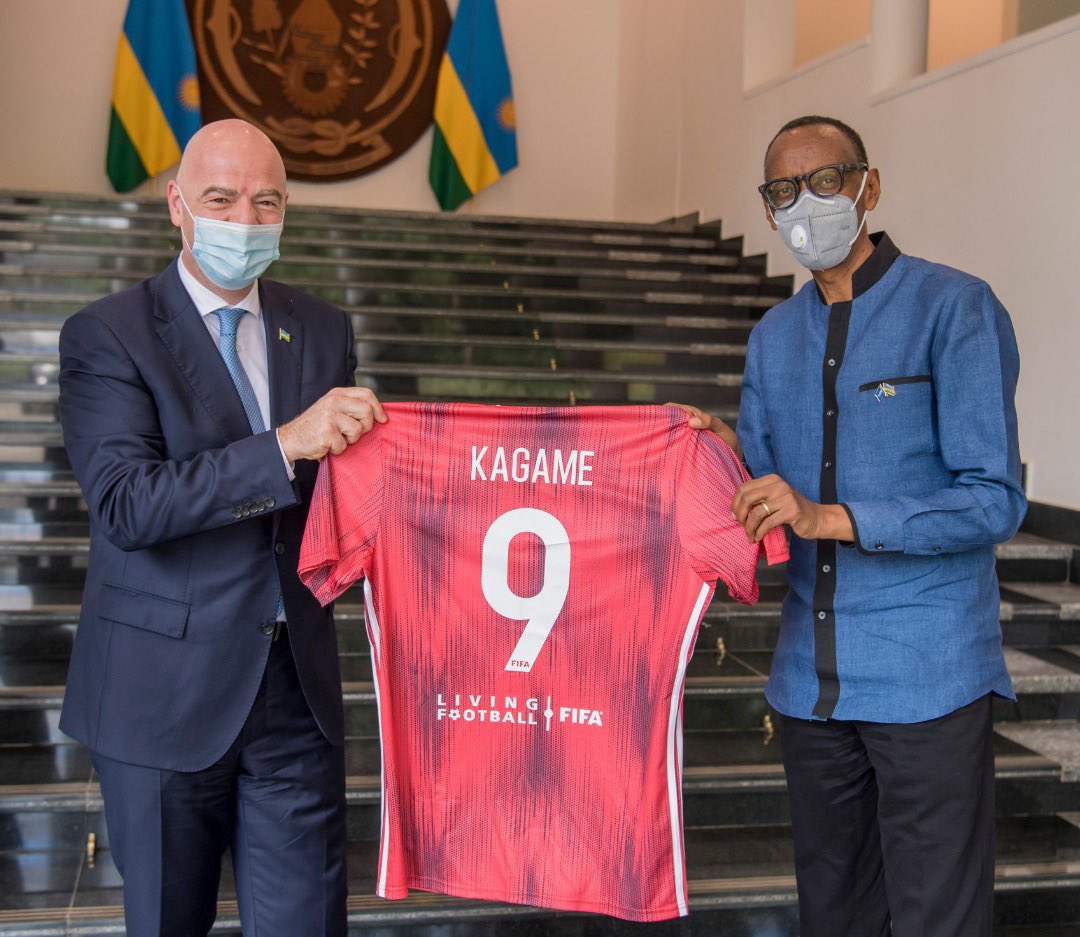 Earlier today, President Kagame met with the President of global football governing body, FIFA, Gianni Infantino, at Village Urugwiro. Infantino handed President Kagame a jersey and a ball in recognition of his role and support to the sport.

The FIFA head was in Rwanda to inaugurate the FIFA Regional Development Office which is headquartered in Kigali. The regional office which covers the Eastern African region, was relocated to Kigali from Addis Ababa, Ethiopia.

The red jersey with navy blue stripes, emblazoned ‘Kagame’ has no.9 and ‘Living Footbal’ ‘FIFA’ behind, 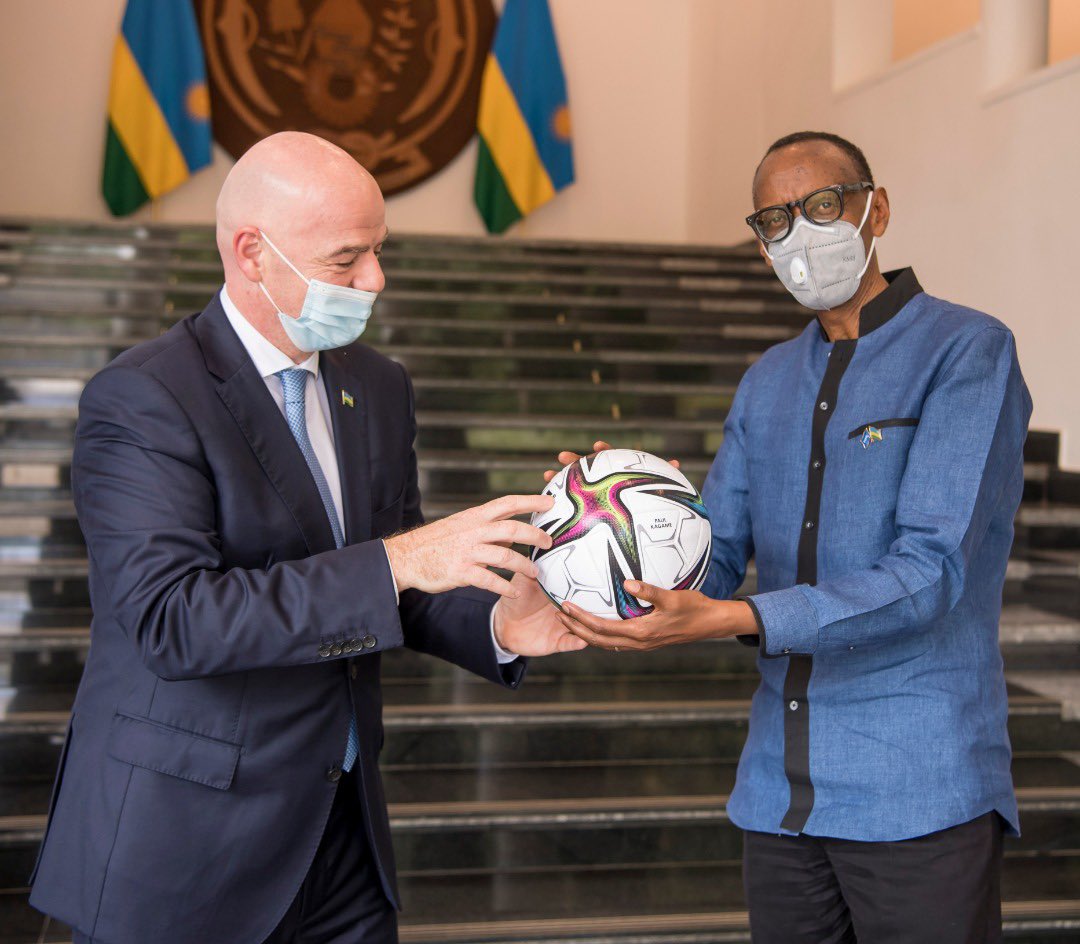 President Kagame received a ball from the FIFA head.

Infantino was accompanied by the Minister of Sports, Aurore Mimosa Munyangaju. The two officials, together with the Minister of Foreign Affairs and Cooperation, Dr. Vincent Biruta, had commissioned the office which is located in the magnificent I&M Bank building, in the Central Business District.

FIFA and the Government of Rwanda formally signed a Memorandum of Understanding for Rwanda to host the office, whose mandate is to coordinate all FIFA activities in the region. The world body has similar offices in different parts of the world, with the aim of providing strategic guidance to regional Member Associations, and provide recommendations to FIFA Headquarters for the development of the sport.

During the launch, Infantino commended President Kagame for his contribution to the sport and offering to host the office, which affirms his commitment to the development of the sport.

Infantino said that FIFA is looking ‘to do more’ to support football development in Eastern Africa, adding that “This office’s main task is not to organise meetings but to develop football.”

Minister Biruta said the partnership is a testimony of excellent collaboration that already exists between Rwanda and FIFA, highlighting some sports development projects in the pipeline, including stadiums in different districts of Rwanda. 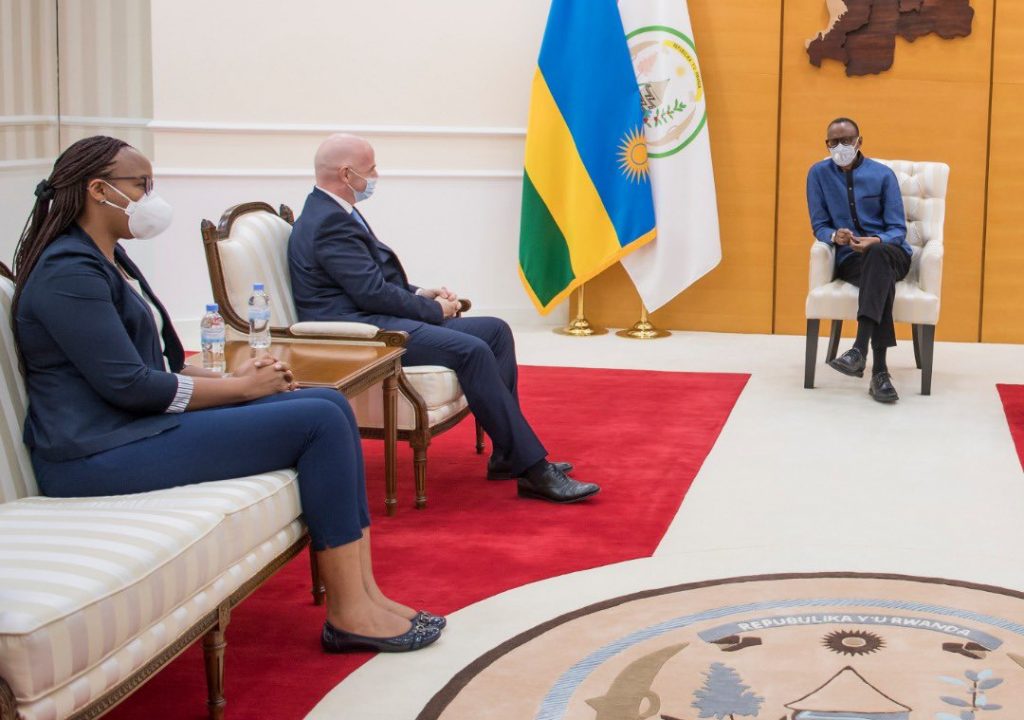 Infantino was accompanied by the Minister of Sports, Aurore Mimosa Munyangaju. 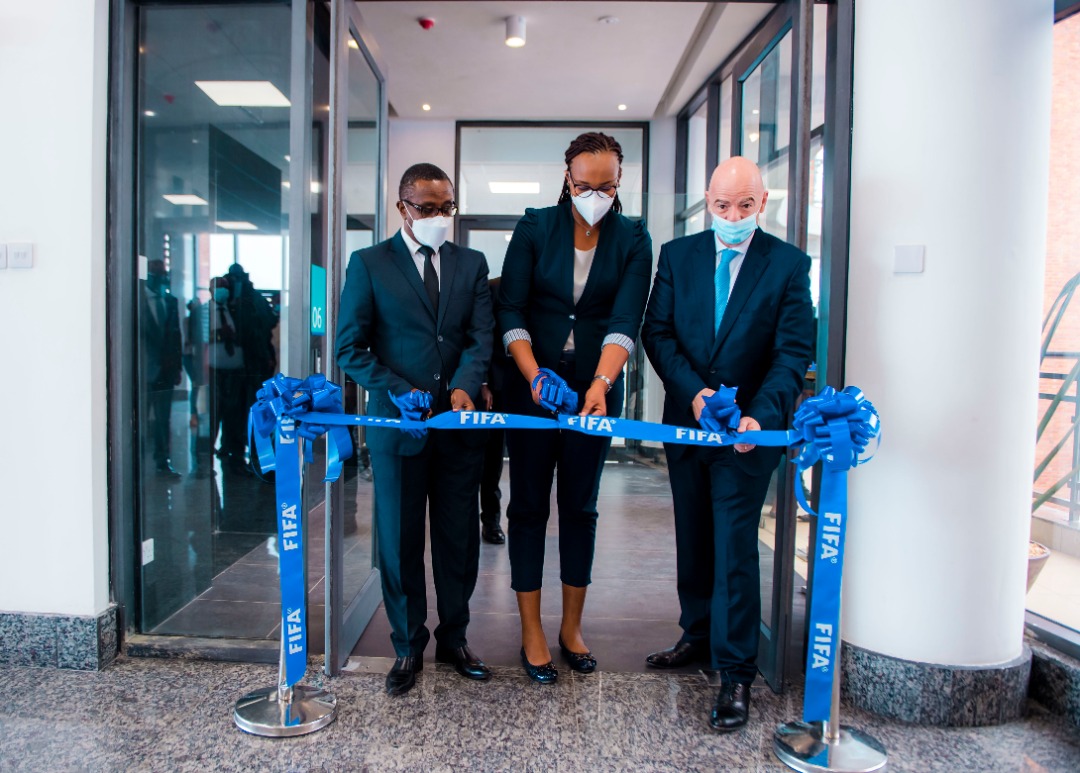 Earlier, Infantino had participated in the inauguration of the FIFA Regional Office in Kigali.

End of the Road? Miss Rwanda 2012, Aurore Mutesi Tight-Lipped Amid Break up Rumors