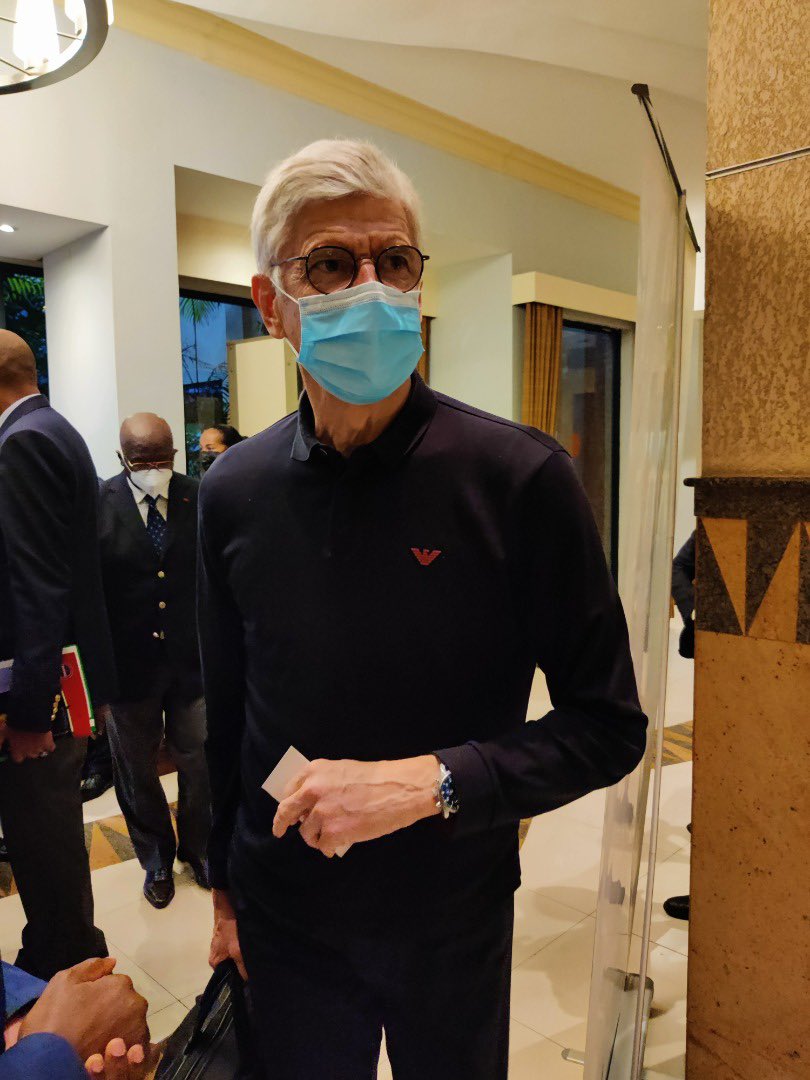 Arsene Wenger arrived in Kigali on Friday ahead of the today’s meeting.

Wenger, who currently serves as the world football body FIFA Chief of Global Football Development, is one of the many officials in Kigali to attend the EXCO meeting which will be chaired by CAF President, Dr. Patrice Motsepe.

FIFA President, Gianni Infantino will be among the distinguished guests.

According to CAF, the main items on the Executive Committee Agenda relate to the implementation of the Pan-African Schools Football Championship, the CAF/FIFA Refereeing Agreement and the FIFA-CAF USD 1 billion Infrastructure Development project. Amongst some of the matters under discussions will be the 2022-2024 competitions calendar and the challenges relating to the pre-match Covid19 testing.

Prior to the EXCO meeting, the CAF President will hold several meetings including with the six CAF Zonal Unions Presidents (CECAFA, COSAFA, UNAF, UNIFFAC, WAFU A, WAFU B)

In respect of local Covid19 restrictions, no media will be allowed to attend the press conference on site.

An online media briefing will take place after the Executive Committee with access granted on invitation-only basis.

All decisions taken by the CAF EXCO will be communicated via a media release following the conclusion of the meeting.

Wenger was the manager of Arsenal from 1996 to 2018, where he was the longest-serving and most successful in the club’s history. His considered among the great coaches that defined modern football along the likes of Sir Alex Ferguson.

He left the club in 2018 following fan’s dissatisfaction over the club not competing at the highest level and was replaced by Spaniard Unai Emery.

The BAL: Taking Rwanda to The World