Rubavu district residents are contemplating fleeing their homes following a fresh wave of earthquakes on Tuesday which continued to rattle the Western Province district, following the Saturday eruption of Mt. Nyirangongo.

From Sunday, tremors are being felt in the area and across Rwanda as the fire-spitting Nyirangongo continues to cause seismic movements in the Albertine rift valley, particularly the areas surrounding the Volcano ranges, mainly in Rubavu district and the Eastern DR Congo city of Goma.

Our reporter on the ground Sylidio Sebuharara says that the continued tremors have sent panic waves in the residents of the districts, who fear that another deadly eruption by Nyiragongo could be in the offing.

Buildings, roads, houses, schools, churches and the main Mosque of Rubavu have been damaged in their dozens as cracks continue to appear, prompting residents to flee. Residents of Isangano Village in the said cell have been urged to relocate to safe zones. 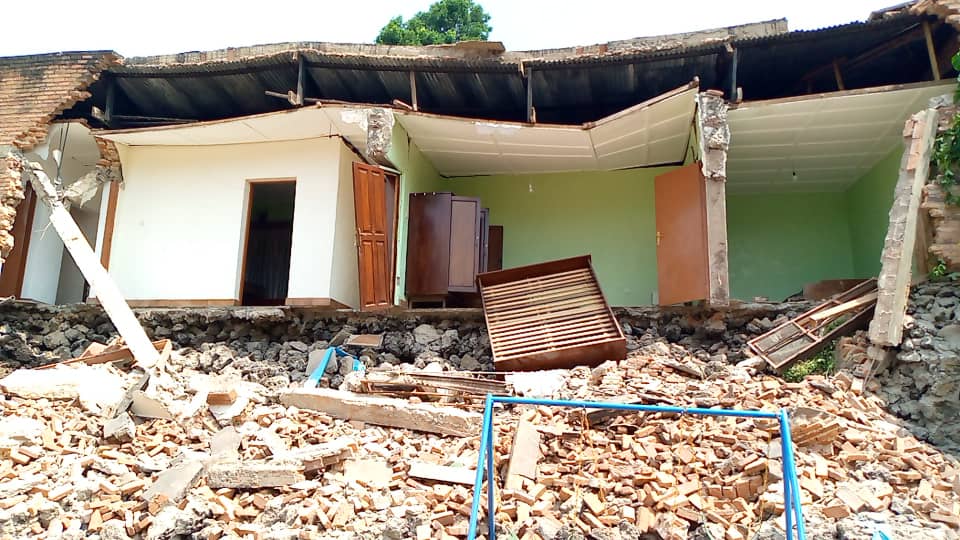 According to the Rwanda Seismic Monitor, the biggest tremor hit at 11:03am, with a 5.3 magnitude. It followed several tremors since morning which were going off with an interval of less than one hour. The epicentre was in Rugerero Sector, Rubavu district.

In Byahi Cell, Rubavu Sector, cracks which started on Monday, following the tremors, continued to widen as houses collapsed and others left shaky.

According to Rwanda Seismic Monitor, the ongoing earthquakes are known as “Volcano tectonic earthquakes” and are produced by vibrations generated by the movement of magma within the volcano as a result of Saturday’s eruption.

“Pressure beneath the surface of earth increases and the surrounding rock fails, creating small successive earthquakes,” the monitor, which operates under Rwanda Mines and Petroleum Board, states.

According to our reporter on the ground, local leaders asked the residents to relocate after houses started to collapse as the cracks in the ground continued to widen.

“We heard an earthquake yesterday and the crack appeared, the ground started to sink. Yesterday I slept in the house but last night I couldn’t. The cracks are wide and they appear before your eyes,” said a middle-aged woman who only identified herself as Winfred.

“Houses are falling apart; big cracks are appearing in the ground. We need experts to tell us if we can flee far away from here,” Winfred, who saw her house burn. She is now being hosted by neighbours.

Police and Rwanda Defence Force (RDF) personnel on the ground have closed off roads that lie along the fault line while schools were closed and children asked to remain home while shops and markets have been vacated.

More Rwandans on social media complained about feeling the tremors in different parts of the country. Geologists have warned of continued seisimic activity. The death toll from the recent eruption on Tuesday rose to at least 20, after 5 people were found choked to death from toxic fumes when they attempted to cross one of the recent and barely cooled down lava flows that had cut through their neighborhood in an area 13 km north of Goma.

It is suspected that they died due to odorless carbon dioxide trapped in depressions on the surface of the flow – the slopes of Nyiragongo are infamous for many fissures and ground vents emanating accumulating sometimes deadly concentrations of the highly toxic gas. 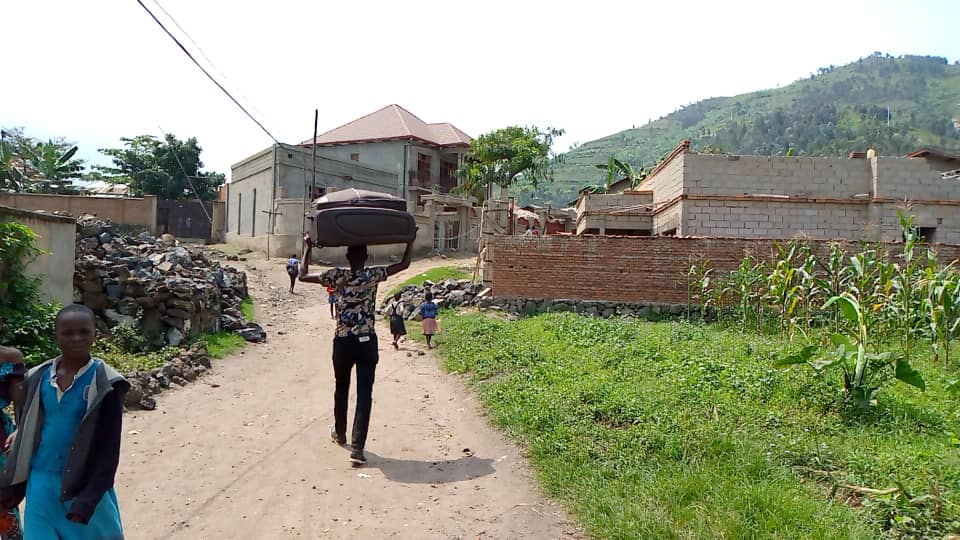