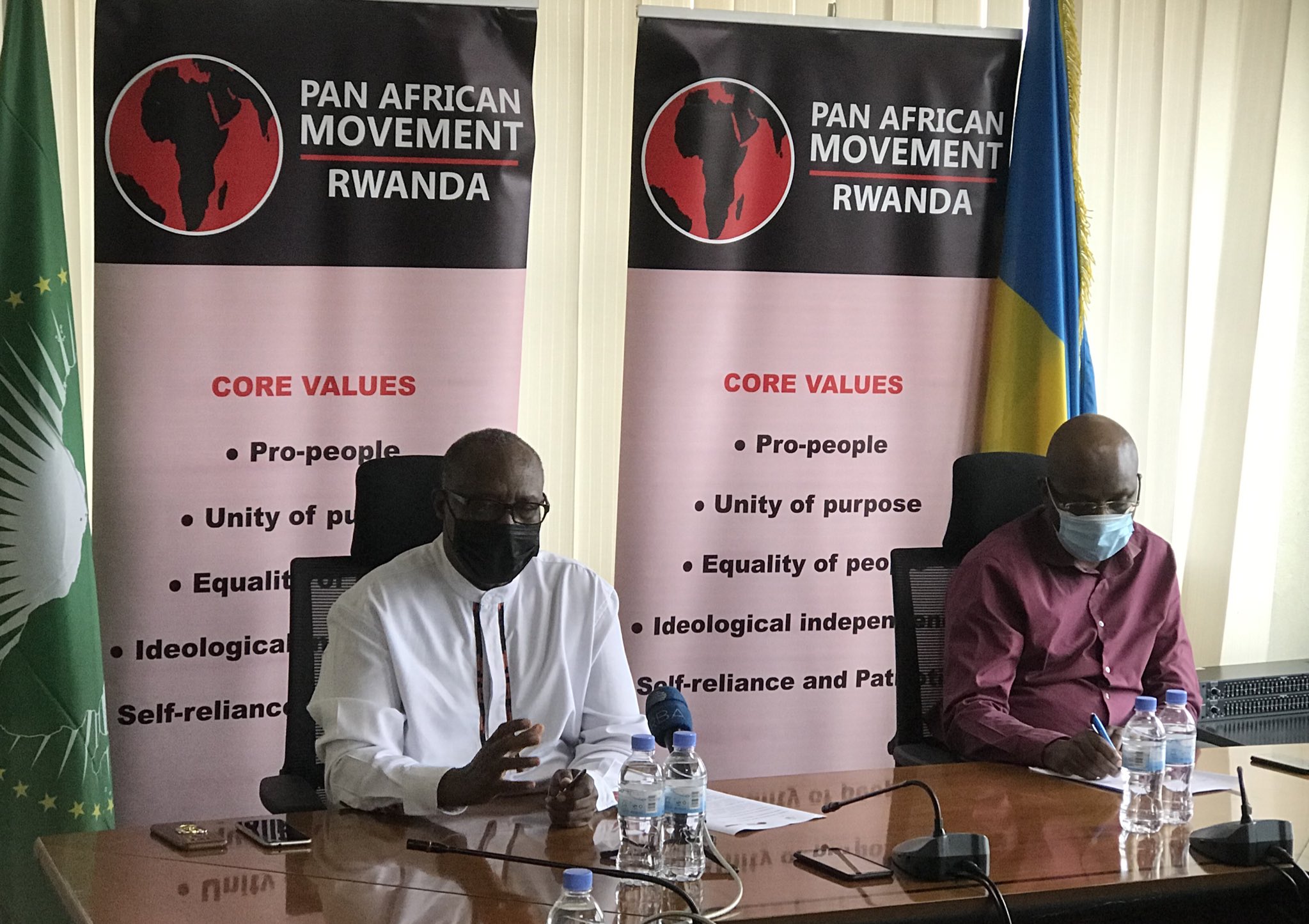 Rwanda has today joined the rest of African countries to celebrate Africa Day 2021, with a renewed call to share home grown solutions to the continent.

African Day, formerly African Freedom Day and African Liberation Day, was initiated in 1958 and its annual celebrations started on May 25th, 1963 reflecting on Africa’s movement towards independence and freedom, and reaffirming the commitment to Pan-Africanism movement set to have total liberation and unification of Africa.

This year, the event is celebrated under the theme: “Arts, Culture and Heritage: Levers for Building the Africa we Want”.

In Rwanda, Protais Musoni, the Chairman of Pan African Movement Rwanda told a press briefing this Monday that arts and heritage have a key role in promoting Africa’s liberation agenda.

However he said that to push this age- long  agenda, there is a need to share home grown solutions and have a mindset change.

Though the journey is still long towards attaining African unity, Musoni said that there is a need for ownership of what is African and sharing it to solve the continent’s problems.

For example, Musoni said that Rwanda’s revolution and innovations in home grown solutions such as Umushyikirano (national dialogue), Gacaca courts (a community justice system used to handle genocide crimes) should be one of the tangible areas to start with.

“I think Umushyikirano is the first example to be replicated in Africa, not sold, since it offers solutions to a democratic leadership and dialogue between the president and citizens,” Musoni said.

Musoni also pointed out that the success of Gacaca justice in Rwanda is another example which can be taken on by other countries as a way of solving conflict in Africa, in an African way.

“This means that though Gacaca originates from Rwanda it can be replicated in other societies but the principle here should be to see how we (Africa) can solve our problems without putting them aside,” Musoni said.

According to Musoni, this commitment to solving African problems should be a collective yet an individual responsibility but since this year is focusing on art and heritage, he said that the art industry should drive the agenda with a conscious leadership.

“The songs, musics and arts we produce in Africa should be done with a conscious leadership, to lead us to the Africa we want…In other words do art which can sell Rwanda to Africa and rest of the world,” Musoni stated.

The 2021 Africa Day in Rwanda will be celebrated alongside the International Museums Day which will also come with a virtual celebration on national TV and launch of a 3-month long arts and heritage exhibition at the Kanombe Arts Museum in Kigali.

Ambassador Robert Masozera, the Director General of Rwanda Cultural Heritage Academy (RCHA) said that the exhibition will invite Rwandans to taste seven areas of the countries art and heritage.

“This will give an opportunity for the Rwandan creative industry, that was affected by COVID-19, to market, sell and network once again but also enable citizens to learn their culture and heritage,” Masozera explained.

Masozera indicated that this is expected to enable the creative industry in post-COVID19 recovery since the sector had earlier registered 67% growth from 1999-2016; recording income growth ofo Rwf328billion- a growth of 17 times.

Both Masozera and Musoni stated that Rwanda’s art and culture heritage should be driven by youth innovation but with a focus on integrating ICTs as part of long term sustainability in the world driven largely by tech.

Musoni said that, just like the Nollywood film industry in Nigeria, this will require having Rwandans creating special groups of innovators with a mission to create culturally driven ideas that have an impact on Rwanda, Africa and the world at large.