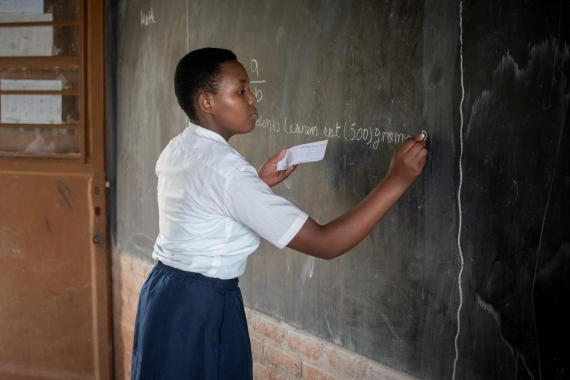 Among MInisters to be summoned: Minister of Education tp explain issues in thsis sector

The Parliamentary Public Accounts Committee (PAC) has summoned eight cabinet ministers to explain areas of concern that were highlighted in the Auditor General’s Reports.

MP Valens Muhakwa, the PAC Chairperson said that the ministers will be summoned this month of May, as part of a follow up on issues highlighted in the reports and recommendations made by parliament for audit year 2014/2015 to 2017/2018.

The Ministers who will appear before the parliament include; education, agriculture, finance and economic planning, justice, health, public service and labour and infrastructure.

The list of officials to be summoned will also include the Minister in the Prime Minister’s office, who according to Kigali Today reports will explain short fall in their portfolios.

The Ministry of Infrastructure is expected to explain how far they have gone with rectifying issues in the national biogas program which was earlier on reported to be less beneficial to citizens as a result of poor planning, implementation and management despite government injecting billions in construction of community based biogas systems.

Moreover, in the PAC hearing, 2019, parliament showed that citizens were complaining bitterly that they paid for energy, only to have installations that didn’t function and some of the installations were blocked and no paperwork to prove the work done.

One of the complainants said that they paid heavily from their savings between Rwf100, 000 and Rwf500, 000 for the small biogas systems, and between Rwf650, 000 to Rwf 6 million for the bigger ones.

This ministry was given up to April 2020 to come up with a new plan to resolve the issues in the program of which parliament will be looking for a practical plan in the hearing.

The Ministry of Justice will update the parliament on the long standing issues of embezzlements, administrative errors in which the government has ended up losing court cases.

Through the prosecution follow up on some of the cases of embezzlement as in the 2017-18 Auditor General’s report 92 cases were filed and Rwf537m lost in embezzlement was recovered out of a total Rwf5.6 billion embezzled or swindled in that period.

With 54% internet coverage in schools, the ministry of education is expected to explain issues of lack of internet access in schools where the government has disbursed laptops and many of them remain idle due to lack of infrastructure.

In September 2020, PAC gave an ultimatum to the Higher Education Council (HEC) to clean up its poor institution management issues- especially poor bursary funds management and ghost disbursements as recorded in the Auditor General (AG) for years.

After sacking many officials in the ministry agriculture and arresting some officials over mismanaged fertilizer programs, the ministry is expected to explain a lasting solution on equitable fertilizer, inputs, seed distribution and access which has been brought to the attention of the government.

In one of the hearings in 2019, PAC disclosed recklessness within Rwanda Agriculture Board (RAB) showing the body ordered for tons of hybrid seeds for farmers, and when the farmers rejected them due to poor quality, the stocks remained shifted around starting from Huye to Muhanga districts in Southern Rwanda, where they are finally lying idle.

The finance and economic planning, infrastructure and  health ministries will have to explain how they have or plan to resolve issues of breaching tendering procedures, unpaid dues for suppliers and thousands of residents still waiting to be compensated for their property where works of public interest have already kicked off.

The Public Service and Labour will neither be spared here as it has to update the parliament on how far they have gone with resolving irregularities in the public recruitment system and job examination exercises.