Tour du Rwanda In The Time Of Covid-19 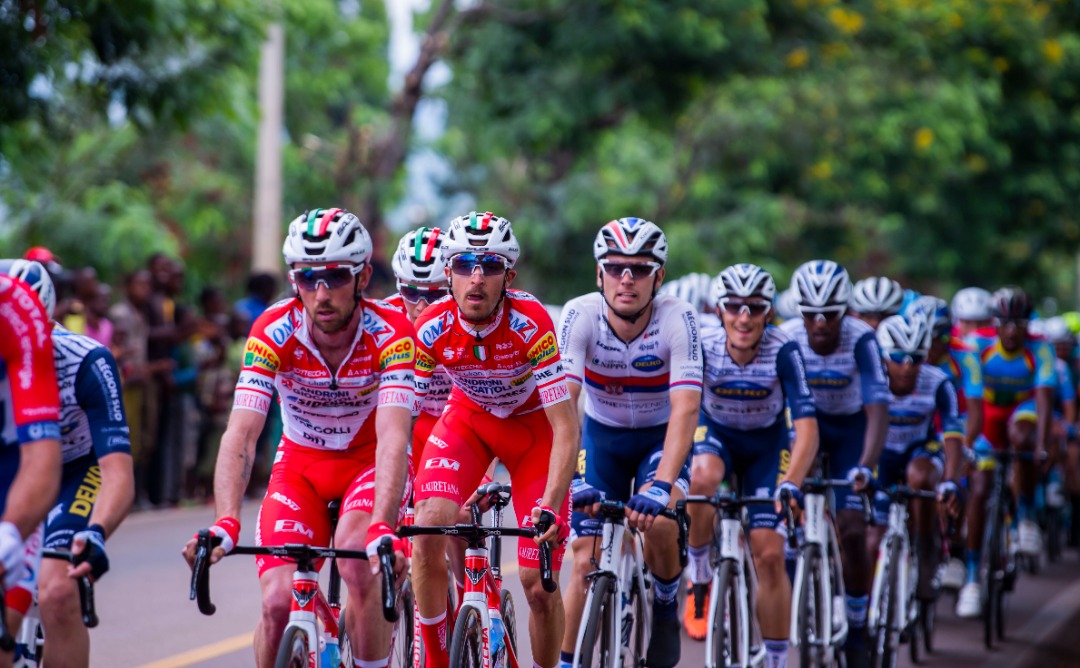 It is that time of year once again, when the entire nation comes out to cheer groups of young men in lycra shorts, riding high tech bicycles, at speeds that would discourage the average hungry cheetah from giving chase.

Yes, Tour du Rwanda 2021, kicks off today. By the time you finish your breakfast, the riders will have cycled the 115.6km kilometres from the capital Kigari, to the next nearest town of Rwamagana, and back again. 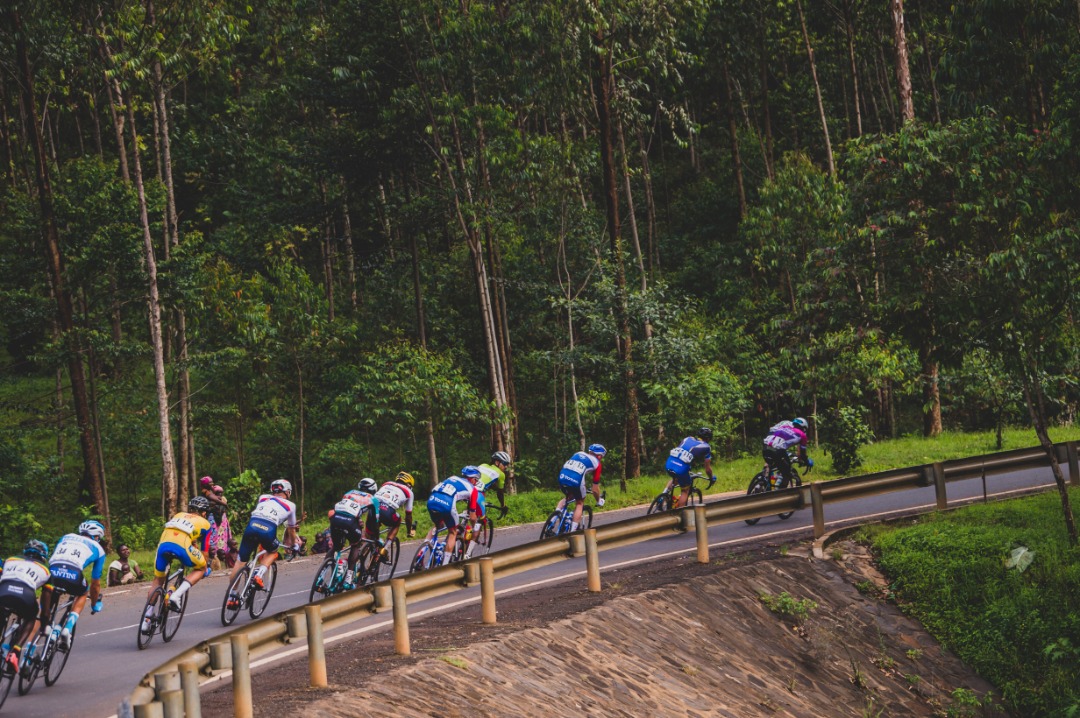 Since its introduction in 2009, the tour has grown to become one of the most highly anticipated sporting events, rivalling even football, the ‘beautiful game’ itself.

Every year since 2009, has seen record crowds coming out along every route, cheering on all the riders, irrespective of nationality. 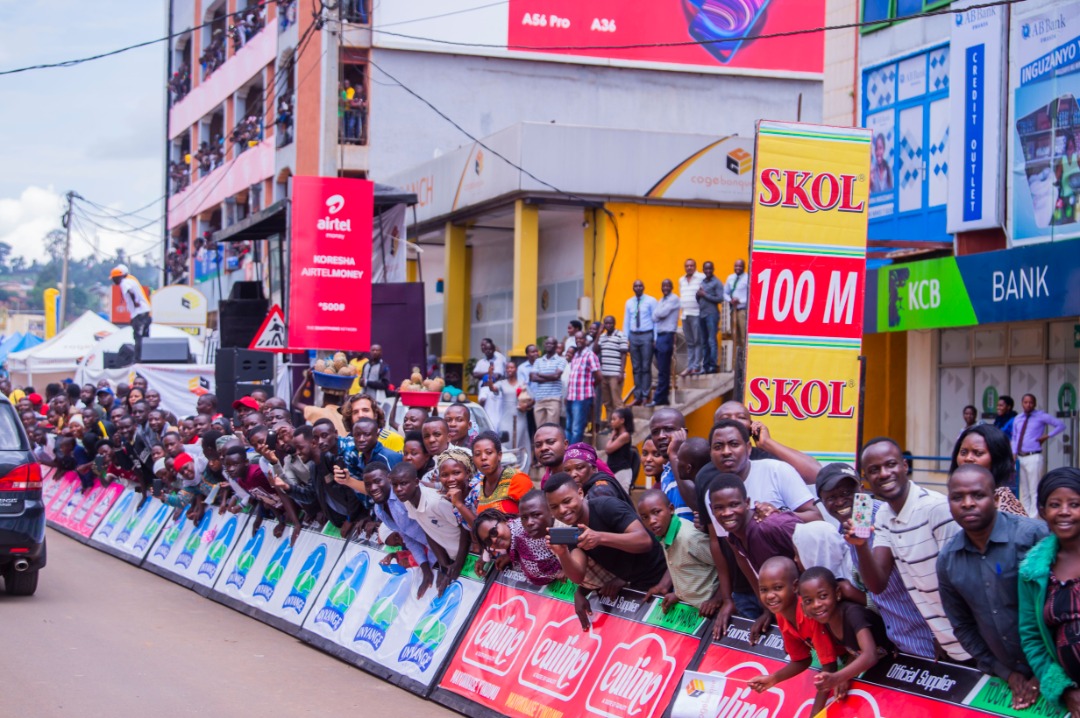 Predictably, however, the cheers ring loudest, for the local riders. The supporters’ enthusiasm has always been amply rewarded.

Such has been the teams’ success, that Rwandans have now come to expect that every year, they will see a Rwandan rider on the podium.

At every stage of the route, riders can expect huge crowds, flashing the widest smiles, from which emanate the loudest cheers. Joy unconfined for the duration of the event. 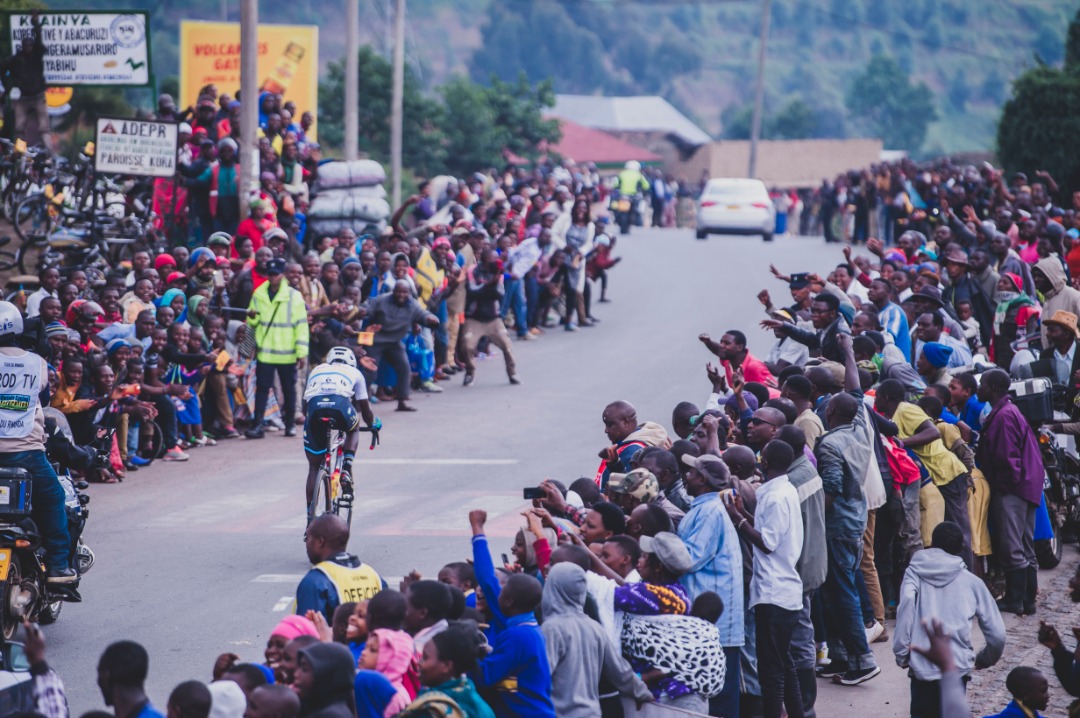 The event is nevertheless a bittersweet moment for most Rwandans.

The tour falls outside April, the main month of commemoration of the 1994 genocide against the Tutsi. But it is still within the hundred days of commemoration, which end on 4th July, the day the Rwanda Patriotic Front (RPF) forces delivered the nation from the deathly grip of the genocidal government. 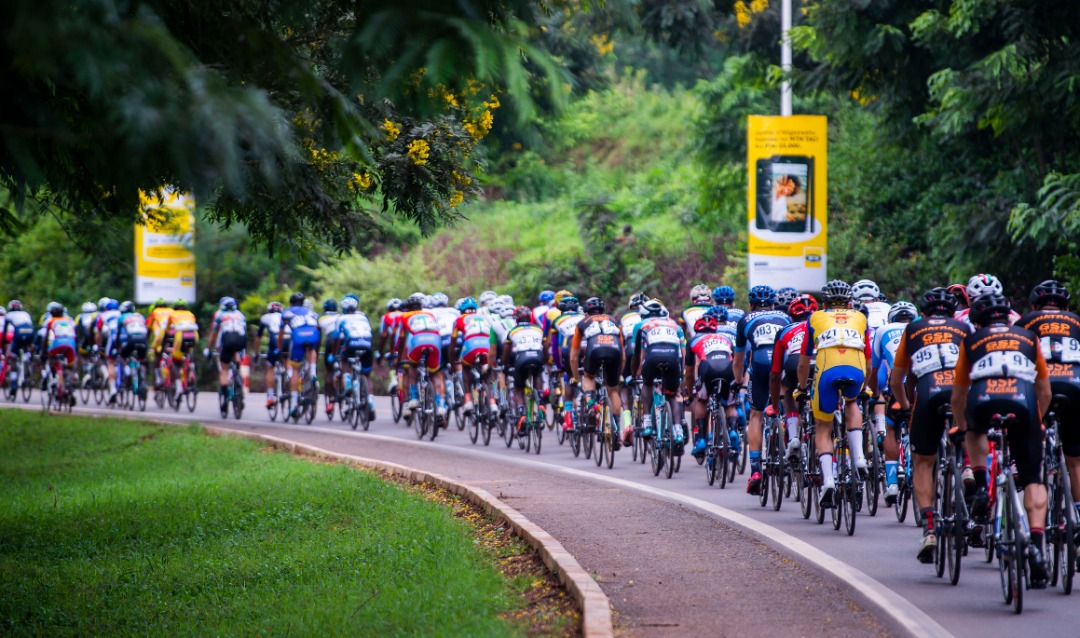 For many, their joy and pain will flow in the same channel. But they will smile, and they will cheer, their own smiles, their own voices, but also for the loved ones they carry always, in their memory.

For Rwanda, this will be the first major sporting event, indeed any event, where large crowds have gathered, since the beginning of the Covid-19 pandemic. 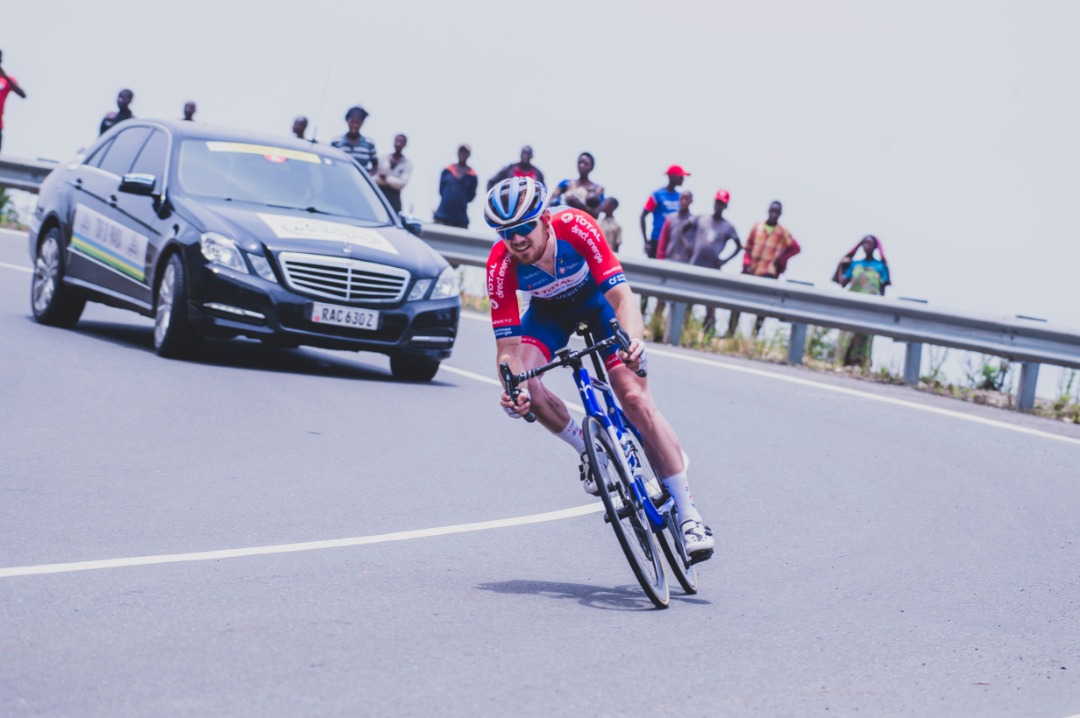 Those cheers and smiles will be hidden behind face masks, and along the route, stewards will be busy, reminding people to keep at least a metre and a half, between one person and the next. 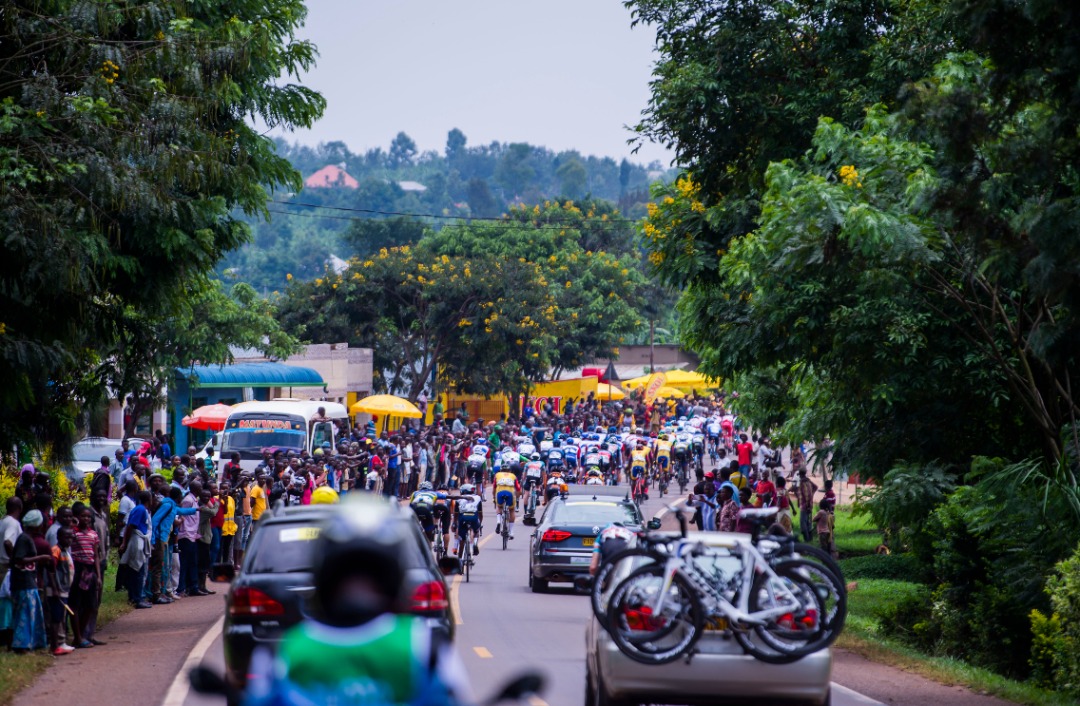 For the riders, masks will be optional, but Covid-19 preventive measures have imposed major changes for the routes.

In normal times, riders would spend the night in the town from which they would set off to the next stage. 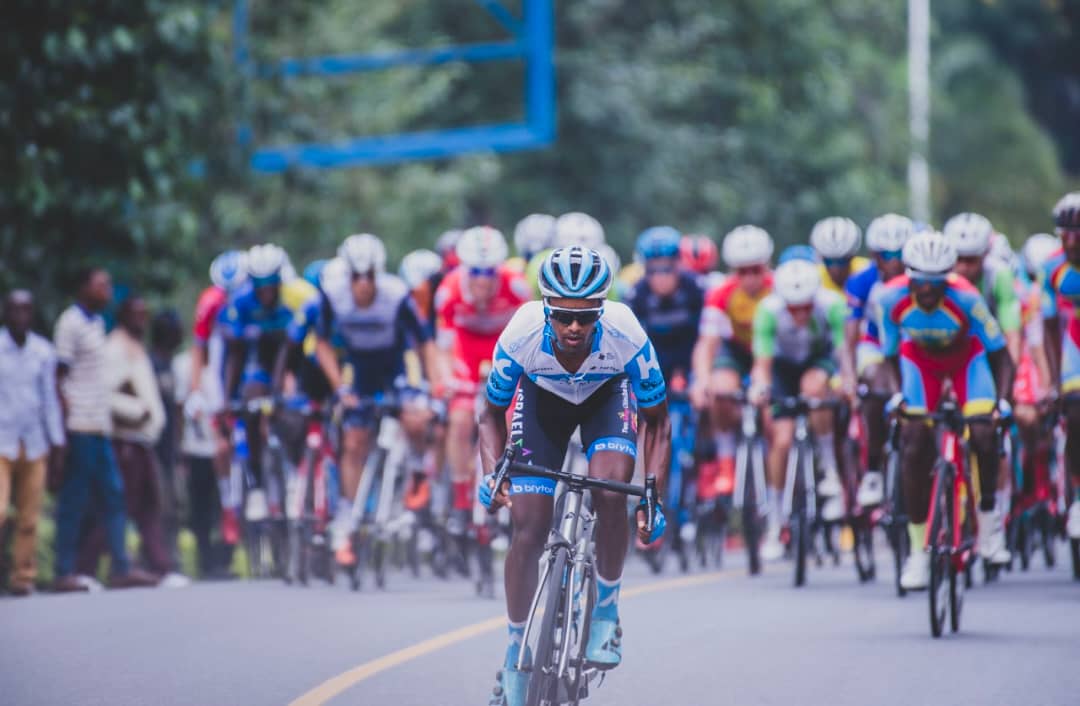 This year, irrespective of the stage, riders will spend the night in the capital, Kigali.

For the majority, for whom this will not be the first time in Rwanda, the first, and second stages will be familiar.

They will race from Kigali, to the nearest town of Rwamagana, and back again to Kigali. 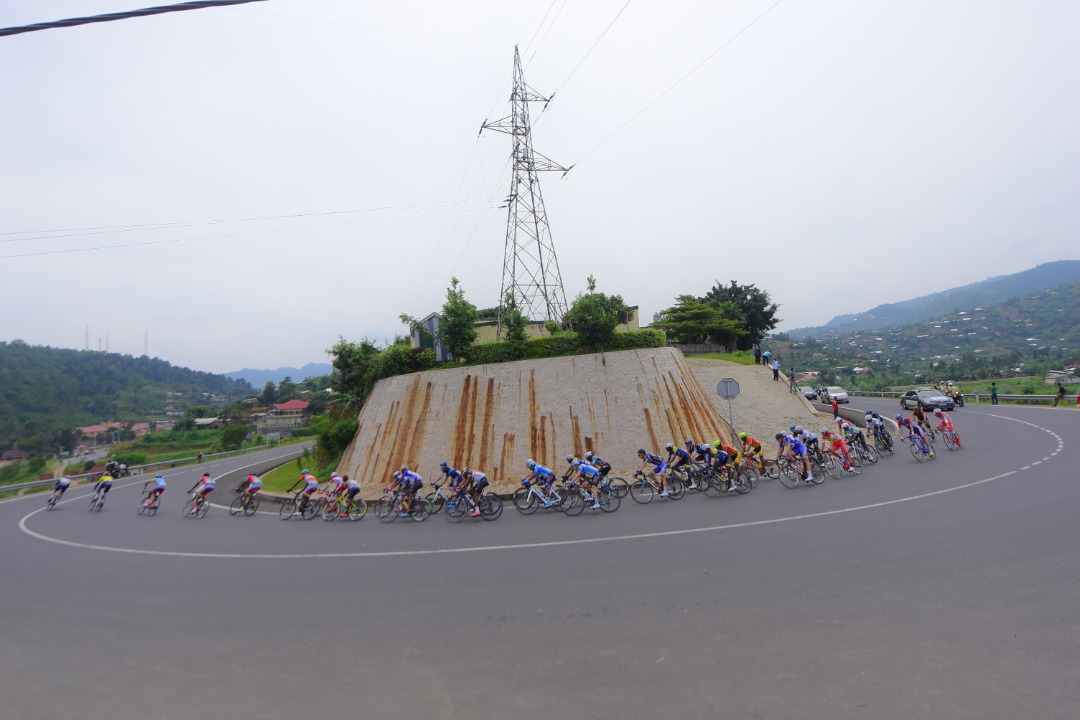 Stage two, will go from Kigali, to Huye. Thereafter, measures against the spread of Covid-19 make things more interesting, if complicated and inconvenient. 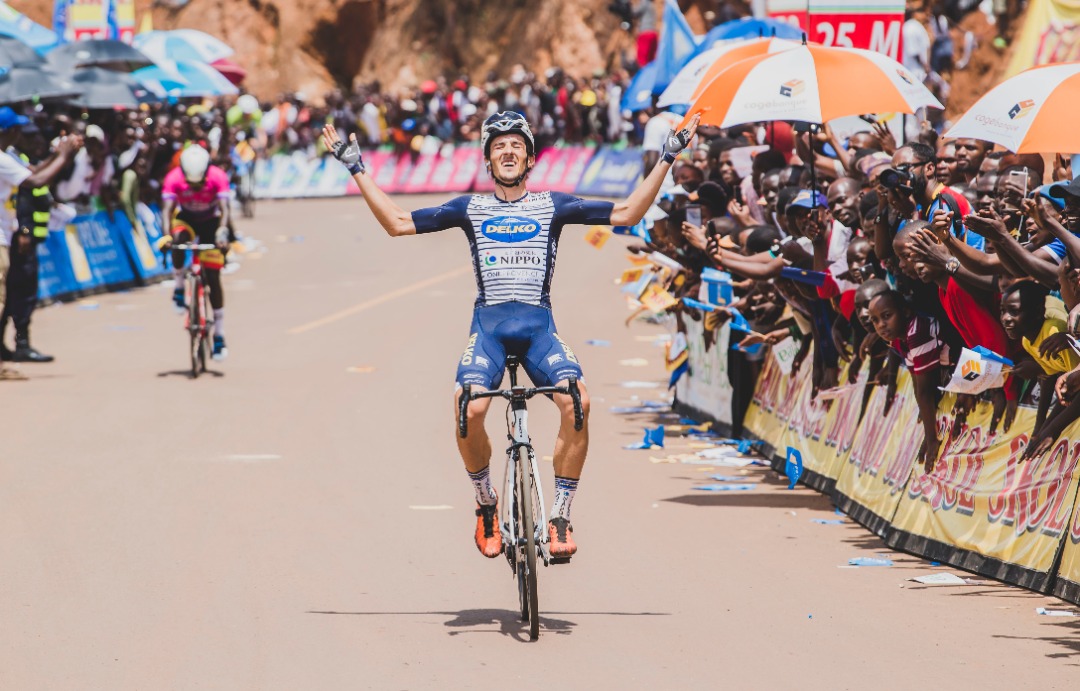 Instead of spending the night in Huye, as they normally would, special coaches will bring them back to Kigali, from where they will travel the next morning, again, by coach, to Nyanza, for the Nyanza to Gicumbi stage. 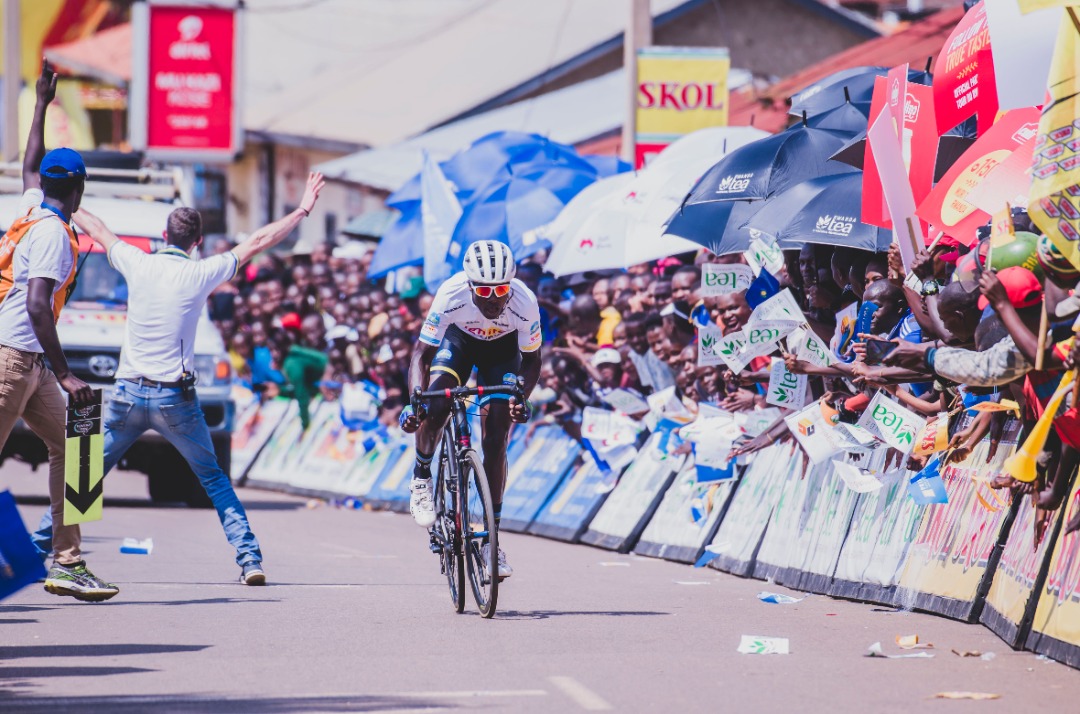 From Gicumbi, it will be back to Kigali, by coach, and after a night’s rest and recuperation, the hard ride to Musanze. From Musanze, it will be off the saddle, and onto the coach to Kigali, again. Back on the coach the following morning, this time to Nyagatare. 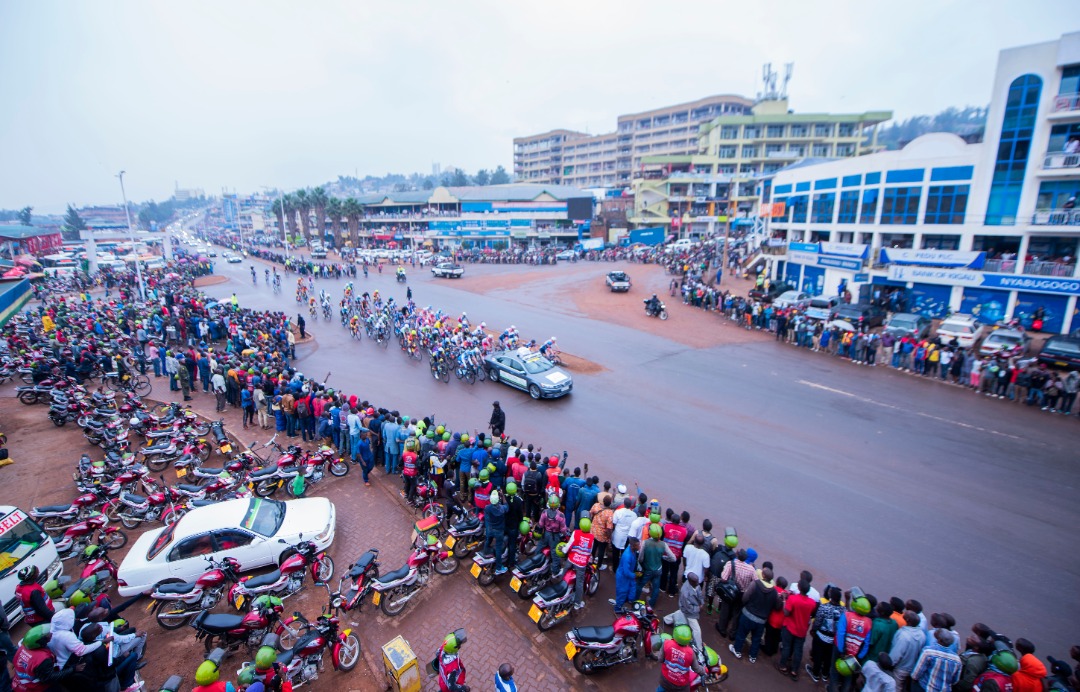 The more diligent among them will most likely use the trip to memorise the route, because once in Nyagatare, they will get on their bikes for the Nyagatare-Kigali leg of the tour.

Despite the COVID-19 pandemic, the 13th edition of Tour du Rwanda has attracted strong teams including a World Tour team, Israel Start-Up Nation. The Israel-based team will be racing against a strong field of 16 including pro-continental, continental and national teams from Africa, Europe, America and Asia. 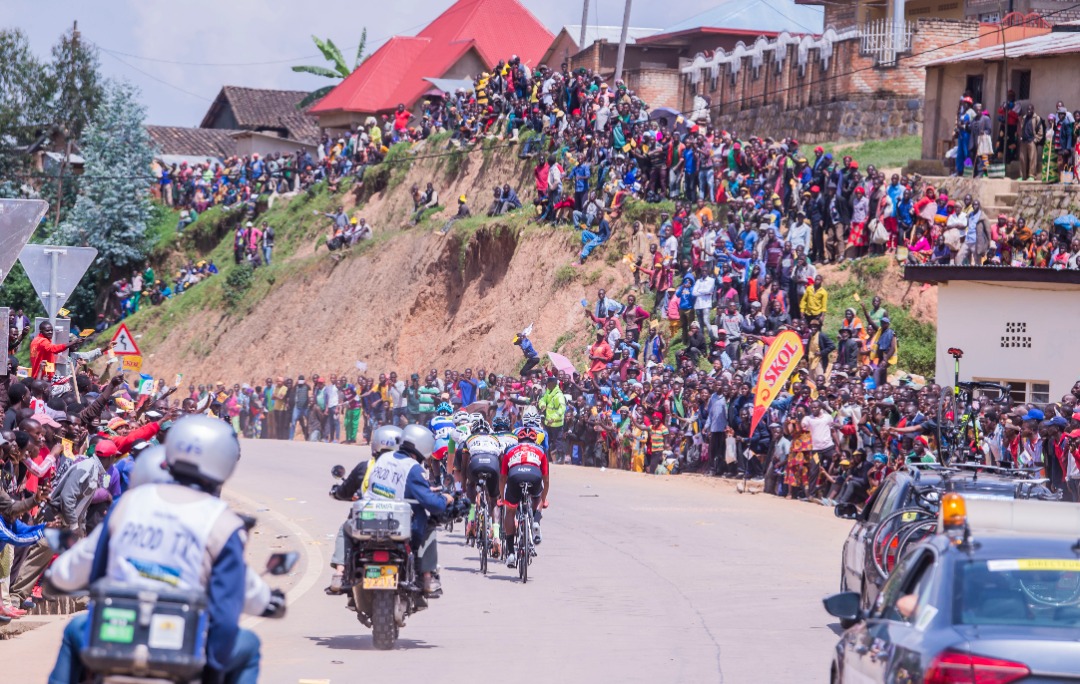 With the race continuing to go from strength-to-strength the Tour du Rwanda will have strong field of riders going head-to-head across Rwanda during the eight days of action. 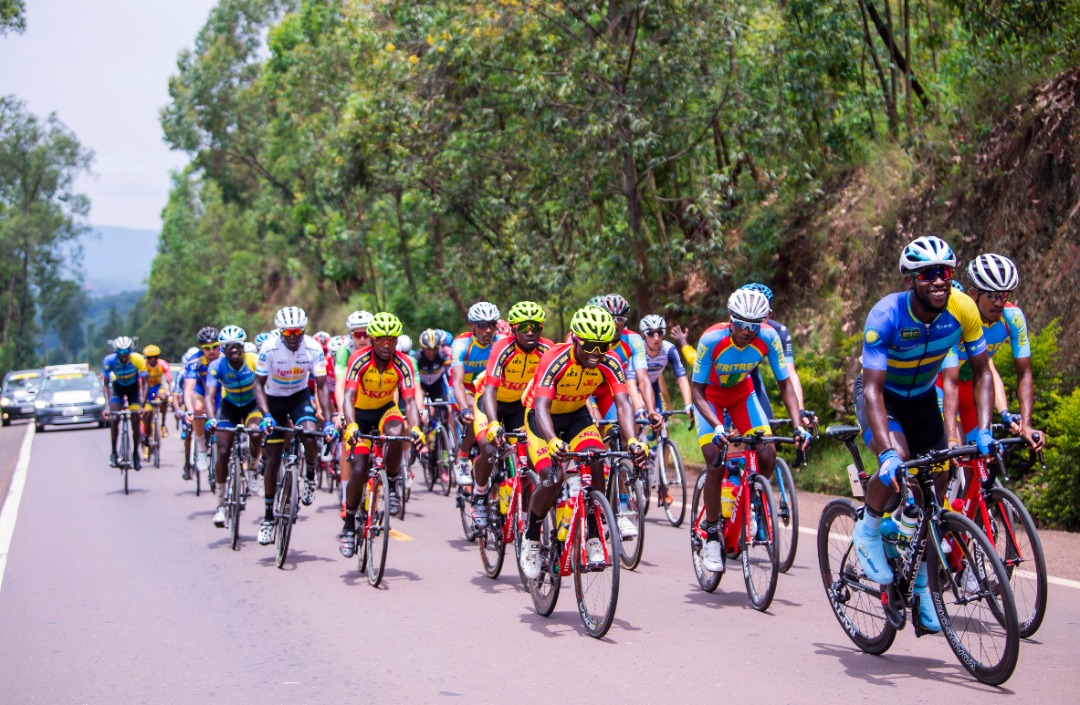 Through national and international media coverage of quality, beautiful landscape of the country of ‘A Thousand Hills’ are seen all over the world.

Tales of the Tour du Rwanda in the time of Covid-19, will probably be told in many professional cyclist’s retirement years. 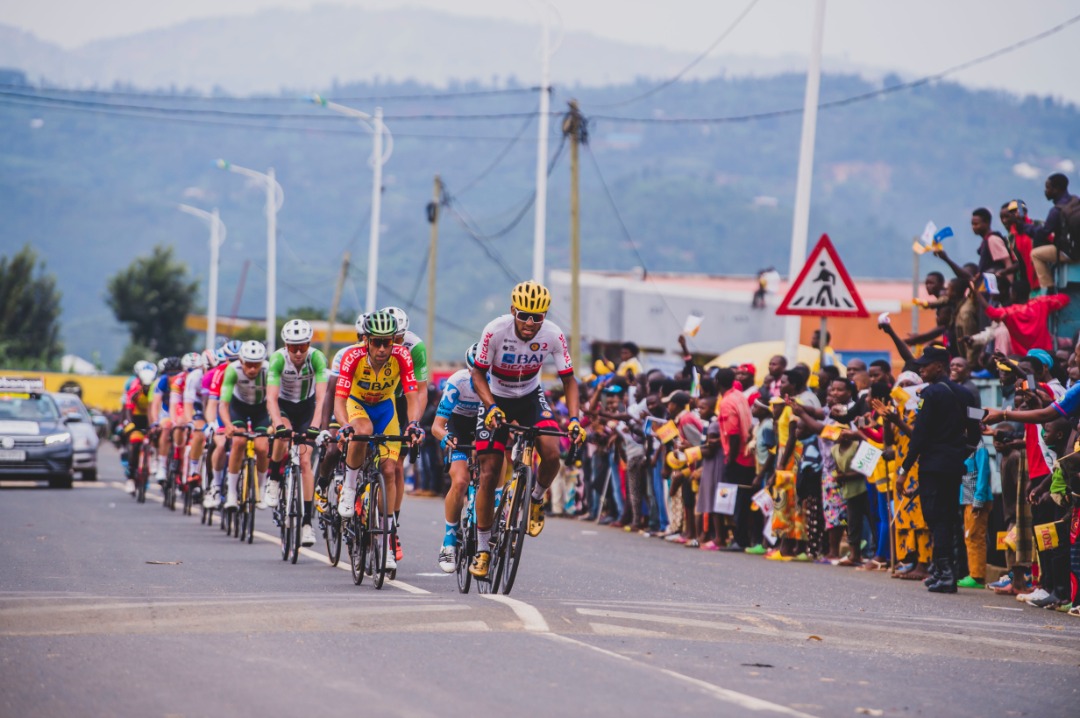 We Want Peaceful Co-Existence With our Neighbours- President Kagame