President Kagame Sends Condolences to the People of Zambia 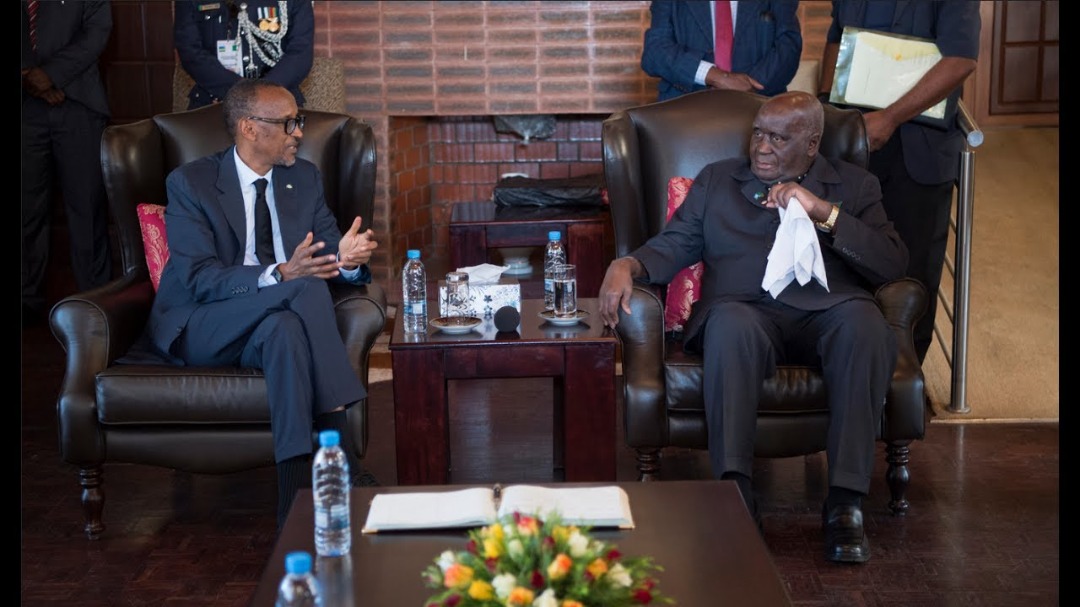 President Paul Kagame has sent his condolences to the people of Zambia following the death of their former President Kenneth Kaunda who passed away on Thursday June 17, 2021.

“My heartfelt condolences to the family of President Kenneth Kaunda and the people of Zambia,” Kagame said in part of his message on Twitter, June 18, 2021.

Kagame’s message adds to a multitude of condolences that the Zambian people have been receiving from many African Heads of State, top government officials, and friends of Zambia across the world.

Kaunda, who was 97-year-old, served as president from 1964 to 1991 before entering an active retirement as a Pan-African ambassador and mentor of many African leaders.

Kagame who has personally been a close friend of the late President Kaunda and met with him while on a state visit to Zambia in 2017, eulogized Kaunda’s commitment to Africa.

“His commitment to Africa’s liberation will never be forgotten. His leadership on the continent and legacy of Pan-Africanism will live on for generations to come,” Kagame noted in his message.

Kaunda was the first President and founding father of modern Zambia and one of the founders of the current African Union (AU).