Édouard Ngirente, the Prime Minister of Rwanda says the development of adequate cross-border infrastructure is important to lower transaction costs and accelerate the movement of goods and services between cities and countries.

Dr. Ngirente made the call to interlink cities on Wednesday as he officiated at the opening of the 41st General Assembly of the Association Internationale de Maires Francophones (AIMF), a summit that brings together mayors in the French-speaking countries, who are meeting in Kigali.

The Prime Minister pointed out that as countries continue to grow and urban development accelerating,  cross-border cooperation plays a major role in the economic integration of cities.

“Rwanda is also active within the framework of the partnership developed between cross-border towns in the Great Lakes region. This partnership demonstrates that borders now act as a “link” and become the basis for trade integration between states, cities, and populations. This also proves that cities and citizens are also, alongside States, actors in diplomacy,” PM Ngirente said.

“Cross-border cooperation plays a major role in the economic integration of our cities. Therefore, the development of adequate cross-border infrastructure is very important to lower transaction costs and accelerate the movement of goods and services,” he pointed out.

The four-day meeting kicked off on Monday 19 in a hybrid setting due to the current measures of mitigating the spread of the Covid-19 pandemic.

The AIMF convened 200 leaders in physical attendance at the Kigali Convention Centre (KCC), while the rest attended virtually. The meeting aims at exploring the role civil society organizations can play in developing urban planning policies.

PM Ngirente said that the holding of this congress which is themed around urbanity for Francophonie cities and the role of the Mayors and Civil society is a new opportunity for exchanges on strategic cooperation between the municipality and civil society organizations to meet the challenges. challenges of living together and social cohesion.

“I very much appreciated the choice of this theme which highlights the vocation of the International Association of Francophone Mayors, which aims to be a framework for cooperation between cities and the promotion of ambitious and responsible policies in the service of a more respectful, more promising urbanity for the benefit of the population,”

On Tuesday 20 Anne Hidalgo, the Mayor of Paris among other delegates took time and visited the Kigali Genocide Memorial – the final resting place for more than 250,000 victims of the Genocide against the Tutsi.

AIMF was established in 1979 and Rwanda joined in 1987 initially with Kigali city.

Since then, three other Rwandan cities, including Rubavu, Rusizi, and Nyanza have joined the organization.

With targets of developing more secondary cities, Pudence Rubingisa, the Mayor of the City of Kigali said that they expect Muhanga, Huye, and Nyagatare to join during this year’s meeting.

According to the City of Kigali, AIMF seeks to promote exchanges with local communities and other cultural areas and their networks, involving them in the discussion and signing agreements with them in partnership to strengthen local democracy and support decentralization policies.

“At the local level, the vocation of civil society is to respond to the needs of citizens. It, therefore, has its part to play in the implementation of the city’s public policies. I, therefore, take this opportunity to salute the role of civil society as a whistleblower and its contribution in monitoring the activities of local communities,” Ngirente said. 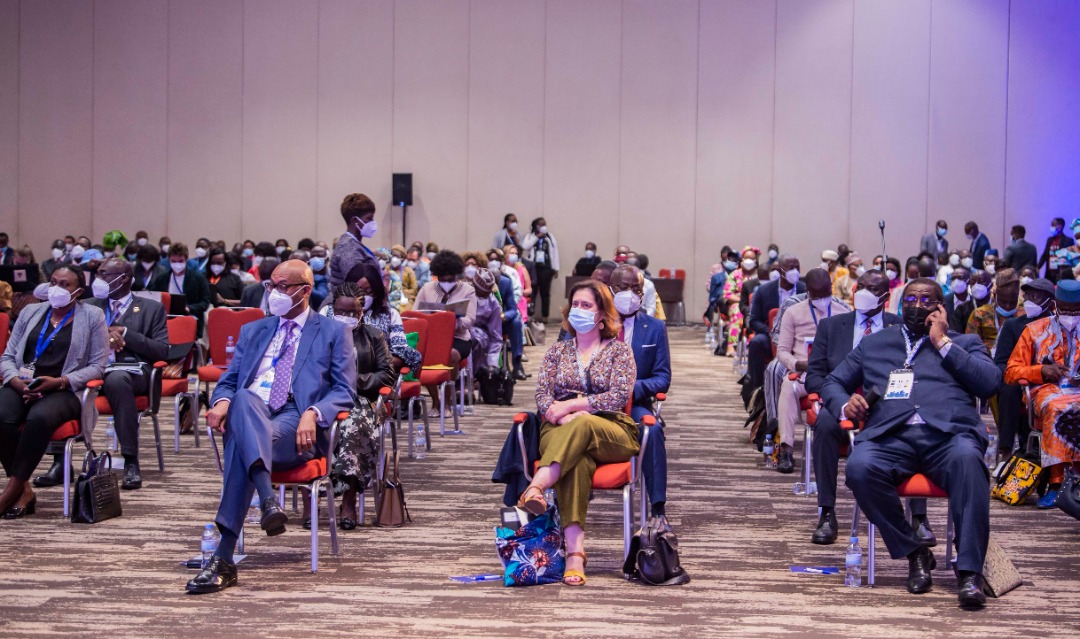 On Tuesday also, Rubingisa and Hidalgo signed a five-year cooperation agreement in the fields of new technologies, innovation and culture.

The cooperation agreement will see the Kigali and Paris exchange experiences and experts in urban policies promoting digital entrepreneurship and innovation.

The agreement also aims at encouraging incubators and structures that promote innovations in the two cities to jointly organize projects and events.

The agreement will also have both cities exchange experiences and expertise in the fields of promoting youth entrepreneurship, innovation, digital technology, technology transfer, and the development of innovative services provided to the population.

“Today, consultation between civil society and municipal services is evident in all areas. This consultation allows different cities to offer more appropriate solutions that meet citizens’ expectations. On this point, allow me to highlight the example of partnership developed by the Government of Rwanda, for the promotion of inclusive economic growth,” Ngirente said. 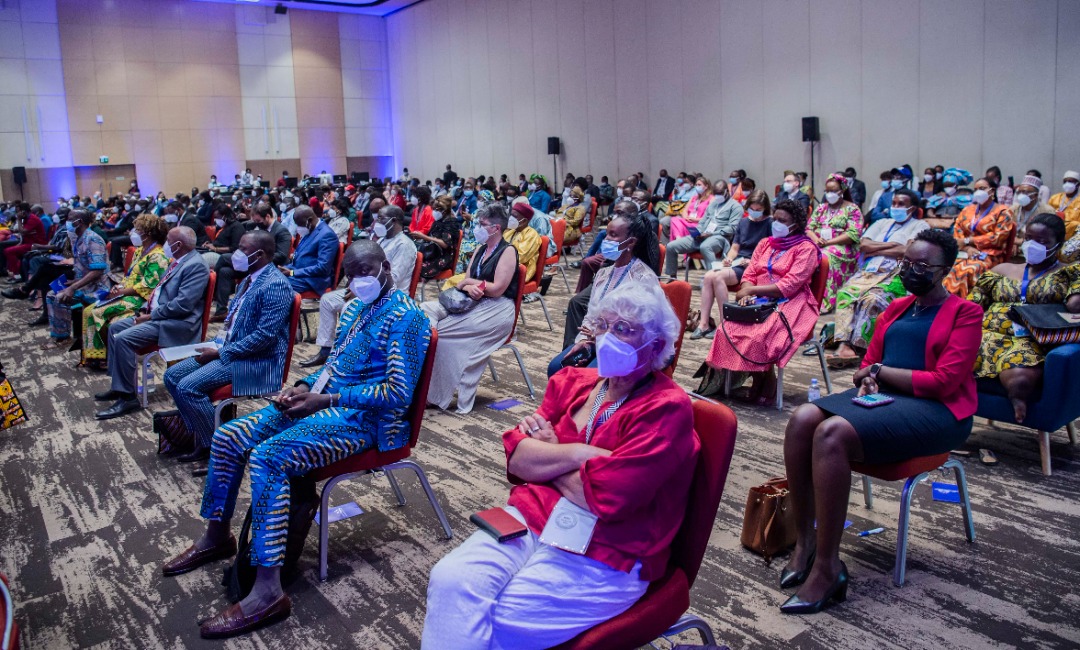 He added that in Rwanda, civil society is seen as a strategic partner of the state, contributes to the achievement of its development objectives, and constitutes an important pillar in the good governance of the country.

“In this regard, the Government of Rwanda provides financial support to civil society organizations within the framework of institutional capacity building to facilitate the implementation of their programs,”

“In this context, the Rwandan Government, in collaboration with other partners, launched in 2014 a program aimed at strengthening the capacities of civil society organizations for effective and responsible governance. Given the importance of this program, the Government of Rwanda and its partners have decided that it be extended until 2023. This was done to foster an enabling environment allowing Civil Society Organizations to play a role. key role in policy design and reform,” Dr. Ngirente added.

He further added that so far, more than 180 civil society organizations have already benefited from this partnership and the government of Rwanda continues to provide funds in the form of grants to competitive projects. 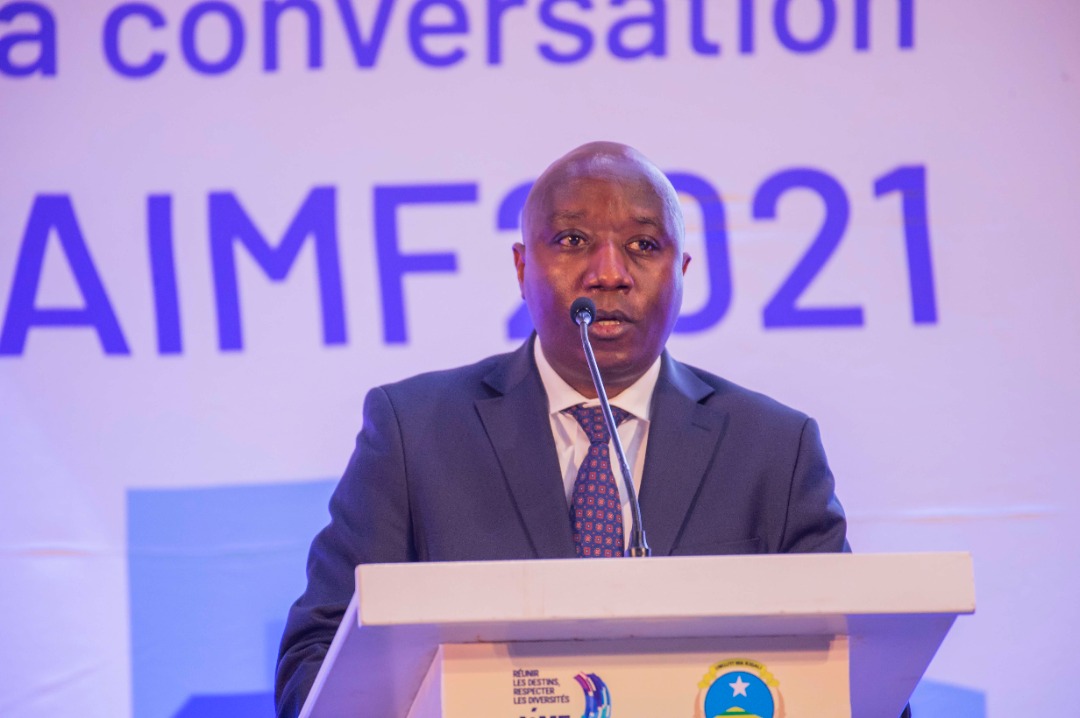 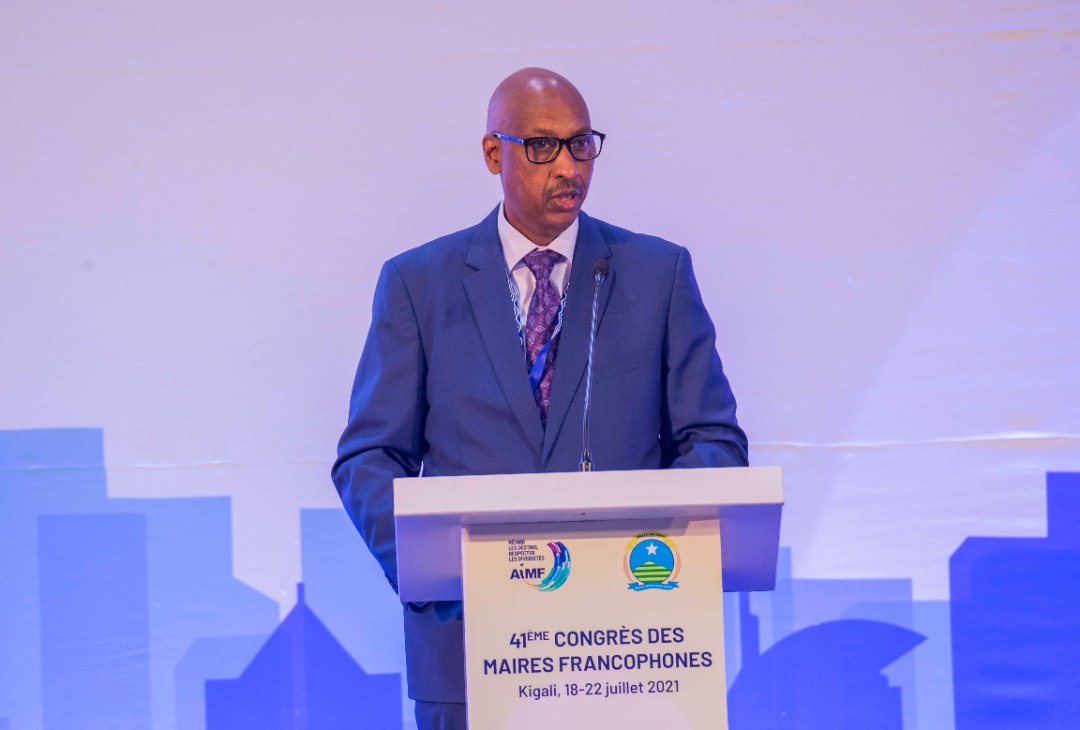 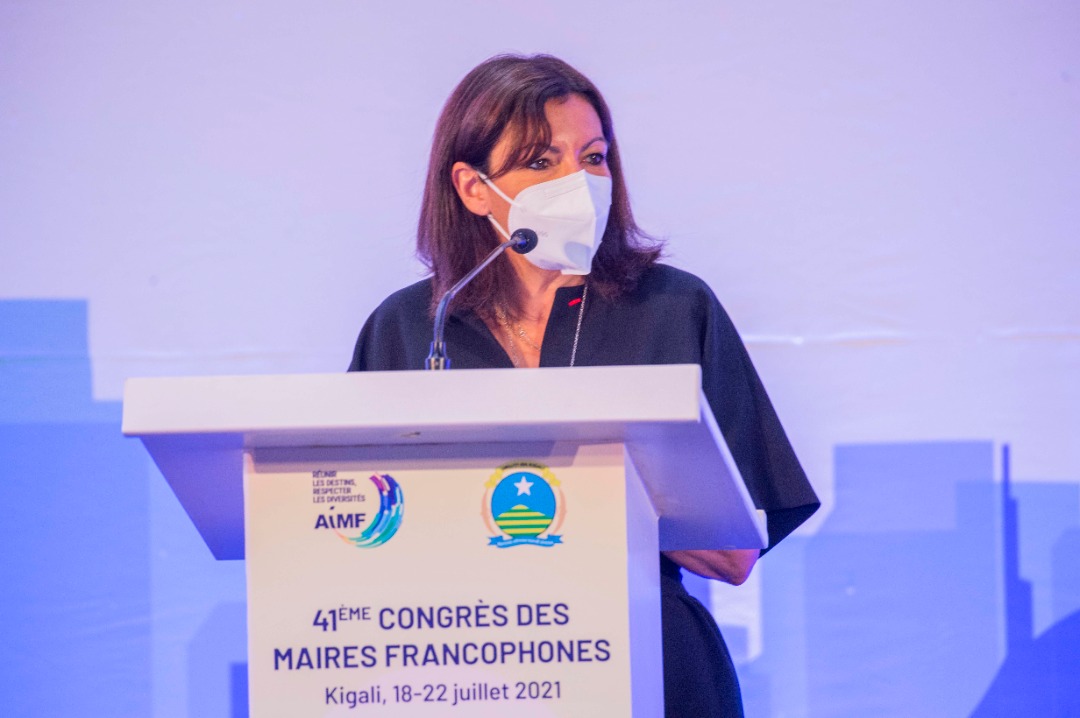 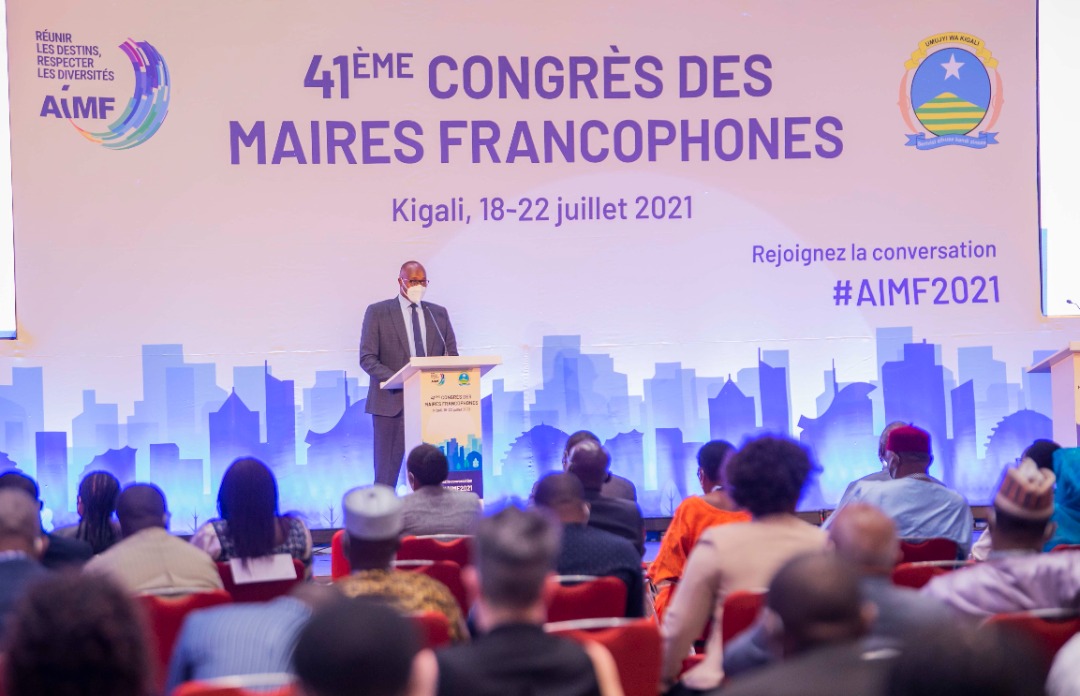 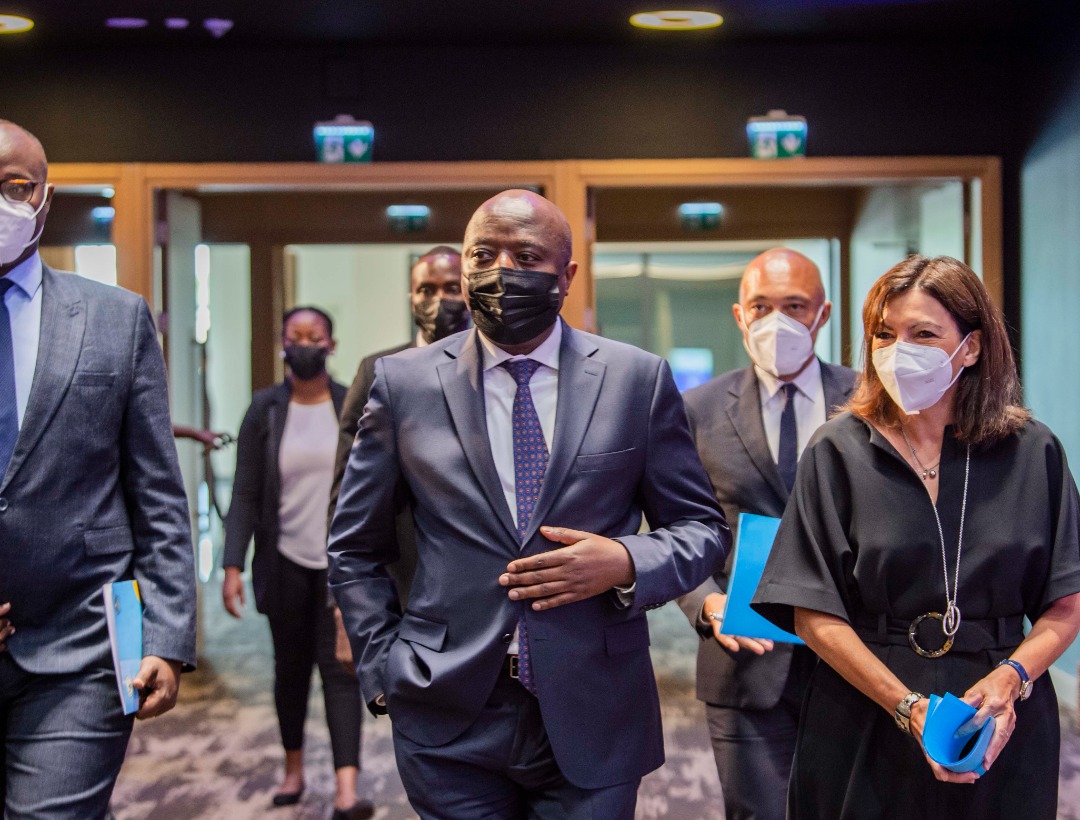 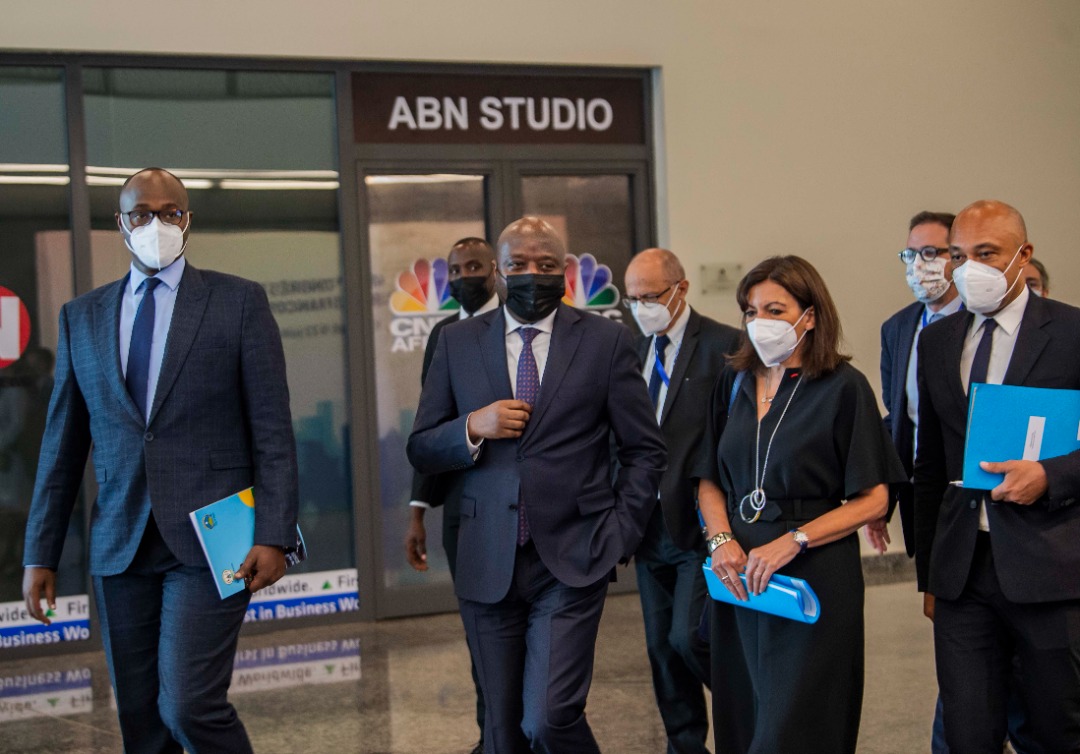