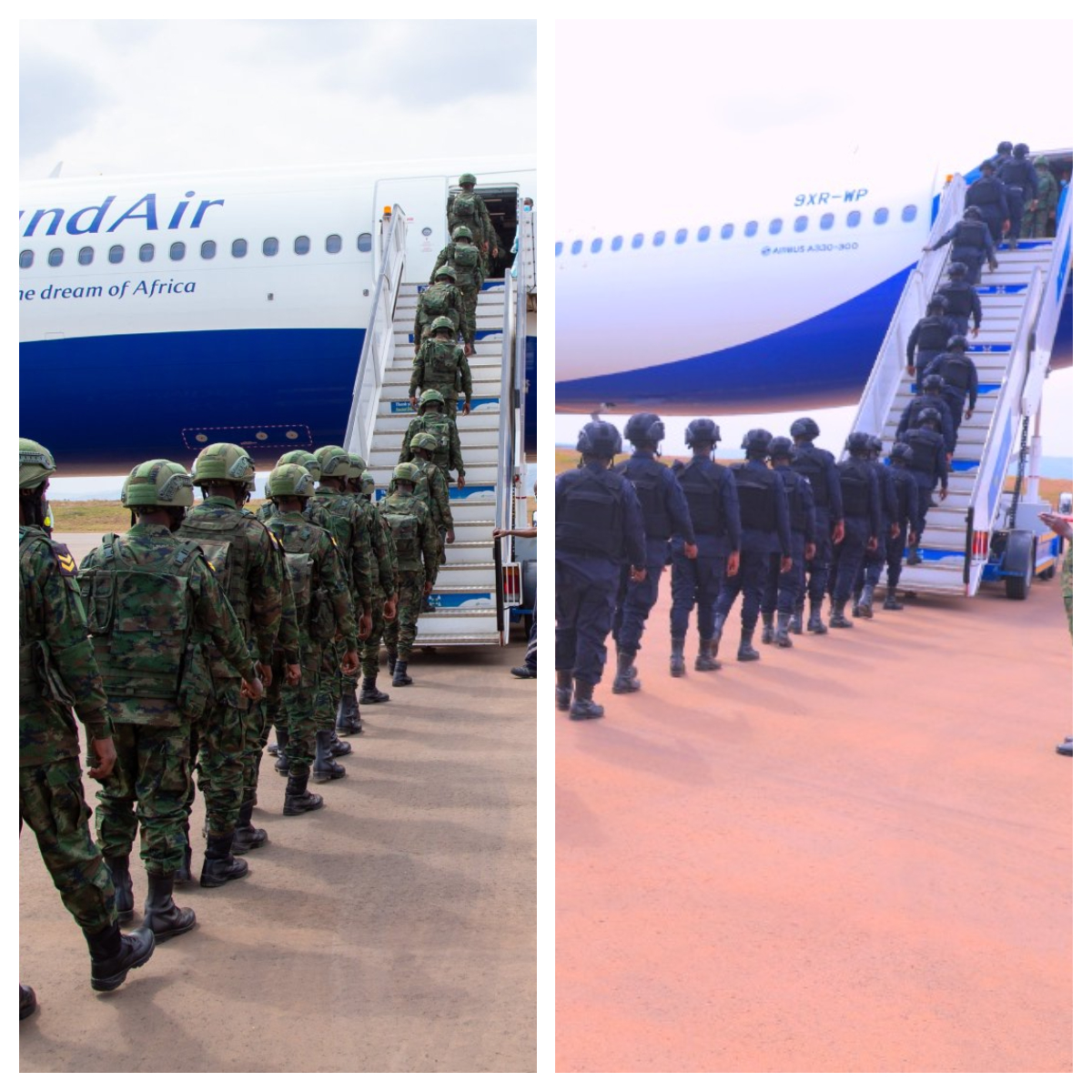 RDF and RNP personnel boarding the flight to Mozambique.

The first batch of soldiers and police officers who are part of the 1,000-strong force Rwanda is deploying in Mozambique to help fight insurgents jetted off on Friday evening, aboard RwandAir flights. 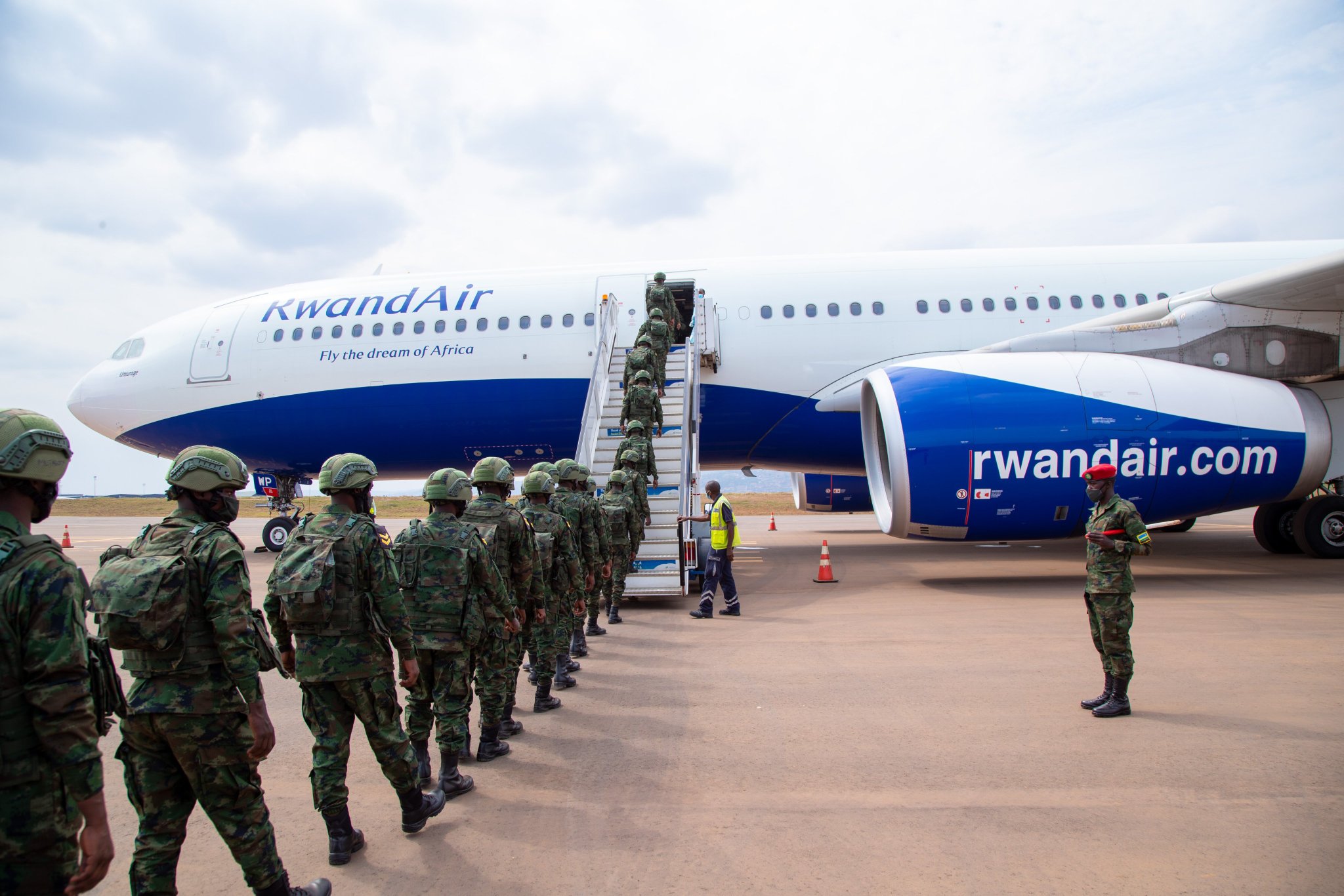 The Joint Force will work closely with Mozambique Armed Defence Forces (FADM) and forces from the Southern African Development Community (SADC) in designated sectors of responsibility. 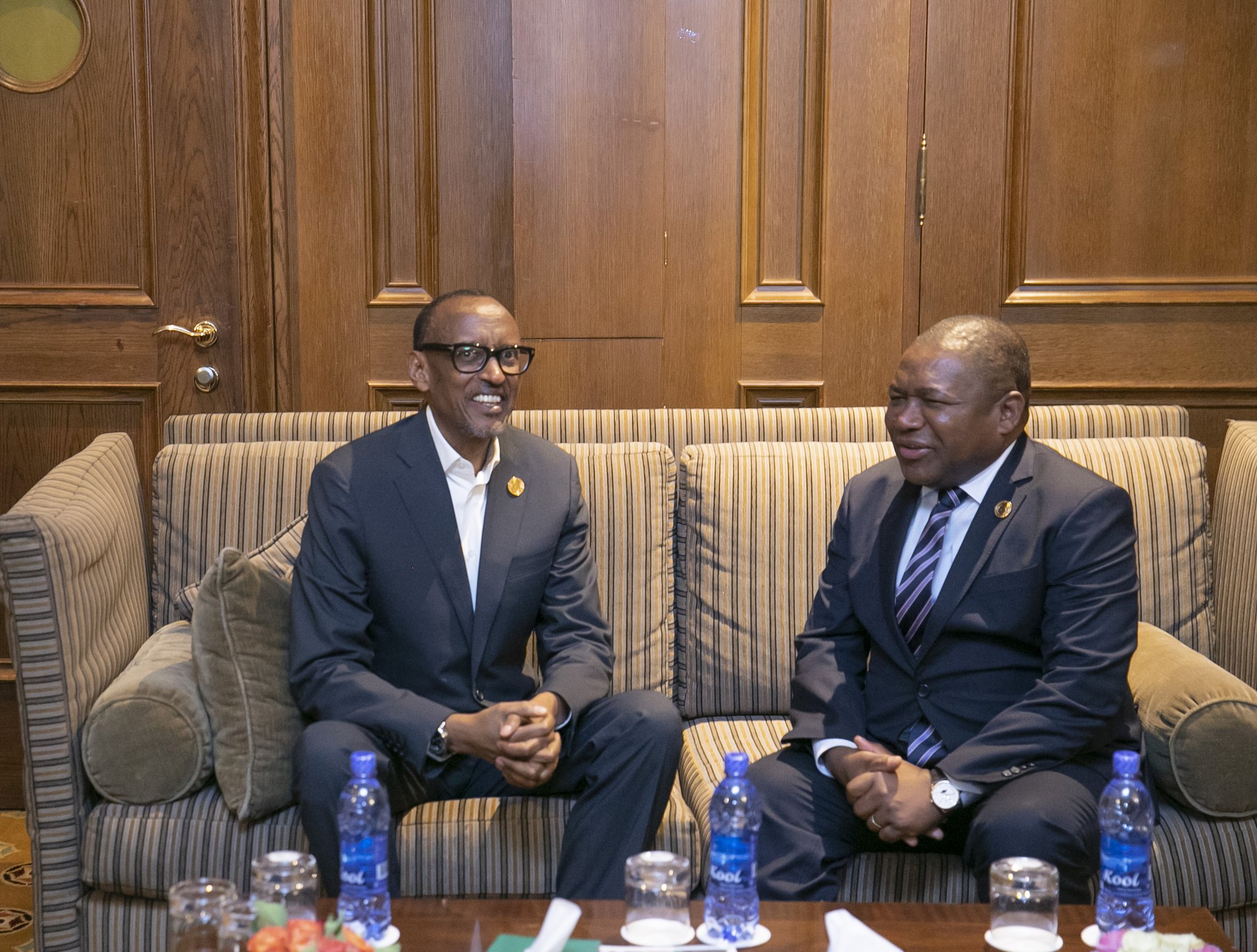 The Rwandan contingent will support efforts to restore Mozambican state authority by conducting combat and security operations, as well as stabilisation and security-sector reform (SSR).

This deployment is based on the good bilateral relations between the Republic of Rwanda and the Republic of Mozambique, following the signing of several agreements between the two countries in 2018, and is grounded in Rwanda’s commitment to the Responsibility to Protect (R2P) doctrine and the 2015 Kigali Principles on the Protection of Civilians. 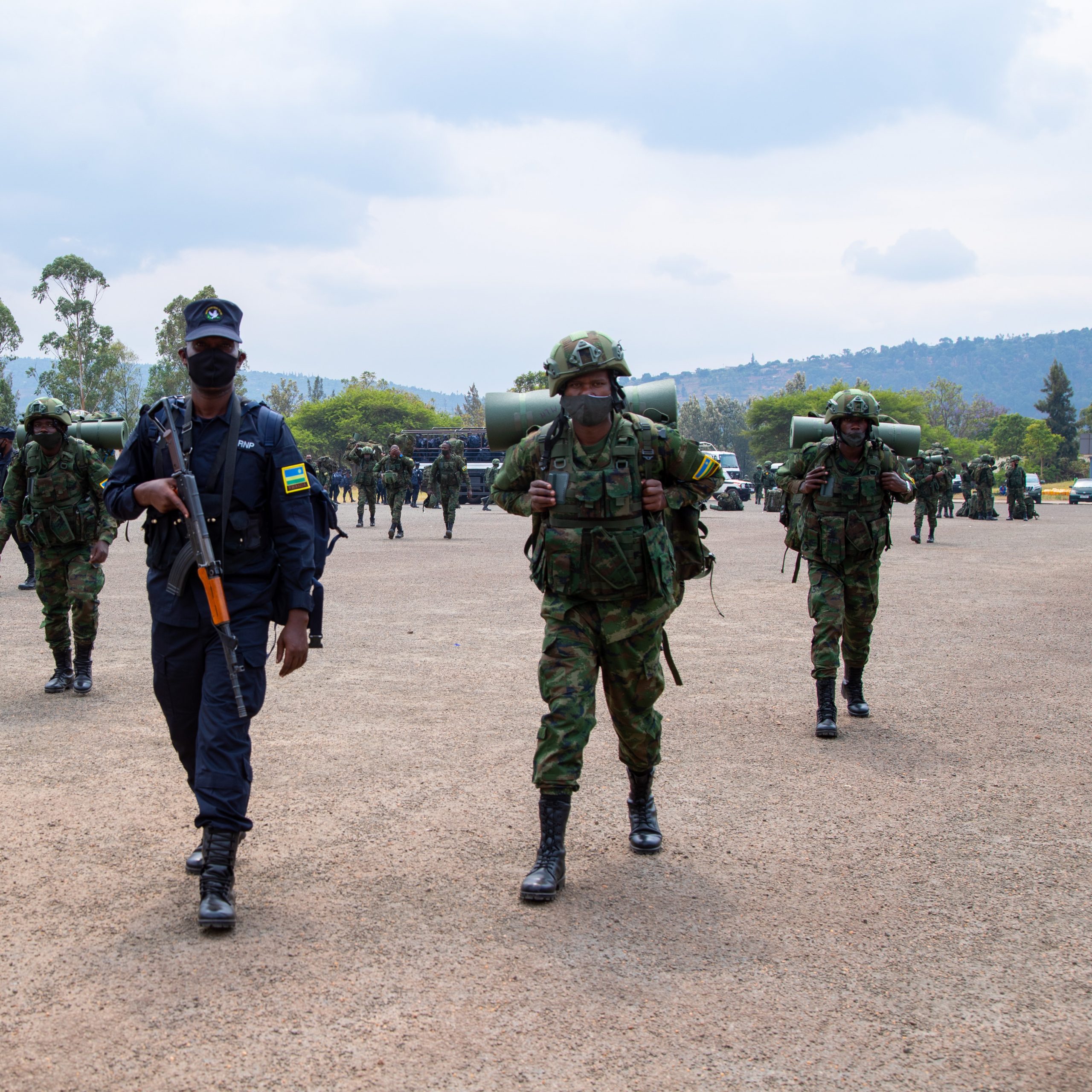 The group sometimes calls themselves al-Shabaab, although they do not have known links with the Somali al-Shabaab.
The militants have launched attacks, and in August 2020 seized the port town of Mocimboa da Praia. Over fifty people were beheaded by terrorists in the province in April 2020 and a similar number in November 2020.

In September 2020, the ISIL insurgents captured Vamizi Island in the Indian Ocean. On 24 March 2021, the militants seized Palma, murdering dozens of civilians displacing more than 35,000 of the town’s 75,000 residents.

President Filipe Nyusi on Wednesday, April 28 visited Rwanda and held talks with President Paul Kagame to discuss the issue. President Kagame has previously said that Rwanda would wish to support in the fight if called upon, as it does in other countries on the continent. 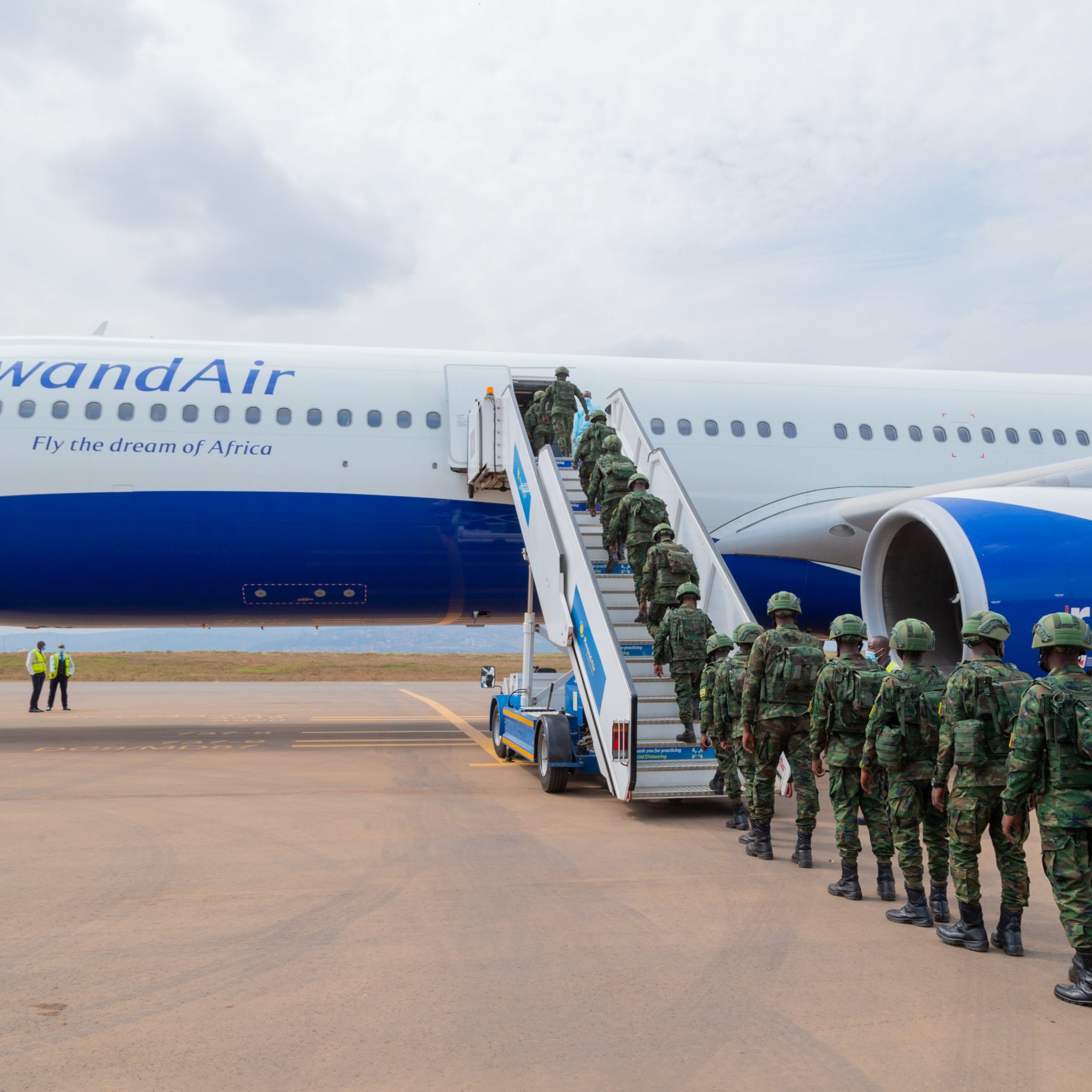 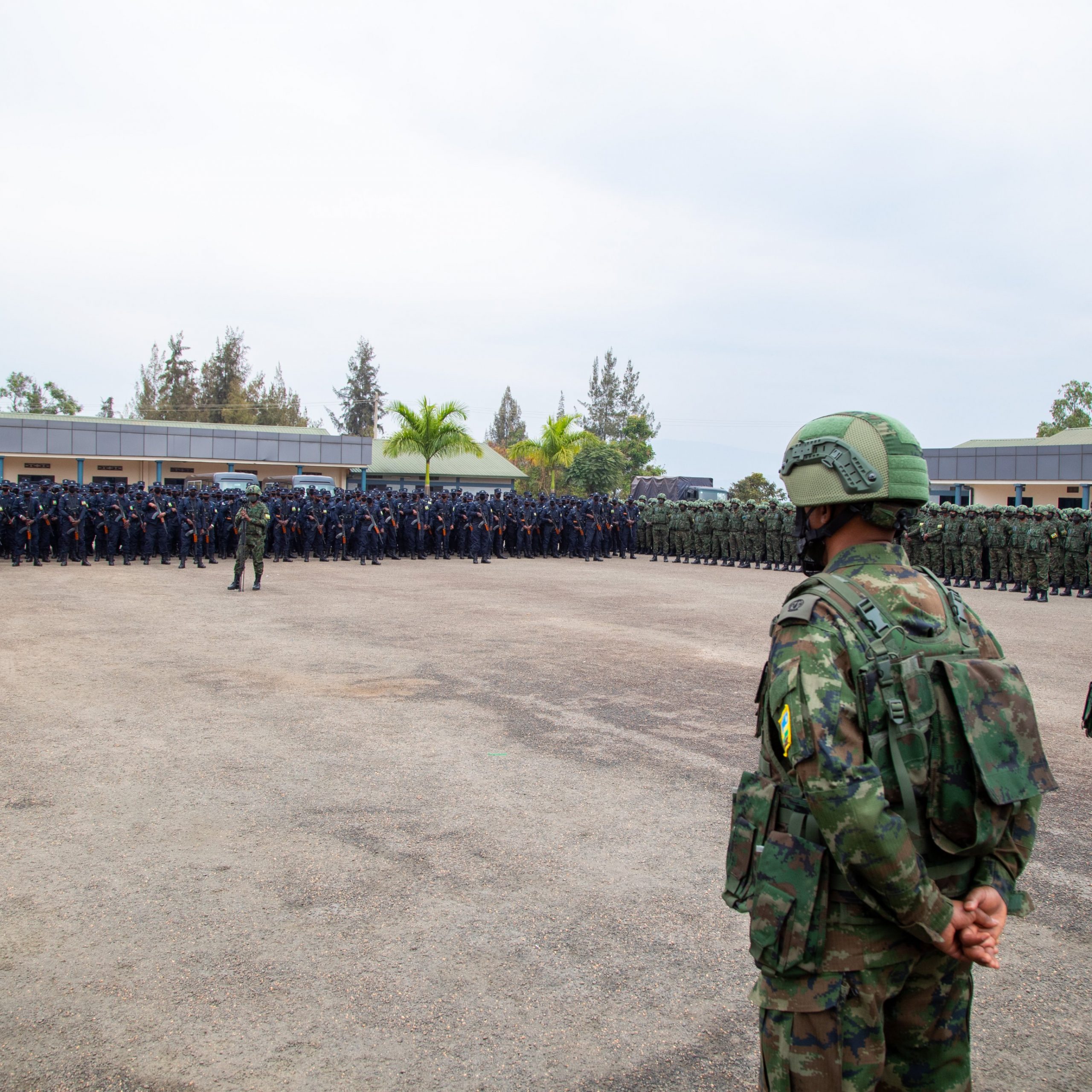 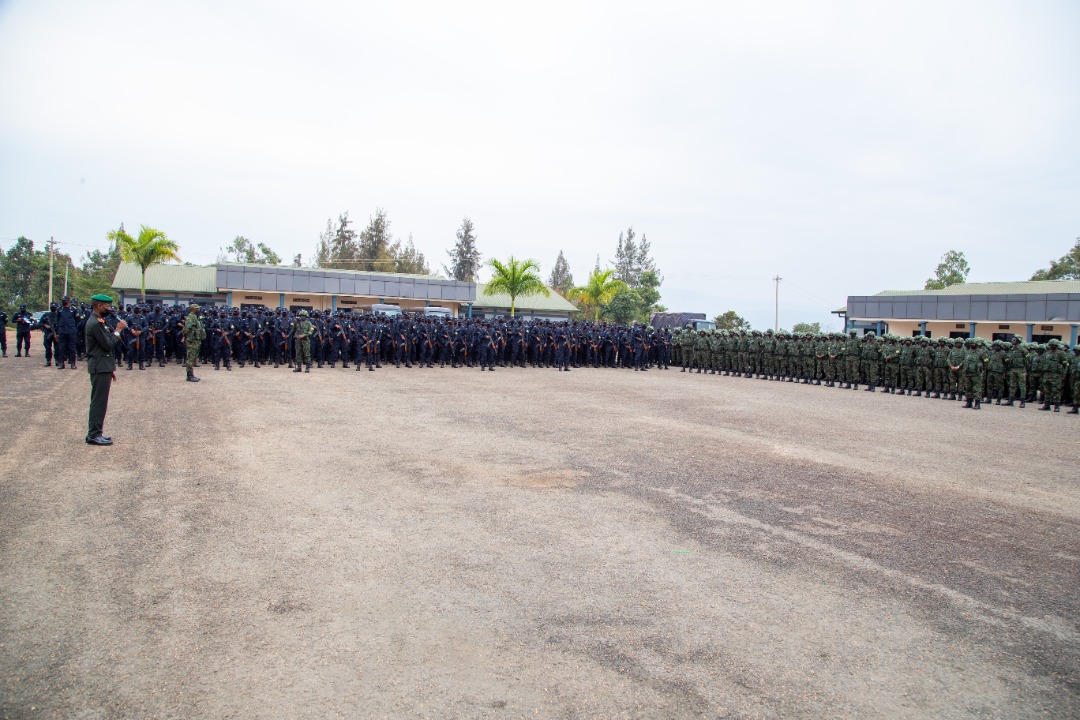 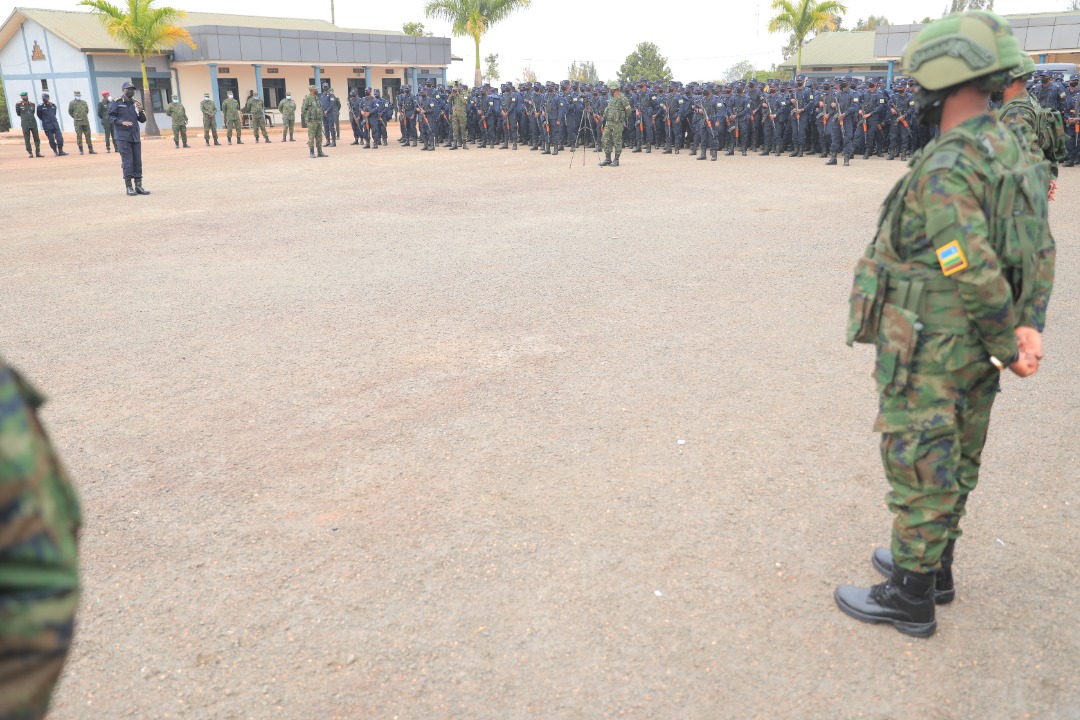 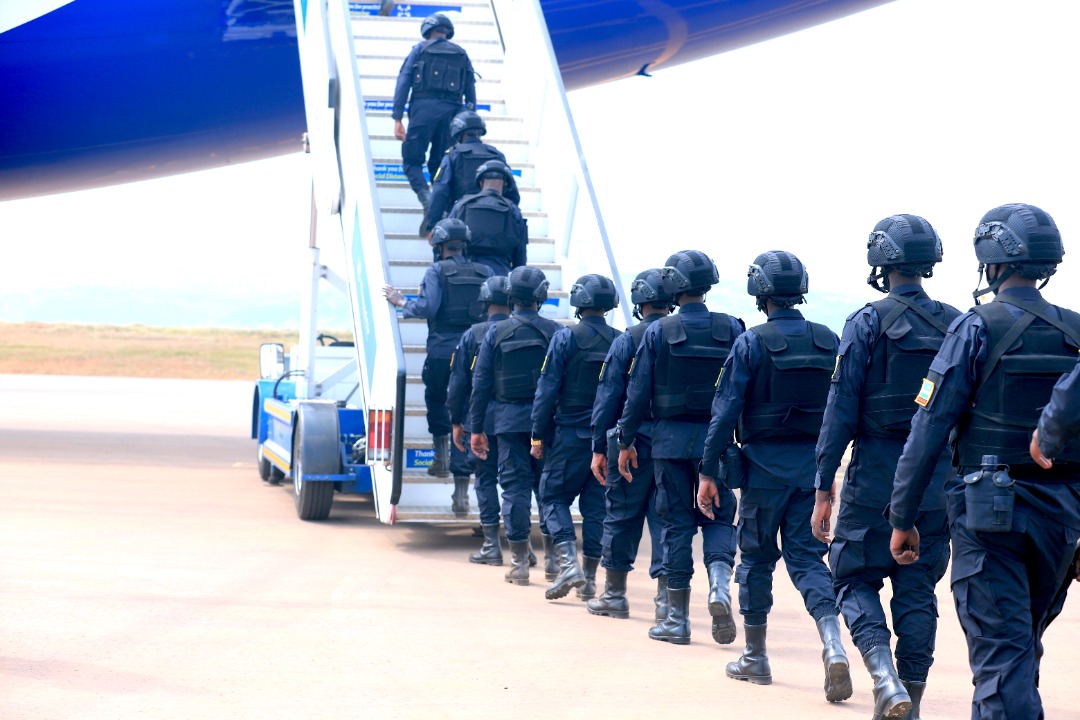 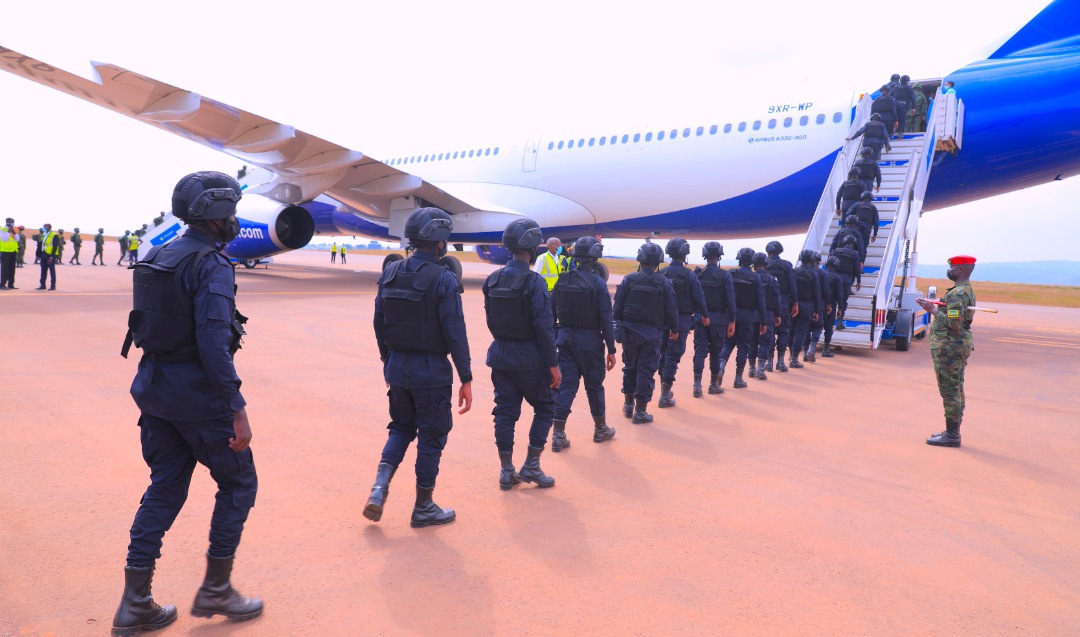