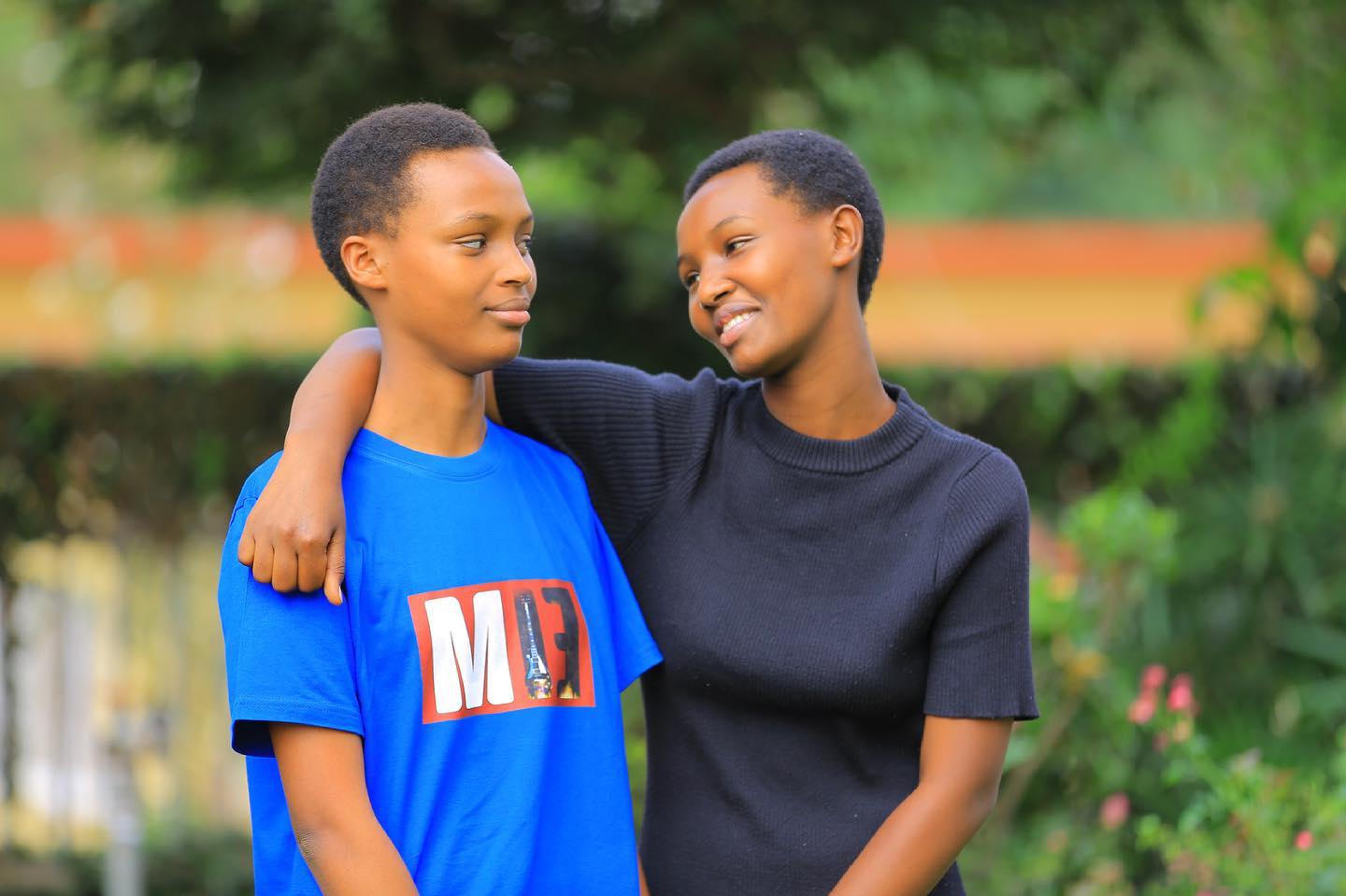 The saga between the parents of upcoming gospel singers Dorcas & Vestine has continued with the parents of the talented duo accusing their former promoter, Irene Murindahabi of exploiting them.

The two girls, real names Ishimwe Vestine and Kamikazi Dorcas, are adored by many for their powerful gospel songs.

They were discovered by Murindahabi, who signed them under his label ‘Murindahabi Irene Entertainment (MIE), introducing them to the music scene.

However, things got out of hand recently between the girls and Murindahabi, after their parents protested his management of their music, accusing him of exploiting them, particularly their YouTube channel, which the parents say doesn’t benefit them.

Murindahabi issued a statement saying that from June 7, he will no longer be managing the affairs of the “Nahawe Ijambo” singers, as a result of their parents but in a post on Instagram later accused a one Aimable Nzizera of “Rwanda Gospel Stars Show” and showbiz journalist Mike Karangwa of engineering the fall out.

The parents of the talented duo, S/Sgt Nizeyimana Mazimpaka and Elizabeth Uzamukunda categorically accuse Murindahabi of hijacking the YouTube channel of the singers and accruing all the benefits of their work.

“They have not gained anything from their work. All we want is him to hand back their YouTube channel, which they had before he took over their management. He tricked them into giving him the password,”

“Since then, they have never got anything out of their music and whatever they do. He recently wanted me to sign a contract for three years but we realized there was nothing for our daughters,” Uzamukunda said in an interview.

Mazimpaka, a member of the armed forces deployed in Rusizi district, said that he warned Murindahabi off his daughters after he realized that they were being exploited and that they were not heading in the right direction.

“We talked on the phone but I told him that enough was enough. We would not continue to allow the girls to work with him because we had lost trust in him. There are certain things we realized which were not good,”

“I told him that what he was doing was not good and that we needed to take care of our daughters and their talent. I reminded him that he was not a parent yet and that he does not understand the decision we took as parent,” Nizeyimana said.

Murindahabi on the other hand insists that he never exploited the girls and that he invested everything he got back in the girls, a claim their parents have rejected.

He said he took care of their needs, including school fees, clothes and healthcare, out of what their music made. 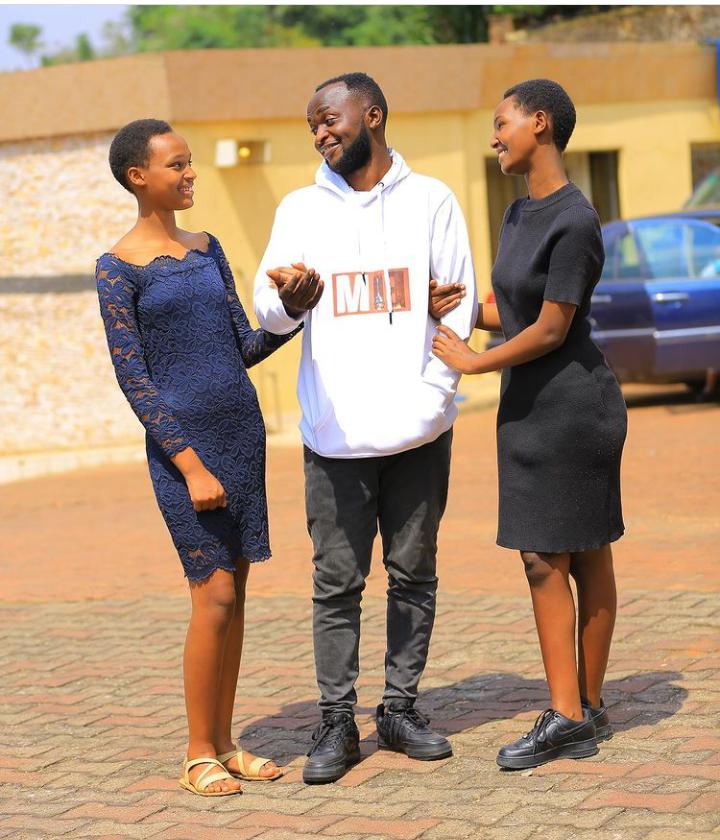 Vestine and Dorcas with Murindahabi (middle). Parents have objected to his management of their talent over exploitation allegations.

The parents of the duo however say there is a lot more Murindahabi made out of his engagement with the girls but they never got anything.

A local website estimates that the YouTube channel which has so far garnered over 5 million views could have generated anywhere between Rwf17m and Rwf30m, which make the parent’s concerns legitimate.

Uzamukunda also alleges that there are some well-wishers who sent financial support through Murindahabi but he never remitted it. The parents say they want the control of their daughter’s talent back.

“I know money is the root cause of all problems but I trust authorities will look into this because in Rwanda there is no injustice that can be allowed to happen. If I am found to have committed these crimes, I should be held accountable,” Murindahabi declared.

He accused Nzizera, Karangwa and the lawyer representing the family, one Benoit Kanyabitaro, of trying to destroy what he built over the years. However, the mother of the two denied that the said individuals were involved.

She said it was a sole decision of the parents to terminate what they described as an exploitative management arrangement under Murindahabi, who they said had a questionable character and loves money.

In some audios which leaked, Vestine and Dorcas are heard saying that it was not their plan to part ways with Murindahabi, blaming the decision solely on their parents. They said they would still be willing to work with him.

The parents on the other hand said Murindahabi had brainwashed their daughters to the extent of believing that they cannot make it without him, despite having started out on their own.

Some prominent figures in the showbiz sector, including U.S-based journalist Ally Soudy, came to defence of Murindahabi, pointing out that he had good intentions but his goodwill was not recognized. 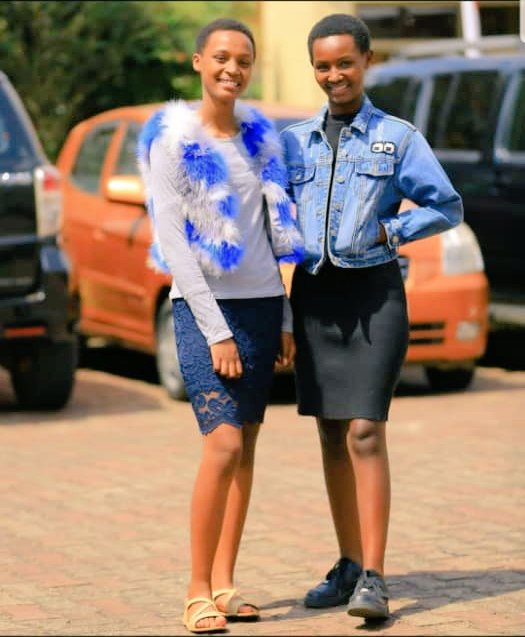 Parents of the talented teenagers say they are yet to benefit anything from their immense talent.

Alex Muyoboke, a celebrated music manager, also weighed in on the matter, pointing out that whoever advised Vestine and Dorcas to part ways with Murindahabi did wrong.

However, another U.S-based showbiz Journalist, Ernesto Ugeziwe, said that the intervention of the parents in the issue is a sign that parents are now recognizing the talent of their children and want to get involved.

“This saga between these young gospel singers and their promoters shows how Rwandan parents are now awake and ready to support their kids’ talents. Now it’s the right time for people in the industry to step up the game and make it pure business to feed you all,” Ugeziwe tweeted.

The parents of the duo also maintained that the girls are still underage (Vestine, 15, Dorcas, 16) and cannot make decisions on their own.

MIE had already produced three songs on the Dorcas and Vestine’s debut album that included ‘Papa’ and ‘Adonai’ which was produced recently with a video.