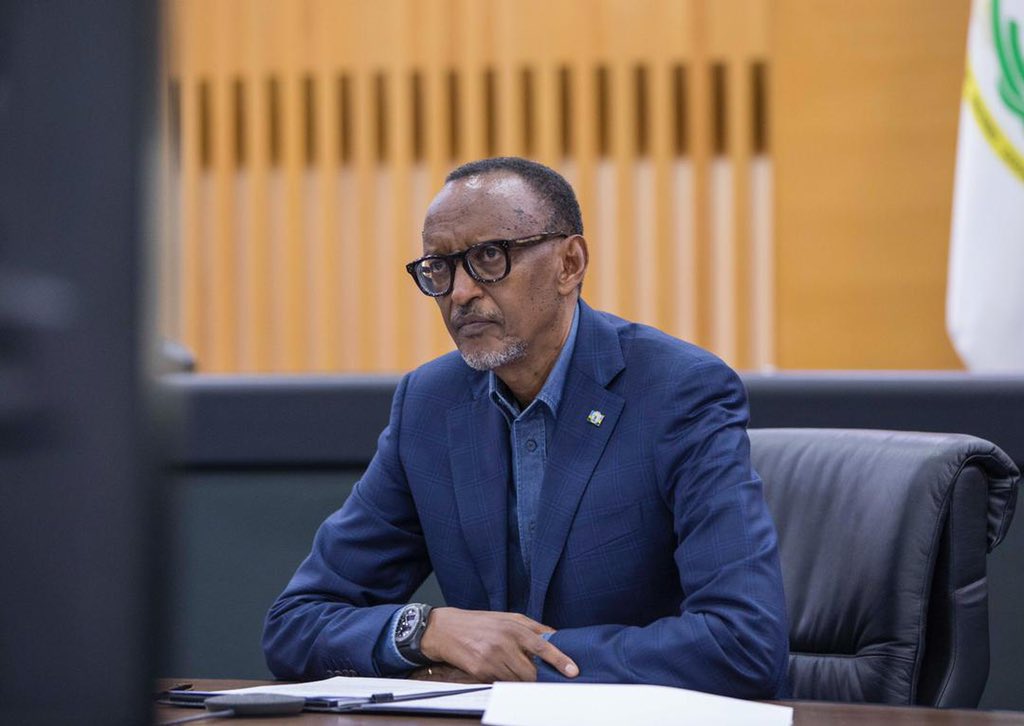 President Paul Kagame has elaborated on challenges Africa is facing in achieving food self-reliance and policies and strategies that will help the continent to reverse the trends.

He spoke in his capacity as the Chair of NEPAD heads of State and Governemnt Orientation Committee.

“For Africa, the central goal is to halt our continent’s over-reliance on food imports, end malnutrition, and create millions of new jobs in the food economy. In doing so, we will strike the right balance between people and planet,” Kagame said.

“At the Food Systems Summit in September, we will begin to roll out new solutions based on this African Common Position and commit to greater investment in programs that are proven to work.”

The president said that in Africa, 70% of the working-age population is employed in the agricultural sector.

He further said that the continent’s food markets are often fragmented, and links to food processing and value-added services are sometimes lacking.

Kagame also noted that digital technologies and biotechnology are playing a greater role in African agriculture, but too many farmers do not yet have reliable access to financial services and products for farmers, including insurance, are generally inadequate.

“As a result, Africa’s food producers do not earn the level of income that they deserve, and they must cope with high levels of economic risk and uncertainty. Transformation is a necessity,” Kagame added.

“This is why the African Union Development Agency, NEPAD, has worked to facilitate an African Common Position in advance of the Food Systems Summit, in line with the African Union’s Agenda2063 and the SDGs.”

According to the president, Africa will also need to invest in agro-processing for healthy foods, and expand trade in food products within Africa and work to increase agricultural financing to 10% of public expenditure, with a focus on research, innovation, and environmental sustainability.

Largelly atttended by several officials virtually, the summit is hosted by the Government of Italy in Rome from 26–28 July 2021.

It aims to deliver the latest evidence-based and scientific approaches to food systems transformation from around the world, launch a set of new commitments through coalitions of action and mobilize new financing and partnerships.

The UN food system summit will set the stage for the culminating global event in September by convening diverse actors from around the world to leverage the power of food systems to deliver progress on seventeen sustainable development goals or SDGs.

At this occasion, Pope Francis said the meeting translates the world’s main concern of the moment.

“This important meeting highlights how one of our greatest challenges today is to overcome hunger, food insecurity, and malnutrition in the era of COVID-19,” Pope Francis’s message on the Vatican News reads.

“This pandemic has confronted us with the systemic injustices that undermine our unity as a human family, while the poorest and the Earth itself cries out for the damage we inflict on it through irresponsible use and abuse of the goods God has placed in it,” the message further reads.

The Pope notes that while new technologies are developed to increase “the planet’s capacity to bear fruit,” we continue to “exploit nature to the point of sterilization, thus expanding not only external deserts but also internal spiritual deserts.”