BioNTech Announces Plans to Manufacture Vaccines in Rwanda and Senegal 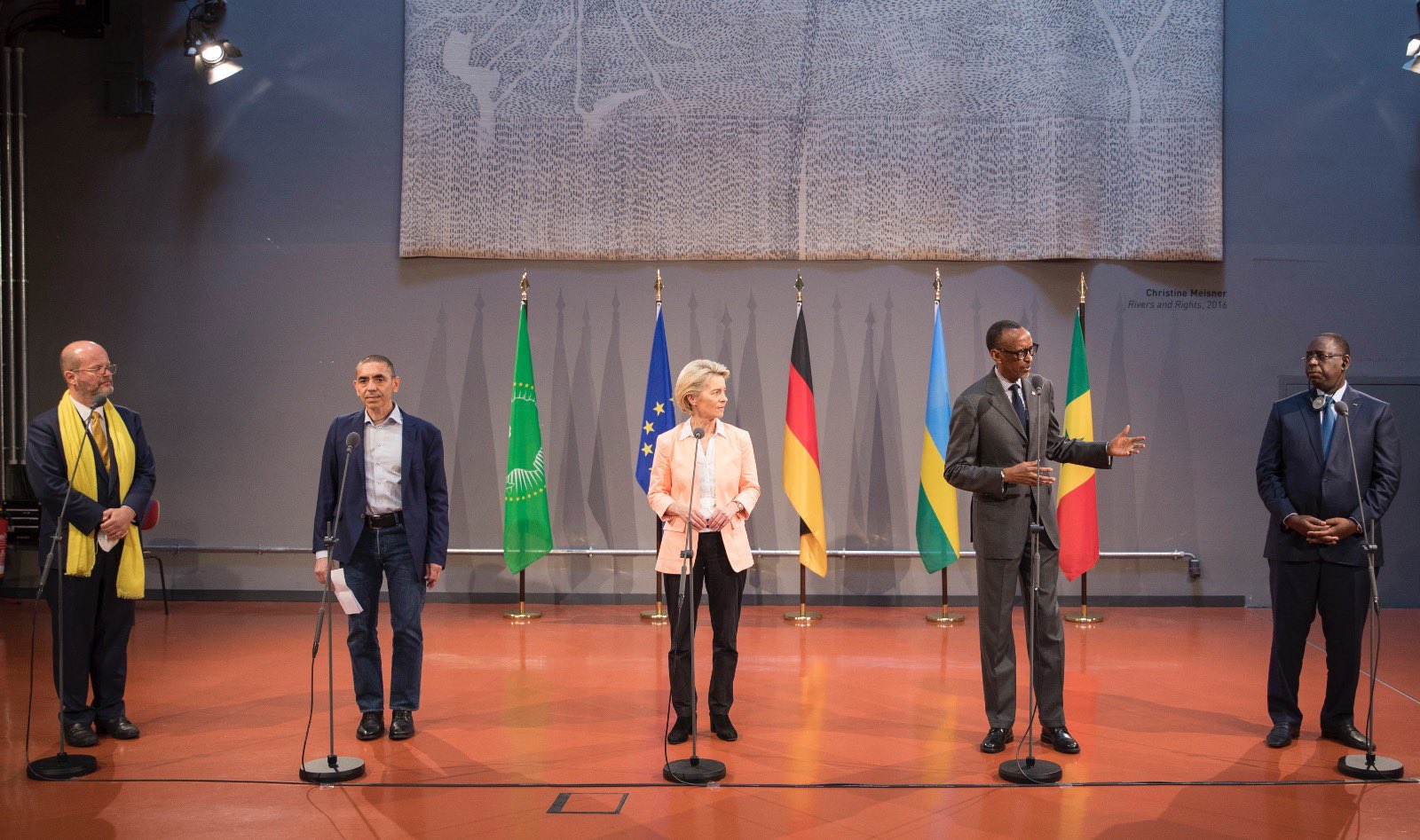 President Paul Kagame(Second Right) speaking at the meeting with BioNTech

Vaccine manufacturer BioNTech has announced plans to produce malaria and tuberculosis vaccines in Africa with production units in Rwanda and Senegal.

The manufacturer also known for the Biontech-Pfizer vaccine against Covid19 said on Friday in Berlin, German, it is examining the development of sustainable production options in both countries.

“Our goal is to develop vaccines in Africa and to build up sustainable production capacities for vaccines in order to improve medical care together,” said CEO Uğur Şahin after a meeting with the Presidents of Rwanda and Senegal, Paul Kagame and Macky Sall, as well as the EU -Commission president Ursula von der Leyen.

BioNTech move was announced today in a meeting with BioNTech CEO Uğur Şahin convened by the kENUP Foundation, with President Macky Sall and  President  Vonderleyen to agree on a way forward for the development of end-to-end vaccine production in Africa, starting with Rwanda and Senegal.

At the meeting, President Kagame said: “My brother, friend and colleague President Macky Sall has been a participant in making sure Africa comes together and does the right thing for its development. So this is a happy moment.”

The President further said: “Thank you BioNTech not only for being the genius behind this technology but also for having this vision that Africa, the place that needs what is being done urgently, is also associated and benefits.”

Biontech announced in July that it would strive to develop a vaccine against malaria and plan to set up mRNA vaccine production on the African continent.

According to the company, the decision to review possible production in Rwanda and Senegal follows a recommendation from the African Union, the health organization of the African Union and the African Medicines Agency, which is currently being established.

Africa imports 99 percent of its vaccines.

The possible locations of the production facilities are expected to be located at the future vaccine centers of the World Health Organization.

For its Covid-19 vaccine, the Mainz Germany-based biotech company recently gained its first production partner in Africa with the South African Biovac.

However, Biovac will only take on the last step, i.e. filling and packaging. The active substance will come from Europe. Biontech is now looking into how the company could set up mRNA production facilities for vaccines in Africa together with partners or alone.