The Head of State said the deployment of an additional backup force came at the backdrop of an urgent need to repulse the rebels who were threatening to overrun the government there, yet the United Nations Multidimensional Integrated Stabilisation Mission in Central African Republic (MINUSCA) had no mandate to engage immediately.

President Kagame was responding to a question on whether the troops deployed under the UN peacekeeping force and the ones deployed under a bilateral arrangement with CAR served the same purpose, during a press conference with President Faustin-Archange Touadéra.

“Both deployments in those categories serve the same purpose differently. We have forces from Rwanda serving under the UN for quite some time, for many years now, under MINUSCA currently,”

“When we were asked to provide more troops if you will, not on the side of the UN, we were still willing to do that, because we’re able to, and because we were asked,” President Kagame said alongside Touadéra, who is in Rwanda on a 4-day state visit.

“I think it was in the realization of the big problem that was being attended to and that required more troops under the UN, but that was the UN call or the international community’s call for that to happen,” President Kagame said.

He pointed out that on the other hand, the other deployment that Rwanda has had there under a bilateral arrangement came as a reinforcement of the earlier effort.

“Reinforcement, in a sense, that under the UN and bilateral, I can say in dealing with some of these problems or the very problems we are supposed to work on and those two forms of deployment, one force may move quicker than the other,”

“There are different rules that govern, in fact, that speed, but the rules are more or less similar. It’s like you all agree you are going to do something, and you see it the same way, but one is able to move faster than the other,” President Kagame said.

He said that the dimension of the bilateral arrangement in terms of this deployment brought in more speed, more action faster than the other one because there are so many things to consider with the UN.

With the rebels advancing really fast, President Kagame explained that there was a need for quicker movement and action since MINUSCA was constrained by lack of mandate to engage.

“There was a sense of urgency when we deployed under the varactor arrangement that everyone thought that if we had to wait for the other force, it might take longer to arrive than the actual need was for action in terms of time,”

“Yes, MINUSCA was there. I’m sure they didn’t want this to happen, that the rebels would overrun the city of Bangui and derail the elections but maybe they were still studying. Sometimes bureaucracies affect decisions and the speed at which they are made,” President Kagame said. 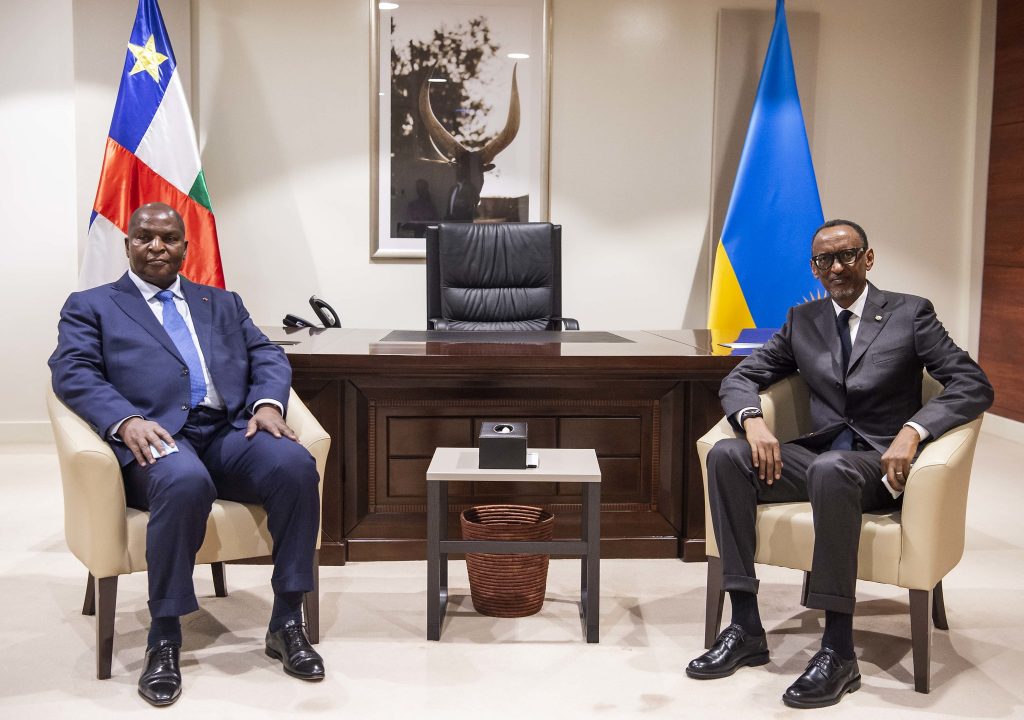 He said Rwanda couldn’t give orders to her troops that were under the UN because they are under the command of the UN and have a different force commander and structures to follow.

“They have different kinds of Rules of Engagement, but serve the same purpose, so we could not do that. We were more comfortable having this arrangement,”

“By this, we were able to deploy forces under this arrangement faster, to serve the same purpose the UN was supposed to be serving, but maybe they were a bit slow. That is how the rules governing them suggest I guess,”

The deployment was in response to the targeting of the Rwanda Defence Force (RDF) contingent under the UN Peacekeeping force by rebels supported by former president François Bozizé .

The troops had a mandate to ensure peaceful and secure general elections which were scheduled for December 27, 2020.

Bozizé was deposed in 2013. He was accused by President Touadéra government of plotting a coup by allying with a rebel alliance that is fighting the government.

President Touadéra on Thursday hailed the bilateral cooperation between his country and Rwanda, which he said was to ensure that peace is restored, to allow citizens to go about their lives without any fear.

The two countries signed a Memorandum of Understanding to support the strategy for security sector reforms in CAR.