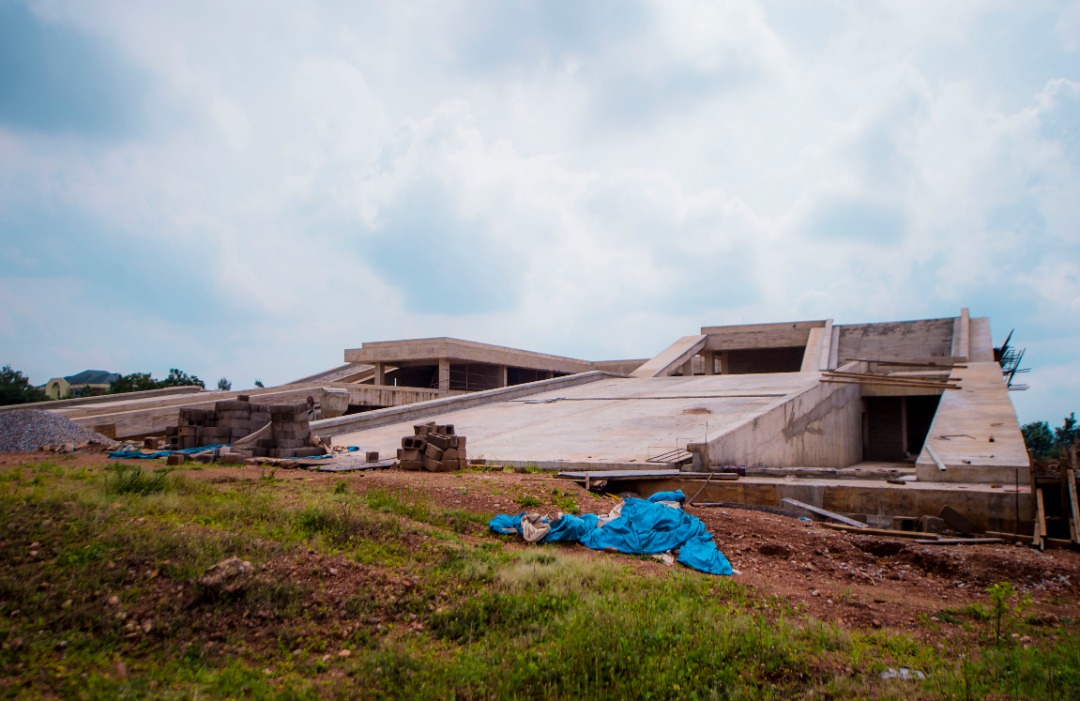 School of Mining at Bachelor level under construction in College of Science and Technology-Belgium based Africa Museum plans to support Master’s Program in the same domain, to be located in Huye Campus

The Belgian based Africa Museum has reached final touches in drafting curriculum, and education systems that will commence the admission and teaching pf Master’s of Geology that will be based at University of Rwanda, Collegae of Art and Social Sciences -UR-CASS in next academic year.

“After collaboration with Rwanda, we decided to establish the Masters of Geology given the labor market change and the vision of the country,” Max Fernandez, Senior Geologist  at Africa Museum who is the project contact person told KT Press.

“Rwanda has the vision to strengthen geology domain during a developing mining sector and to deal with risks associated with the subterranean environment in the country and in the region a large.”

The official further said, that the collaboration with the University of Rwanda did not make sense because there was not  a Faculty of Geology.

The geologists, he said, were trained abroad now there are a school of mining and geology at Bachelor level.

“If all goes well from the next academic year the geologists of Rwanda can start the first year of Masters, which may in fact consider that the very first Masters will come out in 2 years and maybe in 3 or 4 years there may be a PHD Program  as well,” Fernandez further said.

He pointed out that Africa Museum has already shortlisted qualified lecturers with experience in Geology teaching in Belgium’s reputable universities and in Europe at large.

Tuition fees to be discussed

The tuition fees will also be discussed, but the official pointed out that the most important thing is retaining graduates in the country because this master’s program was not existing in Rwanda.

“At the moment, we have not prepared a tuition fee plan, but studying these courses abroad is of course more expensive than having it locally. The other benefit is retaining these graduates and having skills,” Max Fernandez said.

Africa Museum a longtime partner of Rwanda, has trained many geologists from Rwanda in the domain of expertise, and is now conducting research on Geological map in collaboration with ENABEL project, to help Rwanda identify construction materials.

The rationale for establishment of the Masters program in Geology is based on the perceived primary and important role the program will play in national economic growth through development and support of a strong mining industry, and it is expected to become a center of excellence for mining and geological post graduate studies in the region, according to information from the Africa Museum.

Another approach, Senior Geologist Max Fernandez mentioned, is to raise awareness and enforce the use of modern mining and mineral processing technology with mines consolidation by using the people skilled in Geology.

The risks associated with the subterranean environment are challenges for both today’s and tomorrow’s society, the greatest part of the materials we engineer, the groundwater we use, the energy we need, and the foundations of our buildings result directly from exploration, characterization, modelling and management of natural Earth resources which are spread out in an uneven way in the Earth’s crust.

The development of large cities and infrastructures is strongly conditioned by its natural environment and the geology on which urban areas rest. This Master will be a solution to deal with all the subterranean risks which are taking place in the region such as, Mining accidents, Volcanic eruptions, Earthquakes, Erosion, and Landslide.

Rwanda Fires Back at Belgium Over Comments on Rusesabagina Verdict, Calls Off Scheduled Meeting