Rwanda Fires Back at Belgium Over Comments on Rusesabagina Verdict, Calls Off Scheduled Meeting 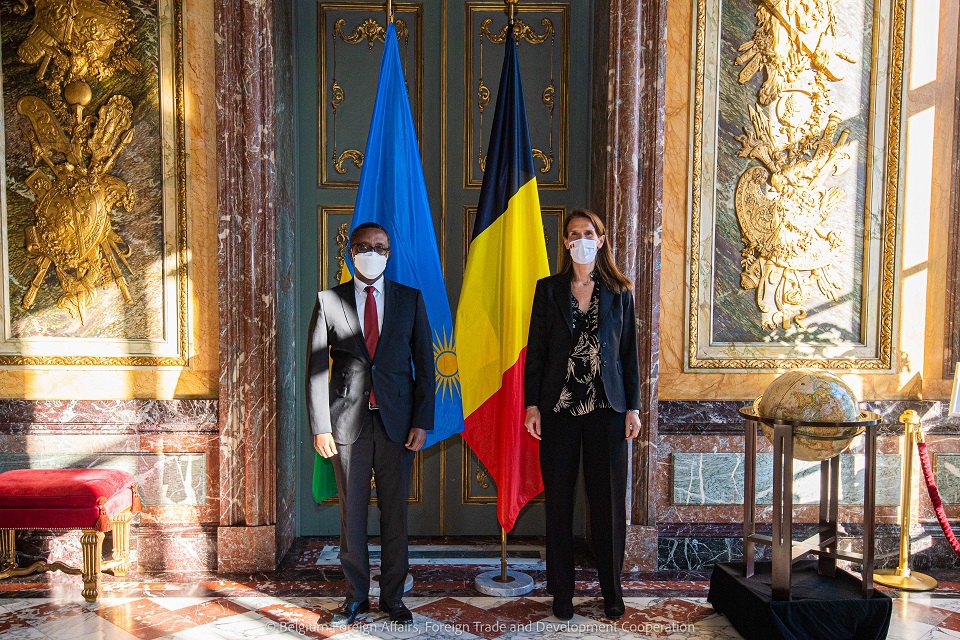 The Minister of Foreign Affairs, Dr. Vincent Biruta, seen here with his Belgian counterpart, Sophie Wilmès, in April this year. Rwanda has called off a similar meeting that was scheduled to take place in New York following her comments on the verdict of Paul Rusesabagina

The reaction came after the Belgian officials said that Rusesabagina, who was sentenced to 25 years in prison on Monday on terror-related charges, did not ‘receive a fair and due trial’.

A statement released by Rwanda’s Ministry of Foreign Affairs and Cooperation says the remarks by Wilmès are in contempt of Rwanda’s judicial system and Kigali won’t take it sitting down.

“The statement of the Deputy Prime Minister and Minister of Foreign Affairs of Belgium regarding today’s verdict by Rwanda’s High Court Chamber for International and Cross-Border Crimes, reflects the contempt shown by the Government of the Kingdom of Belgium towards the Rwandan judicial system since the start of this trial, despite the significant contribution of relevant Belgian institutions to the investigation of this case,”

“The victims of the terrorist acts of the FLN, admittedly less famous, have just as much right to justice as Mr. Rusesabagina and his co-defendants. For this reason, a scheduled bilateral meeting at ministerial level, on the sidelines of the United Nations General Assembly in New York, will no longer take place,” the statement reads.

It added, however, that the Government of Rwanda remains ready to welcome to Rwanda the Deputy Prime Minister and Minister of Foreign Affairs of the Kingdom of Belgium at a convenient time, to continue the dialogue between the two countries.

Most of the incriminating evidence Prosecutors relied on to pin Rusesabagina on financing terrorism activities were obtained from Belgium through judicial cooperation.

Police in Belgium searched Rusesabagina’s house and retrieved details from Rusesabagina’s phone and computer and the files handed over to Rwanda to aid investigations into Rusesabagina’s activities between 2018 and 2019.

When investigations into the attacks by the National Liberation Front (FLN) intensified, Rusesabagina relocated to San Antonio, Texas to avoid further scrutiny, until his arrest in August 2020, leading to the trial and conviction a year later on September 20.