Home Voices Himbara Between A Rock and A Hard Place: Willing Employers Have An Axe to Grind Against Rwanda
Voices

Himbara Between A Rock and A Hard Place: Willing Employers Have An Axe to Grind Against Rwanda 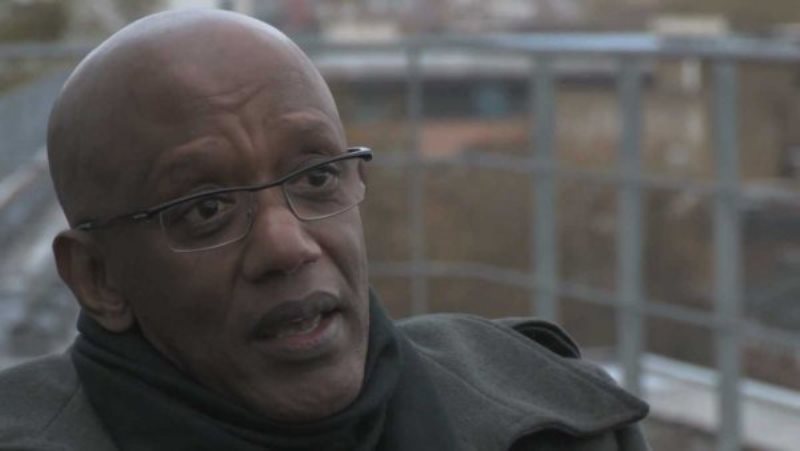 “Dear colleague, we should aim to remain principled in our arguments about our country’s development process and leadership.” This was Mr. David Himbara at his cunning best, persuading me to always be nice to him while he shamelessly remains a foul-mouthed ageing mercenary, relentlessly fighting Rwanda’s progression to prosperity.  His callous comments are always primarily aimed at the President. Like most other enemies of the Rwandan government, his target is deliberately the team leader. ‘Leadership is everything’ is a cliché that will forever carry strong meaning. In Rwanda’s case we could never have asked for a better leader than President Paul Kagame to steer the country along the long chosen pathway of Staying Together, Being Accountable and Thinking Big. The mercenary is assigned by you know who, to shoot at the head of state and encouraged to do that repeatedly. He is at it every day, doing his job in various ways, like writing fifty percent of Michela’s Wrong book.

In doing all this though, Mr. Himbara is seriously challenged. He has been tasked to nullify something he one time in the past played some part in nourishing. For example in his open letter to me he said that his “proudest moment was in 2009 when Rwanda spectacularly climbed from the 143rd position to 67th position in the World Bank’s Ease of Doing Business Rankings. Our hard work had paid off,” Mr. Himbara thumped his chest in reflection. Yet surprisingly when last week World Bank announced it would discontinue the Doing Business Report, Mr. Himbara cheerfully celebrated the decision, saying like good riddance. To him after all “Kagame and his government ceaselessly use the Doing Business Reports to boast.”

No principle but strangely preaches principles

Well, there you go with our Mr. Himbara. He who urges observance of principle is without an ounce of principle. In the open letter to me dated 16 September 2021 he had claimed credit for Rwanda’s 2009 spectacular climb in Doing Business Rankings from 143rd to 67th, and the next day on 17 September 2021 he said “Kagame will have to find another boasting tool.” Need I ask readers in this case who between Mr. Himabara and the President was being boastful with the help of the Doing Business Report while it still existed, and who between Mr. Himabara and me failed to remain principled? After calling the spectacular climb his proudest moment in life, reminding everyone he was at the center of it all, he turns around in a space of 24 hours to dismiss the Doing Business Report as a mere tool of boasting by his former employer! The typical Mr. Himbara wants the credit for the Doing Business Report, but assigns the disappointment following its discontinuation to someone else. If you ever looked for a perfect case of double standards, or of an old man who still wants to eat the cake but at the same time keep it, you found one in this David’s fiasco of an attempt to steal the show. Even his friend and facilitator Mr. Tribert Rujugiro will likely find it disgraceful of a man who claims to be the “best strategist on ruining Rwanda’s good reputation.” The internet never forgets David, thank you for reminding me the other day. Plus it is not selective, the internet. Now it has you properly under good check too. Hama hamwe.

See how Mr. Himbara is living a really difficult life. The man tries to balance a tricky situation related to bread. On one hand he wants to feed from a profile enriched by his past as a former senior assistant to President Kagame, but on the other work for people with a nightmare to discredit the Rwanda head of state. It is one of those obsessions from hell. For him inside it does not add up, and he has been heard laughing out loud that the senile somehow still believe in the effectiveness of his ludicrous pitch. Who cares? Reka abifatire na we abeho. He needs to survive. Because he owns nothing in Toronto, Canada where he lives, he rents a room downtown where he now stays after moving from Scarborough. Anyone else would need an alternative regular income. Pension is not a viable survival option for now as he spent a big chunk of his working life in South Africa and Rwanda. This is just for you to understand how Mr. Himbara is between a rock and a hard place. While it would under normal circumstances not make sense to malign the successful Rwanda project he once worked for and now forms the most impressive part of his CV, at the moment the only people willing to offer Mr. Himbara any kind of paying job are those with an axe to grind against the government of Rwanda. You know them.

Mr. Himbara is at crossroads. I saw it in his open letter to me. It was visible through the tone he wrote in. I know him, with helpless teary eyes at times, he must be asking: ‘what do people want me to do? I am only 71 years.’ Of course there is something you can do David. For one, since you never know, do not swear your shiny bald head off like you did in that infamous interview with New Vision, that you will never return to Rwanda. That would be a good point to start from my brother. Secondly, you have everything to gain by reconsidering home coming. Remember Rwanda is your homeland after all and remains open to willing returnees. Stop blaming yourself for a past littered with sins that you are still committing up to now. Just repent them, vow to reform, and surrender to goodness. God will forgive you if you are genuine, and then Rwanda will take you up again, for a third time. Best wishes.