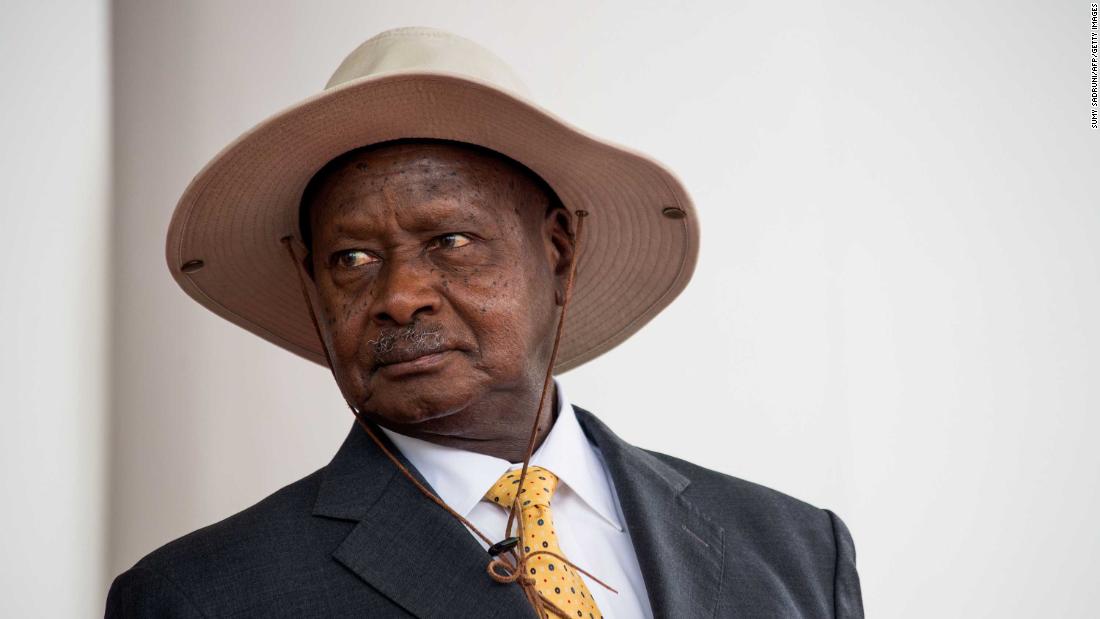 Hello Uganda, warm greetings from Kigali. Rwanda remains your south western neighbor very concerned by the behavior of your Sabalwanyi leader. This whole week since last Saturday his political troops have been widely deployed all over in the media, both social and main stream. Their assignment has been to respond to President Paul Kagame’s categorical remarks at Teta Gisa Rwigyema’s wedding. He delivered the speech in Kigali but the message reverberated in Kampala, that they were neither the makers nor the providers of current Rwanda. Together with his brother and their agents, the grandparent and his bazukulu were served a stern reminder to go mind their business and leave Rwanda alone. But will they? Simanyi nakumanya! Leaving Rwanda alone is samusingi they have found impossible to do.

At the reception the mother to the bride Mrs. Jeanette Rwigyema rose up and started it all. After thanking God the true maker and provider, invited guests and President Kagame’s family for kind presence, she particularly highlighted the First Family’s vital role in raising the children plus the well being of Rwigema’s family ever since the untimely departure of Gisa, Jeanette Rwigyema requested the President to address her guests. Never one to be caught off guard, he was prepared to return the favour in form of thanks as well as take the opportunity to say other important things.

To Jeannette, Teta, the bridegroom and his family, the head of state expressed his gratitude for inviting him. Specifically to the newlywed couple, he praised them for befittingly holding the wedding ceremony in Rwanda. Burya abakobwa baturusha kuba intwali. But the President was to immediately also notice the conspicuous absence of Eric Rwigyema Junior for reasons he was not going to shy away from mentioning – meddling in Rwanda’s affairs by the neighbor north’s Rwakitura leaders. Blame it all on their failure to shed off the backward traditional tendency of feeling the urge to take over a friend’s family in his temporary or permanent absence. Others have long broken away from the primitive behavior through civilization. They are a species who never let go easily.

Visibly President Kagame was unhappy because Eric Rwigyema’s absence it seems gave him unwanted memories of what he knows only so well. The Ugandan leader and his brother have a bad record of throwing their weight behind Jeannette and children, taking advantage of their historic relationship with late Gisa, to alienate the family from the RPF. In the past when they were having relative success with their flawed mission, Chieftaincy of Military Intelligence rejoiced. Yet this wedding ceremony presented nothing at all to be celebrated by the elder statesman and his servant security organ. Are you asking how?

First, seeing President Kagame with Jeannette Rwigyema in one room exchanging pleasantries was like a thorn prick on a bald head without a presidential hat on. Second, hearing Rwanda’s leader reveal important truths to Ugandans felt quite uncomfortable to their ears. The removal of the myth surrounding NRM’s alleged role in the RPF struggle hit them hard, (ntabwo baturemye, nta n’ubwo baturemeye). Then saying the knack for meddling in Rwanda’s affairs by the big and the young brothers was the reason our two countries’ governments are no longer friends embarrassed them big time. But why meddle, especially in the late General Rwigyema family affairs vis-a-avis Rwanda’s Presidency and ruling Party?

Their motive has always been to cause friction between Rwanda’s leadership and the family of the country’s liberation hero, obsessively desiring to depict President Kagame in particular as someone lacking compassion. Their aim is to make him look like a leader so insensitive to the plight of a widow and indifferent to the needs of children bereft of their father, unlike them. Theirs has been a futile attempt to grab unearned honour if you ask me, but it is Jeannette Rwigyema who knows better. She needed no invitation to set the record straight. Her glowing tribute paid publicly to Rwanda’s First family was sharp enough to cut open their balloon filled with a blend air and lies. As she gave testimony of having never lacked anything courtesy of President Kagame’s generosity, you could have heard concoctions literally being put to rest. All that malicious hogwash allegations of negligence were immediately dispatched back to where they were manufactured.

By now everyone who is able to read and listen to news knows that Uganda has a big problem with Rwanda. Unfortunately in that country famously known for 45 martyrs who gallantly gave themselves up for Christianity’s sake between 1885 and 1887, to this day huge sacrifices are still made, TRUTH being the frequent victim in modern day Uganda. Covering up things will literally kill them. It is the reason CMI went into overdrive deploying its rabid dog counter attackers right after President Kagame’s speech. From Obed Katurebe, Asumani Bisiika, Himbara David, Bob Atwine and Sulah Nuwamanya, to Dr. Theogene Rudasingwa and Mukankusi Charlotte of the passport saga, all came out guns blazing. Most of them have been crying crocodile tears for a family which had just said it in their faces it was well and President Kagame is the reason. Some have been fighting to suppress exposed truth, while others still were simply asked to turn up and join the media battle field armed with nothing else but mud for slinging Rwanda.

Known for his no-holds-barred style of arguing political cases, President Kagame had made life difficult for CMI spin doctors by telling it straight from the heart. In less than thirty minutes he deconstructed the baseless ‘Uganda helped Rwanda’ narrative that has served Kampala’s egoistic thirst for nearly thirty years. It was like pulling the rug under their feet to suddenly leave them exposed to the truth that Rwanda owes Uganda nothing. Therefore Ugandan leaders stop poisoning your people’s minds, creating in them false expectations with bufele messages of tubabanja.

When you hear educated Ugandan citizens making innocent confessions about their ignorance in regard to why Kigali and Kampala do not see each other eye to eye, that is when you appreciate how hard their government has worked on particularly two related things: 1. Hiding the truth, and 2. Telling lies. Uganda’s CMI runs over 50 propaganda news websites and blogs such as Chimp Reports, Comandonepost, Softpower, Nilepost, Kampalapost, Spyreports and a host of others. Their primary objective when it comes to foreign focus is to fight Rwanda. Good news is that faced with truth, a pile of lies withers away pretty fast. And for this very reason we are at ease in Kigali.

Telling it straight is what Rwandans like me have embarked on lately, in support of what President Kagame and government of Rwanda have done for ages. Expecting more in this regard is your right, and giving it to you is our responsibility. So, watch this space.

National Exams Results For Advanced Level To Be Announced Next Week