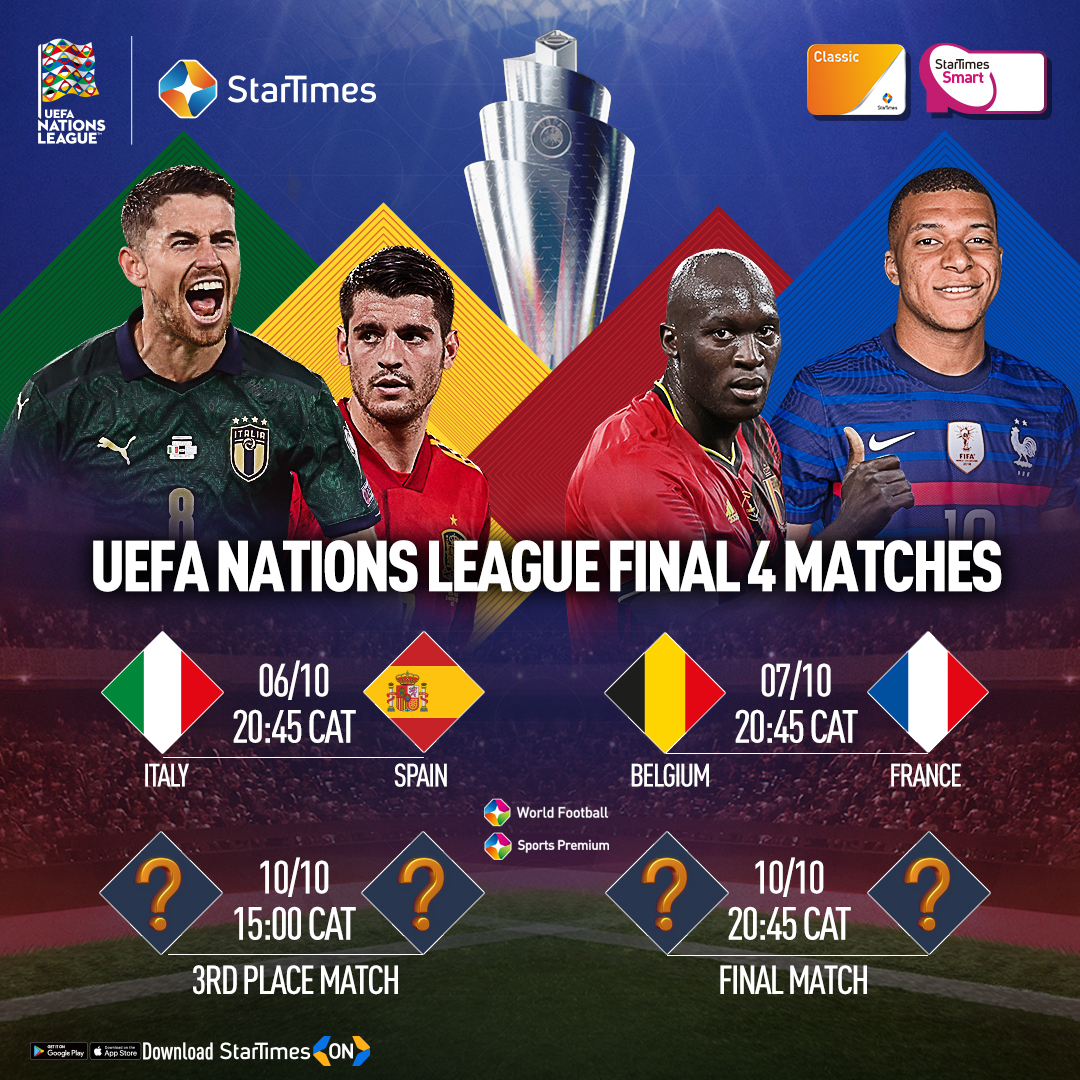 Italy against Spain and Belgium against France. For football fans it hardly gets much bigger than that.

And when the games are played as semi-finals of an international competition, this just adds another dimension that takes the games into the ‘must-see’ category.

The four countries are the teams that remain standing in the 2020/1 UEFA Nations League, with the finals being played this week in Italy.

The 2020 Euro champions Italy get the ball rolling against the 2016 Euro champions Spain in the opening semi-final on Wednesday in Milan’s San Siro stadium.

For Spain, the match will offer some pay-back opportunity as the Azzurri beat Luis Enrique’s side in the semi-final of last year’s Euros. But they will have to do so without Atletico Madrid midfielder Marcos Llorente and Barcelona’s teenage midfielder Pedri.

Both had to withdraw with injuries – in Llorente’s case an injury he picked up in Atleti’s 2-0 victory against Barcelona on Saturday. They have been replaced by Brais Mendez and Tottenham winger Bryan Gil respectively.

Italy coach Roberto Mancini said he still expects Spain to be a tough opponent. “Spain are a great team. They have made some changes in terms of their squad, but they can count on an incredible pool of players in this moment, in the past few years. So they are rebuilding the team and they are doing it well, just like us.”

Home fans will be particularly keen to see whether Federico Chiesa, who is the son of ex-Italian international Enrico Chiesa, can take his Euro 2020 form into the Nations League finals.

There is no questioning that the two strikers are amongst the best in the world and since debuting for their respective national teams as teenagers, they have matured into world class players.

Lukaku, who was only 16 when he first played for Belgium, has seemingly taken a liking to the Europa Nations League, as his record reads: seven appearances, nine goals and two assists.

For French coach Didier Deschamps, the match in the Juventus stadium in Turin will provide a happy return to the pitch where he spent five years as a player.

“I’m really happy to be playing this game in Turin, in a stadium that I know well and where I have a lot of friends and acquaintances. It’ll be a great game which will be hopefully played with a great atmosphere in a stadium full of supporters.”

Despite having fond memories of the stadium and of Turin, Deschamps no doubt hopes France’s time in Turin will be short, as it is the venue for Sunday’s third-place play-off. The final will be played the same day in Milan.

With so many stars being involved, it is not surprising that African football fans are eager to watch the matches. And they can do so live and exclusively on the StarTimes channels as Africa’s leading digital-TV operator will be showing all the action from this exciting competition.