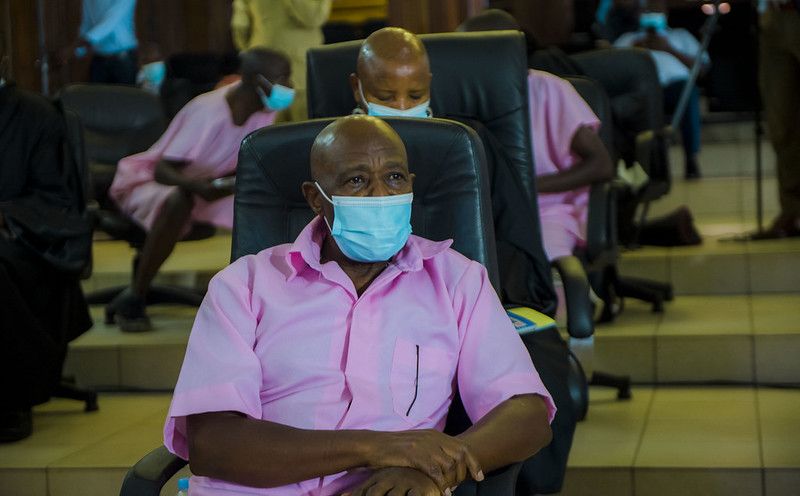 Inkstick Media is a modest private U.S. based foreign policy publication. It is among the latest to pronounce itself on Paul Rusesabagina’s court sentence of 25 years in prison, convicted for terror-related crimes. Both the title as well as the intro of their article published on September 28th, 2021, offer useful insights to Africans as to how Western media insist on portraying us to audiences expecting no less. In their mind the Africa they envisage is one supposed to obediently remain quarantined in backwardness and low esteem. When they see a stubborn Rwanda try to break away by popping out its tiny head calling, they call for deterring action. The county should not be vying for the high ground, reserve for the self-anointed privileged class. Whoever goes against the rule, their media tool will in unison rise with a loud voice to literally hush the intruder.

First we look at the story title: HOW KAGAME GETS AWAY WITH HIS CRIMES, https://inkstickmedia.com/how-paul-kagame-gets-away-with-his-crimes/. Before you ask yourself which particular crimes, let us revisit the meaning of the key word here – crime. it is defined as ‘an action or omission which constitutes an offense and is punishable by law.’ For our purposes since there has never been a case successfully brought against the President, whether at a local, regional or international levels, we shall simply dismiss this as misuse of words. Of course dismissed is the word also preferred by Reuters when reporting on a U.S. court decision in Oklahoma, 2011, which threw out a lawsuit by the widows of two assassinated presidents. http://mobile.reuters.com/article/amp/idAFJOE79S00T20111029.

For no sin committed they want Rwanda punished

Having said that, when the author says “how Kagame gets away,” it is obvious that some of these outlets expected him to by now be somewhere trapped. They visualize   a snare probably set up by someone they also are not sure of but hope for. Or at least they wish he gets entangled somehow in a kind of mess they keep praying it comes up and consumes him. They have been reduced to wishful thinking.

In the wake of Rusesabagina’s guilty verdict, the trending story headlines in Western media that covered the court ruling are like this one The Economist magazine used on September 20th. It asked a key question: “How does Paul Kagame, Rwanda’s president, get away with it?” They claim Rwanda continues to access development loans and grants from the West in spite of Kigali’s excesses in governance. Others allege the Genocide guilt card played smartly for far too long by the Kigali administration to an international community that watched indifferently as a million Tutsi lives were put to waste by Hutu extremists. They who got away with immeasurable level of negligence in 1994 are again at it, looking on idly as their media build up a dark cloud over Rwanda. As the nation was beginning to take shape, giving real hope for a good future to a citizenry totally hopeless 27 years ago, without shame they crave for a spoil. It is amazing how the neglecters during the country’s darkest hour now seem to be in prime time of questioning President Kagame’s leadership. It appears like their media are encouraged to violate with negative coverage a country looking it will not only live, but will thrive too, despite the Genocide. This they do in absolute disregard of insights from various Western statesmen, highly respected, who hail President Kagame as an outstanding leader.

On the BBC with the World News’ Damian Zane in 2011, British Prime Minister Tony Blair said this of the Rwandan President. “My judgment overall is that if you look at what Paul Kagame has done for Rwanda and for Rwandans, it is a pretty impressive achievement,” https://www.bbc.com/news/av/world-africa-15393715. The former leader of the Labour Party in 2010 during a visit to Washington to meet Hillary Clinton the US secretary of state had also said: “I’m a believer in and a supporter of Paul Kagame. I don’t ignore all those criticisms, having said that. But I do think you’ve got to recognize that Rwanda is an immensely special case because of the genocide. Secondly, you can’t argue with the fact that Rwanda has gone on a remarkable path of development. Every time I visit Kigali and the surrounding areas you can just see the changes being made in the country.” https://www.theguardian.com/world/2010/dec/31/tony-blair-rwanda-paul-kagame. 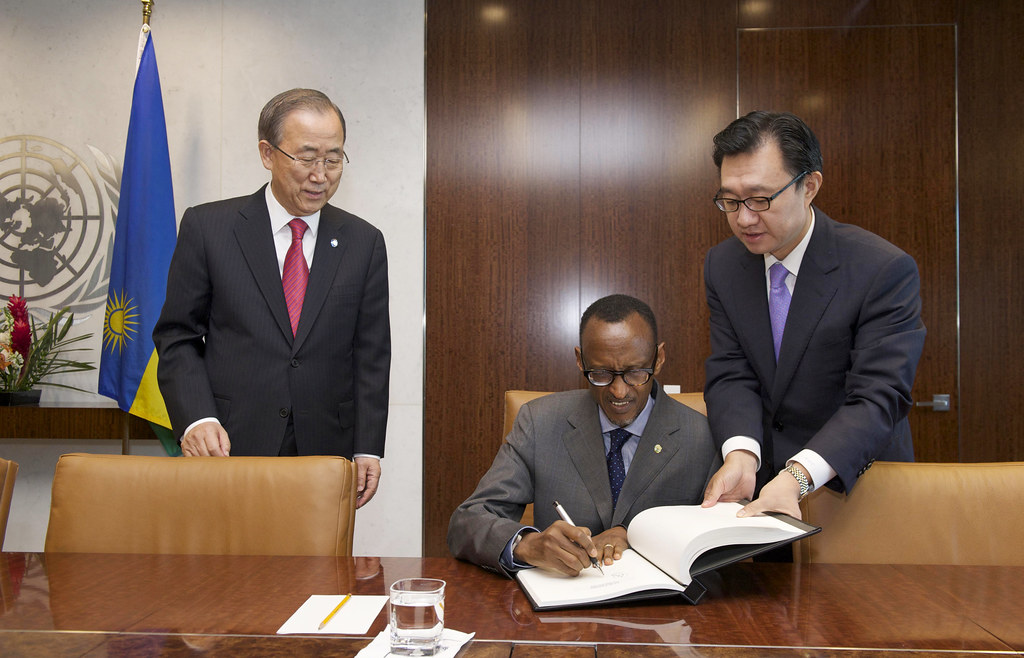 Former UN Secretary of State Ban Ki-moon, a great admirer of President Kagame, said this a few years ago. “I hope many African nations will emulate what Rwanda is doing. I highly commend you.” On his part, U.S. 42nd President Bill Clinton’s famous quote on President Kagame is that he is among “the greatest leaders of our time.” The media will report all these honest and categorical assessments, yet still stick to a narrative made in fake-land.

Could it be that these respected world leaders have since changed their minds on President Kagame? That question which you may want to ask, its answer is “not at all.” However, just in case anyone has doubts, I am told these same leaders who are now even more available having been freed from their busy highest offices of the past, would be willing to share their latest views on the Rwandan President’s performance. To date most world leaders regard him as one of the distinguished statesmen of the of our time. And so those in Rwanda watching and listening to a noise being made to the contrary have been wondering aloud what is going on. To them either the President is endowed with some magic powers that he wields to keep his approval ratings sky high, or the world leaders who remain unequivocally supportive of him are chronically blind to the shortcomings Western media allege and are wont to highlight with increasing desperation.

What Western media has joined together, let no African country separate

Apparently neither is true. Instead the answer is to be found in the intro of the Inkstick Media opinion article mentioned at the start of this. Here is how it goes. “In 2005, Paul Rusesabagina stood in the East Room of the White House to receive America’s highest civilian honor, the Medal of Freedom from President George W. Bush. Now, Rusesabagina, who was found guilty on terrorism charges, is starting a 25-year prison sentence in a jail in Rwanda.” So this headline in essence is an alarm bell alerting the privileged class that someone, ineligible Rwanda, has done the unthinkable. That her court of law has daringly found guilty of terrorism related crimes a Paul Rusesabagina, one who was ordained hero by none other than the 43rd President of the United States, leader of the Club of the Advantaged.

To the Western media it is an unforgivable crime that Rwanda should not be getting away with. In other words, what the U.S. has modified, so we ought to be reminded, no Rwanda or its ilk should undo. To apply the biblical analogy, Mark 10:9, “What God has joined together, let no man separate.” In the same spirit, someone the Western media has joined with heroism, let no African country put asunder. And forget about the manner of arrest, the trial process or the eventual guilty verdict. In the first place since there was no attention given to the overwhelming evidence against the suspect by Western media, nobody was surprised that the court outcome got rejected.

In a fair world therefore, we would not be hearing these irresponsible allegations of how President Kagame and Rwanda by extension are getting away with this or that accusation. But since ours is a world tilted in favour of the powerful, we end up having sweeping headlines such as we have seen in The Economist and Inkstick.Media Africa moves on nonetheless.