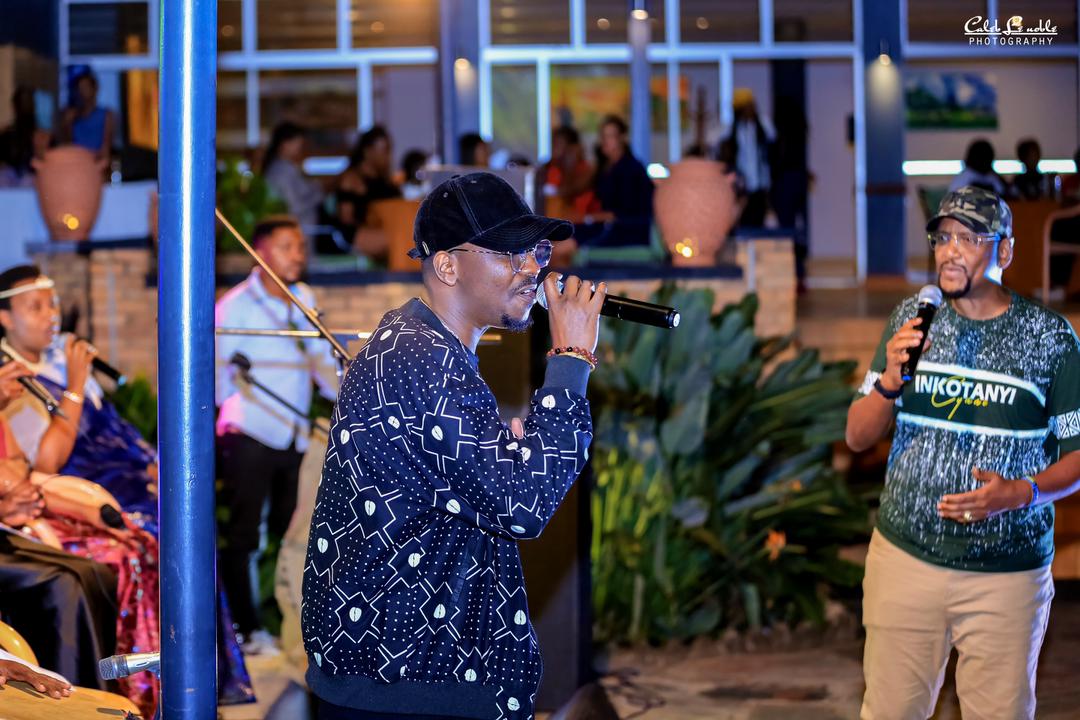 The house was on fire as revellers kept on dancing and singing every song Masamba and Sentore performed on stage especially songs to praise RPA now RDF for liberating the country.

Masamba was clad in camouflage cap, green Rwandan made T-shirt written on ‘Inkotanyi’ meaning the name RDF by then used to be called in the struggle and then khaki pants. 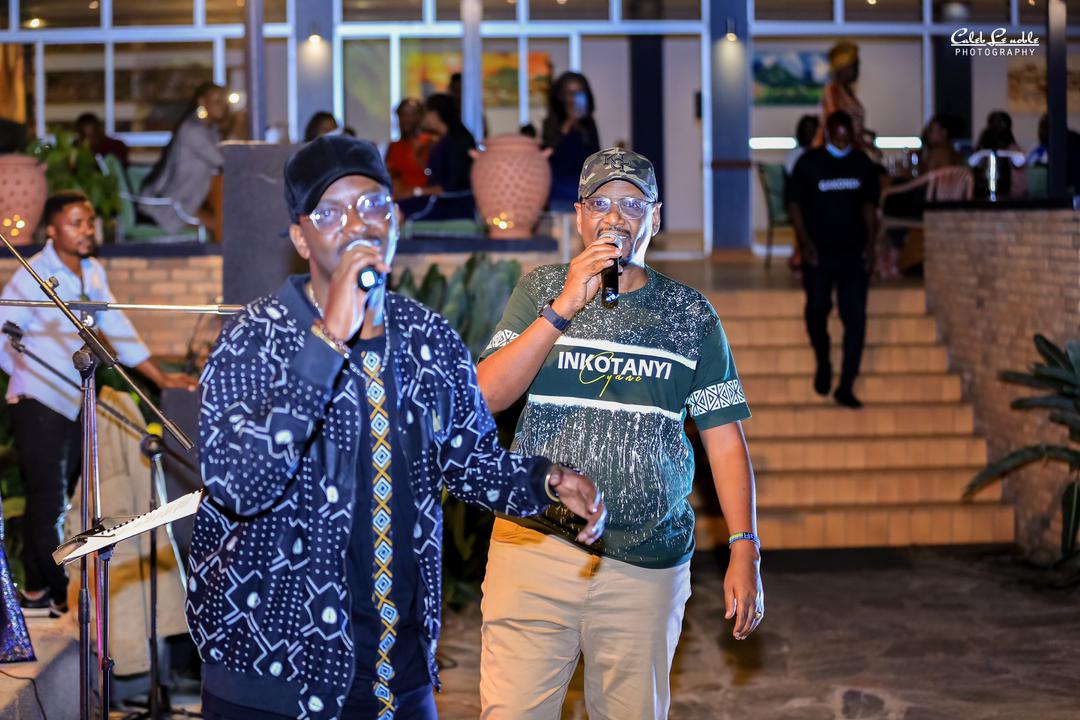 Speaking about the show, Sentore told KTPress that the concert showed how much people love traditional music and songs praising Rwanda as a motherland.

“The concert came in the right time as you would clearly see that people were craving to listen and watch live musicians doing there thing. Am even sorry for the people that were refused to enter due to covid 19 sop’s like we had the number of people to attend,” says Sentore.

All covid 19 prevention measures were put in place for revellers and before entering the venue one would first show if he or she is fully vaccinated. 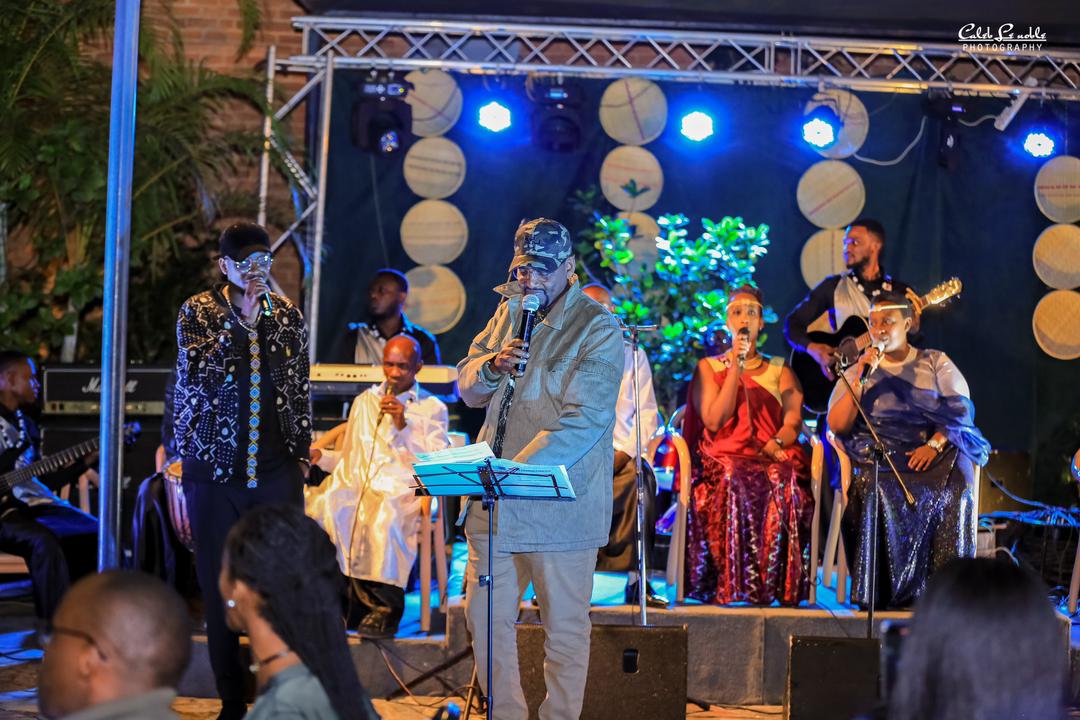 Between 150-200 people attended the show that took place in the gardens of the hotel to allow space between them in order to avoid covid 19.

Most of the songs performed were songs Masamba penned down during the strong and moral songs that used to cheer up RPA fighters of the liberation struggle. 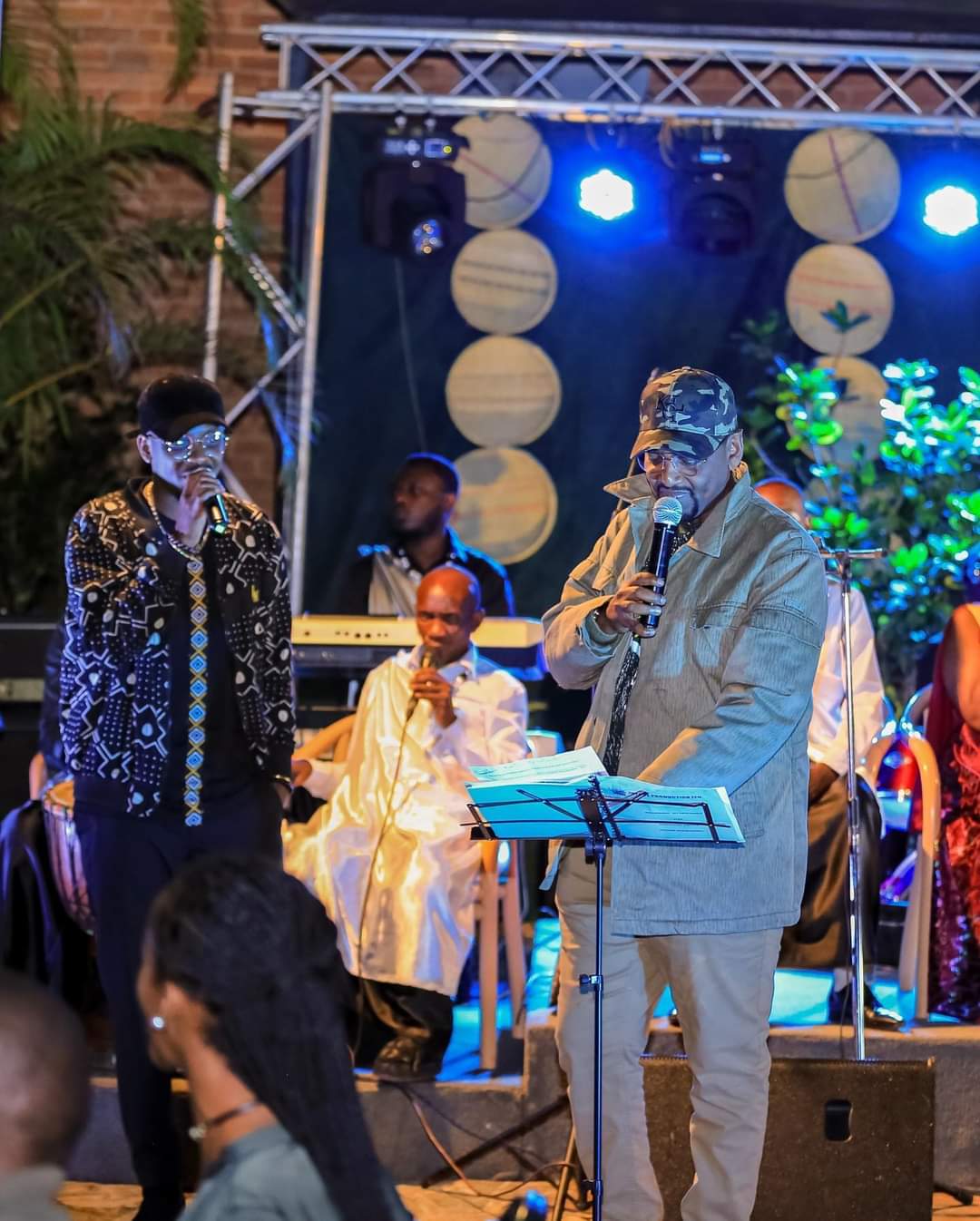 The show started at exactly 7PM with performance from Inganzo  Ngari, Gakondo, Sentore and Masamba until 10PM ,when curtains were closed down due to curfew time. 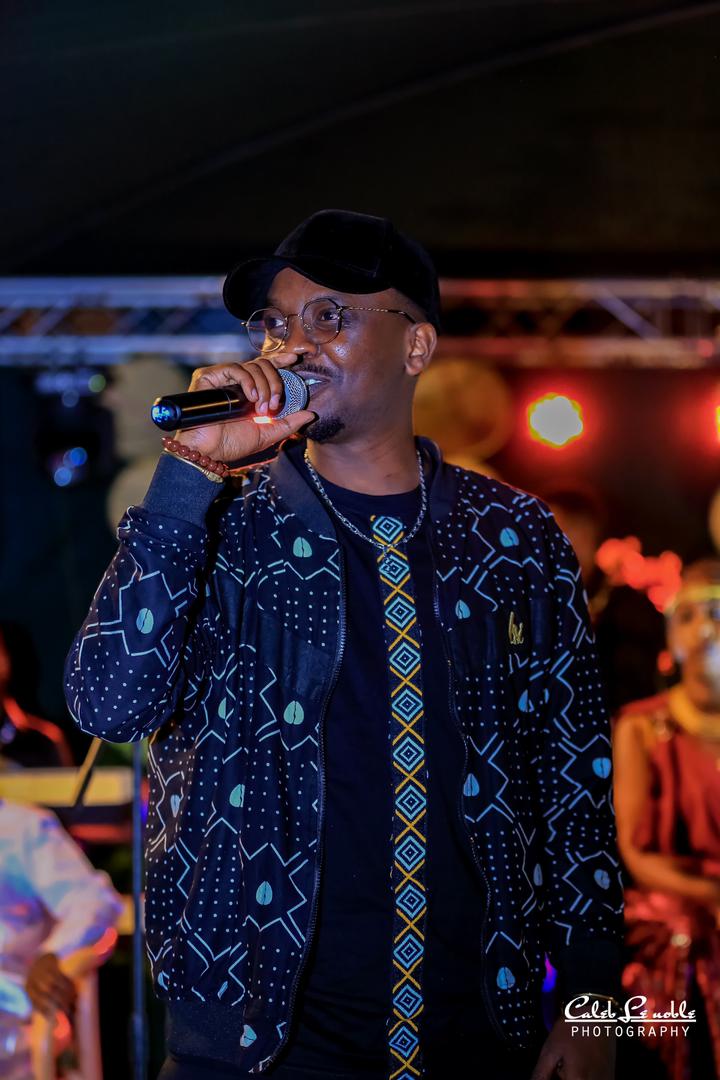 This is the first series of many shows coming up as Masamba recently told KTPress that, he wants to resume Gakondo shows at Mille Collins every Saturday with traditional musicians like Sentore, Teta Diana, Cusack and many more.