President Paul Kagame has called on African countries to push towards eliminating violence against women and norms that hold back women and girls to achieve true gender equality and empowerment.

President Kagame made the call on Thursday in Kinshasa, Democratic Republic of Congo (DRC) at the men’s conference on Positive Masculinity, hosted by President Félix Antoine Tshisekedi in his capacity as the Chairperson of the African Union (AU).

The Head of State said that women and girls remain vulnerable to abuse despite the recognition that it is deeply wrong, and harmful to the collective development efforts of the countries.

“There is no denying that men are generally the authors of violence against women and girls. Men have a special responsibility to speak out and take action,”

“We must act to tackle the structural impediments and deep-seated norms that fuel harmful masculinities, and cultivate instead, in the words of this conference, positive notions of masculinity,” President Kagame said.

“Gender equality is much more than a moral obligation; it is a right which cannot be abridged,” he added.

He pointed out that women’s empowerment should be anchored in strong legal and policy frameworks, citing the country’s efforts towards achieving that.

“In Rwanda, we have established more than 40 Isange One Stop Centres around the country to provide protection and care to victims of gender-based violence, 24 hours a day,” he said.

President Kagame said that it is time for African countries to committee towards eliminating violence against women and girls in a more effective approach.

“It is time to work to work together towards an African Union convention to eliminate violence against women and girls,”

“We must commit to tackling the negative mindsets in some men and boys that normalize violence against women and girls. Working together, we can end this scourge,” he pointed out. 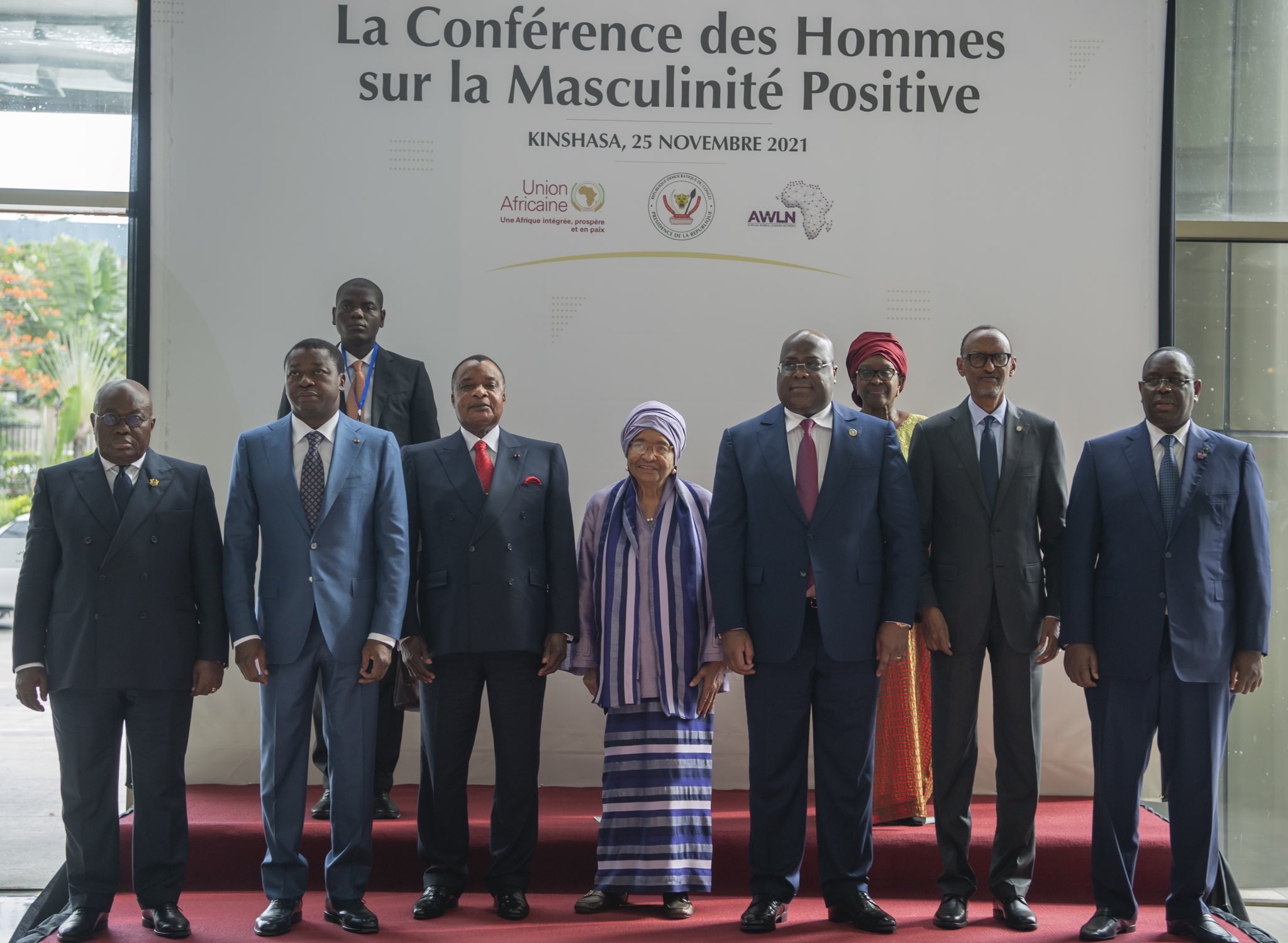 President Kagame thanked his Congolese counterpart Tshisekedi for the invitation to attend what he described as a very important conference to tackle GBV and revisiting the role of men on the continent in ensuring that violence against women and girls is eliminated.

The two Heads of State also took the opportunity to discuss the bilateral cooperation between the two countries which President Kagame said is important for peace, development, and stability not only for the two countries but also for the region and beyond.

“This invitation and conference have come at the right time to renew the friendship and cooperation between our two brotherly countries DRC and Rwanda,” President Kagame said during a joint briefing. 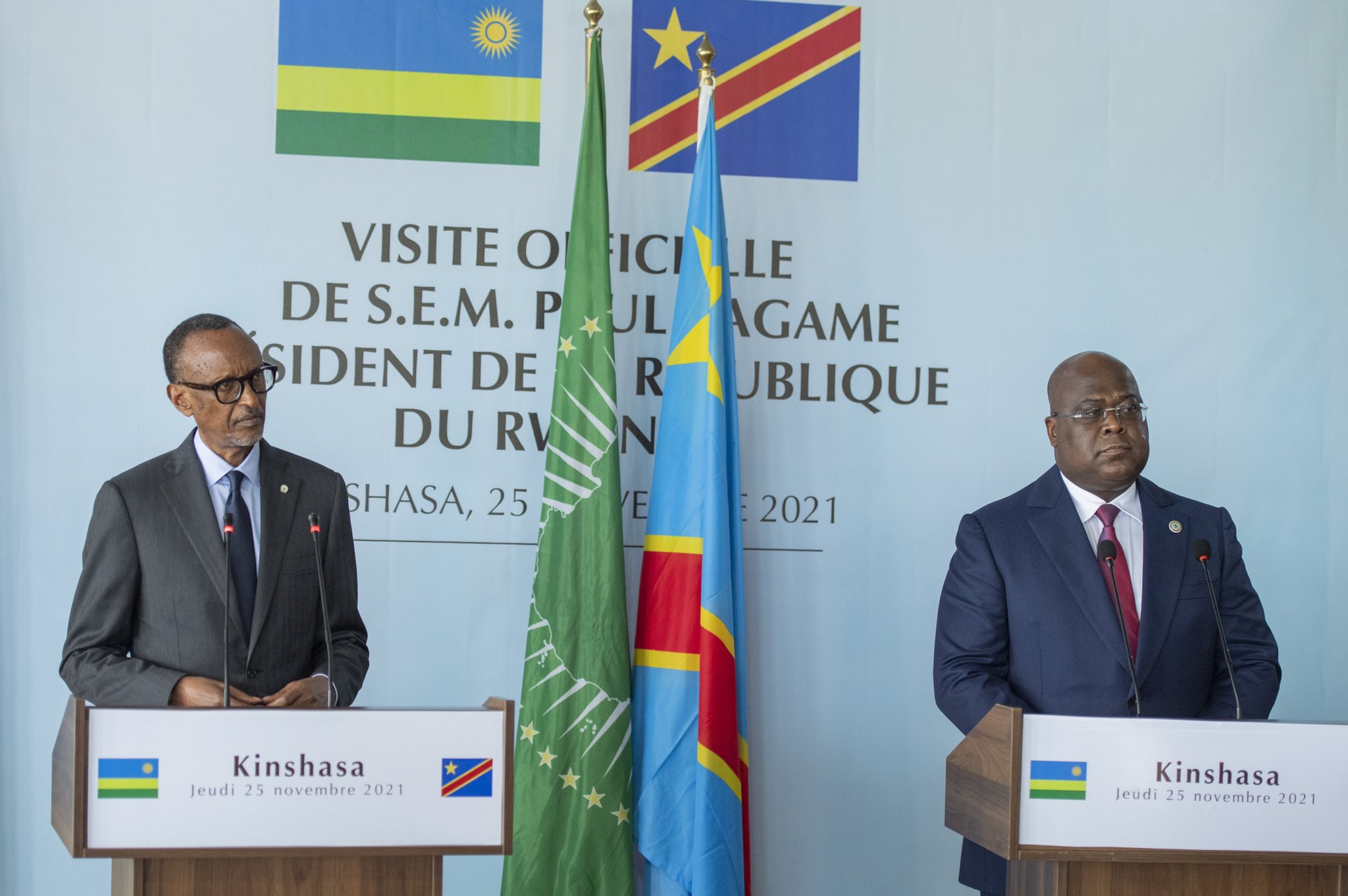 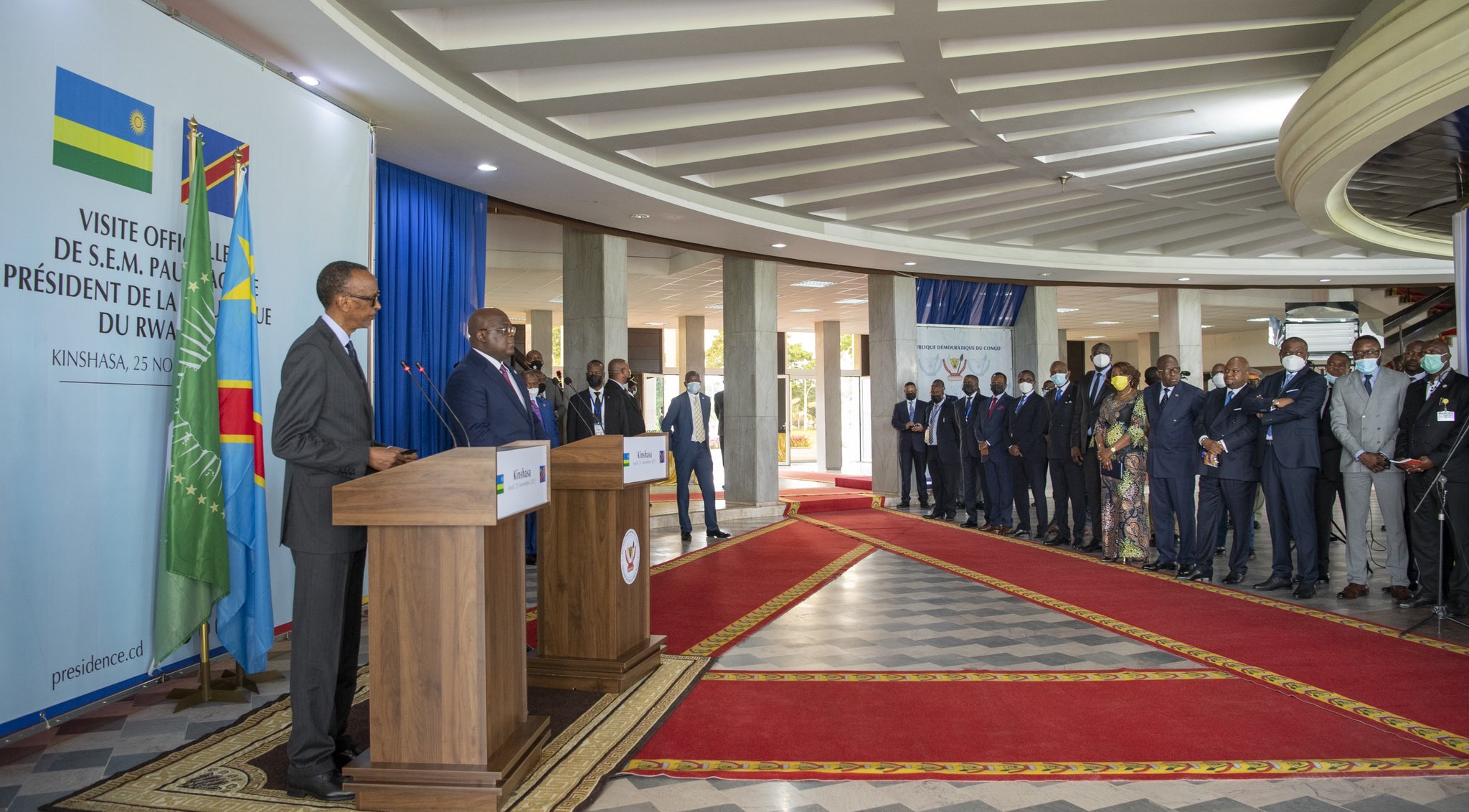 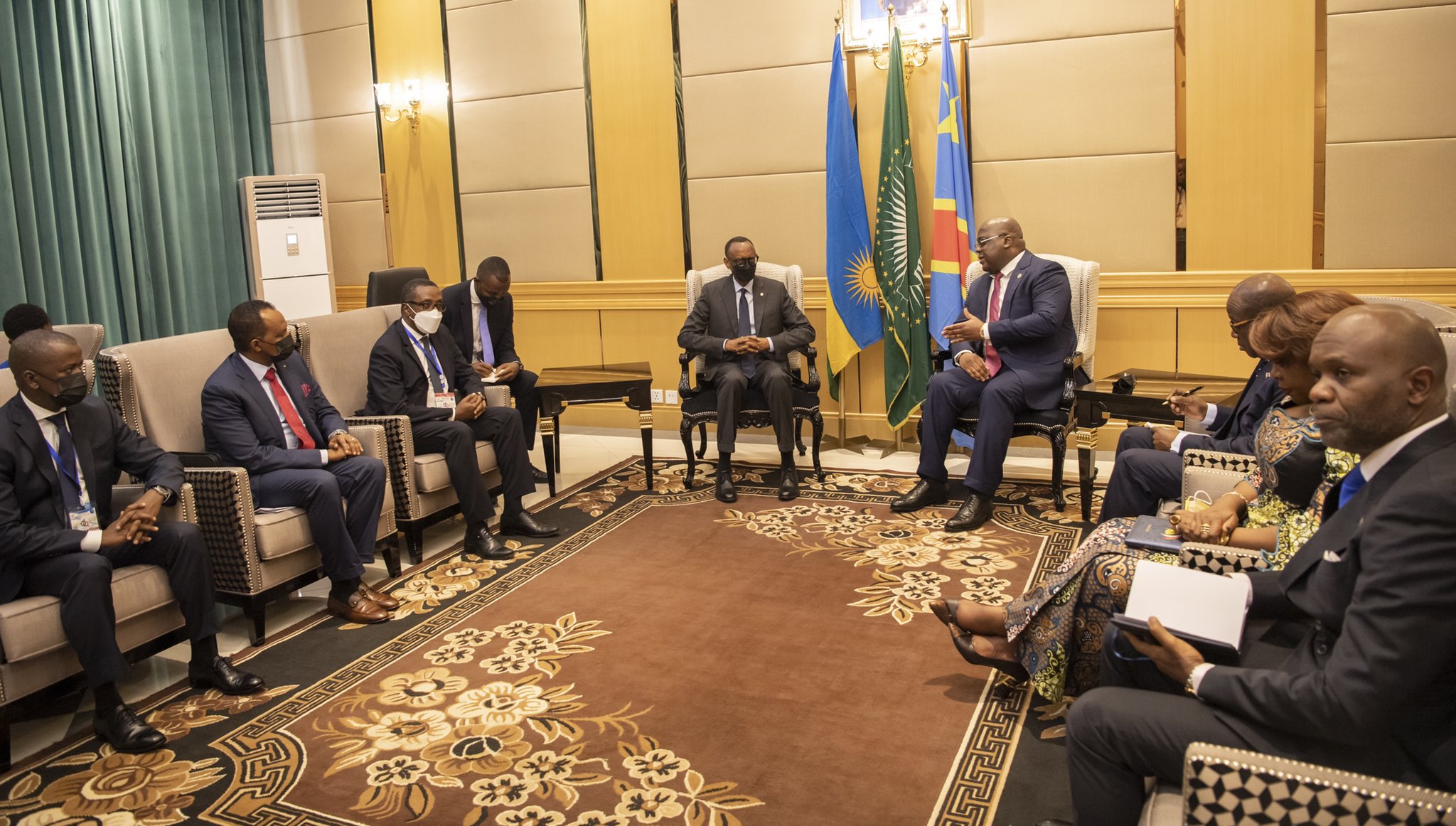 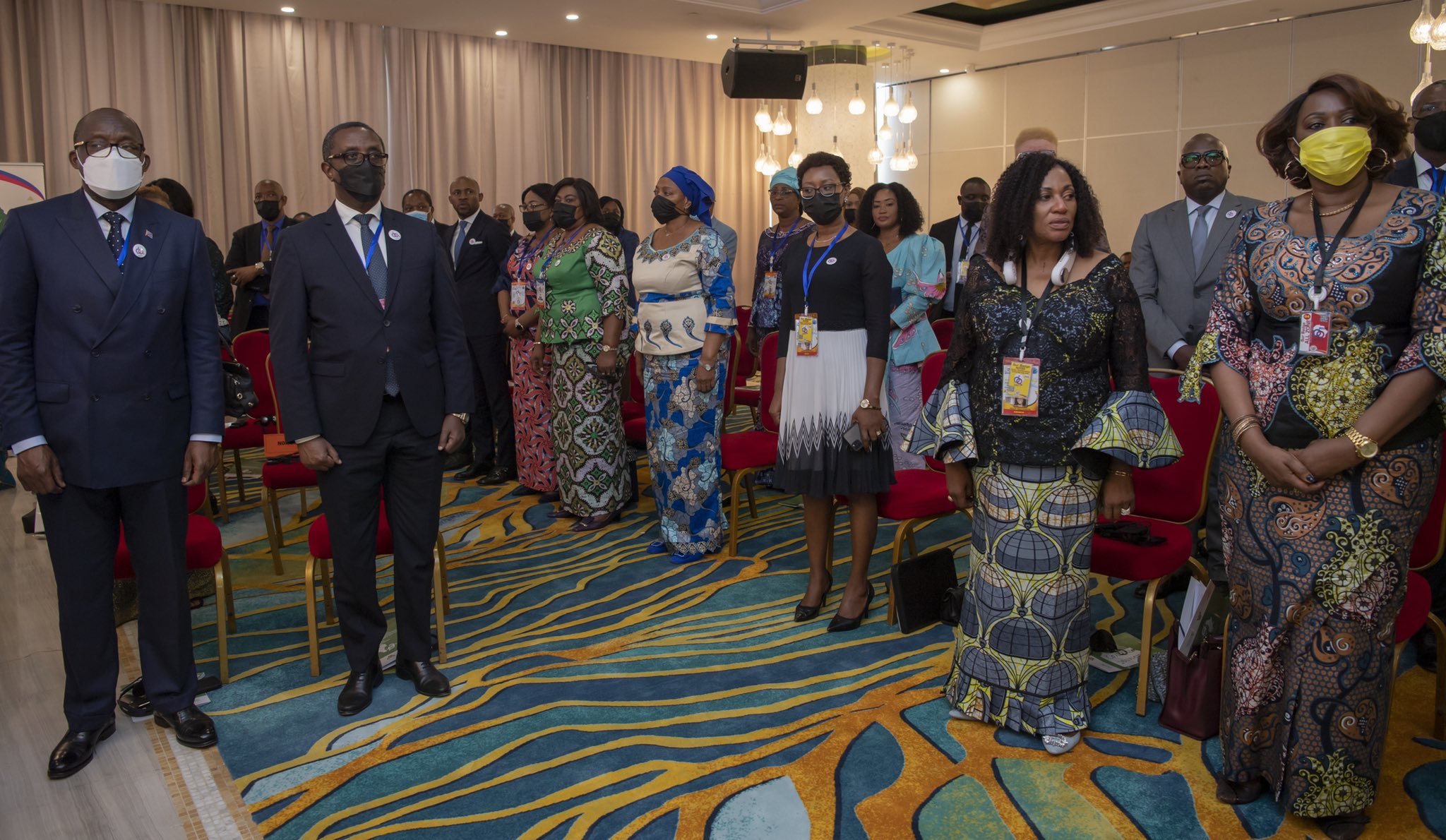