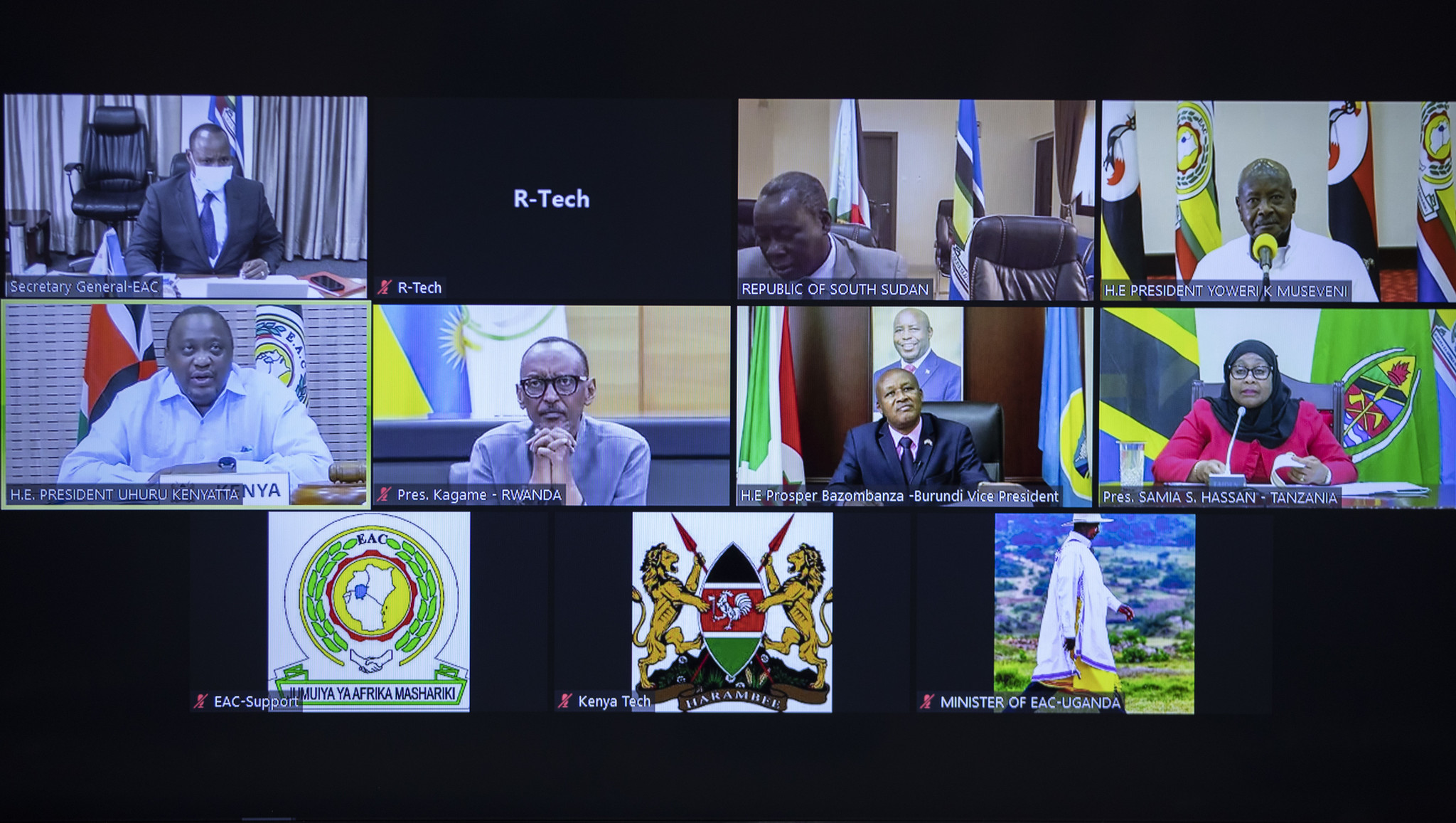 Leaders of the East African Community (EAC) on Wednesday resolved to fast track the process to admit the Democratic Republic of Congo (DRC) into the regional block, as the vast African nation sets sights on becoming the 7th partner state.

The leaders made the call during the 18th extra-ordinary summit of the EAC heads of state which was held virtually, under the chairmanship of President Uhuru Kenyatta.

A joint communique issued after the summit attended by President Kenyatta of Kenya, President Paul Kagame of Rwanda, President Yoweri Kaguta Museveni of Uganda and President Samia Suluhu Haassan of Tanzania urged the council of ministers to fast track the admission process and ensure that DRC joins the bloc.

The regional Heads of State put aside some of the existing bilateral and diplomatic challenges existing between the countries to meet in what was described as a warm and cordial environment.

The summit observed a minute of silence in honour of the late Tanzania President John Pombe Joseph Magufuli, who passed on in March this year, recognising him for his contribution towards the regional integration process, infrastructure development and steering economic growth.

The leaders also used the opportunity to welcome President Suluhu Hassan, who was attending the EAC Heads of State Summit for the first time, before they shifted focus to the main topic on the agenda, which was the admission of DRC into the bloc.

“The summit recalled that at its 21st ordinary meeting held on 27th February, 2021, it considered the application by the Democratic Republic of Congo (DRC) to join the EAC and directed the council of ministers to expeditiously undertake a verification mission to the DRC in accordance with EAC procedures for admission of new members into the EAC and report to the 22nd summit,” the communique reads. 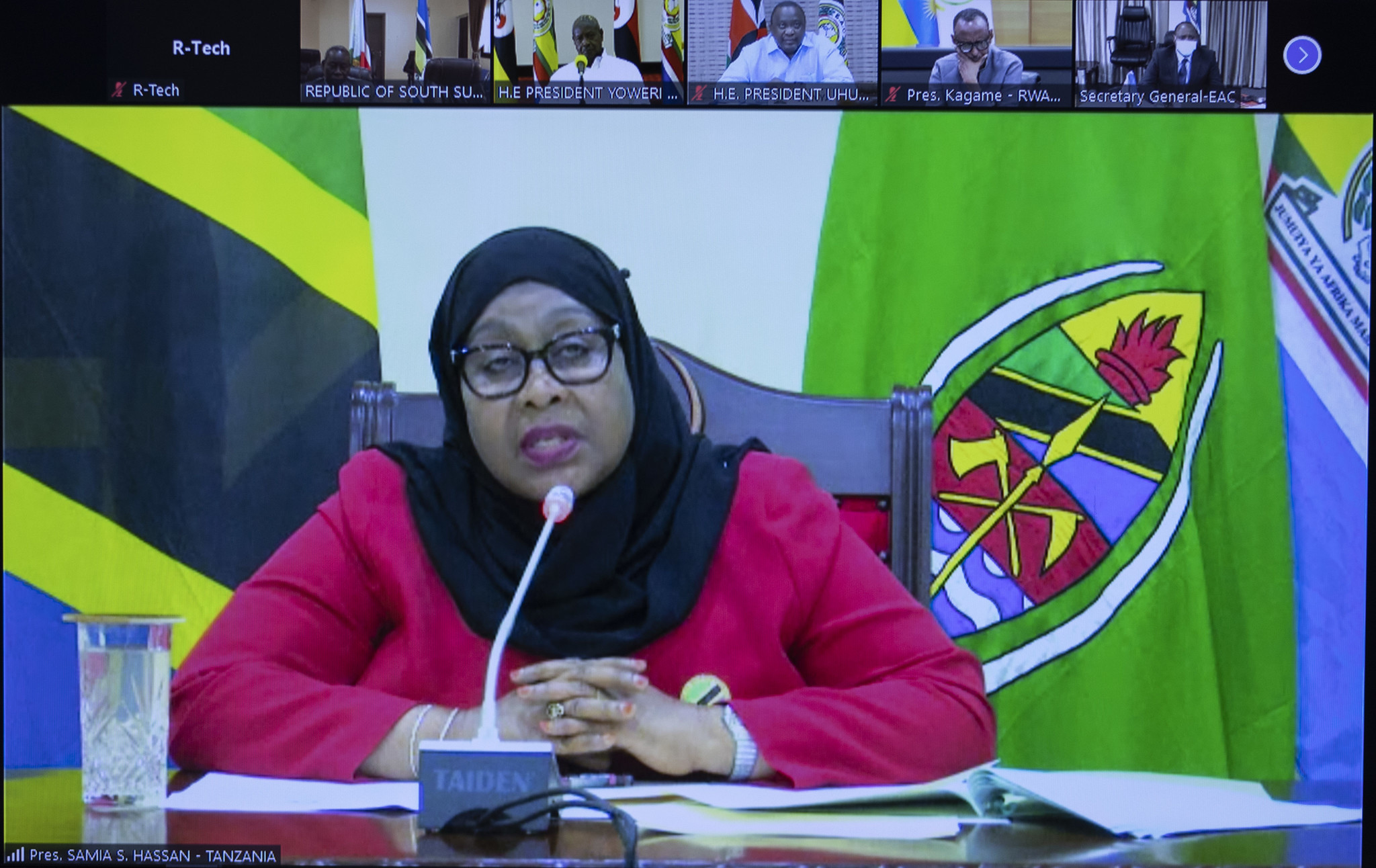 President Suluhu of Tanzania attended the summit for the first time.

Among other things, it said the summit considered the proposal to amend rule 11 of the rules of procedure for the summit of the heads of state or government, which would pave the way for the process to be fast tracked.

The leaders also directed the secretariat to convene an extra-ordinary meeting of the sectoral council on legal and judicial affairs to deliberate and advise on the proposal for consideration by the next summit which shall consider and conclude on this matter.

President Kagame, who has been a proponent of the admission of DRC, Rwanda’s neighbour to the west, welcomed the progress of the process to have the resource rich country become part of the EAC bloc.

“Rwanda welcomes the progress made to with regards to the admission in the East African Community of the Democratic Republic of Congo,”

“We look forward to the prompt conclusion of the remaining admission procedures,” said President Kagame, who has backed DRC’s bid to join since its submission in 2019. 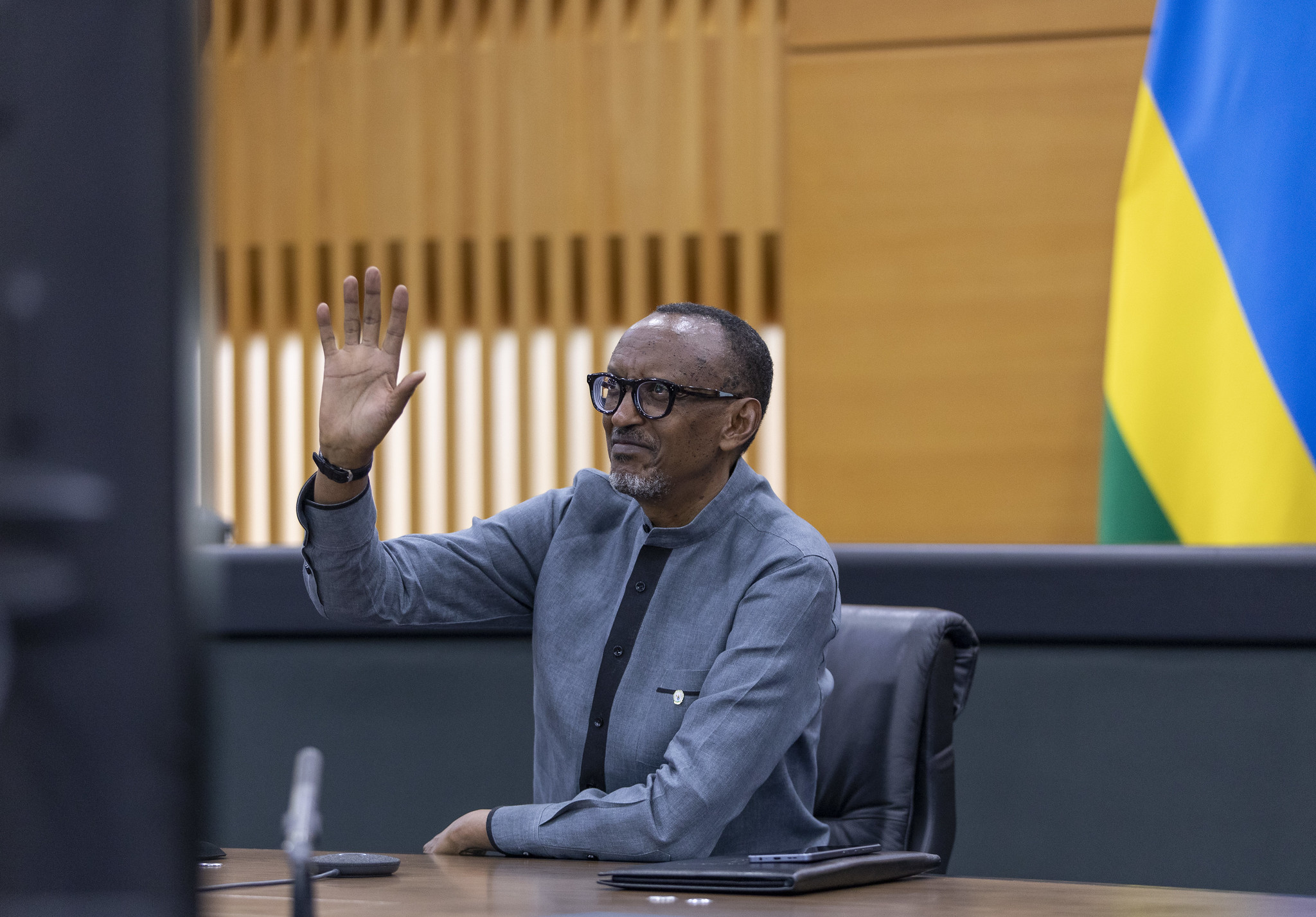 President Kagame has been backing the admission of DRC into the EAC bloc since Kinshasa expressed interest.

President Suluhu similarly welcomed the process of admitting DRC in the EAC, pointing out that it will strengthen and deepen further the EAC integration agenda.

“Today’s meeting is very important, as it is going to set a new milestone to our integration. We have considered the verification measure report on the readiness of DRC to join the community and we have given directives, which will expedite finalization of the remaining processes,”

“We all know the importance of DRC joining our community, as all partner states have long and close cooperation by either bordering or bilateral relationships, which will enhance the prosperity of our people,” President Suluhu said, adding that DRC is joining her ‘brothers and sisters’.

As the Covid-19 pandemic continues to spread across the region and the globe, EAC leaders called for joint efforts to deal with the pandemic, which continues to disrupt economies, which are yet to fully recover.

President Kagame emphasized the need for countries to work together if they must overcome the challenges presented by the virus, which over the past nearly two years has led to border closures and restrictions on cross-border movement of people and goods.

“I want to mention that as the year comes to an end, we all continue to confront the challenge of the COVID-19 pandemic,”

“This threat demands that we work closely together as a region, to protect the health of our people and minimize the disruption to our economies,” President Kagame said, his message getting reiterated by President Kenyatta.

“We are meeting at a unique time when all of us are faced with yet another variant of the Covid-19, the so-called Omicron variant, which is said to carry a high risk of infection.

“The variant may explain the infection rate spikes that each of us are now witnessing in our respective countries, across our region, the continent, and the globe. In moments like this our unity and common purpose is tested,” President Kenyatta said. 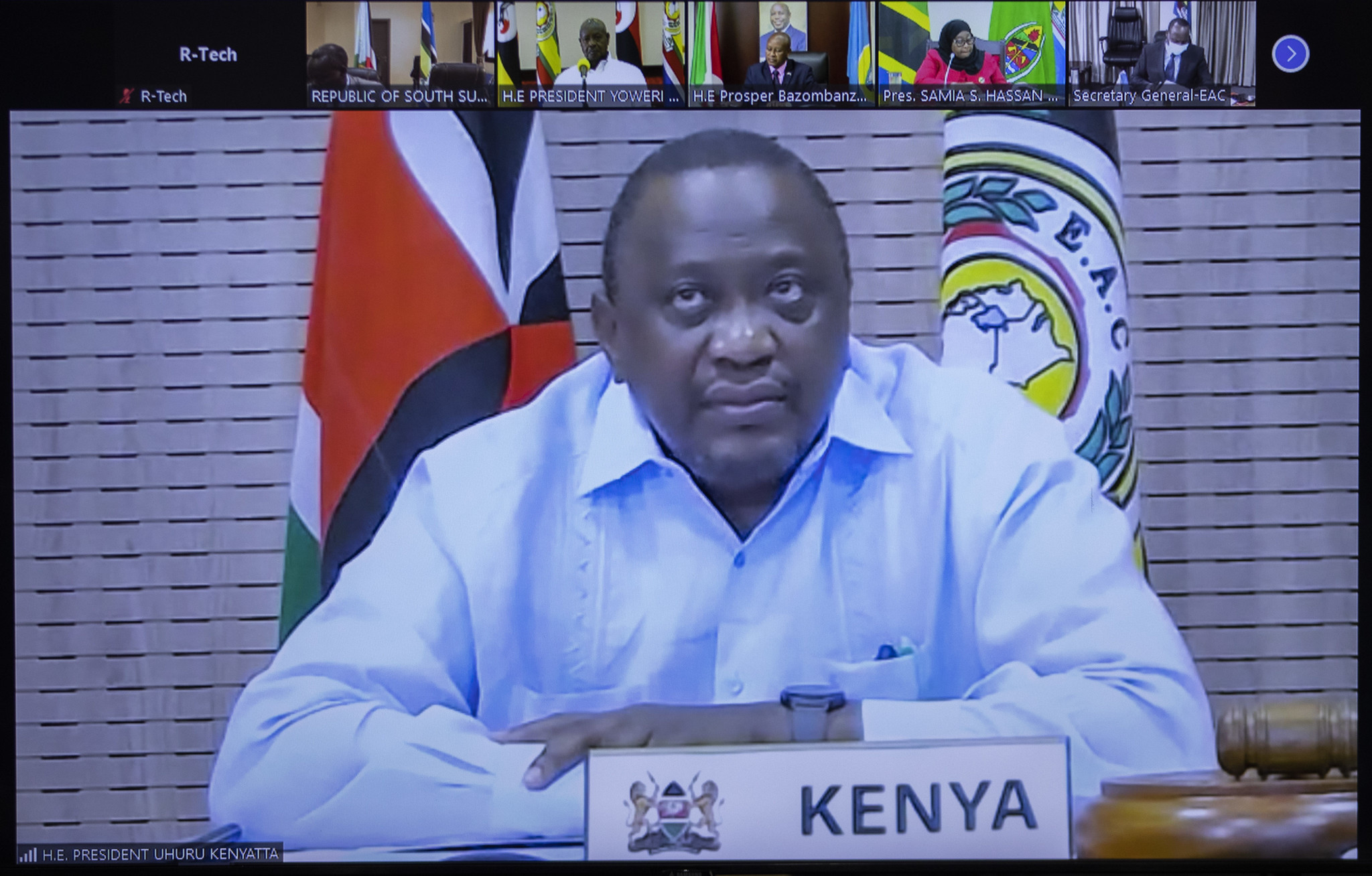 President Kenyatta, who chaired the summit reiterated the importance of unity in combating the Covid-19 upsurge in the region.

In such a crisis, President Uhuru said that as the articles of the EAC common treaty say, partner states are greater working together to overcome the pandemic, as opposed to individual countries.

“Our greatest strength is without doubt our unity, and when we come together, nothing is truly impossible for us to achieve,” the Kenya leader said.

“We are therefore challenged in this 5th wave of the disease, to work much closely together and to align our health protocols,” he added, pointing out that the resolve for EAC partner states to work together and align strategies to fight the pandemic has been emboldened.