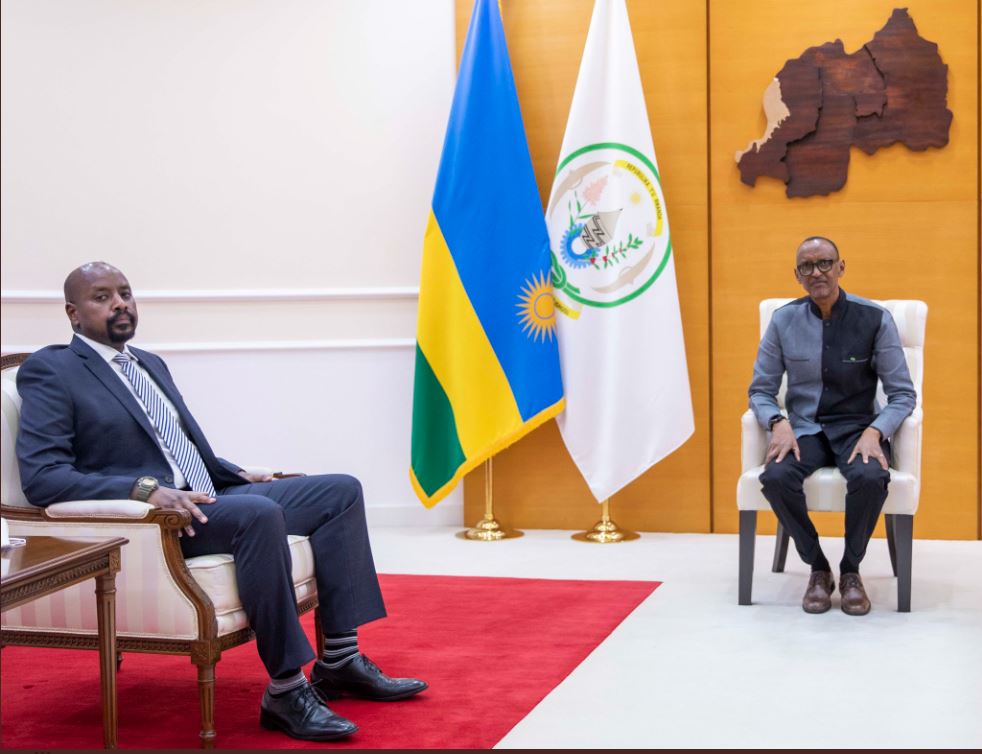 President Paul Kagame on Monday, at Urugwiro Village, met Lt. Gen. Muhoozi Kainerugaba, with whom he held talks on the relations between Rwanda and Ugandaas the two countries look to iron out the differences that have affected relations over the past five years or so.

No details of the meeting were shared but Gen. Muhoozi recently tweeted that he had agreed with President Kagame to return to Kigali for further discussions after a successful first visit on January 22, laid ground for the thawing process to begin. The two leaders at the time agree to reopen the Gatuna One Stop Border Post on January 31 -a move which was welcome by regional and continental blocs.

Despite the reopening of the border, President Kagame said in February that there are more issues to be addressed with Kampala, including the safety of Rwandans who travel to Uganda and the issue of subversive groups such as Rwanda National Congress (RNC) operating on the soil of the East African country.

Gen. Muhoozi is in Uganda for a three-day ‘private’ visit on invitation of President Kagame.