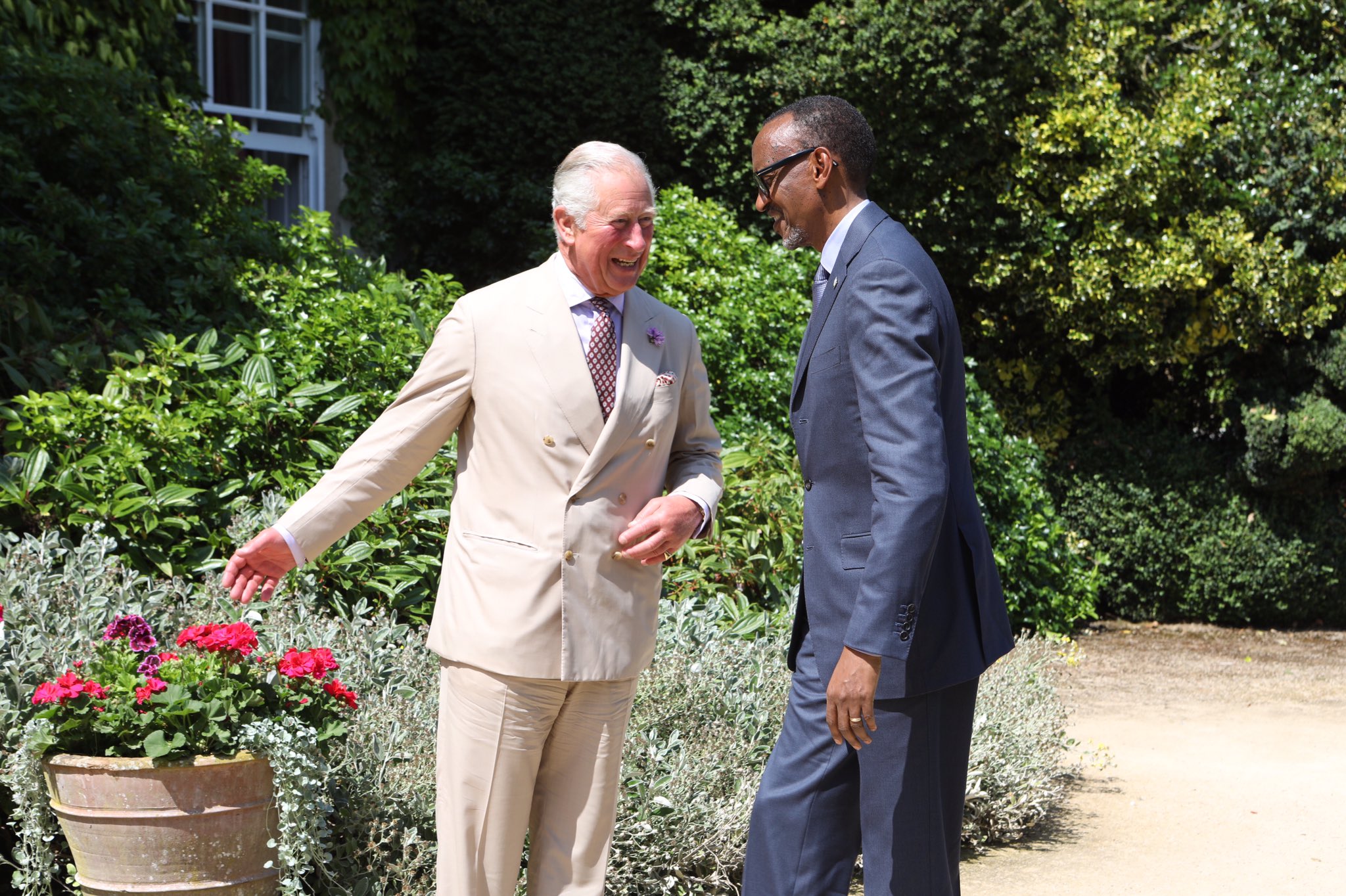 In July 2019, President Kagame met with Prince Charles at Highgrove House in Gloucestershire where they discussed the Commonwealth Heads of Government Meeting that was supposed to be hosted by Rwanda in June 2020 but was later postponed twice due to the Covid-19 pandemic. The meeting is expected to take place in June this year.

President Paul Kagame and Prince Charles on Tuesday evening spoke over the phone on the ongoing preparations of the Commonwealth Heads of Government Meeting (CHOGM 2022) to be held in Kigali, Rwanda this coming June.

The Head of State, who was on a three-day state visit to Congo, Brazzaville, said on Twitter that he had a fruitful conversation on a number of issues with the Prince of Wales and heir-apparent to the British throne, who is expected to represent Queen Elizabeth II at the Kigali summit.

“Had a productive phone conversation with Prince Charles @ClarenceHouse who we look forward to welcoming to #CHOGM2022. We discussed partnerships that include addressing climate change and the ongoing success of the Sustainable Markets Initiative,” President Kagame tweeted.

The call came with just over two months left to CHOGM 2022 which will kick off in Kigali the week beginning June 20. On March 14, Prince Charles and his wife, Camilla, the Duchess of Cornwall, announced that they will be in Kigali for the meeting which will bring together heads of governments or their representatives from the 54 member countries of the Commonwealth.

Had a productive phone conversation with Prince Charles @ClarenceHouse who we look forward to welcoming to #CHOGM2022. We discussed partnerships that include addressing climate change and the ongoing success of the Sustainable Markets Initiative.

In Kigali, leaders will discuss challenges faced by member states and the world in general and come up with sustainable solutions in the face of the devastation left behind by the Covid-19 pandemic and those presented by climate change.

“As the world works to recover from the Covid-19 pandemic, and in this Jubilee year, it is more important than ever that the countries of the Commonwealth come together,” said Prince Charles in a statement issued by Clarence House, the official residence of Prince Charles, on March 14.

“As a family of some 2.6 billion people from 54 nations across six continents, the Commonwealth represents a rich diversity of traditions, experience and talents which can help to build a more equal, sustainable and prosperous future,” adds Prince Charles in a statement.

“With this shared sense of common purpose, and in view of recent, enforced postponements, my wife and I are delighted to be attending the Commonwealth Heads of Government Meeting in Kigali, Rwanda, in June.”

The Government of Rwanda has reiterated its readiness to host the meeting which has been postponed twice due to the Covid-19 pandemic. Initially CHOGM was supposed to be held in June 2020 but was postponed to the same month in 2021, but with the virus persisting, it was postponed to this year.

With roads and other facilities to host the meeting already in place, Rwanda says it has been ready to welcome the world since June 2020. The country used the ample time due to the postponements, to put a refining touch.

The leaders’ summit will be preceded by meetings for representatives from Commonwealth networks for youth, women, civil society, and business actors discussing current political, economic, social and environmental issues.

The Commonwealth is a voluntary association of 54 independent and equal countries. Representing a third of the world it is home to 2.6 billion people and includes both advanced economies and developing countries.