The Kanjogera hitmaker will be performing on stage alongside Uganda’s big musicians like Bebe Cool and Jose Chameleon.

Masamba is famous for cultural songs and recently he had a busy month performing across north America, Sweden, Norway and Belgium.

Gen. Muhoozi through twitter while announcing Masamba as one of the acts to perform, revealed that, he can’t wait to dance his favorite tune ‘Inkotanyi Cyane’. 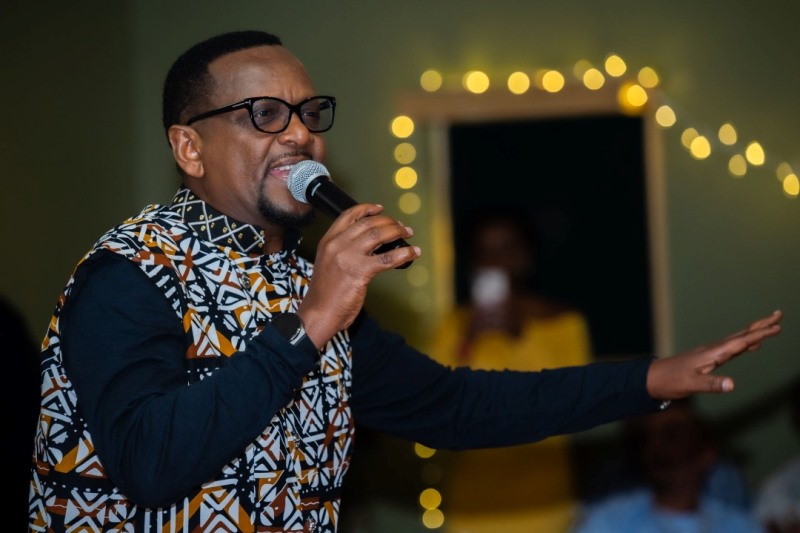 The much hyped birth day pre-party will be held at Lugogo Cricket Oval on 23th April, while the father, president Museveni of Uganda will host a dinner party in the state house, April 24. Masamba is expected to perform at both events.

The Senior Presidential Advisor in Charge of Special Operations and the Commander of Uganda’s Land Forces, Muhoozi is praised for driving the wheel to normalize relations between Rwanda and Uganda lately by travelling back and forth in Kigali.

Gen. Muhoozi has in recent days been posting about his glorified 48th birthday and sharing updates on the ongoing preparations of the big day.

According to close friends of Masamba, the later is already on cloud nine praising the honor and invitation to perform at birth day party.

He will be the third musician to perform in Kampala live ever since relationship between the country got back on track after Bruce Melodie, Charly and Nina.

Among other celebrities in Rwanda invited include Miss Rwanda 2014, Mutesi Jolly, Gen. Muhozi sent the invitation via his official twitter handle.

Meanwhile, Masamba is working on a new album which will be composed of 90 percent of his father’s songs slated to be dropped late this year, if all goes as planned.

Masamba is a well-established artist with a huge fan base and through traditional music, he has promoted Rwandan music and culture on a global scene.