Rwandan Gospel musician who is based in Canada, Gentil Misigaro has said that Gospel artistes need to be prayerful, obedient and humble.

“For underground and other gospel artistes I would tell them that this carrier requires prayers, hard work, courage, obeying everyone, having goals, discipline, and most importantly, being humble,” he said.

The Singer who recently released a song “Nzagutegereza”(I will wait for you) gave this advice during an interview with Kigali Toady Reporter, addressing upcoming gospel artistes who wish to grow as well as established ones.

He said that these values can help anyone who wish to start gospel music carrier to achieve their objectives of spreading the Word of God and bringing many to God through praise and worship that touch many a heart. 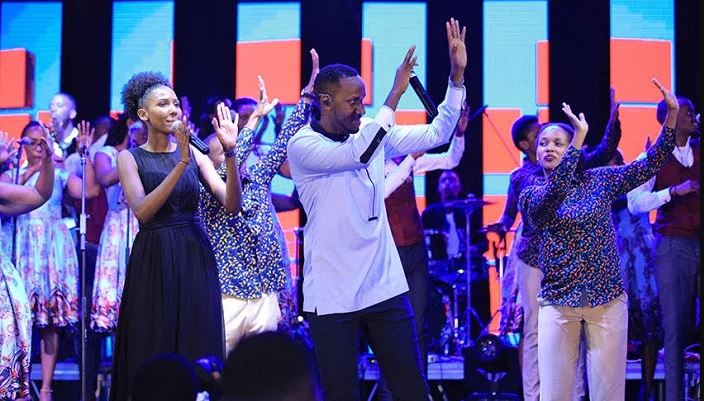 Gentil Misigaro who is known for the songs like ‘Biratungana, Buri munsi, Umbereye Maso’ and many others, is now doing a tour dubbed ‘Amashimwe World Tour Concerts’, to promote his third album ‘Amashimwe’ in different parts of the globe.

The concerts are expected to reach places like Hannover in Germany, Manchester in Britain and United States of America.

Misigaro is married to Rhoda Mugiraneza, who is supporting him in his carrier mainly in song writing, and organizing different concerts.