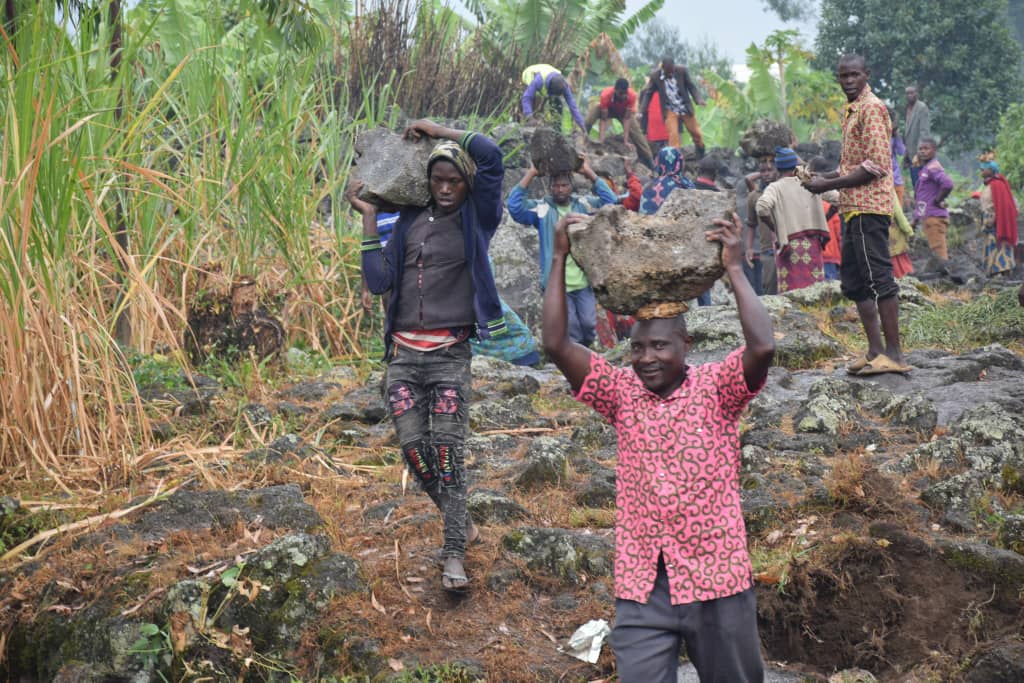 Community giving their best at Umuganda in Musanze

Today, communities gathered in all villages of the country to give back to the community for development, through Community works.

Also known as umuganda, the community works fall on every last Saturday of the month to clean the environment and contribute to construction of public, social infrastructure among others.

Among today’s Umuganda early birds were Dancille Nyirarugero, Governor of the Northern province. They picked up spades, pangas and hoes to make a two-kilometer feeder road in Cyogo cell to Muko sector, located in Musanze district. 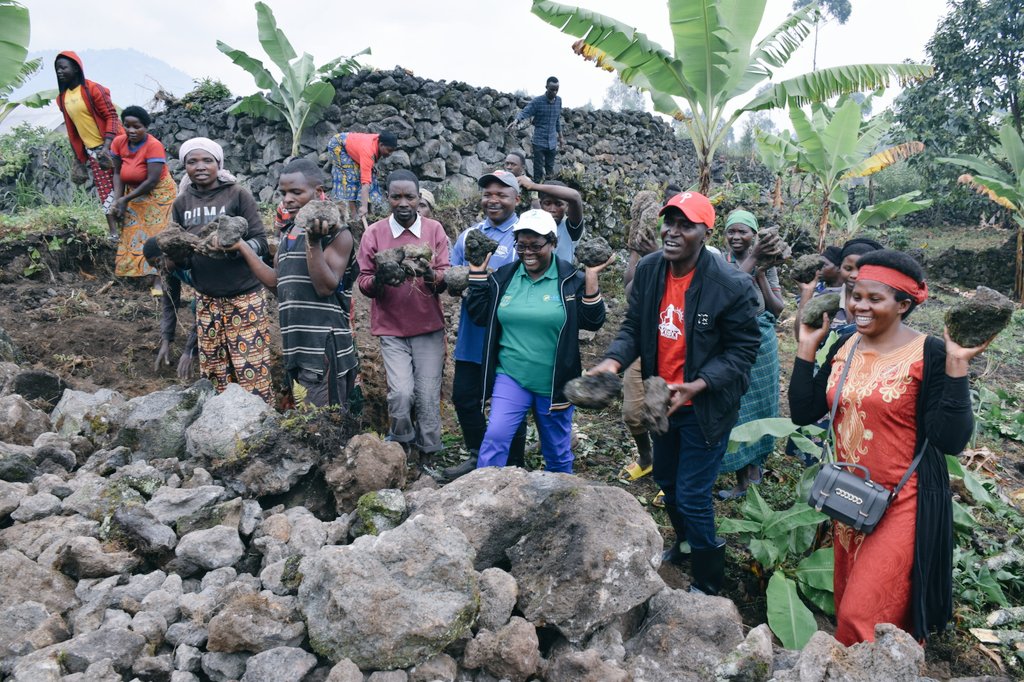 After Umuganda, Governor Nyirarugero delivered a message of preventing family disputes and sorting out existing ones amicably. Officials advised residents to consider mediation first when dealing with family disputes before rushing to court processes. 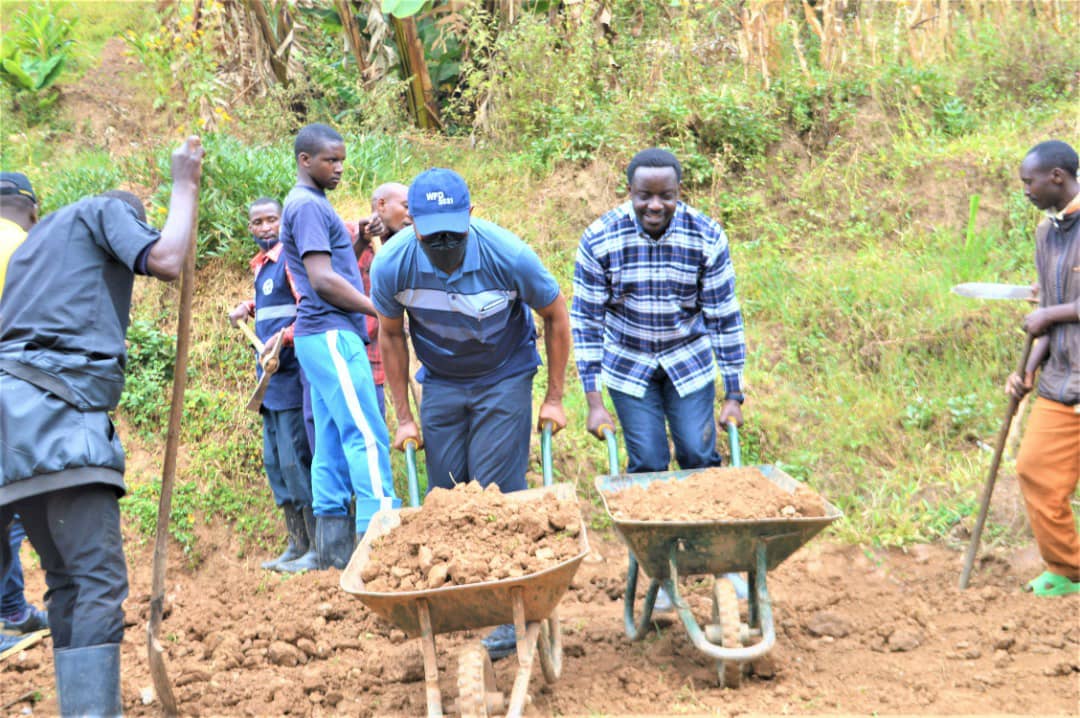 Family disputes have been a noticeable challenge, calling for the government through the Ministry of Gender and Family Promotion (MIGEPROF) to conduct campaigns as part of efforts to combat it.  For example, In the 2017/2018 fiscal year, the Office of the Ombudsman received 2,493 cases of injustice dominated by land wrangles. 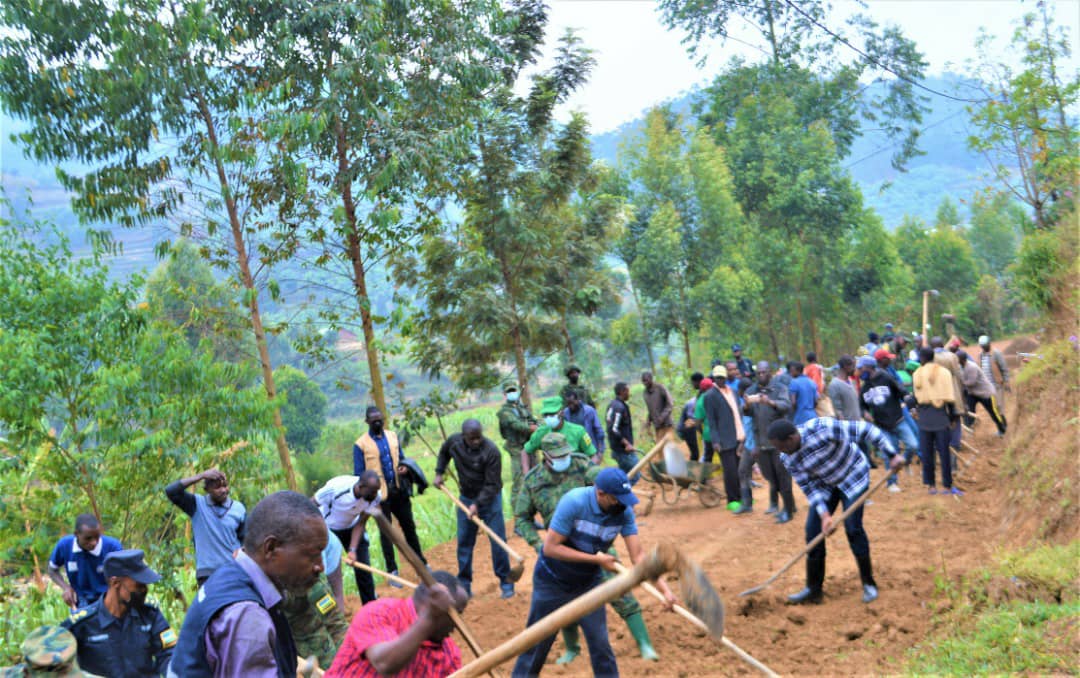 In Musanze  district, also, Miss Rwanda 2022 Divine Muheto joined residents of Muhoza sector to dig terraces on the Mugara hill which has been formerly affected by soil erosion.

The Eastern province was not left out. Eng. Patricie Uwase, Minister of State in Rwanda Ministry of Infrastructure (MININFRA) led residents of Bugesera district in the establishment of terraces in Mayange sector, Bugesera district. 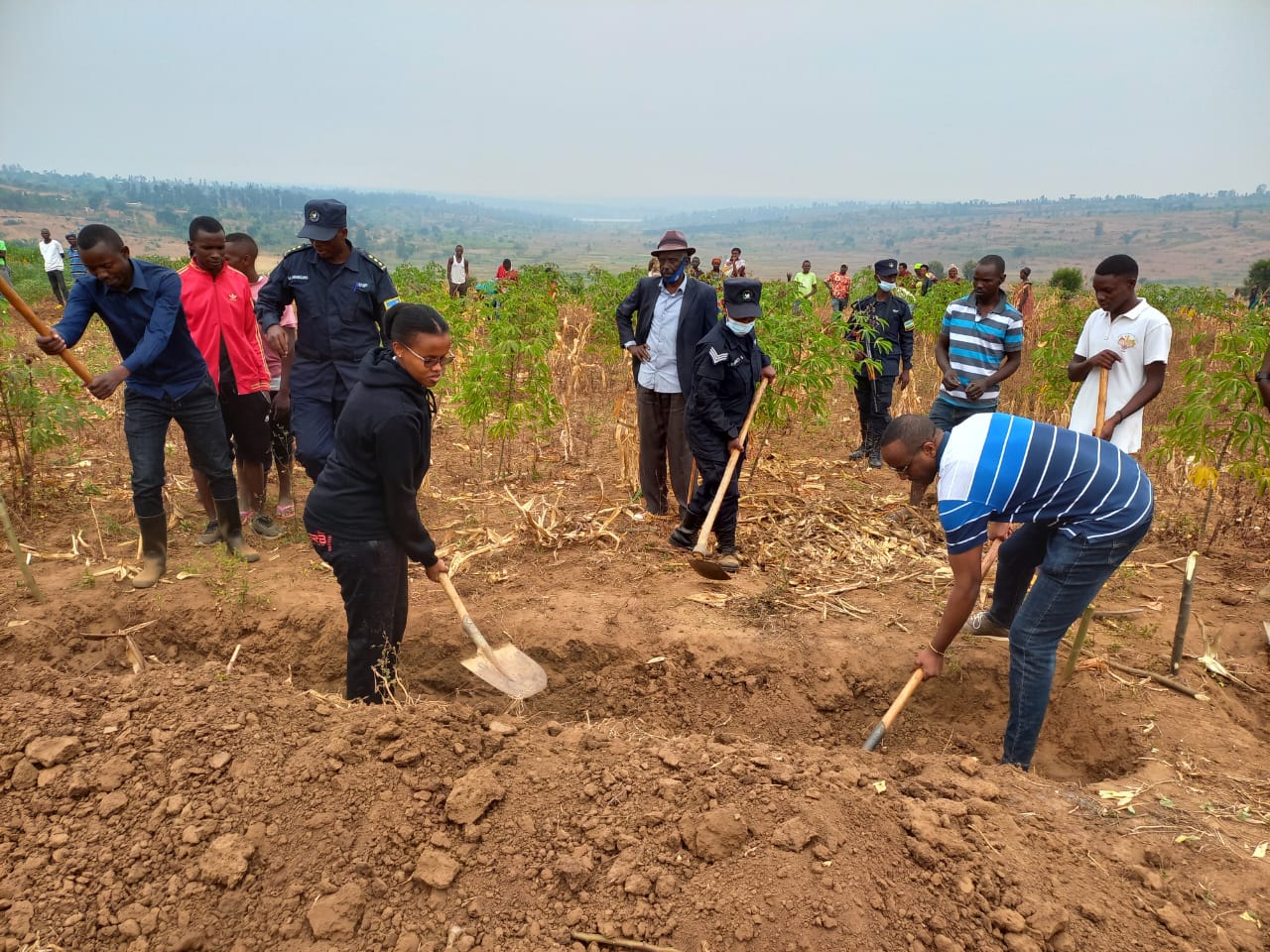 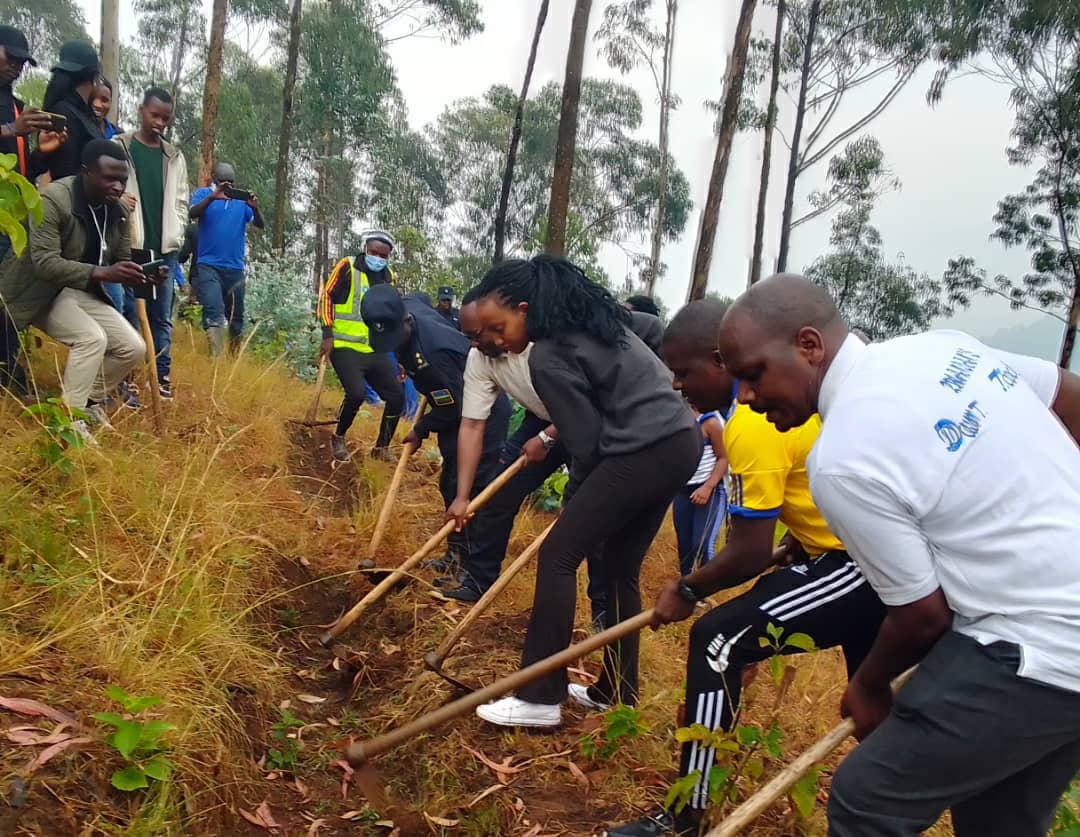 In Ruhango district, Southern Province, Security officials joined residents to clean trenches and build a bridge on a small river called Nyakwibereka. The river meanders between Nyamiyaga and Kamuraza sector of Ruhango district. 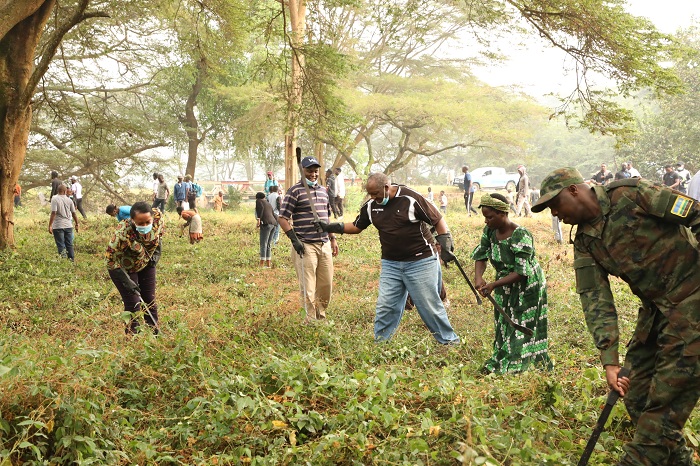 Like other several parts of the country, City based districts embarked on establishing terraces to fight soil erosion. Terraces were dug in Kicukiro, Gasabo and Nyarugenge district.

The activities were led by Minister of Local Government, Jean-Marie Vianney Gatabazi and Mayor of City of Kigali, Pudence Rubingisa.

“One of the reasons we are here is to protect the environment. We prevent soil erosion and protect our land,” Rubingisa said.

After Umuganda, officials  from all villages encouraged the community to take part in the upcoming 5th national population census.